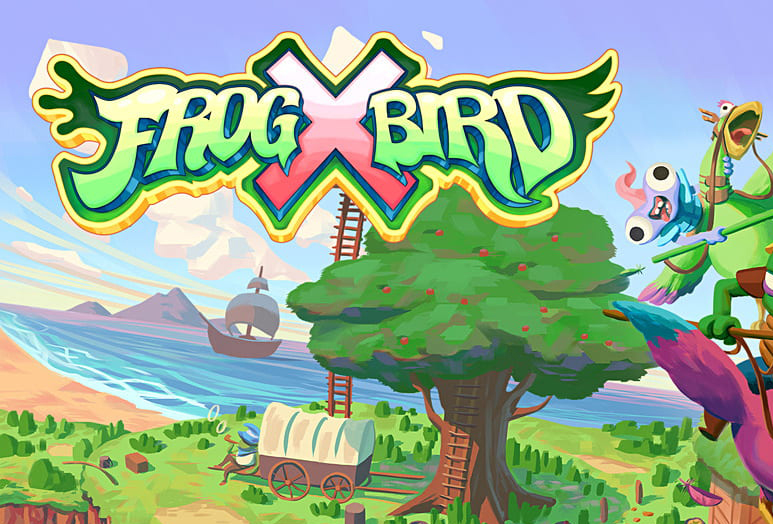 Impale your friends in the sky!

The frog without a princess

While it is undeniable that a vast majority of the party games flourishing on PC are inspired by Nintendo titles, FROG X BIRD is inspired by the classic arcade game Joust. Joust sported knights riding flying ostriches killing waves of similar knights with their lances. In FROG X BIRD, the knights are frogs, and instead of fighting waves of enemies, they kill each other in glorious aerial combat. 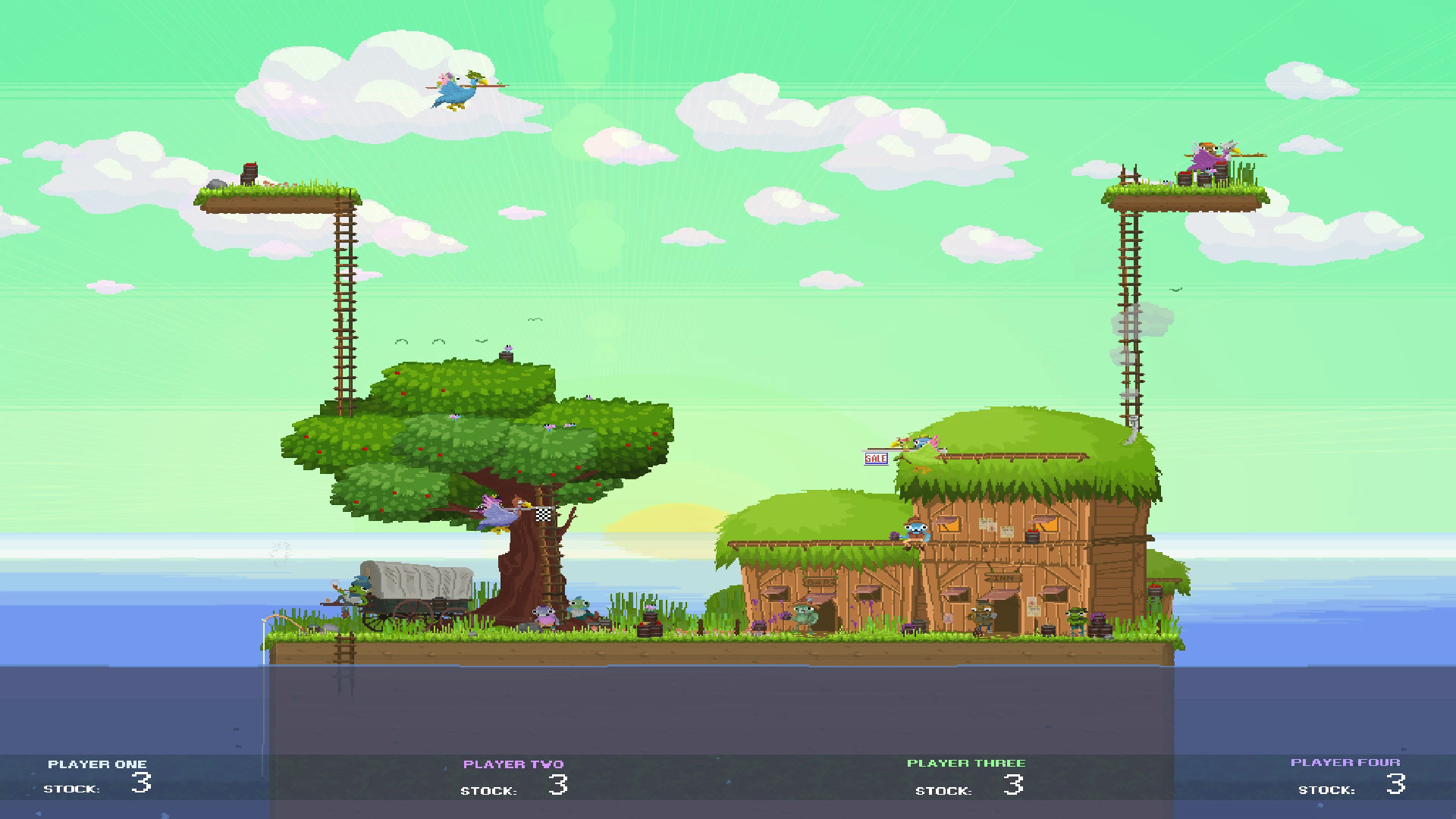 The controls of FROG X BIRD are pretty simple, and yet offer surprising depth. Besides the using a controller stick for movement, the only other button required is the one to take flight and jump/fly in the air. Players kill each other by piercing each other with a lance, or by jumping on someone’s head. The difficulty is to maneuver correctly, as flapping in one direction or another contributes to momentum and it is not so easy to change direction in the blink of an eye. Furthermore, our valiant ostriches get tired and sometimes need to land before they can take off again. 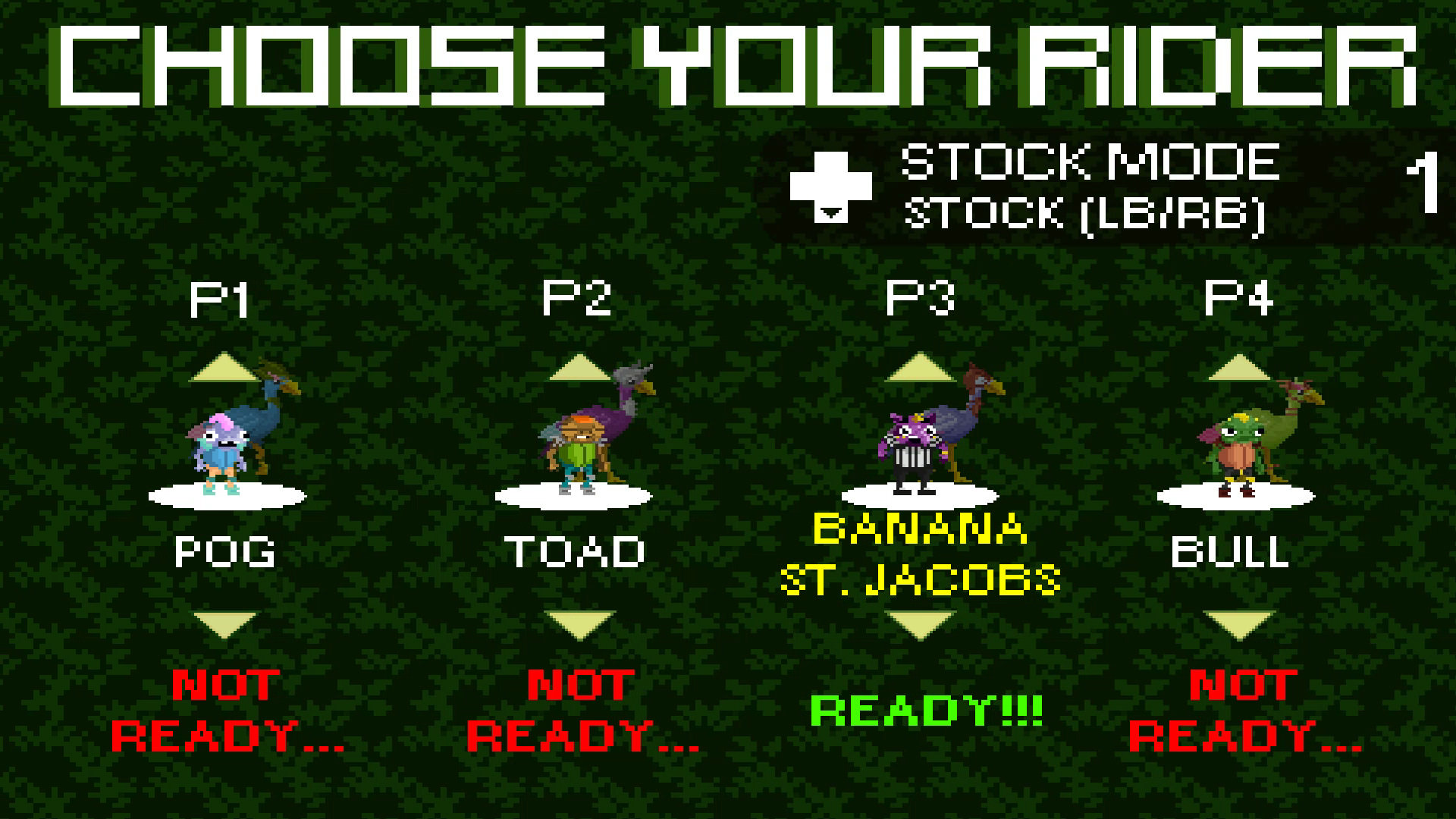 Despite the seemingly accessible controls, when I launched this game with three other people they were utterly confused by what was going on. The culprit is two-fold. First, all characters look similar (they are all relatively small and hard to distinguish frogs in greenish and blueish hues). Secondly, the designation of the players (P1, P2, P3) is not often displayed. The result was a mess with people constantly losing track of the frog, and the weather quickly became thunderous in the room. Things took a turn for the brighter when two survivors remained, and then we were graced with a beautiful jousting ballet. There were mind games as to who would drop from a higher position, who would feint in one direction then quickly outmaneuver their opponent. Therefore, the game can be hazy with four players, but it really shines with two players.

However, even with two players the game got old too quickly. There are several maps and other game modes to spice things up, such as a leaf to hold to score points, or a ball to pass through a hoop. The problem was that the core flight mechanic is not very pleasant to handle, and besides this hurdle there is never anything new to make the experience feel any different. On the other hand, the art style is always enjoyable, all four maps are very rich in detailed pixels.

On a quick note, it is not possible to pause and cancel an ongoing game, and the multi-player is local only. 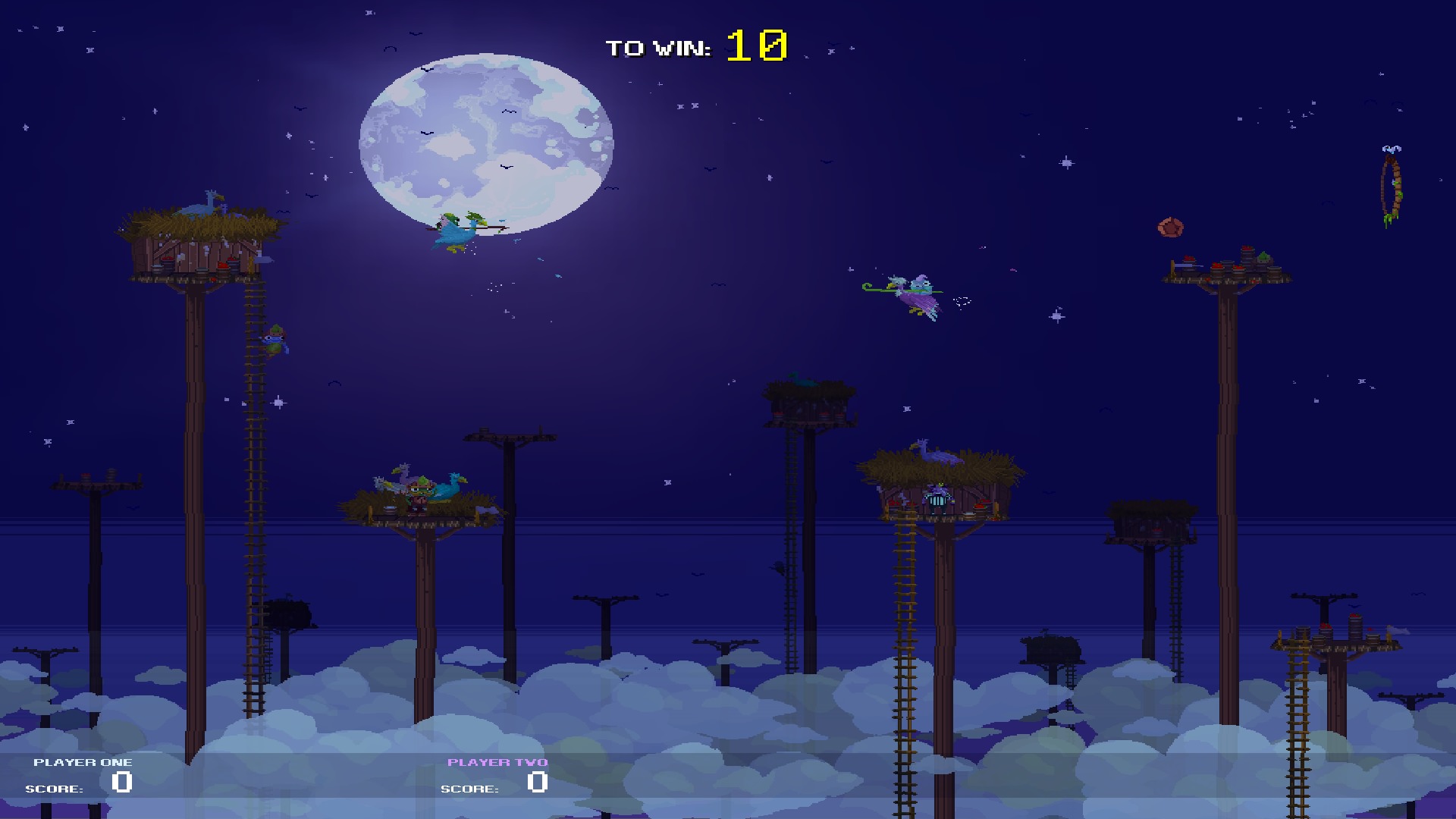 FROG X BIRD is an aerial jousting more elegant and better consumed as a duel rather than a big four-players brawl. Easy to learn, hard to master, enjoyable for a few bouts but not a game that is the most fun to sink hours into. The price tag does seem a bit excessive.