Fishing Cactus, maker of Epistory – Typing Chronicles, is proud to announce the release of Algo Bot on Steam on February 14th, 2018.

Algo Bot is a puzzle game which challenges players to control the movements of a lowly maintenance droid aboard the pan-galactic colonization ship Europa. Over46 levels, players must devise algorithms to carefully control Algo Bot’s path, borrowing concepts from the programming world – including variables and subroutines.

In the rich single-player story campaign, Algo Bot meets PAL, a cantankerous and aloof line manager, and Gemini, the cheerfully eccentric shipboard computer. When a routine recycling job goes horribly wrong, Algo Bot and this unlikely band of heroes must work together to save the sleeping colonists on board the Europa.

“Algo Bot represents the latest evolution of our work in designing games with more than entertainment as a purpose in line with our project strategy: “smart with soul”. With this new project we are gamifying the experience of coding: giving seasoned programmers and newcomers a chance to play with logic,” says Bruno Urbain, CEO at Fishing Cactus.

Fishing Cactus is an indie developer composed of 20 individuals. Based in Belgium, the company’s name is to signify their originality and ability to thrive in a nation without many game development studios. Fishing Cactus is the maker of Epistory – Typing Chronicles. 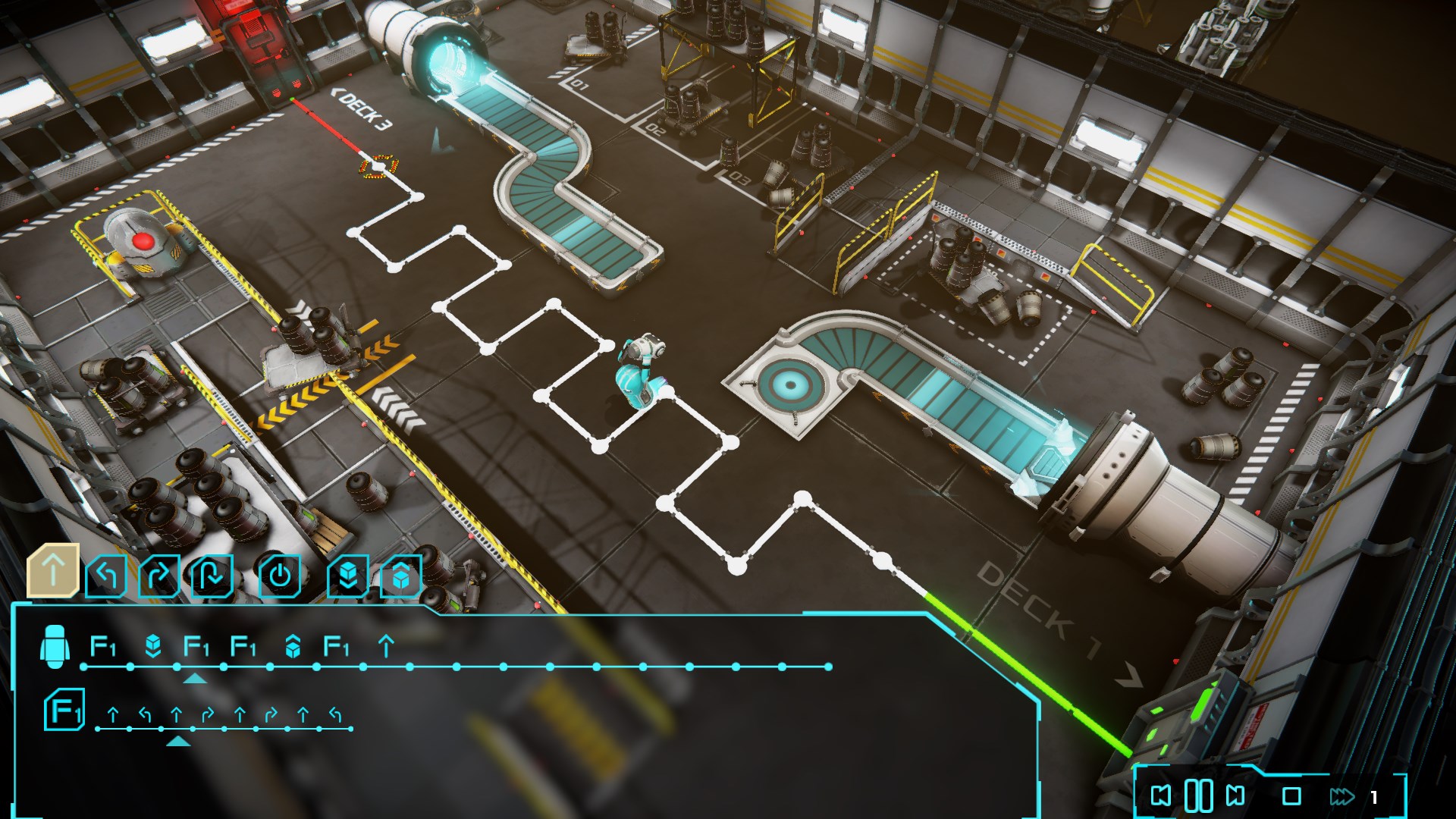