It’s very hard to not think about the first two Fallout games when you first see ATOM. Truth be told, the developers have stated multiple times that this game is heavily inspired by classic RPGs such as, Wasteland, Deus Ex, Baldur’s Gate, and obviously Fallout, and that is even more apparent when you get to play the actual game.

The game starts about 20 years after the Soviet Union and the Western Allies have unleashed their nuclear arsenal on each other, thus turning most of the world, or at least the most densely populated areas, into a wasteland. Taking place somewhere in the old Soviet Union, the game puts you in the shoes of a member of the secret organization, ATOM, with an order to find your commander who was sent on an expedition to a nearby pre-war bunker.

Very much like many other games, ATOM RPG starts off with a scripted sequence that is set to shape the early hours of the game, followed by the introduction of the game’s first town. This area resembles pretty much what you’d expect, and it does a decent enough job in teaching you most of the game’s mechanics either via quests or through conversations with the various NPCs. Trading, getting to know the natives, and side-quests are pretty much the bulk of things that you can expect from this initial zone. If there is one thing that I would’ve liked, it would have been to have an in-game tutorial about how the hunger system works.   There are survival elements introduced here, although I feel it is only a detriment to the gameplay. The only indication that you’re given about these elements is a color indicator as your hunger gets worse. There is no indication as to how long that will take, or anything else for that matter.

As for the way the game is structured, there are areas that you can visit by traveling through the world map, and there are also random encounters that may trigger while traveling to these places. With that in mind, the hunger system seems to get in the way here, as it can force you to stop and camp in order to cook something to eat before you die of hunger, which can break the pace of the game sometimes. 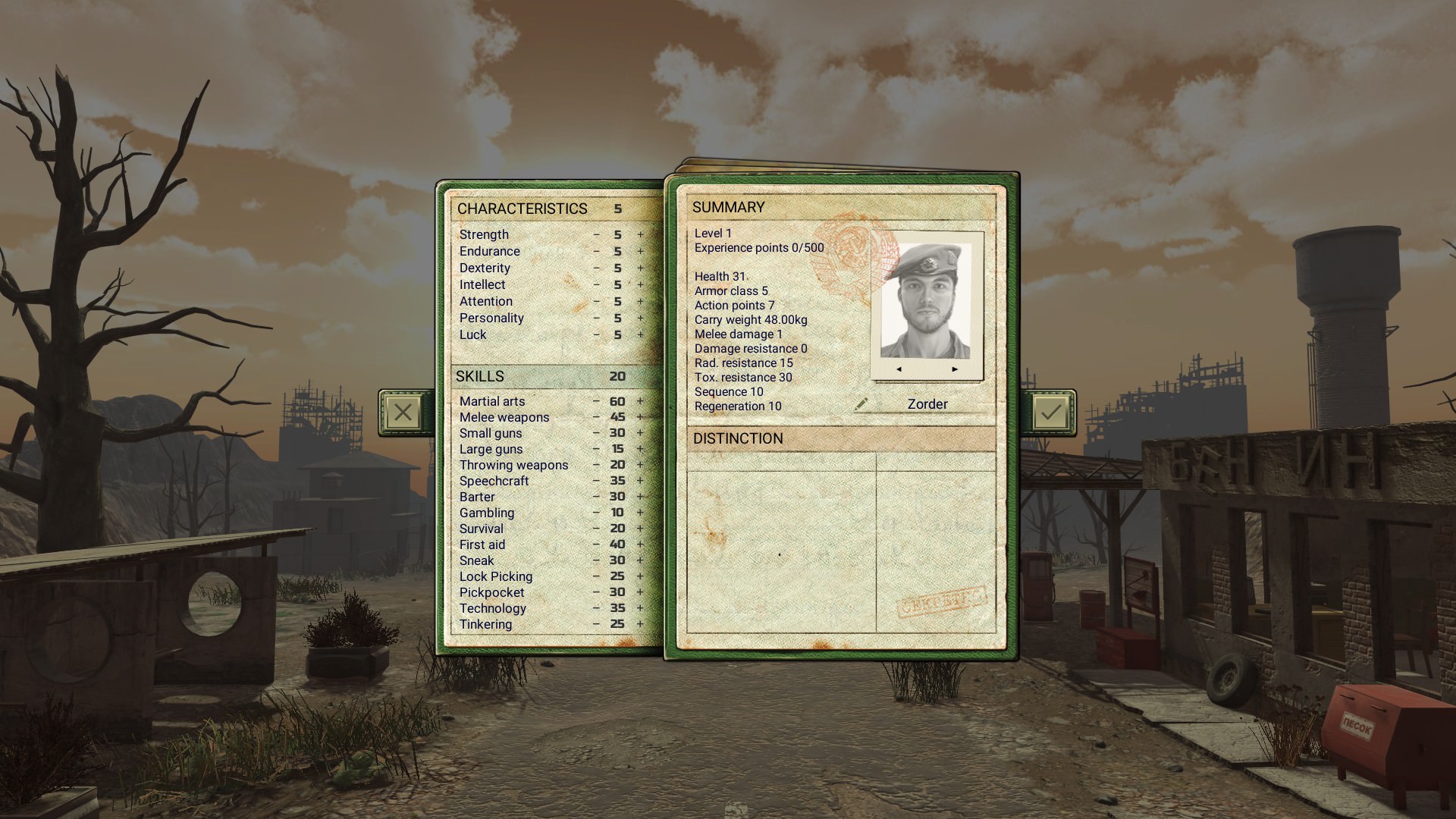 As with most old-school RPGs, ATOM provides you with exactly the type of character customization that you’d expect in terms of stats and skills. By being able to focus on melee combat, talking your way out of trouble, sneaking, lock picking, or using various types of firearms, among many other specializations, there are plenty of different ways for you to customize your character to your own liking in order to fit your desired playstyle. Right from the very start, the game allows you to shape your character into the wasteland wanderer that you want them to be, so I imagine that, once the game is fully complete, this will provide a lot of room for replayability. Unfortunately, people who like to personalize the way their character looks will be left disappointed, as all you’re given is the chance to change is your character portrait.

Suffice to say, the game’s turn-based combat works, it doesn’t do anything groundbreaking and it’s not particularly complex but it gets the job done. It’s pretty much what you’d expect from a turn-based combat system these days, with action points used to move and attack in each turn, and a grid-based movement system. With that said, there was something that I did find interesting. Whenever you use an aimed attack, which increases the chances of you hitting a target, you can also choose which part of their body you want to attack. This is pretty much Fallout’s V.A.T.S. system (Vault-Tech Assisted Targeting System), and this just goes to show that ATOM is inspired by that series right to the very core, it’s not just the setting, the UI, and the inventory system. 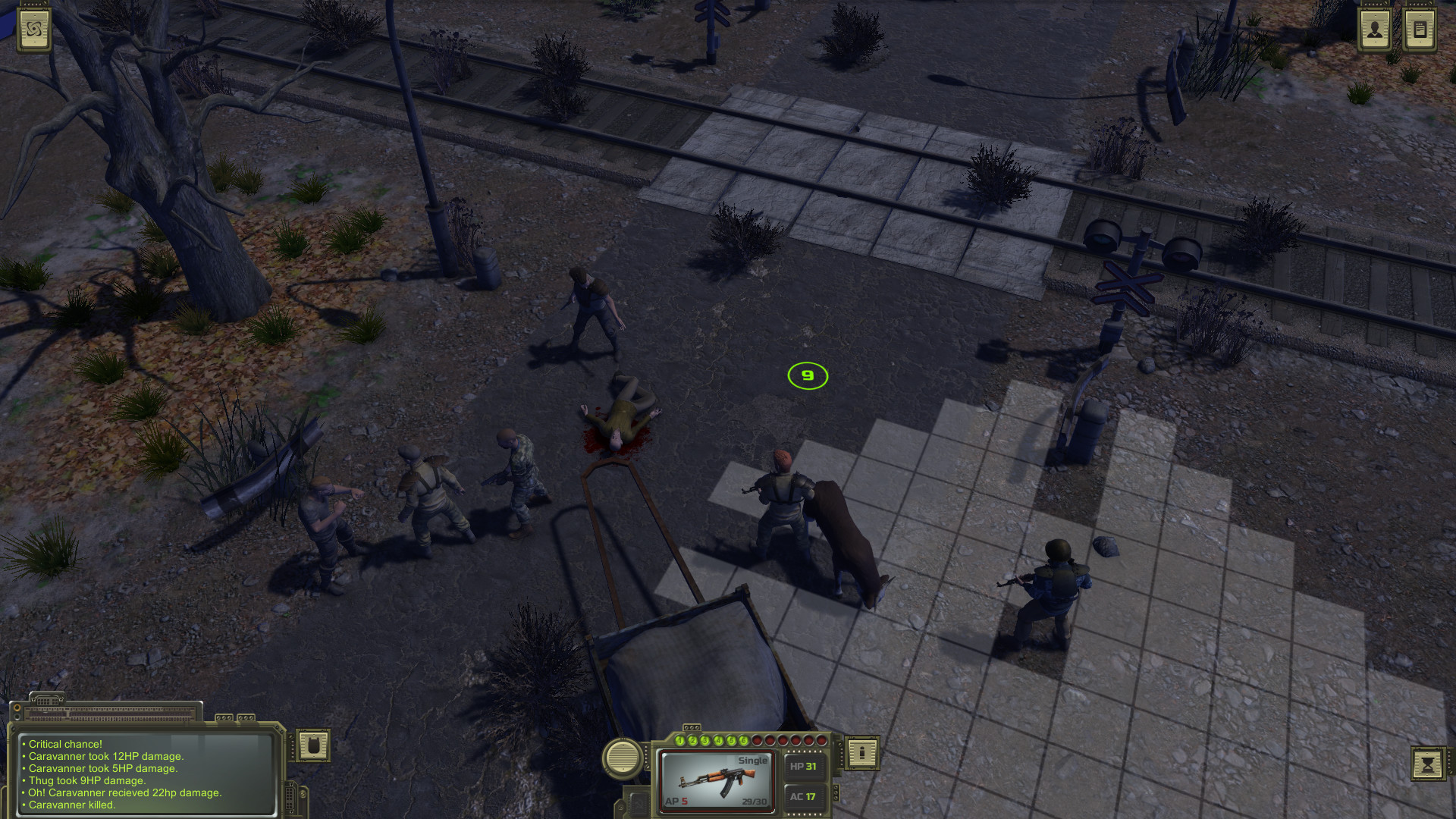 Now, please understand that I’m not trying to diminish the work that was put into this game by comparing it to other series, but I feel that is important to mention it, mostly because, on its own, this is a solid RPG but, at the moment, it’s pretty much just that. There are quite a lot of things that need to be added and improved before I feel like most people will find something worth their time and money here. Such things like not being able to view or change the controls, obvious errors in the dialogue’s English translation, and uninspired characters or locations, the game is just uninteresting to play at the moment.

There are some other things which really left me confused though, such as lockpicking.  This is because you can just keep spamming the unlock ability until you eventually unlock something, as the game doesn’t require you to have any tools in order to perform this action, which I find a bit silly. The way the inventory looks is also pretty much a copy of the original Fallout and, while I don’t dislike it, nowadays it’s too archaic and the only thing that it seems to have going for it is its nostalgic feel. Finally, while the game claims to be an RPG, I’m finding it hard to come across situations or quests in which you can solve a problem in multiple ways. Overall, the whole game just feels a bit too much streamlined for my own taste. 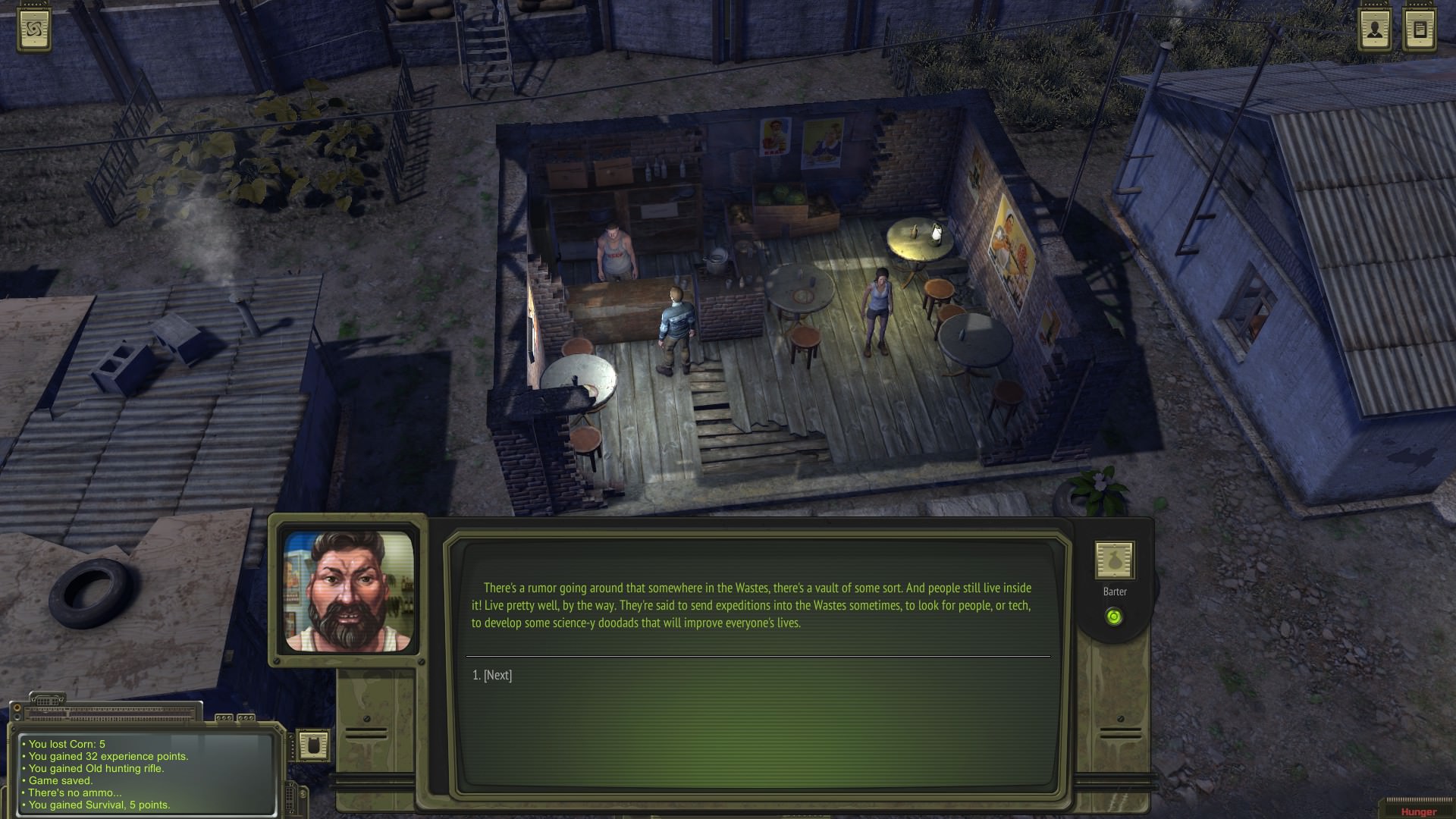 This isn’t by any stretch of the imagination a game that is bad, but the reality is that it has very little content at the moment to warrant a purchase for the sole purpose of playing the game and not supporting its development. If you’d like to be a part of the process that shapes up this game into something that is truly worth playing through in its entirety, I highly suggest that you go on ahead and give this a try and, if your impressions are positive, make sure to help the developers with feedback, as that seems like something that they’re looking for right now. However, if you’re looking for the next hidden RPG gem, you won’t find that here, at least not right now.