This quirky real-time RPG lampoons the internet, and does it with style.

The Scariest Dungeon of them All

I don’t think it’s any big revelation to say that the internet can be a scary, scary place depending on where you go. It’s been discussed to death how putting someone behind an anonymous username can quickly deprive them of their better qualities, and comedians have gotten plenty of material out of that. Video games, too: along comes Rage Quest, doing both at once.

You play as Zye, a man who has somehow been sucked into the internet. It doesn’t take long for him to run afoul of a Youtube Comment and has to defend himself. He quickly learns how he’ll get out of this predicament: gathering enough energy. And when it comes to energy on the internet, there’s only one force more powerful: Hate.

On your quest to gather enough enmity, you’ll inevitably have to defend yourself. You move through the four dungeons of the game with a grid-like system, and most squares you stop at will have a battle. Combat in Rage Quest is done in a real-time format, also with a grid-system, and you against up to four enemies, all representations of some of the ‘net’s ne’er do wells. These range from things like malware to stuff representing the good old internet hive mind. Everything seems pretty fair game. 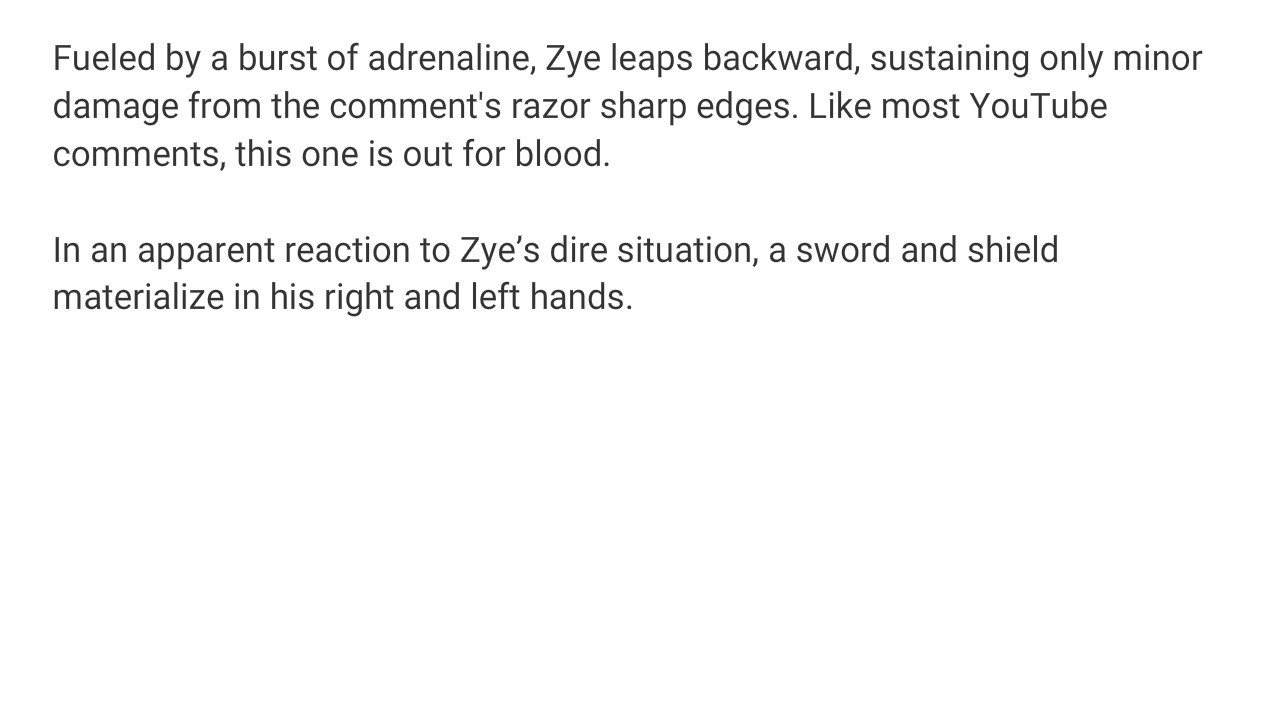 Despite having a pretty obvious gimmick, the gameplay of Rage Quest is pretty solid. Everything is turn-based, and you have three different categories of actions: attacking, movement, and defending in general, but some that blur the lines a bit. Enemy actions and cooldowns are listed up at the top and indicated by arrows between squares. If a bunch of attacks are coming your way, for example, you could block, reducing the damage by a set amount, or try to move out of the way to avoid it altogether.

It can take some getting used to for getting the timing on blocks and such right, and most enemies have their own unique quirks. An early one, Bloatware, can move across the whole map in each cardinal direction, damaging anything it runs over, but it can’t go diagonally, and it can cause friendly fire. A map in the first one starts you off in-between four of them, so think fast. 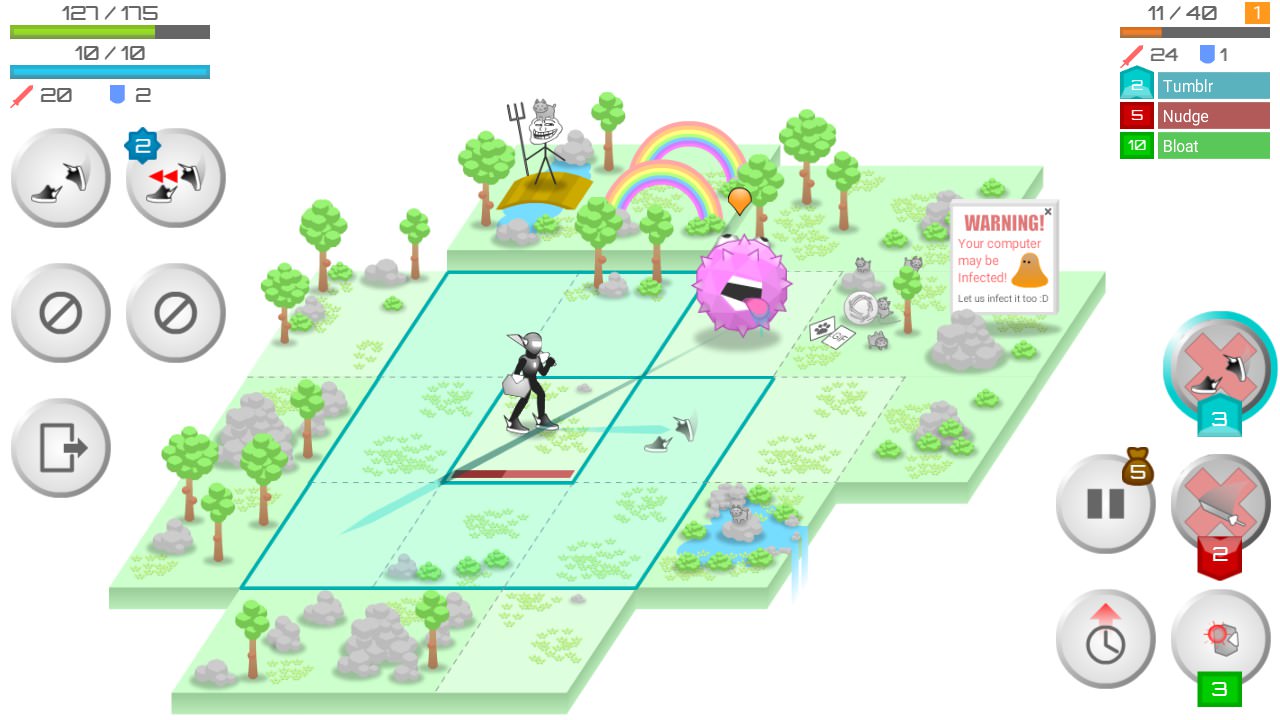 Fortunately, the developer seemed to realize it could get a bit hectic at times, so they added a pause feature to the action. It’s limited use, but you start with five and that can be upgraded along with all your other stats. They’re also refilled between battles, along with your MP, so there’s really no need not to go all-out in each fight. Between battles you can raise your stats and buy consumables or equipment using the rewards, and there are some optional quests. By and large though, it’s a game that lives or dies based on whether you enjoy the combat. I think it’s quite good, 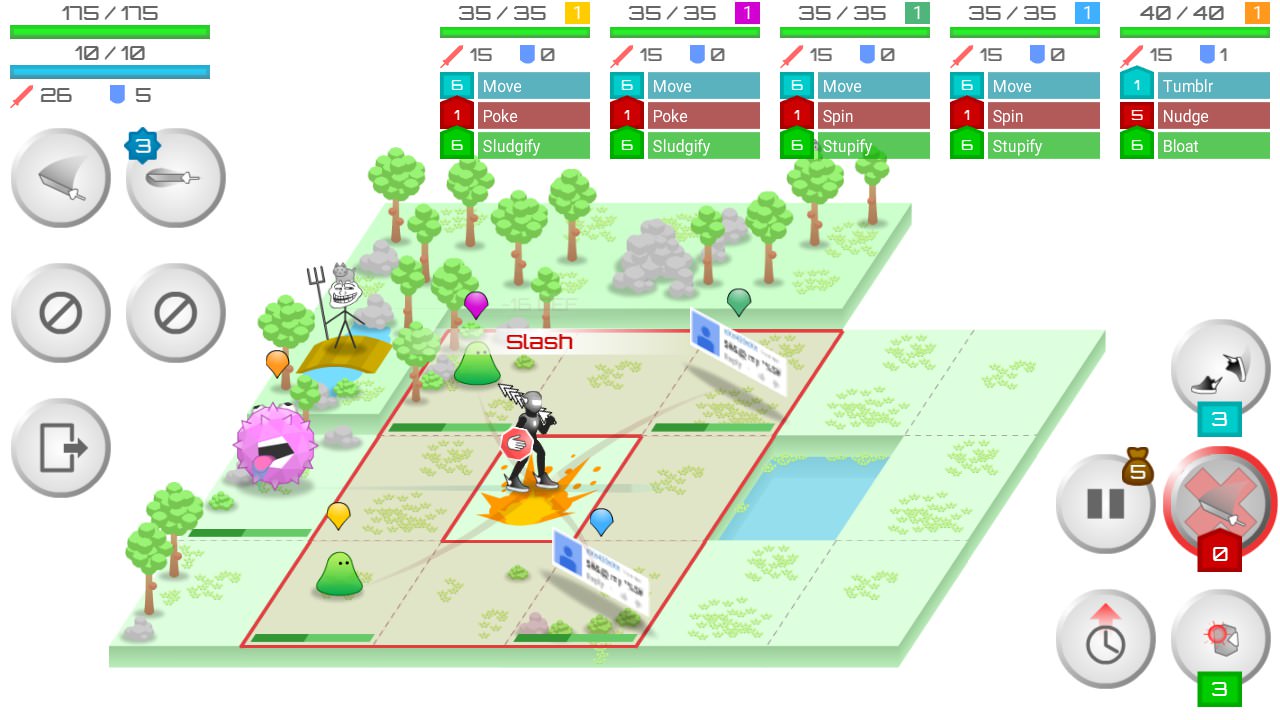 Given the game’s content, it would be pretty easy for Rage Quest to have some cheap gags…which, honestly, it does in quite a few places. There’s some troll faces, a Leeroy Jenkins reference, a bunch of hokey stuff like that. There is some witty dialogue as well, but if memes and stuff annoy you you’ll probably be annoyed with this.

The very worst you might see on the internet is not in the game at all, but Gamer Gate is referenced as a boss; whether that’s an acceptable reference a couple years later is probably down to personal opinion.

Rage Quest overall is a fun little indie RPG. The developer has pegged it at about four hours long, totaling an hour a world, which seems about right from my playtime. It’s certainly of much greater quality than I expected from a game about the internet, and for that reason I give it a Save.