First-person racing around in wheelchairs trying to either commit suicide or sedate/cure opponents.

rgk, Alex and I went head-to-head trying to pop our clogs or prevent the others from doing so, in turns. The idea is to grab items and craft them together to create suicide implements or cures, depending which team you’re on. If you’re on the Saviours team you can also grab syringes to sedate your opponent and send them to the padded cell. This is easier than trying to pay attention to which type of death they’re working on, then grab the right cure, then find them in time to use it. I think the game is somewhat unbalanced in favour of the Suiciders, but that may just be a symptom (see what I did there?) of my inexperience.

The game is still in Alpha and will be released to Early Access next week. It does of course have some rough edges right now, as you will see near the start of the unedited video, but I’m sure these issues will be cured (or sedated?) in due course. Anyway, we had a lot of fun once we got going. If you’d like to give it a try yourself there’s a demo version available on the store page, or if you ask JimDeadlock#0106 on Discord I’ll give you a key (and/or you can join our entertaining chat channel)! There are bots to fill the spaces so you can do singleplayer, but be warned that the bots are pretty good so you’ll have trouble beating them, it’s better to try and find human opponents.

rgk vs JimDeadlock vs Alex – Battle Of The Invalids! 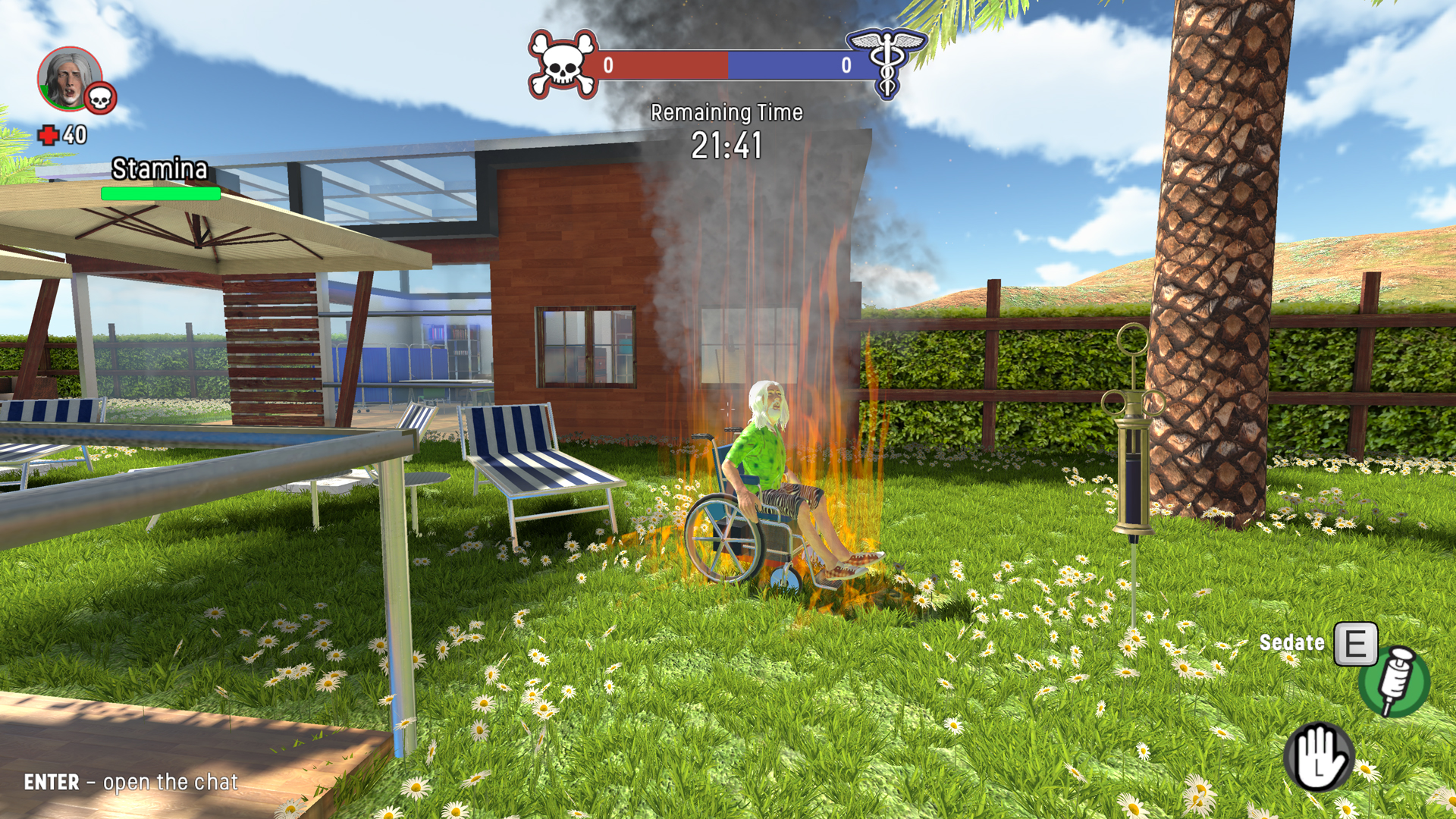