There are a lot of Tower Defense games on Steam and I’ve played most of them, and reviewed two for this website. I’m always looking to find another good one, and owing to Sturgeon’s Law that isn’t usually what pops up in the new release section. When I saw Tronix Defender though, it looked promising: a unique graphical style, big levels, and some nice music. In theory that’s a big part of what makes these games enjoyable. Unfortunately, things don’t always work out.

Starting up Tronix Defender gives you a ream of text of the game loading before it’s suddenly interrupted by a virus. You need to fend them off with defense programs; so no real plot, but you don’t exactly need one for these games. The first options in the menu are ‘tips’, essentially a glossary of terms, and a tutorial stage where it goes over some thing – some things, mind, as you really need to pay attention to the glossary. There are two resource mechanics: putting down defense chips and your towers, as they will drain your energy, meaning you need to place down batteries to generate it. However, doing that will also gradually raise the program’s temperature, meaning you need to put down coolers to keep it low. It’s easy enough to do, but before you realize that’s how it works you can be put in situations where you have a bunch of defense chips draining enough energy that none gets generated, forcing you to sell chips on the fly. A later patch has made enemies drop some energy when killed, lessening this issue a bit. 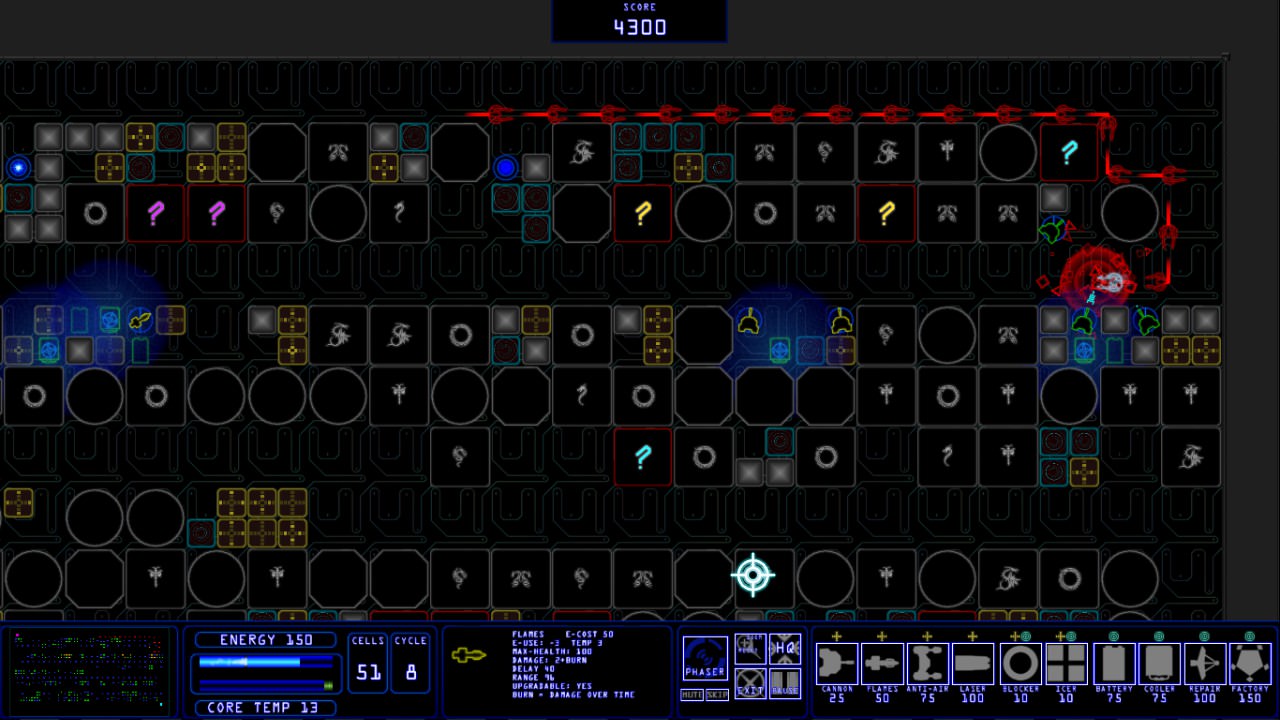 The game does make that reasonably possible though, as the levels are quite big and enemies take a while to get to the end. Some spawn points appear as levels go on, but from what I’ve seen they only produce enemies that target your towers, which the game tells you if you mouse over them. Levels are also randomized slightly, with different paths you need to block, different slots for chips available in different locations, and potential bonuses popping up every so often that you can click on to grab. 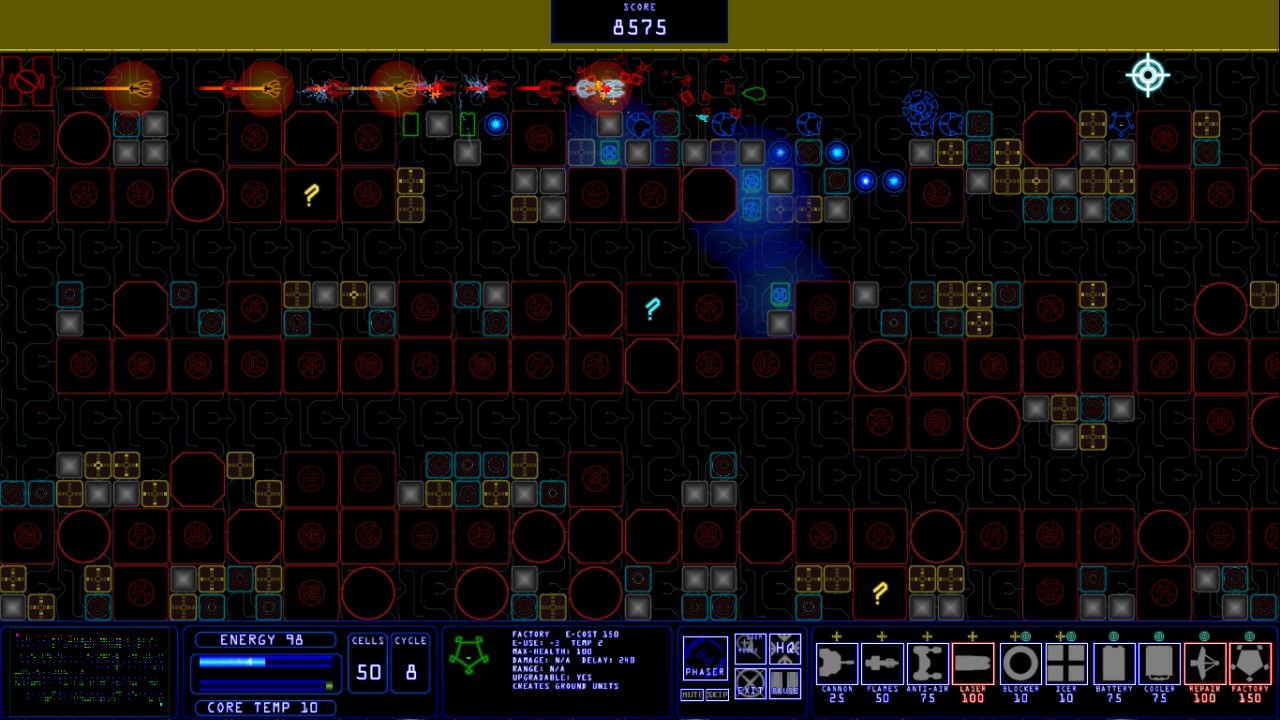 All this is a pretty good framework for a tower defense game, especially one that’s fairly cheap. But what brought it down for me was how slow the game was at the beginning. The enemies are fairly lethargic, even the obligatory fast ones, and while this makes them easy enough to deal with, it feels like waves take forever, far longer than most other games. Even the break between waves seems huge. It’s certainly not the face-paced action the game claims to have. There are also nine waves each in every level, even the ones with smaller maps, so even if you’re dealing with a smaller area there are no ‘short’ levels.

That isn’t necessarily a bad thing, of course. What it seems like they were going for was a score attack kind of game, something where you can veg out, set things up, and watch your towers mow down the viruses. It’s calculated by how many towers you had to build, how much life you have left, and of course how many viruses you destroyed. Defense Grid took this approach and turned out quite good, but when Tronix Defender saves your score it unfortunately only tallies it locally, so unless you share your computer with a lot of people you’ll mostly just be competing with yourself.

Still, once you get used to the game it could be quite fun filling levels up with towers and watching the chaos. There are quite a few levels, and you can even randomly generate some if you’ve finished those. What helps the game a lot is the soundtrack; all of the songs are good and feel made to complement the action.

While I initially wasn’t too big on the game, a patch and some extra time with the game made me warm up to it a bit more. The developer seems dedicated to making it a fun game to play, and there is more good than bad. I give Tronix Defender a Save.