I recently reviewed Space Tyrant, a very fast and furious 4X “extra-lite” game that could be jumped into with barely any learning curve at all. I’ve also attempted to play Stellaris in the past. My brain exploded and I’ve not made any further attempts, it was just too much. Stars in Shadow slots neatly into the middle ground. It’s sophisticated enough that you need to pay attention and gain experience gradually. There’s a fair amount to learn and it does take some time to get to grips with it, but a casual player like me can grasp the fundamentals and eventually make progress without triggering cranial detonation. 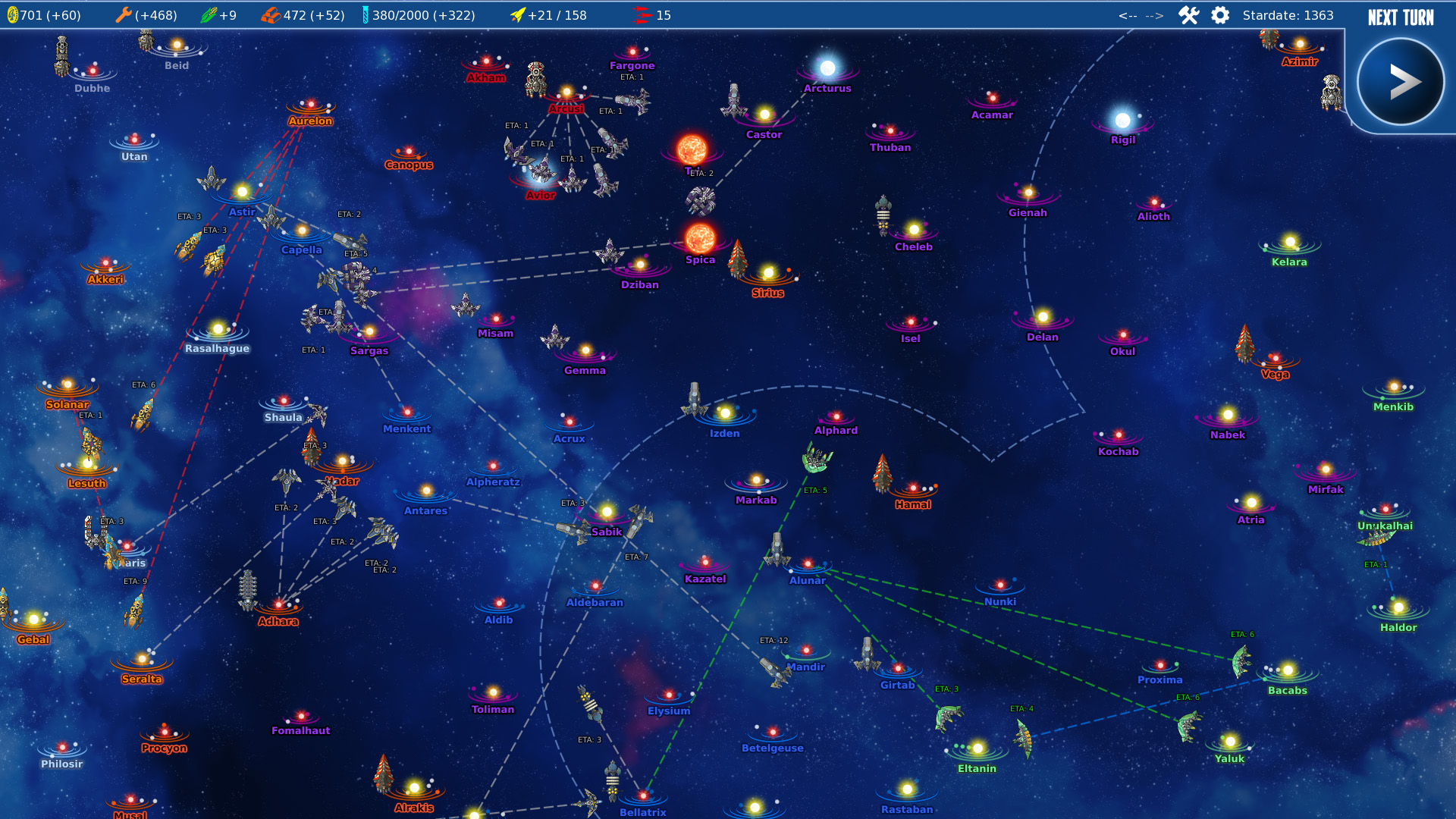 You have a main map of the galaxy where you conquer and/or colonise the planets orbiting the star systems by installing farms, mines, factories and so forth so that as your colonies grow they produce more resources which you can use to build your ships for further combat and planet invasion.

Everything is turn-based and the idea is to make sure something has been queued to happen on all your planets before you move on – building stuff or researching new technology. If you leave something idle the game will pop up a warning and offer to auto-do something for you, which gives you the confidence to stab at the next-turn button to your heart’s content without worrying about missing something important. For me, one of the best features of the game is the auto-do option. When you colonise a planet you can either choose what to build or else simply select ‘auto’ and leave it to grow by itself so you can oversee the big picture without getting too bogged down in micromanagement (unless you want to).

Ship-building options take up about half of the to-do list on your planets, and it’s very important to create a fleet because eventually there will be combat, whether you like it or not. Again there is a nice auto-combat option for the convenience of lazy noobs like me, followed by a ‘view’ option where you can watch an animated replay of the 2D battle, complete with flashing space-explosions.

To win a game you have to either conquer a certain percentage of the galaxy or else win 7 votes in a council election. These votes happen occasionally and seem to depend on the amount of territory you have and perhaps diplomacy conditions, although I still don’t have enough experience to say for sure. 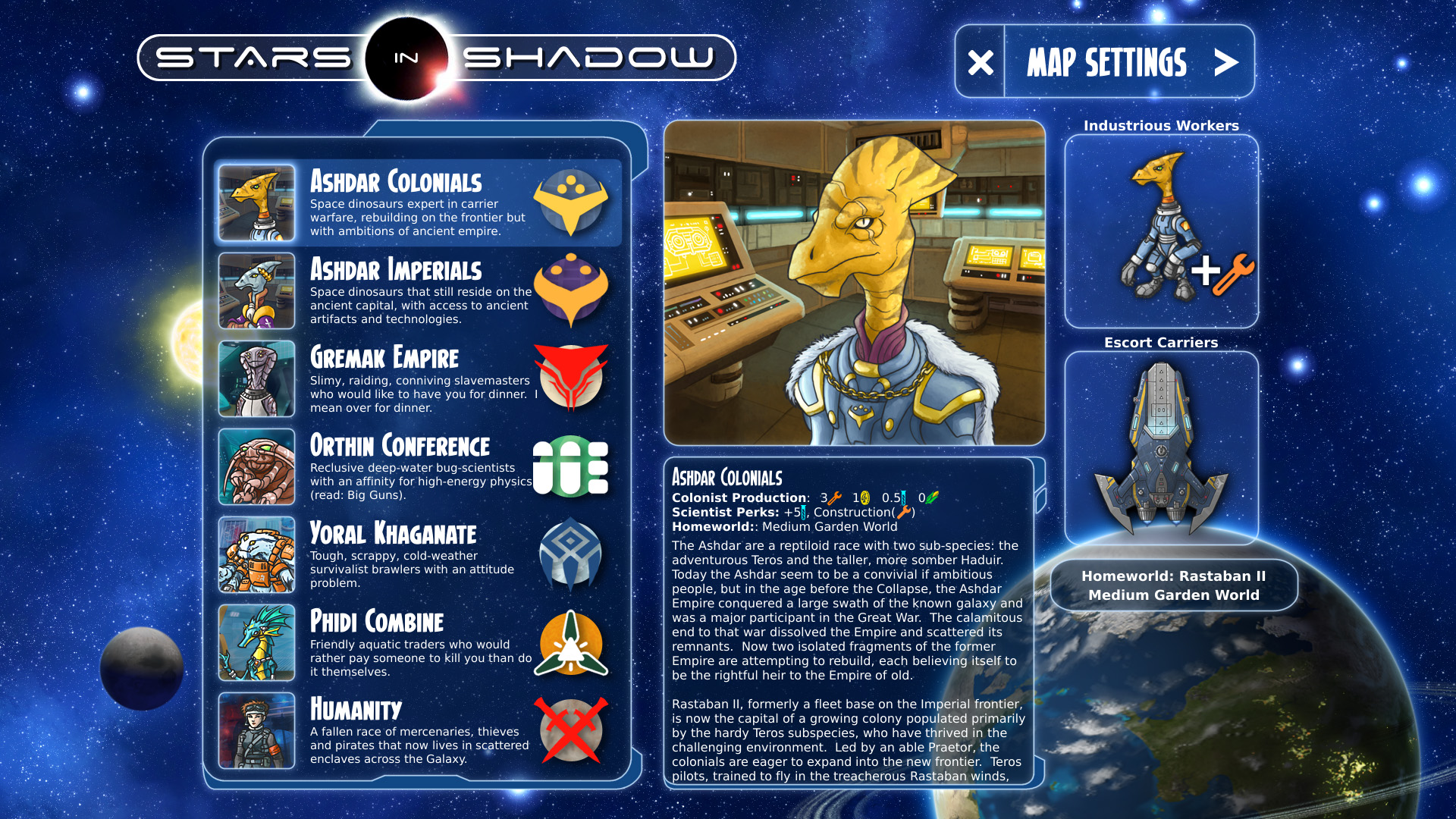 It’s comic-style artwork with lots of detail, colour and imaginative characters. There are actually very few ‘moving parts’ in the game but you hardly notice because there’s so much happening that your attention is constantly engaged and the environment feels permanently busy.

There are many screens and menus popping up all over the place every time you click something, and this can be a major source of confusion until you get accustomed to it. It is a pretty efficient setup though, once you know what you’re looking at.

There’s only one background tune on a loop but it’s a very good chirpy one that I found enjoyable enough to leave running. A bit of voice acting for the aliens would be a nice addition. 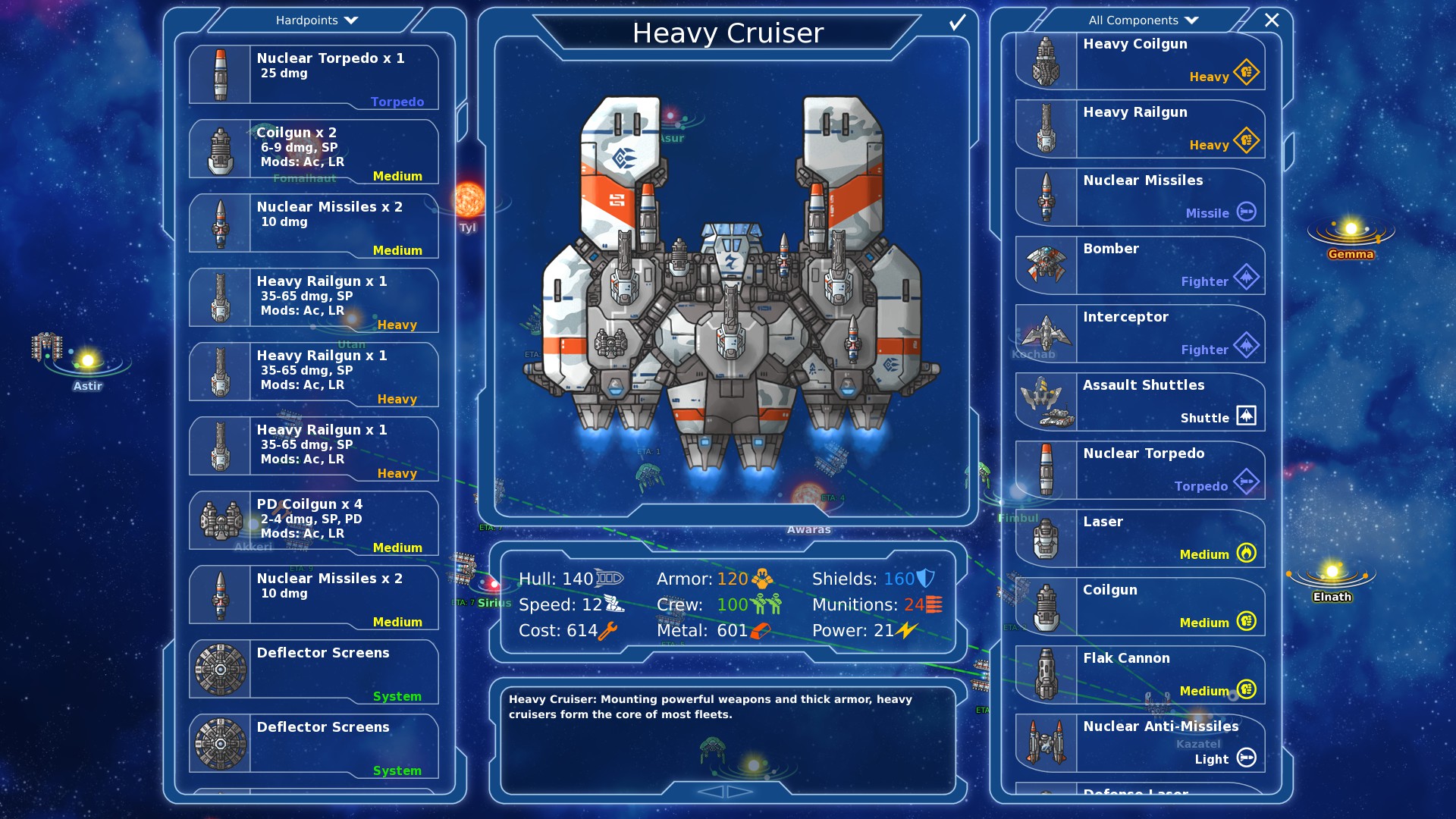 I Have One Gripe

Once you know what you’re doing this is an excellent game. However, there’s a distinct lack of guidance for a new player. You’re invited to read a manual. That’s right, you click a link that opens a PDF file. This is not 1990 any more, I expect the game to SHOW me how to play by demonstration. The manual didn’t help me at all. It gives general advice about what you should aim to achieve, but there are no step by step instructions on what exactly to click. For a game aimed at casual players this is particularly irksome.

My first playthrough resulted in my only planet quickly falling into rebellion, followed by my mashing of the next-turn button hoping to escape the loop of doom. Nope. New game. After a couple more hours of headless-chicken-style button clicking I eventually discovered how to colonise a planet, then things started making more sense bit by bit, but it really was hard going there for a while. 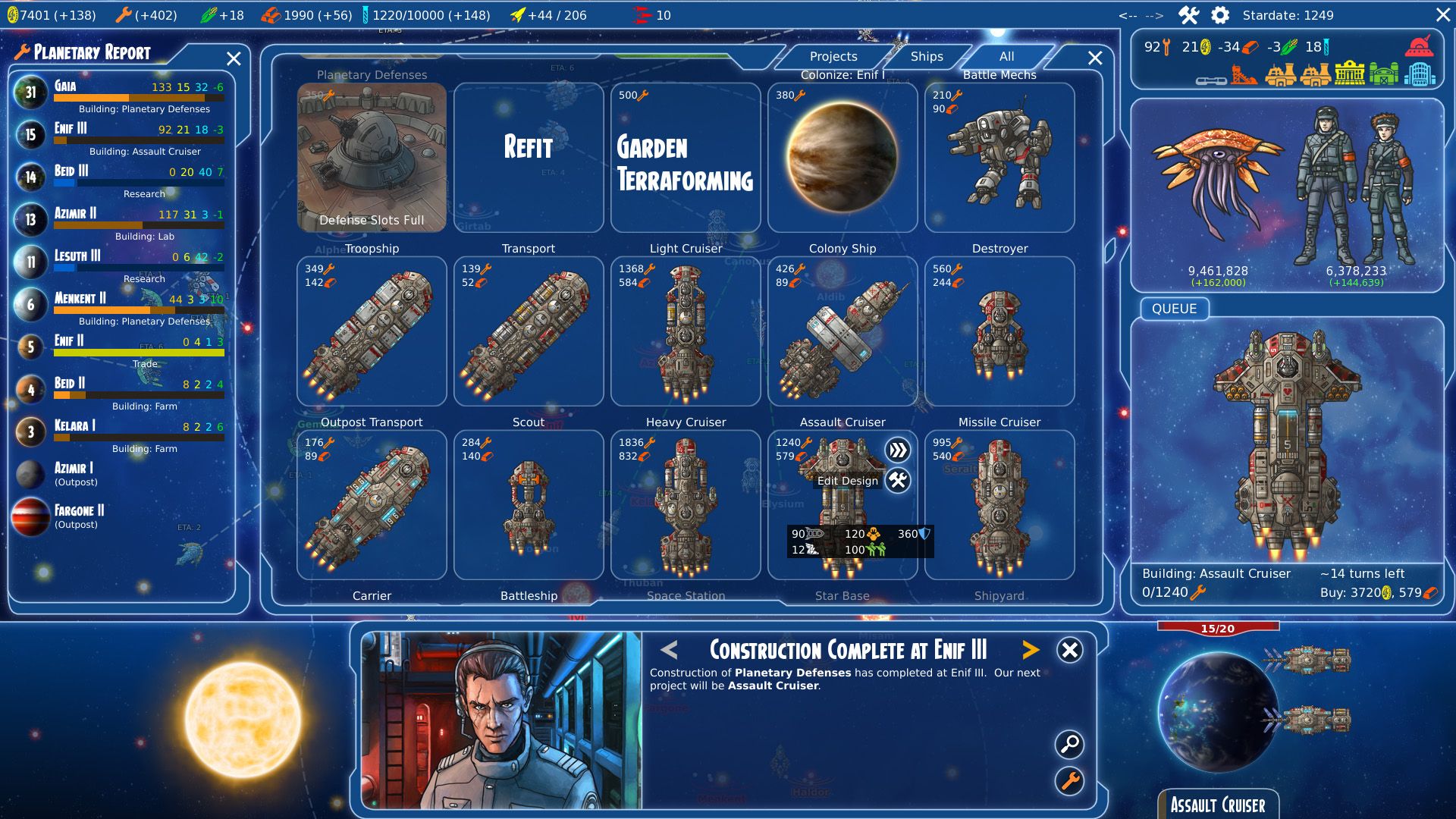 With my gripe out of the way, the range of difficulty available is enough to cater to everyone. You can select between various difficulty levels at the start of a game (AI aggression) and also the size of the map. I went for the easiest setting and it allowed me to make progress and win battles (with auto-combat of course) but even then, the AI was motivated to attack now and then, so I can imagine it becoming pretty hairy on higher settings.

There’s an undo option that lets you rewind from any catastrophic mistakes, which makes for a great learning tool, trial-and-error style, in the absence of a proper tutorial mode. 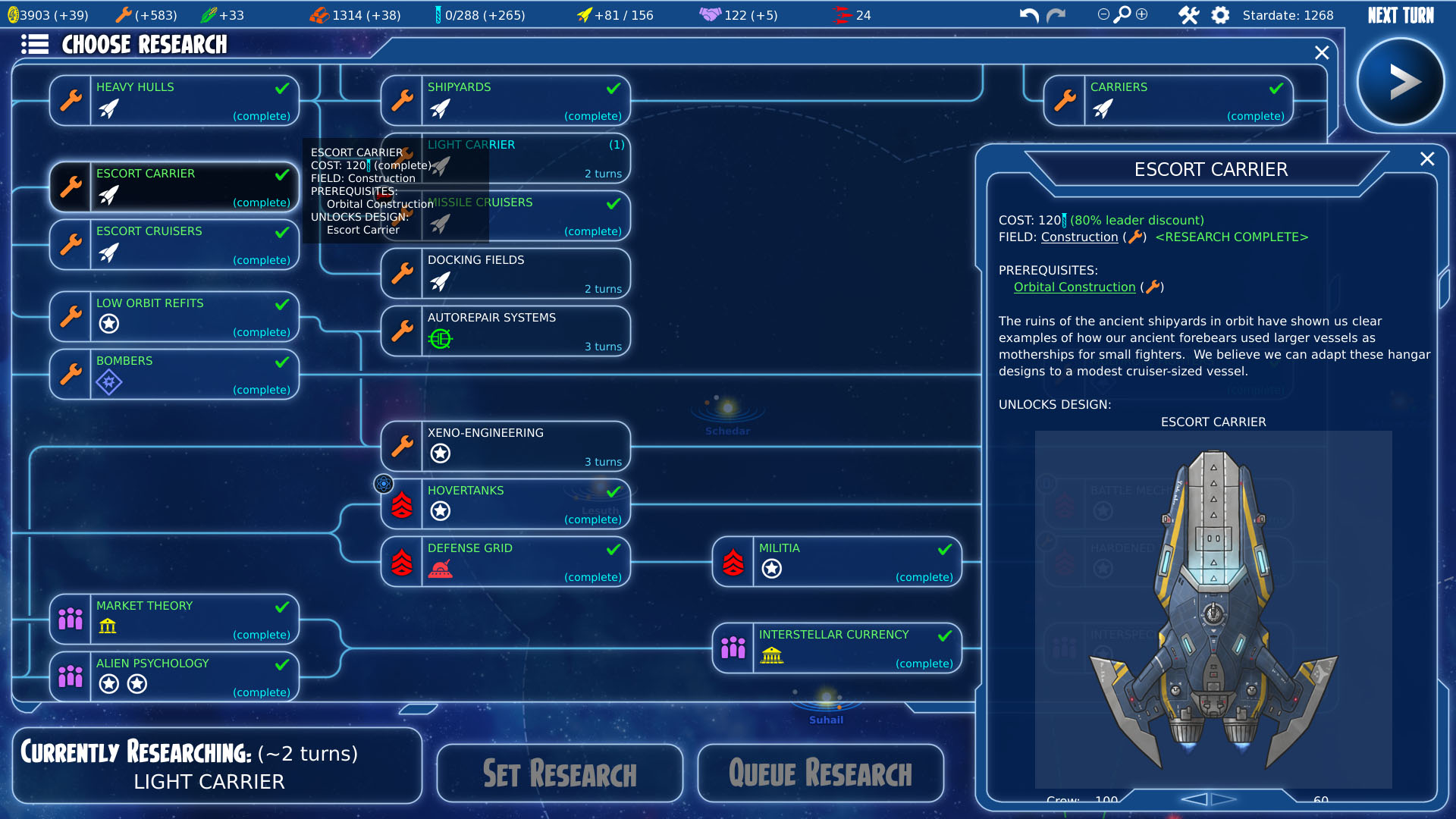 This is a medium-sized 4X game and there’s a lot of stuff to learn. It took me a few hours to even gain enough experience to scrape through on easy, but there’s a mountain of details to investigate before I can call myself a competent player. With tons of replay value, this is well worth full price.

The store page has no Steam features listed at all, but there is in fact a massive 71-item achievement-fest, each one sporting a fabulous hand-drawn icon. I can’t confirm whether or not it has Steam Cloud, but it certainly needs it. 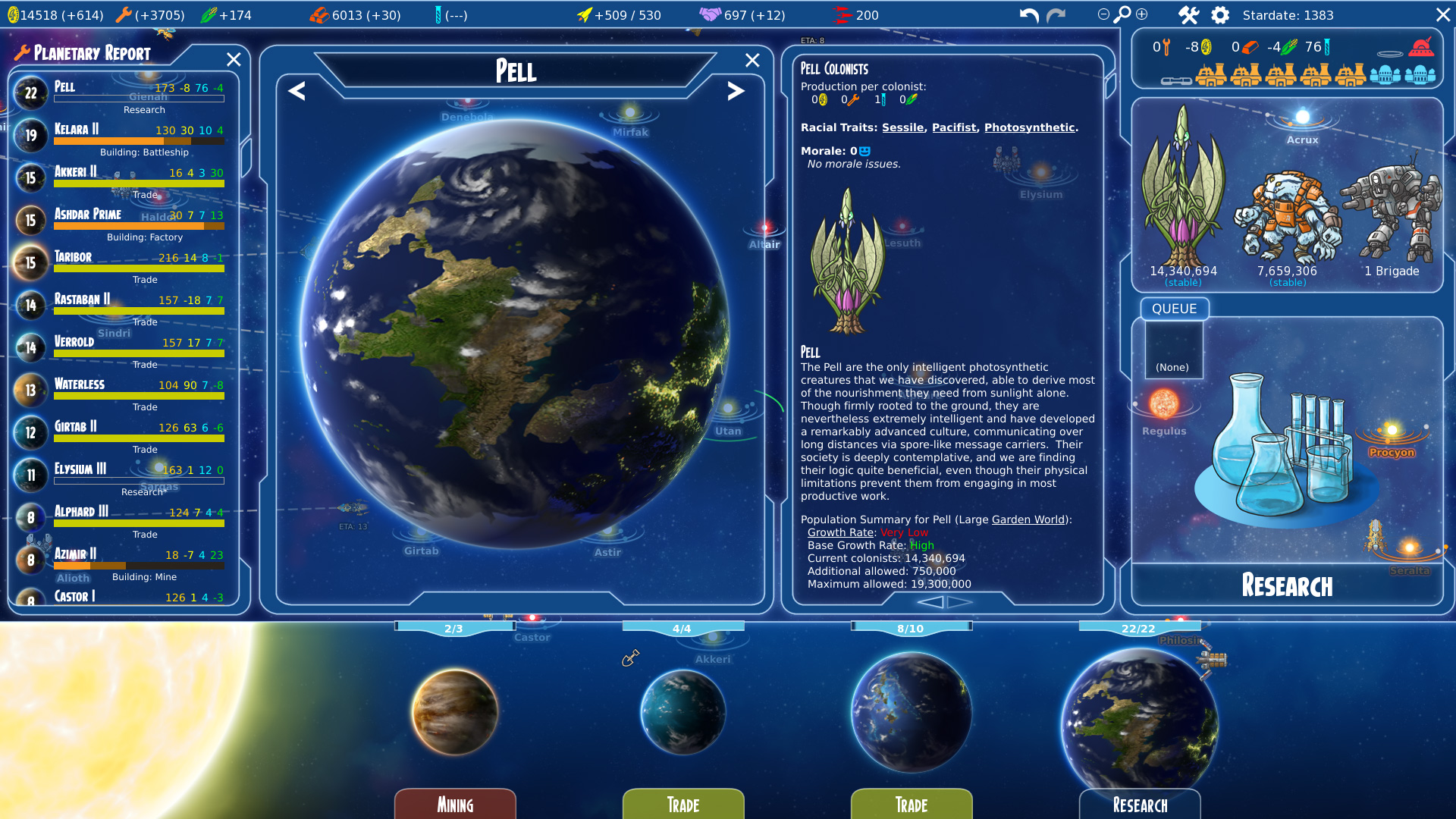 I give this DLC top marks. It introduces a cyborg faction called the Tinkers which are significantly different from all the other factions, the main point being that they don’t require food. This allows for a new, fresh experience once you’ve mastered the base game, for only a small price. Not only can you choose them as your faction, but they also add an extra flavour of enemy to the overall game if you prefer to stick to your favourite faction. At this price, I’d say it’s a must-buy once you have the main game. 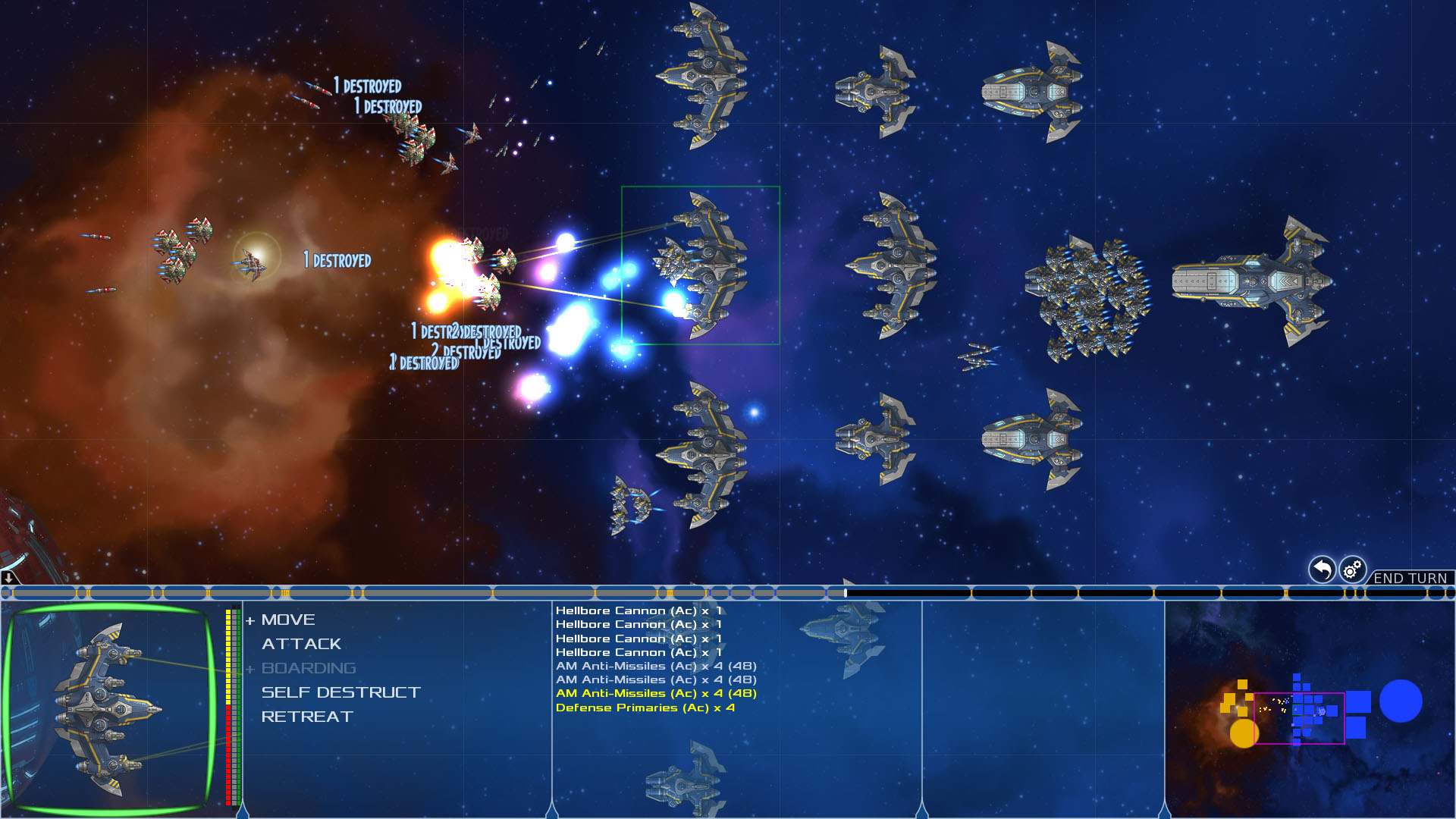 There are three main points I’d like to summarise: 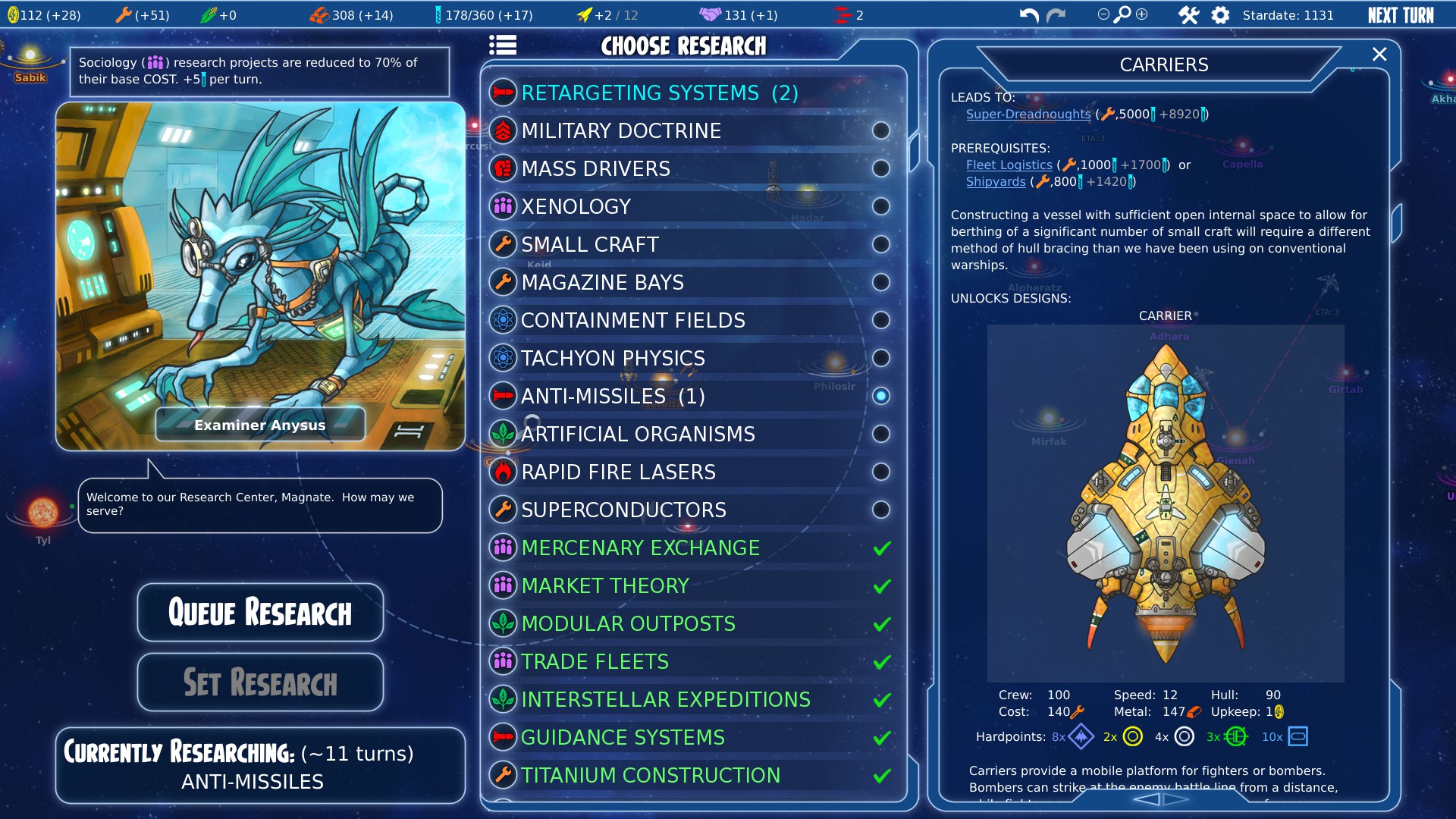