Neofeud is a carefully crafted story that plays out like an interactive detective/mystery movie from the 80’s, with added puns towards popular themes and stereotypes.

Blast to the past

Capturing the atmosphere of detective movies and creating an overall world that feels like a throwback to the eighties, I really liked this game. Perhaps my nostalgia got the better of me, but it hits all the right spots in that area. The plot has multiple cliched elements: An ex-cop who got suspended after he made a fatal error in the line of duty but now has to rise up for the challenge, locations that scream the eighties, overall pacing and events that you see in every movie from that era. Sometimes I felt that the developers took an unused movie script, added puns towards the political scene and pop culture icons, and turned it into a game.

World has became a depressing place. Tenements are mostly built from whatever waste resources have been gathered. Cyborgs are plenty and they are the lowest class of society, forced to collect social welfare and get permissions for every kind of operation that feels more like bullying from the government than a law that should protect you.

It’s a dark world that the developers have created for this game and the colorful screens don’t convey it properly if you are just looking at the screenshots. I was surprised a few times during my playthrough on how deep and serious the plot really is. Underneath all the funny puns and easter eggs there are moments that, when immersed in the game, make you feel a bit sad and angry about how unfair some of its characters are treated.

I have mixed feelings about the graphics as some characters seem to stand out irritatingly from the background. I would guess it’s done on purpose since it’s so distinctively clear. The world itself borrows heavily from sci-fi classics of the 1980’s like Blade Runner and Terminator (that T-800 hippie was simply great and his dialogue about the horrors of war/how everyone should just get along), because of that, some younger players might not understand everything unless they’re well versed in the nerd-culture icons of their parent’s youth. The plot itself doesn’t require knowing anything beforehand, there are certain familiar names from America’s political field that ring a bell, but nothing that would stop anyone from enjoying the great plot. Puzzles are really easy, pretty much a minor distraction from following a detective story; a little interactive feature embedded into an animated movie. I personally liked it.  Usually, I’m a big fan of puzzles but in this, I was in the mindset of just seeing how the story unfolds.

We have few items always with us, and a couple of unique items per screen for that particular puzzle. It’s easy to connect the pieces together to get the puzzle solved, though I needed some time sometimes to find my way. It wasn’t always clear that you could actually, for example, take specific stairs to the upper floor and I spent a good deal of time trying to figure out what am I missing. I was missing the right spot to click on.

Overall the characters are well written, except one, (and this is again a personal preference mind you): a comedic relief who acts stupid on every occasion, shouts out “what the FLAAACK!” every now and then and is just irritating to listen to. Unfortunately, that character is also a very central part of the story. I’ve personally never been into that comedic relief-type of character who reacts over-the-top. Our main character, on the other hand, an ex-cop turned social worker, sees and understand how unfair his “clients” are treated but is unable to help them. I found it easy to relate to the main character and understand his actions considering his history, line of work, and the people he’s met. Every major character you meet has a good amount of lore to dig into to flesh them out, usually told by the characters themselves in dialogue options. Their similarities in names to their real-life political counterparts made it easier to be immersed this one and it made the game seem like an alternate timeline to our world rather than just another run-of-the-mill science fiction story set in the future.

Sounds and glitches of Dystopia

I didn’t notice anything especially bad in the spoken dialogue (except the previously mentioned over-acting that belonged to the personality of one character, a personal annoyance), but nothing especially noteworthy either. The soundtrack is mainly compromised of electronic/ambient, as i would except in a game like this. for some strange reason some of the songs reminded me about Windowlicker by Aphex Twin. I did encounter one minor glitch now and then. When launching the game, i sometimes couldn’t make the game window active. It was just like a picture on the screen. I clicked the selections in the main screen but nothing happened. I had to forcefully end the process and relaunch it to fix this. I encountered it a couple of times while switching to steam overlay durin mid game. I usually chat on steam while gaming and this seemed to cause some problems. I even tried windowed mode but it also happened when switching apps; not often, but having to restart a game to continue playing is always a bit bad.

This game really surprised me in a positive way. All the small puns here and there contributed a lot to my overall enjoyment. I never tired of all the little fun things that popped up every once in a while. Even though the puzzles are mostly really simple and small, the atmosphere and easter eggs make up for them. This isn’t a game for hardcore point ‘n’ click puzzle fanatics, but this is a game for players who like to enjoy a good science fiction story set in a world that feels familiar and possible in the near future. One minor glitch was encountered now and then which required restarting the game.  Also, the controls were sometimes a bit hazy or hard to find your way. Otherwise, everything worked flawlessly. The game is currently on sale at the time of writing for 10 euros. It’s definitely worth that, but the original price, 15 euros, seems a bit too much. Puzzles are simple and the game is linear without any real replay value unless you want to experience the story again. It is a worthy addition to your steam account if you want a quality, fun story to play through. 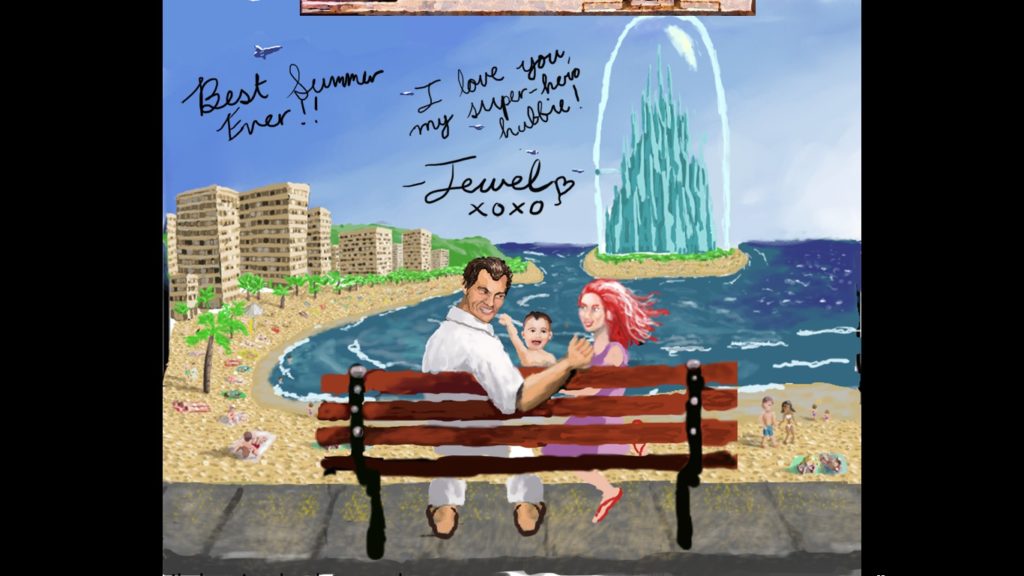