With the second episode in the series now available, I thought I’d digitally dust off the first episode, too, and review them both at once.

KARAKARA (English: parched, dried up) introduces an interesting post-apocalyptic world, where the Earth’s weather has become exceedingly hot and dry and most of the human population has perished due to The Disaster: a remembered cataclysmic event with an unknown cause. In an effort to repopulate and strengthen humanity, most humans have been altered to include animal genes, and these extend through the breeding population. Four ears and a tail is now the norm.

The series focuses on a young man, Leon Laird; his long-term live-in friend, Lucia Haynes; and their friend Cullen Lancaster. Leon is a ‘pure human’, with no tail and only two ears, and the chef and owner of a small diner a short distance from the town of Sagami Francisco. Lucia is a cat girl who met Leon many years ago when his parents owned the diner; she works there and lives with him above the diner, but their relationship is purely platonic. Cullen is the local law enforcement agent and pre-Disaster researcher for the region.

Each game is split into two episodes. The first game introduces these three characters and the world in which they live, and then brings in a strange girl they find near the beginning of the game: Aisia Mayfield. Leon and Lucia find Aisia sleeping on the desolate highway near Sagami Francisco and take her back to the diner. Little do they know, but the innocent-looking girl harbours a dark secret. The second game directly continues the story, with Aisia now inhabiting the diner with her new-found friends, and Leon and Aisia at home with the girl and her secret. Life is just returning to normal in the diner when two more strange girls show up to put a new spanner in the works. Episode 3 sees the refined and intelligent Rebecca Valentine appear at the door of the diner, seeking Leon’s hand in marriage, while Episode 4 introduces the child-like Mari Mizuno, a self-confessed ‘humble ninja’, who rescues Leon and Lucia from a couple of unpleasant thugs.

Before you know it, Leon’s little harem is growing even larger.

The series is presented in the standard visual novel style, with two-dimensional ‘paper doll’ anime characters positioned and occasionally animated in front of unmoving hand-drawn background pictures. Overlaid on the top is a simple interface with a large text box in which the story and dialog are displayed a sentence or two at a time, and a few control buttons. 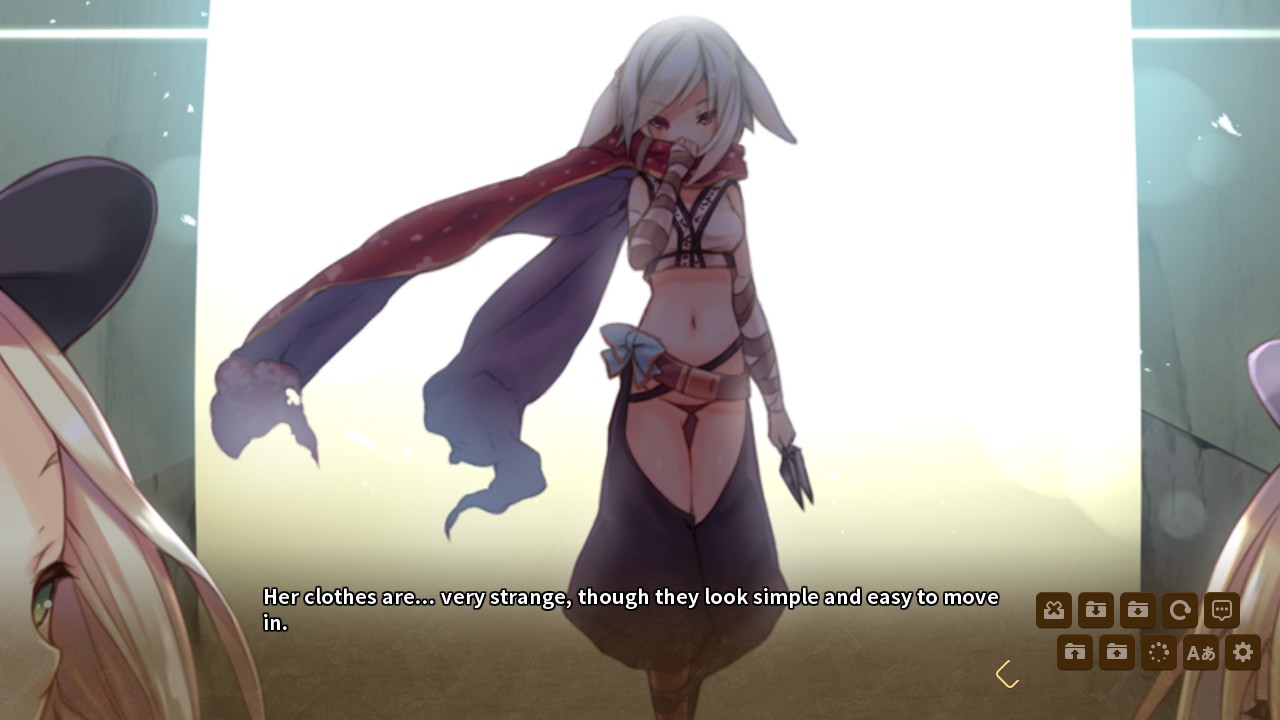 The backgrounds are nicely drawn, though as is common for the genre they don’t display any characters not central to the story — which in this case means there are only four characters in the whole game. This is mildly more forgivable here with the desolate setting than in many other visual novels where the text describes a crowded scene, but the graphics show an empty one, but there are still a few scenes where a number of ‘extras’ off in the distance would have been appropriate. Character graphics are nicely drawn, with a style that personally I don’t find quite as attractive as, say, Nekopara, but which is still very good. Animations are very limited, but there are a couple. The character art is by an artist with whom I’m unfamiliar: P19. A quick search on one of my favorite image boards showed art only relevant to KARAKARA. 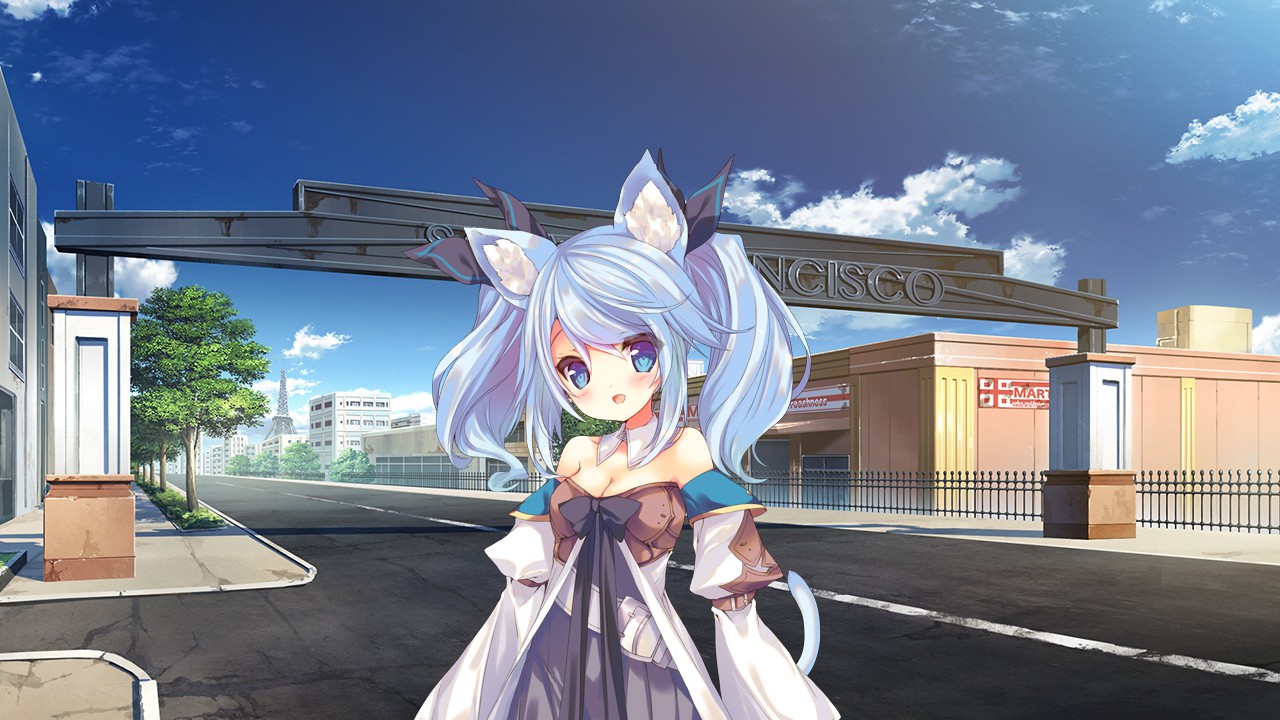 The second game seems to include a fair amount of reused art, with repeated poses and, as you’d expect, a number of familiar backgrounds. This isn’t necessarily a bad thing, but a bit more variation between the animal characteristics of the different girls wouldn’t have gone astray. 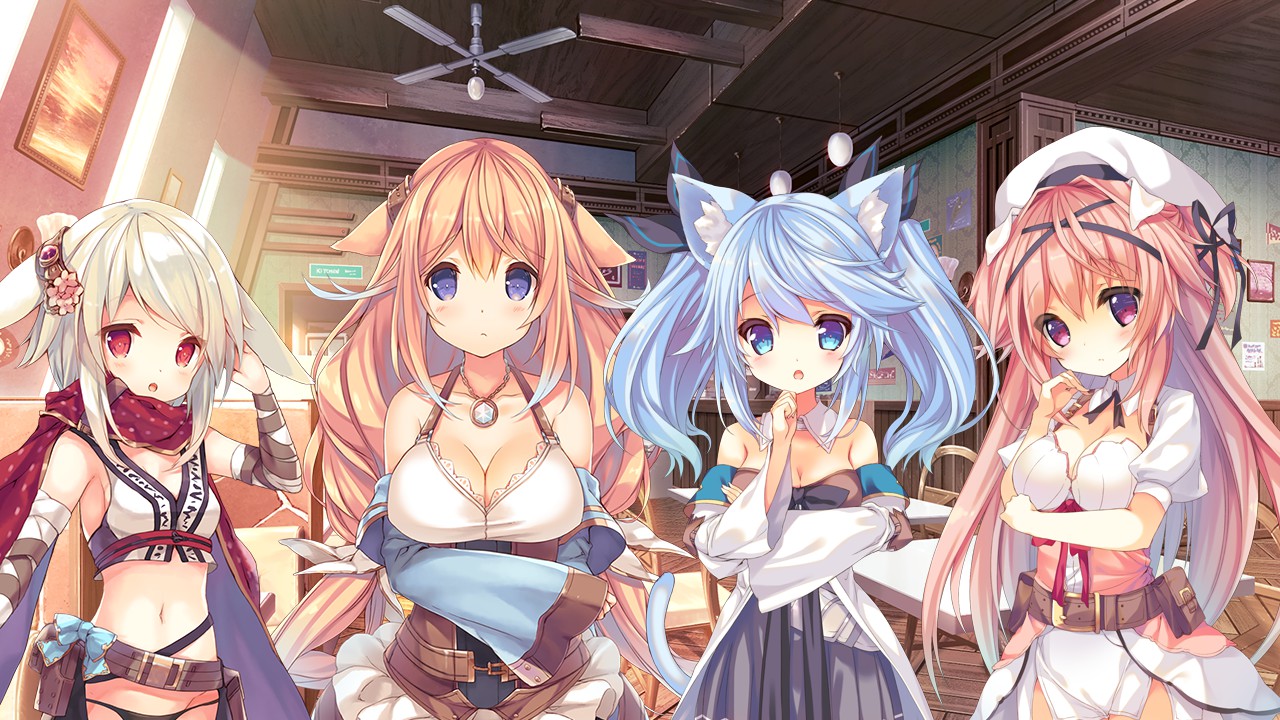 The interface is minimal, as it should be in a visual novel in my opinion, with most of the functionality relegated to a series of option screens. It mostly works well, but I noticed a number of times that the text paused mid-sentence, requiring another click to advance it. I’m not sure what the hang up was here, but it happened at least a dozen or so times. There’s also a dodgy-looking black effect that spins around in a circle to clear the screen; I think a simple fade to black would look much better.

Music is typical of anime visual novels; it could be from any one of the many that I’ve played over the years. It’s well produced and sounds okay, and is exactly what you’d expect from this sort of game. Again the second game includes many of the same music tracks as the first, but expands the playlist out to 17 tracks. Sound effects are very limited, but the game includes complete professional voiceovers in Japanese for all female characters. 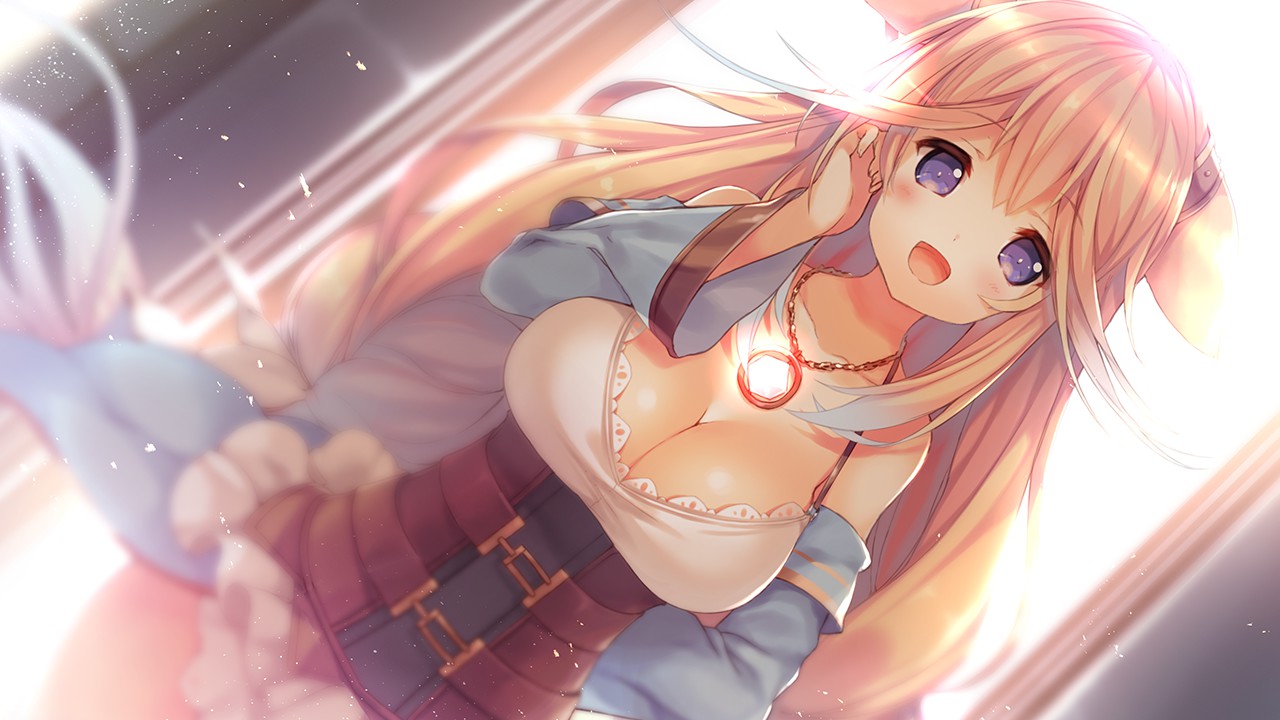 There’s an animated cutscene for the opening credits for each game, and a short closing credits animation for the second game, all of which are very well made. Interestingly, each game includes an unlockable music gallery as well as CG art gallery, which is a nice touch. The music doesn’t appeal to me personally, but for anyone who likes it, this is a nice free alternative to paid soundtrack DLC. 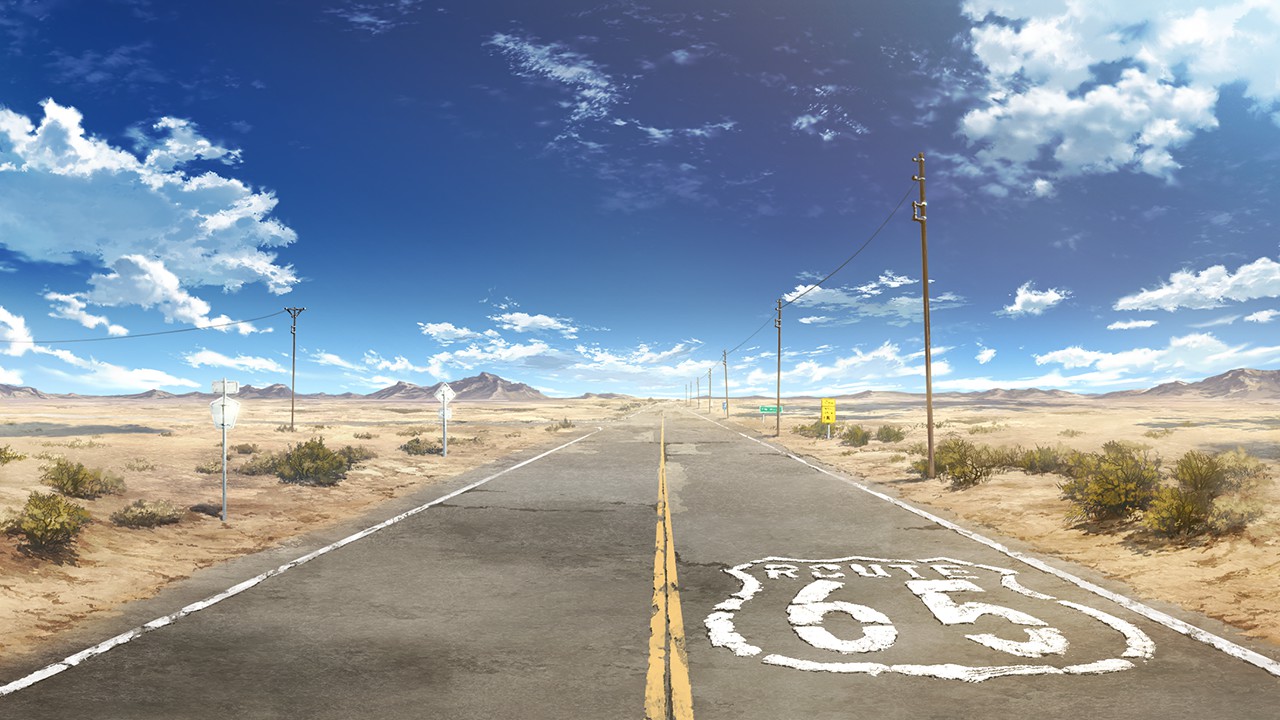 KARAKARA plays like any other game of the genre. The story is revealed a sentence or two at a time and you click the mouse button or press enter to advance to the next piece. Scene transitions happen automatically and the ‘game’ doesn’t feature any interactivity beyond this; you can’t influence the story at all as it unfolds. 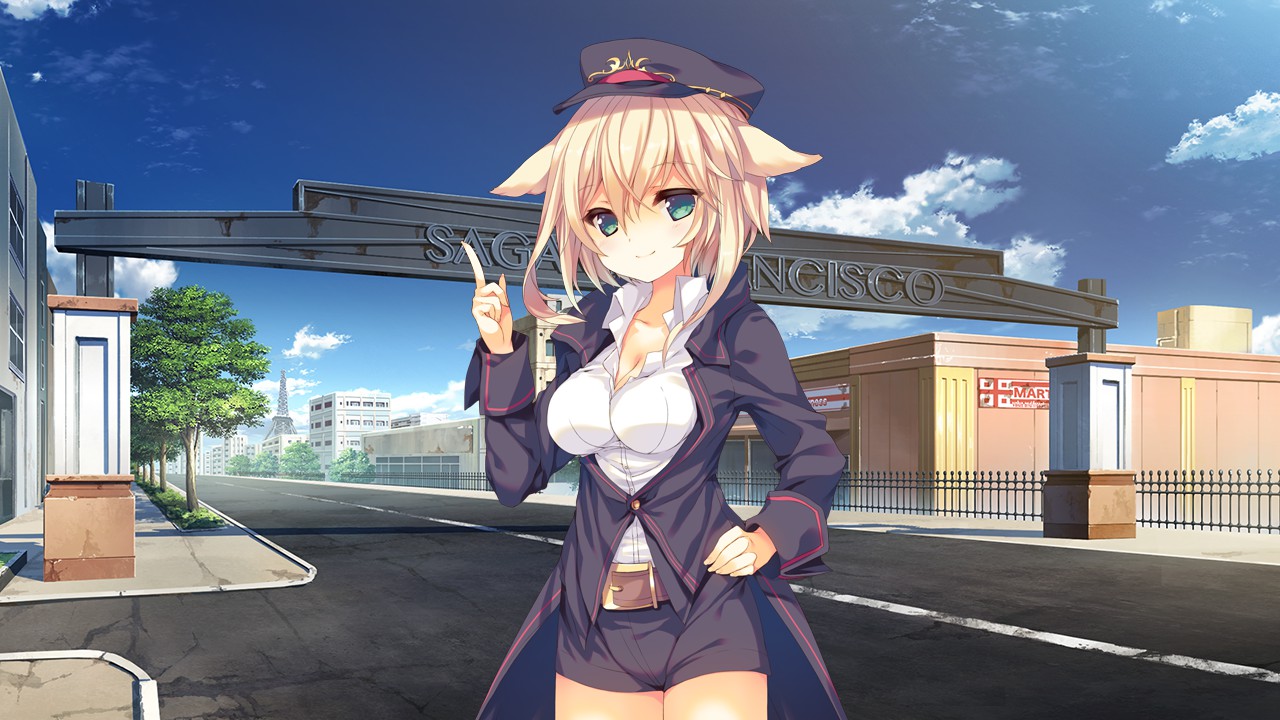 On Steam, KARAKARA should really be tagged as ‘kinetic novels’; the games have no choices, story branches, or any sort of gameplay beyond simply clicking to advance to the next piece of the story. They also should not be tagged with ‘nudity’ or ‘sexual content’, as they don’t have these things unless you also purchase the adult patches from a separate third-party storefront. I’m not even sure that the first game’s adult patch is still available for purchase. 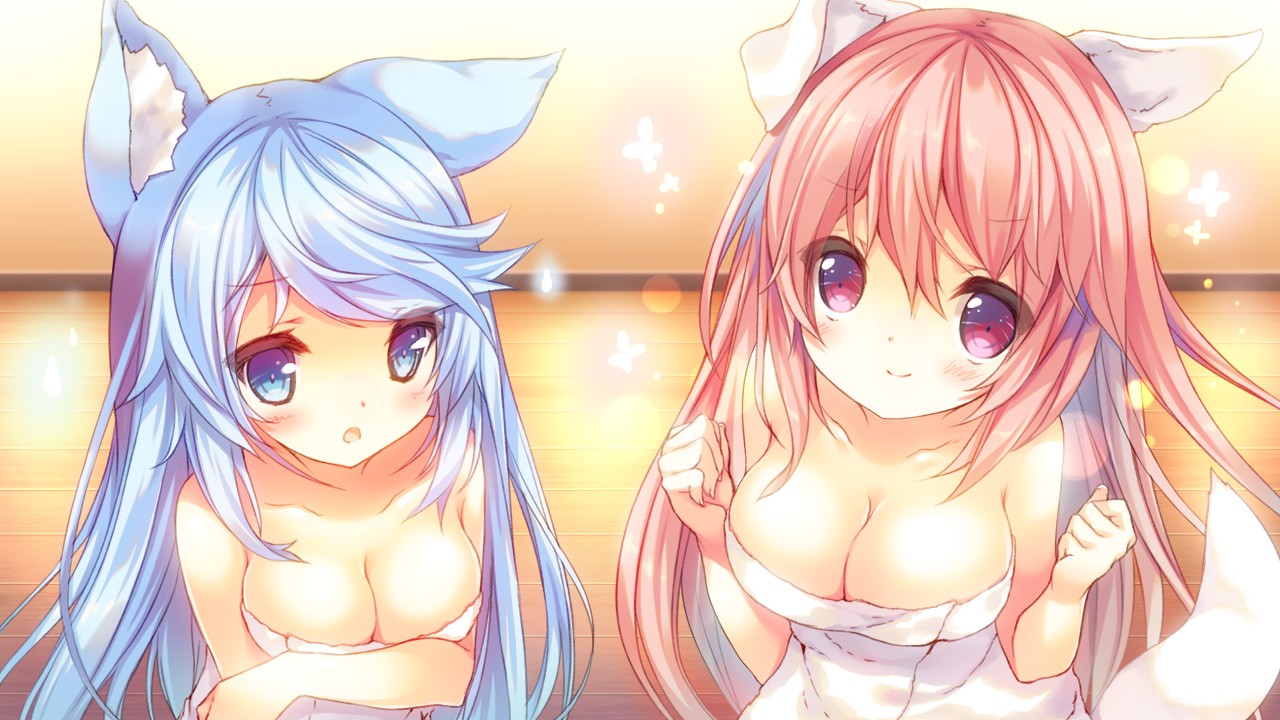 Initially I thought the game to be extremely derivative of Nekopara, though in a post-apocalyptic setting. As the story progressed that feeling faded, though, and indeed KARAKARA‘s story is interesting in its own right, with similarities to the Cat’s Paradise realistically being no more than the protagonist working in the food industry and having a cat girl working for him.

As with any visual novel, the story and art are key to enjoyment of the title. As mentioned, KARAKARA‘s art is good, though not as good as some, and the story and characters are interesting and enjoyable. Though the script is rather silly and somewhat basic at times — and the dialogue especially seems a bit silly in places in the second game — the English version is grammatically well written and has obviously been edited by a professional with a good grasp of the written language. I felt that not very much happened in the first game, but the episodes of the second game introduce more of the interesting world and more actually happens to the characters. 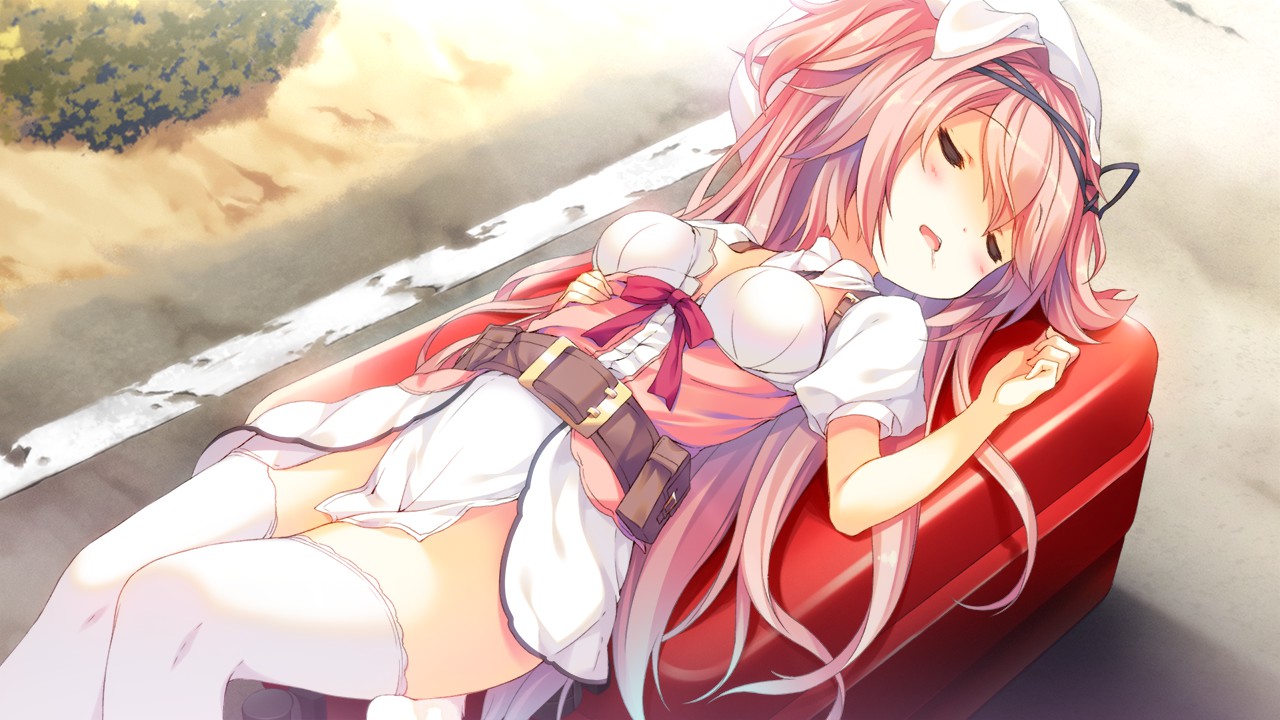 Other than the games being incorrectly tagged on Steam, my biggest complaint is the length. You can get through the first game at a reasonable speed, including all Steam Achievements, in under two hours. The second game, which for some reason doesn’t include Achievements, is only slightly longer than that. For the price of the games — especially once you add on the cost of the adult patches — that’s not very good value for money. The series’ lack of interactivity and choice compounds this, making it a title that’s really only appropriate for enthusiasts or those with money to spare. 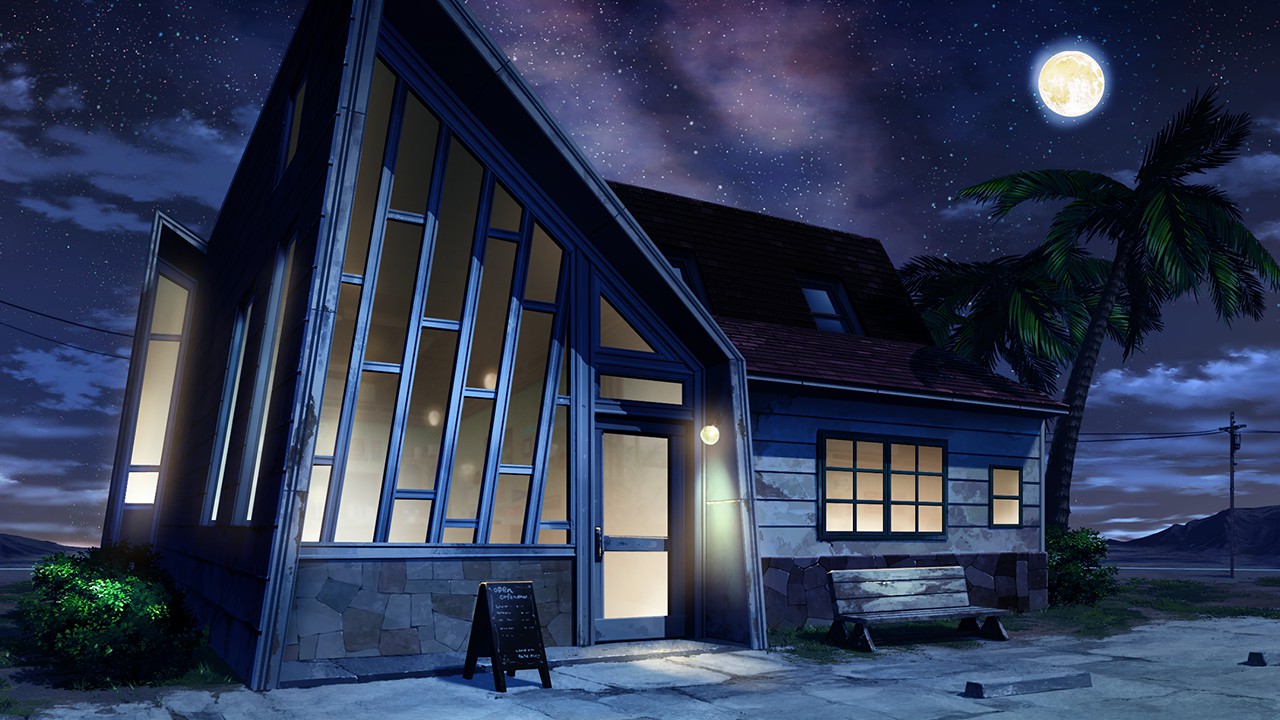 KARAKARA and KARAKARA2 are competent ‘kinetic’ visual novels, with an interesting story, pleasant art, and likeable characters. The Steam version of each is not quite what you’d expect from the Steam store pages, though, and I think overall they are far too short for the price. If you’re a fan of the genre and have money to spare then, by all means, pick them up, but don’t expect any more than a handful of hours from both titles, and, if you’re after more adult entertainment, do bear in mind that there’s no nudity or sexual content unless you purchase the patches elsewhere. 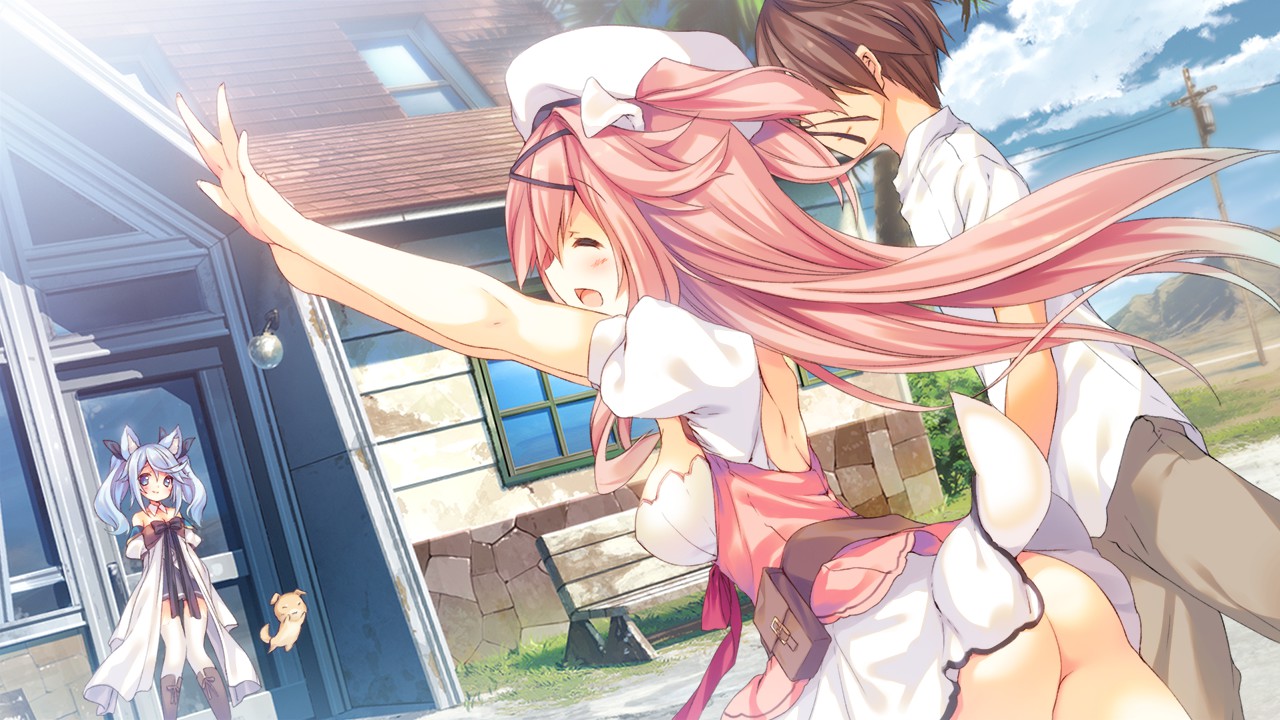