REVIEW: SEUM: Speedrunners from Hell + The Drunk Side of the Moon DLC
Add comment
Share:TwitterFacebookRedditPinterestWhatsAppEmail

REVIEW: SEUM: Speedrunners from Hell + The Drunk Side of the Moon DLC

SEUM is all you need in order to satisfy your heavy metal and platforming needs.

SEUM: Speedrunners from Hell is a first-person platformer with an emphasis on speedrunning. The game has been out for more than a year, and it has just recently received its first DLC, The Drunk Side of the Moon, which adds a bunch of extra content that is sure to please fans of the game. With that said, how does everything hold up as a package?

While some games can attract and entertain a lot of people, I think that this game is part of a very niche genre. Not only is SEUM a game that focuses entirely on speedrunning, but it also features a pretty badass soundtrack. The heavy metal music present in the game manages to keep you on edge, either when you’re just performing a perfect run on a tough level, or when you keep failing over and over. If you’re looking for a game with an engaging story or likable characters, this is not the game for you, but if you like some hectic gameplay and challenging level design, please continue on reading. 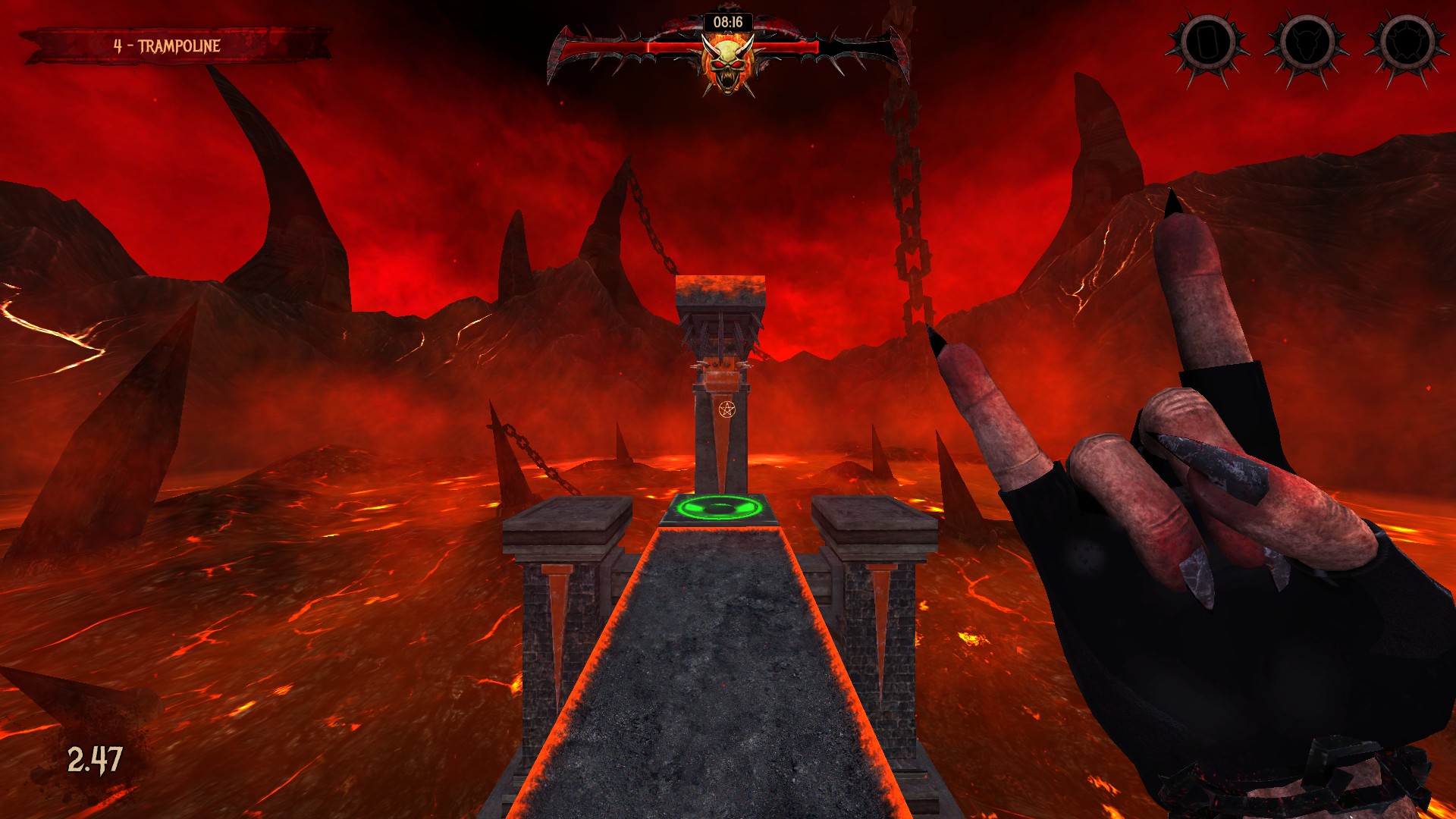 The core of the game is pretty simple, all you have to do in each level is reach the exit before the time expires. However, you can also try to do better than that in order to acquire a gold rating and earn your spot on the leaderboards. The base game comes with an endless mode, a speedrun mode, and about 100 levels, with each level getting progressively harder than the previous one.  This manages to keep things both challenging and interesting to hopefully keep you going. As for the recently released DLC, it adds 33 new levels that take place in a new environment, as well as three new powerups and a few extra things.

Now, there was something that surprised me when I first played the game, and that’s the fact that you don’t gain speed by bunny hopping, quite on the contrary, you seem to be faster while instead of being in the air. This came as a surprise to me because, having seen numerous videos of the game, I was under the impression that, given all the platforming and jumping shown, bunny hopping would work like in the Counter-Strike bunny hop servers and allow you to gain speed and momentum, which would obviously allow you to complete levels faster. At first I was disappointed by this, but as I progressed through the levels I started realizing that the challenge of SEUM doesn’t rely on keeping your speed up, even though that’s somewhat important given that it’s a speedrunning game, but instead, it relies on level design and the use of the so-called powerups. 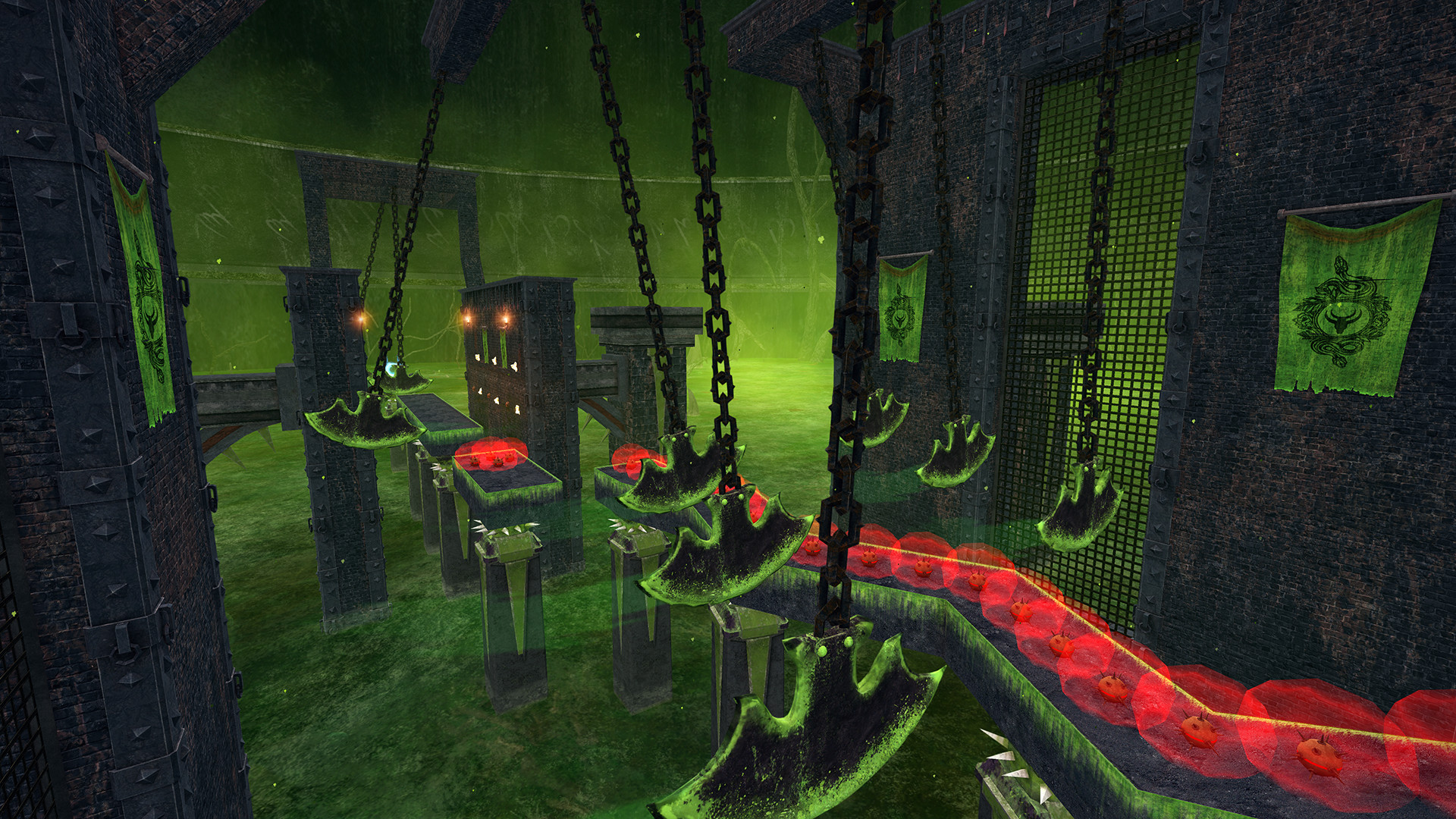 Each level is really unique, even though they could be categorized in terms of what you should do in order to beat them. While on one level you’re simply relying on jumping and timing to get through a series of obstacles, on another one you might have to resort to the use of powerups in order to trigger some mechanisms to clear your way to the portal. These powerups are essentially secondary abilities that you can use with the right mouse button, and they are introduced pretty early on, even though you’ll use them pretty much throughout the entire game. From spawning small platforms that you can jump on, to teleporting yourself and inverting gravity, which allows you to fly, the levels take advantage of these dynamics to create some exhilarating moments. The DLC also added three extra powerups, which made the new levels even more challenging and interesting at the same time.

The game benefits a lot in terms of replayability, of which there is plenty. Not only does the game have Steam Workshop support for user-made levels, but, as I’ve already mentioned, it also features an endless mode. To top it off, since this is a speedrunning game, there’s plenty of replay value if you’re trying to go for the best time possible on each level. There are also hidden levels and collectibles that you can find in secret spots on each level, which are things that you’ll most likely miss when you first beat the game. 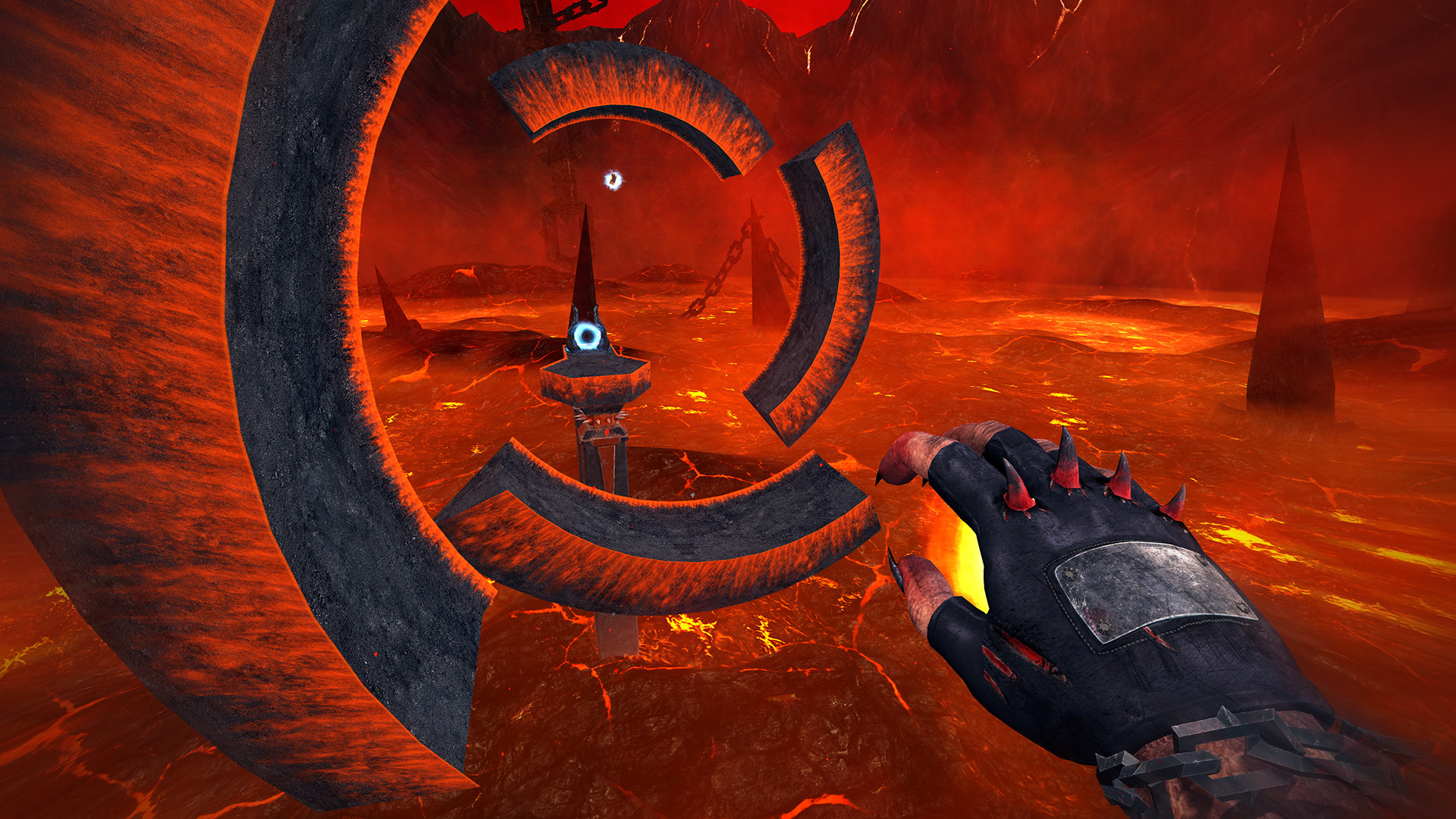 Overall, SEUM is more than worth your time and money if you’re into speedrunning, hardcore first-person platforming, or really fast-paced games. The heavy metal soundtrack, the thrilling level design that has the potential to drive you mad until you eventually figure it out, and the fact that there are some really clever ways to beat each level in a very short amount of time are pretty much the things that make this game worth it for me. With that in mind, the DLC is not only a welcome addition that brings even more crazy levels in a new environment, but it also forces you to adapt to using the new powerups to overcome each level. If the game looked a bit better, and if it allowed you to see other player’s replays before you actually completed the levels that you get stuck on, this would’ve easily been an Autosave.