A charming 3D story-driven adventure puzzler with imaginative artwork and some of the best voice acting and music I’ve ever had the pleasure to behold.

You play as Dusty, a cynical, slightly grumpy character with funny ears who is never much impressed by anything and is always keen to skip the nonsense and get on with his quest. He’s accompanied by his female sidekick Piper, a colourful bird of some kind, always cheery and optimistic, following Dusty around and offering advice but never actually doing anything. 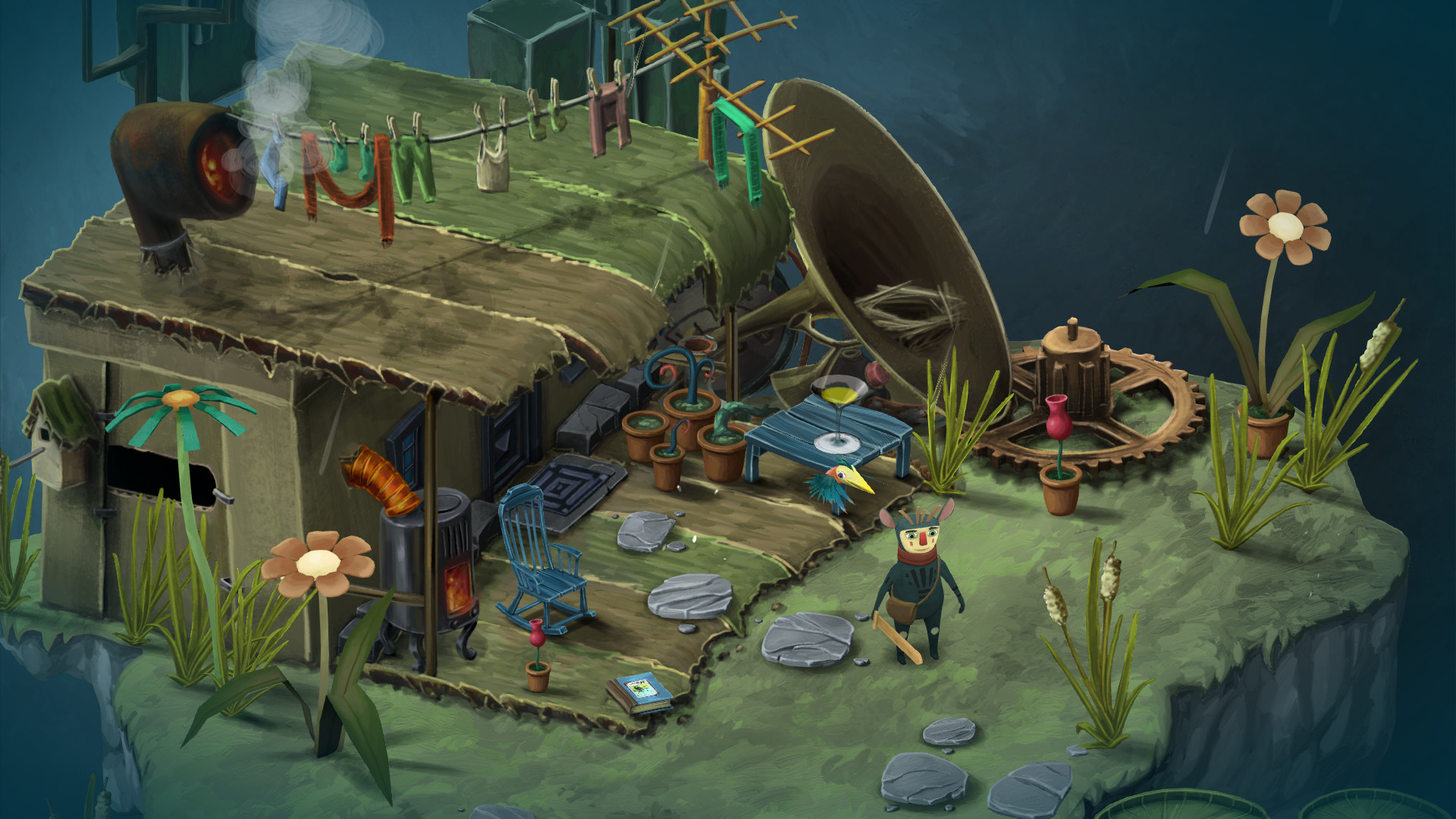 Our intrepid duo journey through various towns chasing the Nightmares from one place to another and occasionally doing battle with them. The Figment world is chock full with all manner of interesting characters and puzzles. The world overview has a distinct Dr Seuss quality to it, with whimsical objects leaning at funny angles and curly things galore.

In each area you usually have to find items to use on other items to make them work, and unlock the path to the next area. Fairly standard stuff. There are a lot of handles to be fitted to windmill operators to turn them in the right direction to blow the cloud blockages out of the way, and colour-coded batteries to be discovered and fitted to the mechanisms to make them blow. As you progress the puzzling becomes slightly more complex and you have to fight off spiders, sewer rats, snakey things and other miscellaneous monsters now and then.

There are many houses where anonymous characters live. If you knock on their doors they all have quirky comments to make in a multitude of voices and accents, often bemoaning the latest happenings in their town brought by the Nightmares. None of them ever open their doors but the voices alone really bring life to the whole environment. 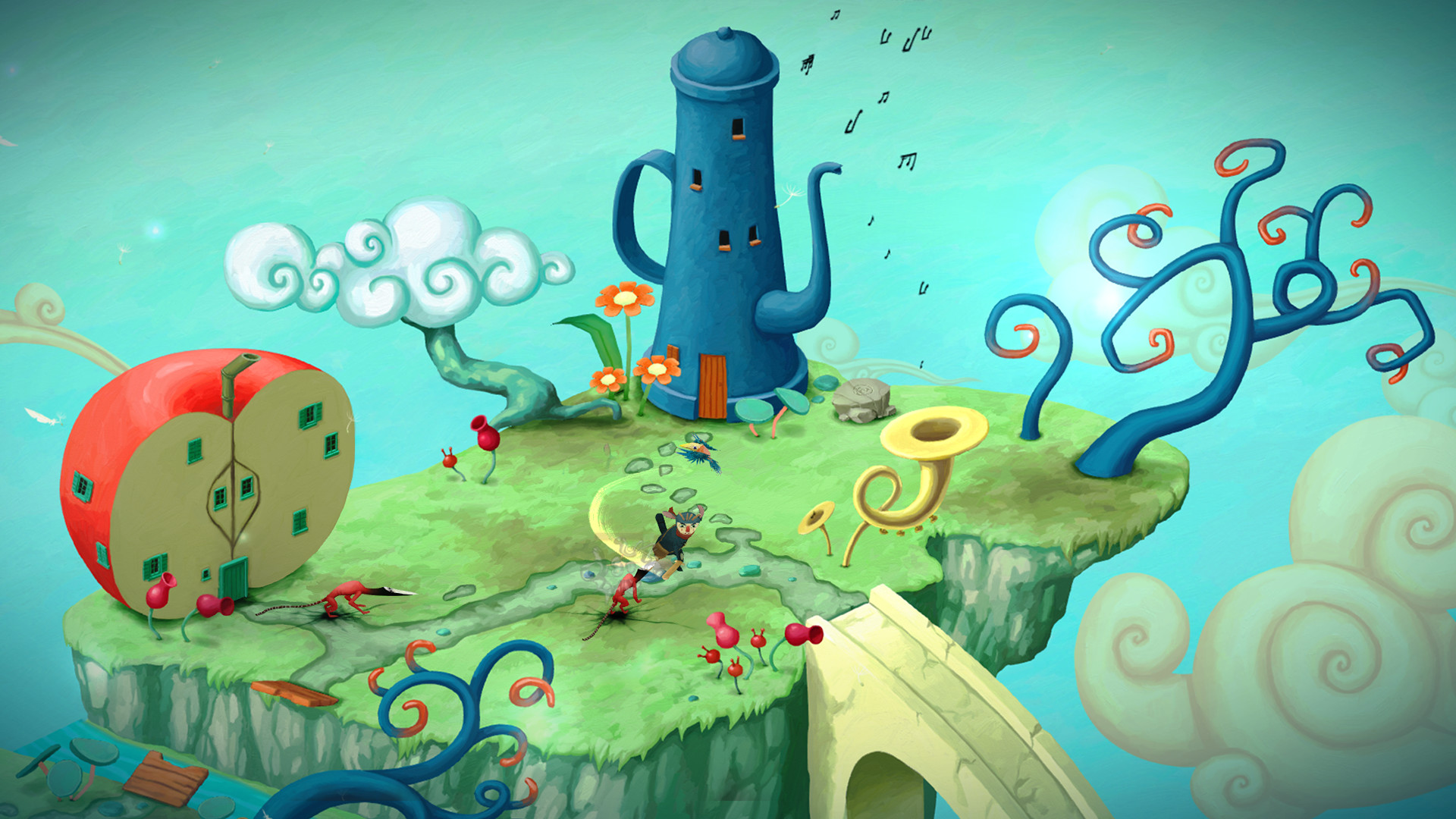 The artwork is colourful and imaginative, there’s always something fresh to enjoy and plenty of cutscenes, but for me what makes the game really stand out is the music and voice acting. There’s a wide variety of original music throughout the game, and none of your synthesised garbage either, it’s proper brass, drums, guitar and ukelele. The instruments within the game emit the music as you pass, so for example you have a guitar bush and the music gets louder and softer as you pass. The instruments are like the local vegetation, growing wild. You can give them a whack with your sword and they’ll produce little bursts of sound. Brilliant! Sometimes I would hang around in an area just to listen to the music for a bit longer, it really is that good. The final boss deserves a special mention though, that song is so awesome, if someone told me it was the latest Metallica release I wouldn’t be surprised!

I don’t know how many voice actors were used in this game, but it seems like a lot of them. The variety and quality is staggering. Each vividly-drawn character has its own unique voice, making them all so memorable, like in a big budget cartoon movie. The main characters, not content with just having great voices, use rhyming poetry when they talk. There were definitely some professional musicians and poets involved in the development of this game, not just programmers. 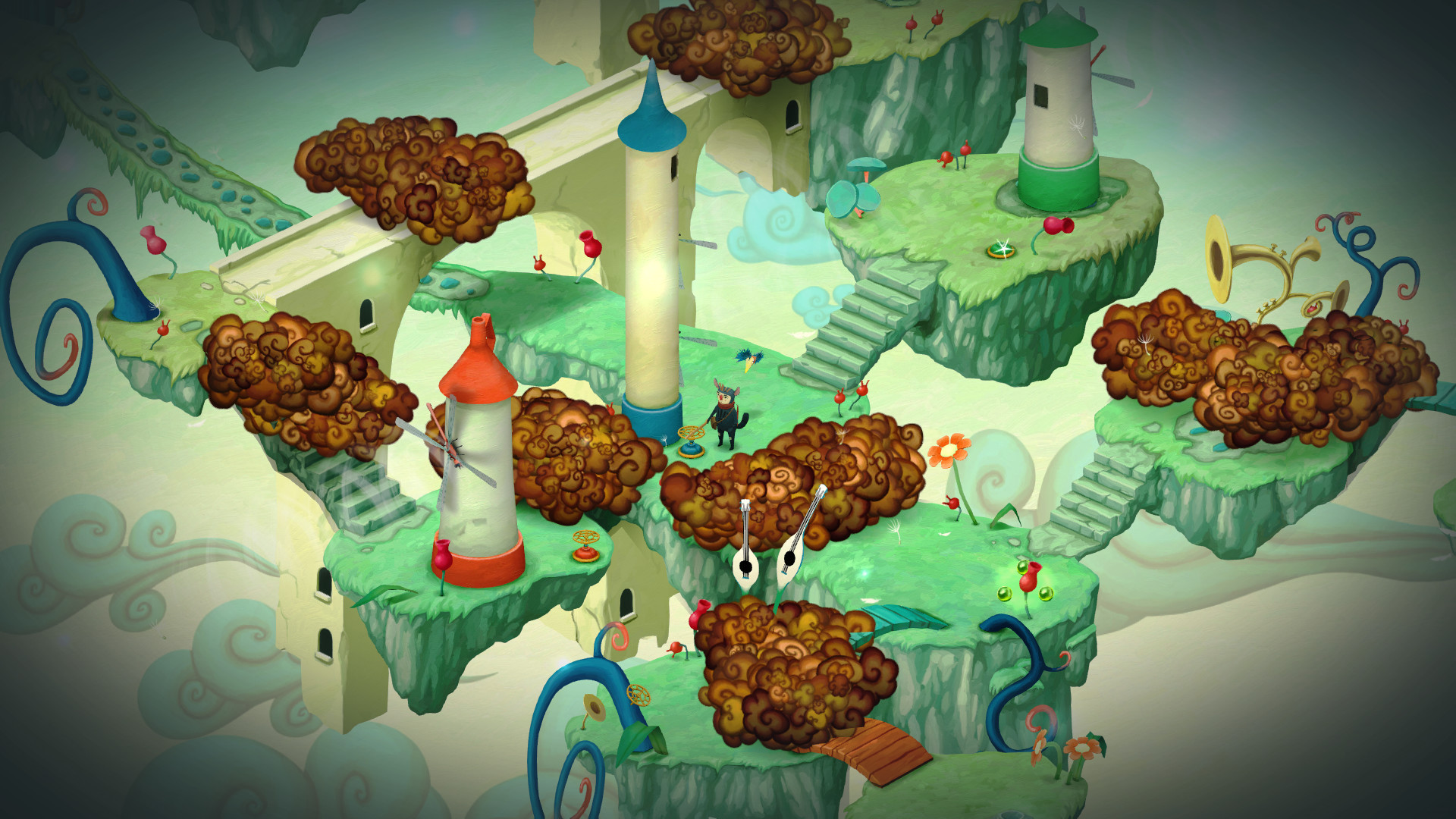 If you’re looking for a tough challenge you might want to give this a miss. The puzzles are interesting and keep you busy, but they couldn’t be described as difficult by any stretch. You may get held up a little now and then but you won’t be needing an online guide for this one. It’s about the adventure, storyline and enjoyment of the environment rather than the challenge. There is combat and you will die now and then, but you respawn and try again, and after a few attempts you’ll succeed.

Most of the latter achievements are for finding all the houses and special items in all the areas. I’ve completed the game and then gone back to have a look for the ones I missed and I must say some of them are well hidden because I haven’t found them yet, so there’s some challenge for you if you need it. 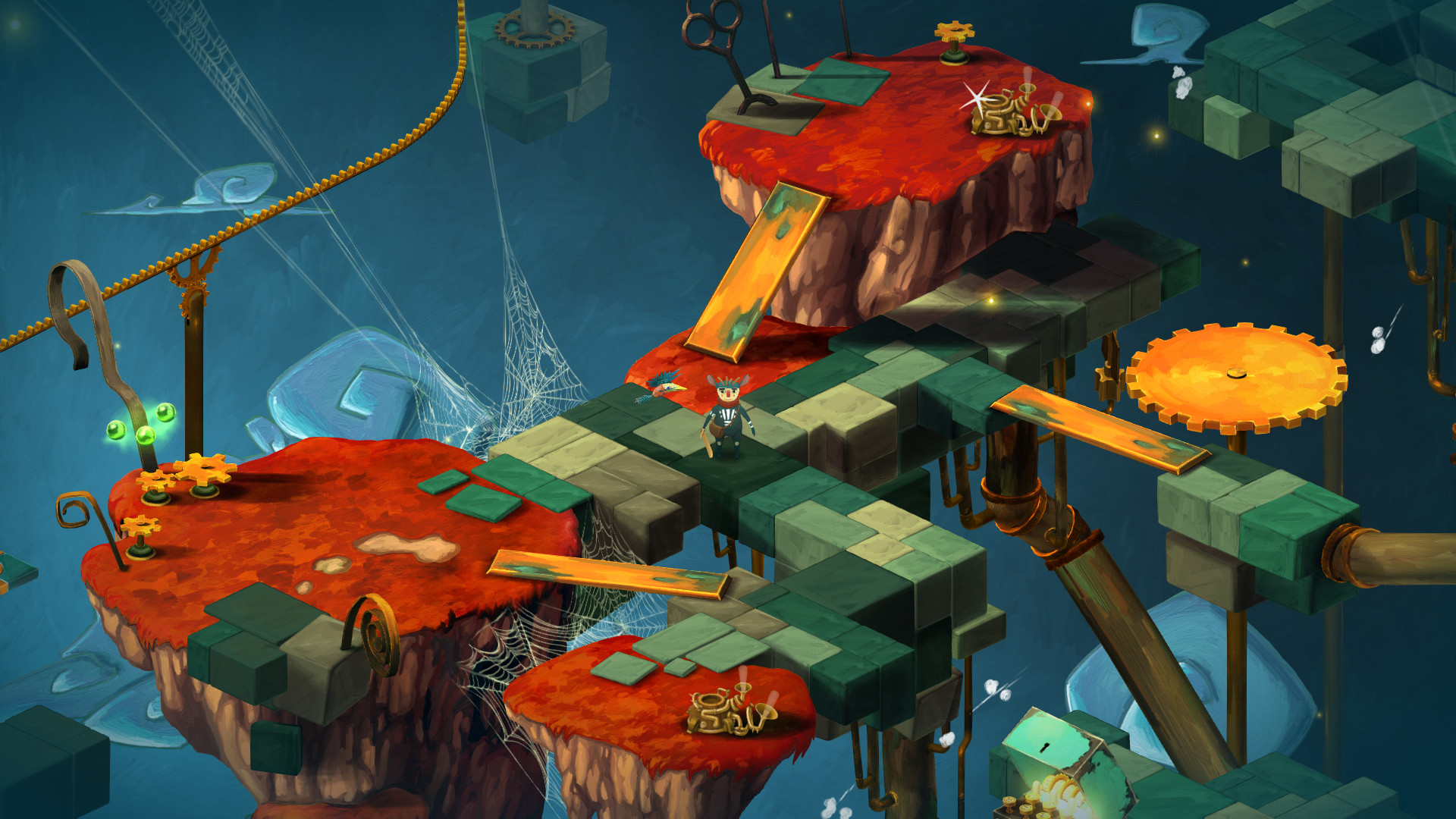 All items present and correct: Achievements – half of them for normal progression, half for post-completion searching for more obscure items; Trading Cards (x7); fully cross-platform and Cloud Sync for us dual-booters.

There’s about 8 hours worth for a normal playthrough, plus extra for completion. It’s not the longest game ever, but the quality packed into it makes it well worth full price in my opinion. I loved every minute of it. 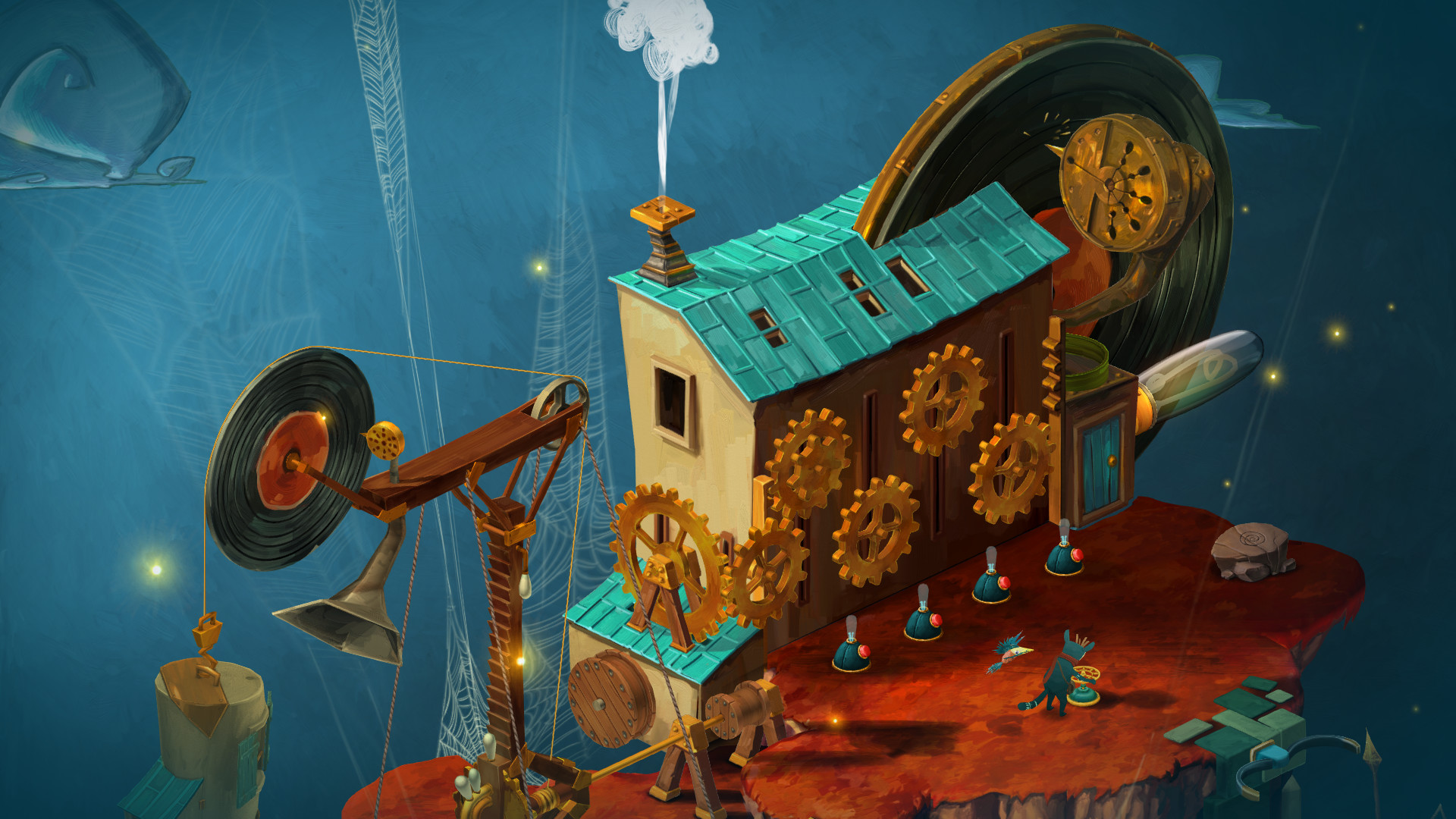 Sometimes games in this genre become a chore for me towards the end and I have to force myself to continue. This one kept me glued to the screen from start to finish. There’s so much great content packed into it that it’s constantly fresh and you want to discover the next wonderful puzzle, tune or character in the story.

The only small thing I would mention is that it would be suitable for family consumption if not for the occasional bloody buggers and bastards. 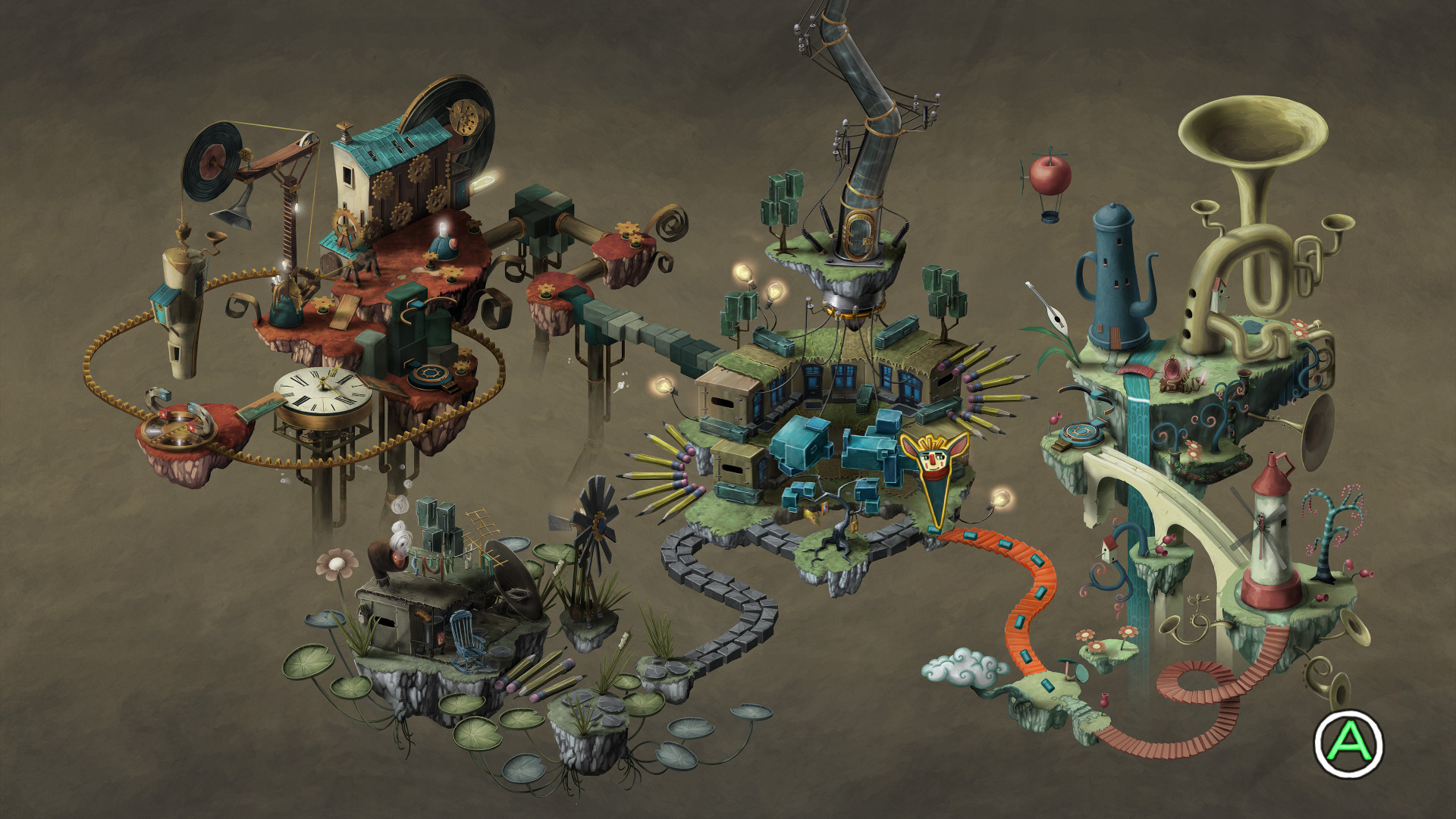