Lines is a simple yet addictive puzzle game with exciting game modes and lots of hours of gameplay.

The concept of the game is simple. In each level you are assigned a color and once the other colors start spreading from their spawn points, your color has to spread across more lines than the other colors. Since you never start in a winning position, you are given different options to improve your position, depending on what mode you’re playing.

The main mode gives you a few spawn points to place across the blank lines, but then you also have the eraser mode (erase one of the other colors), knife mode (cut one of the blank lines), and others. Each mode contains 50 levels and you can only unlock the next mode by finishing at least ten levels of the previous mode. Not all levels in a single mode are unlocked automatically, though; to unlock all 50 of them, you have to beat one level with a gold trophy (win the level ten times in a row), to give you the short version.

The rules of the game are really easy to understand, though you probably understood nothing from my description above. The tutorial takes ten seconds and it shows you everything you need to know about the game to be able to successfully complete all levels. The puzzles are rarely very easy, though; to complete most of them in the first try you need to think a lot about how to use your tools. Some of the levels are really, really hard, so you might even need to try ten times before you manage to beat them.

The spawn point placement is random on every level, which has an obvious effect on the difficulty of the level. Sometimes, you manage to complete a very difficult level just because the RNG gods really weren’t in favor of the other colors and you’re more or less just given the victory.

A lot of attention is given to beating the same level multiple times in a row. As I indicate below, you need to beat one level with a bronze trophy (3 times in a row) to unlock levels from 35 to 40, a silver trophy for levels 41 to 45, and a gold trophy for the rest of the levels. I think this is enough motivation to make people try replaying the same level over and over, which I would otherwise never do for sure. To really show you how much the developer emphasizes winning streaks, just take a look at the achievements list for this game: you can get one for winning the same level 100 times in a row. 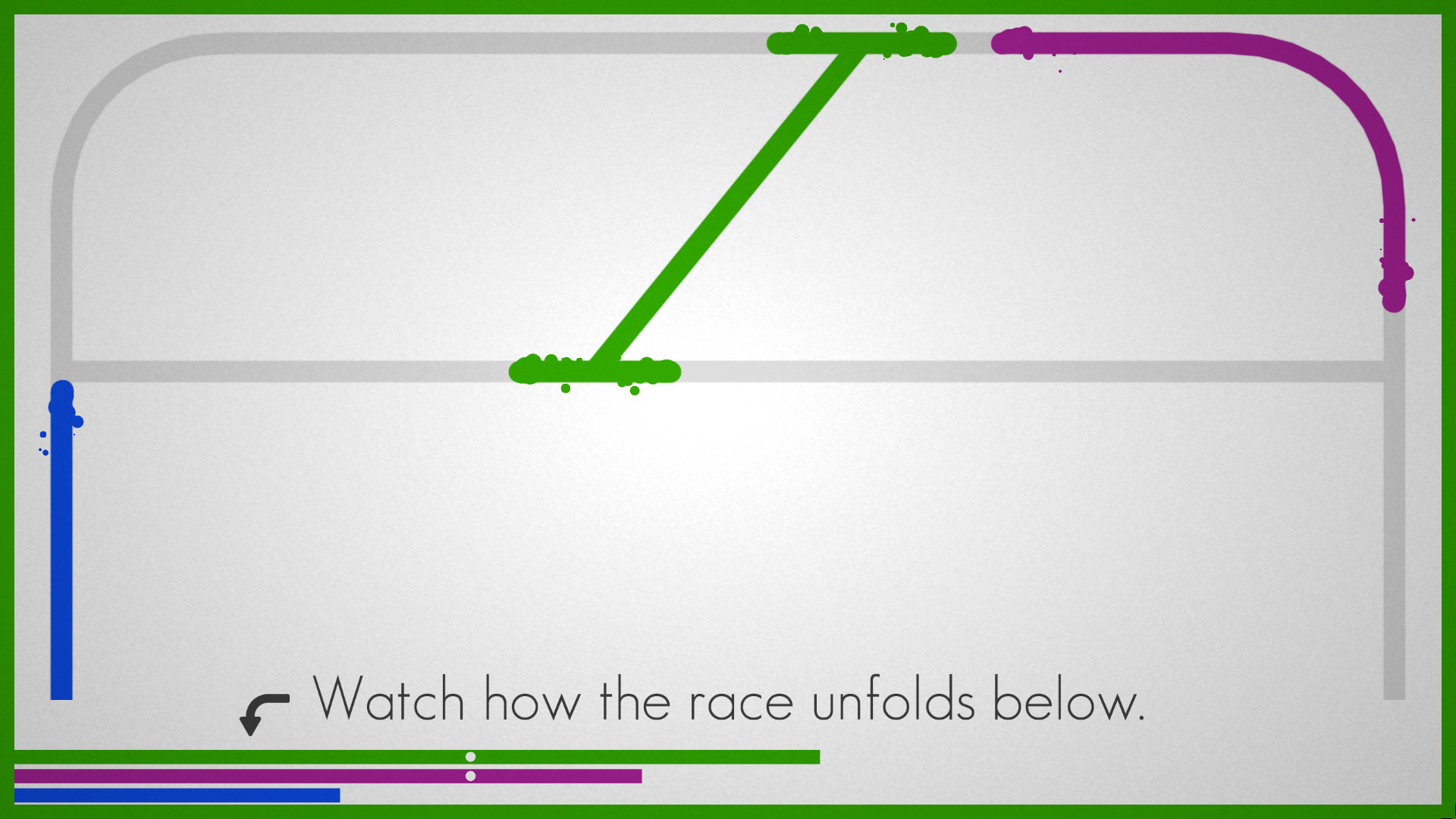 Daily challenges are also a thing in this game, which is certainly a good option for players who have beaten all other levels already. Every day you have to beat one level 2-5 times, depending on the level. The daily challenges don’t appear to be too difficult, at least not from what I’ve experienced.

If you happen to be a Twitch streamer, Lines also supports a so-called Twitch mode, which lets you play the game with your viewers. The grid divides the screen into sections with different names, which can be chosen by your viewers to either help you out or play against you. How cool is that?

For all of you who play puzzle games late into the night (like me), you can turn on the night mode, which does what you expect it to do: changes the white background into black, ensuring your eyes can stay pain-free for longer periods of time. And it looks really rad if you ask me, so I just keep it on all the time. Plus, you get an achievement when you finish one level in night mode.

There is no music in this game, everything you hear consists of sound effects played when lines collide or when the level is finished. It’s nothing special, really, but it fills your ears with some pleasant piano sounds.

I know that people like to be creative, which is why the Workshop support might be of interest to them. A built-in level editor lets you create your own level, share it with the community, and play it instantly. The Workshop button in the Play menu lets you choose among all community-made levels you’re subscribed to and the game keeps the winning streaks just like it does for ordinary levels. 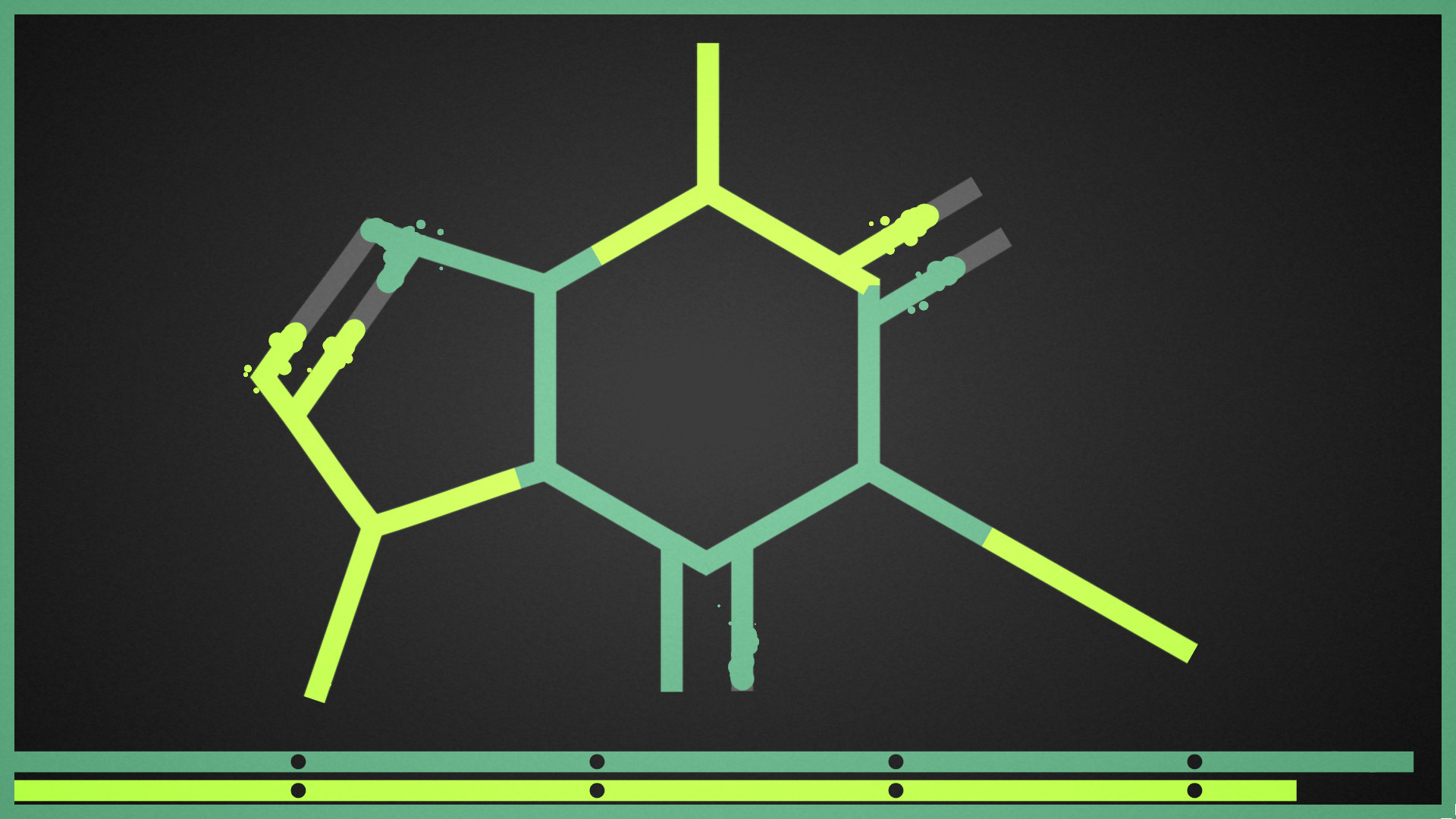 After briefly looking at the paragraphs above, you may notice that I haven’t mentioned any bad things yet. Well, there aren’t many. The first thing that bothers me is that the lines move a bit too slow. Now, this is not even a problem if you’re not repeating the levels, but once you try to get the 100-in-a-row achievement, waiting for the lines to finish their journey is not always a pleasant experience. I wish there was a way to speed things up a bit. The only other complaint I have is the lack of Linux and MacOS support. I do use Windows at the moment, but I know plenty of casual gamers who use Linux and this game would be perfect for them.

For $5, this game offers plenty of fun. I needed about four hours to beat every level and I will definitely keep playing the game to try to get the rest of the achievements. If you’re a fan of games like Mini Metro or other puzzle games, you will surely have a good time playing Lines, too.