Starpoint Gemini Warlords is a rightful heir to Starpoint Gemini 2.  The title “Bigger, better, fancier!” would sound great…if it wasn’t for the inexplicable resource gain ratios introduced in it.

Starpoint Gamini: Warlords is the last iteration of the Starpoint Gemini saga and recently out of Early Access. This title tries to improve on the mechanics seen in the previous chapter with brand new RTS-like systems which add base management, facilities, and fleets to the classic Starpoint Gameplay. It is basically a light 4X space game combined with an action third-person combat space game, an interesting mix most surely.

General Gameplay
The gameplay of SGW is divided mainly into two sections: the first is the one where you are in control of your ship; directly engaging in fights, buying materials and equipment from space stations, roaming the galaxy to find signals, and looking for hidden treasures or cargo ships to pillage. This first part of the gameplay is very similar to the one already seen in the previous chapter. It includes a light RPG-like skill progression based on the class you choose, each with different active skills to use in battle and an array of consumables to aid in fighting and operations like mining. It involves a lot of exploring and mission-completing for money and experience. The second part of the gameplay is the new, strategic one. You will be in charge of building, maintaining and coordinating facilities for your factions, and like in any respectable 4X space strategy game there will be resources to harvest, deals to make with other factions, wars to wage and fleets to build. All this is done via a simple and polished interface where you can manage Research, Construction and Upgrades quickly and efficiently. Build more harvesters to acquire resources, get your fleets together and conquer territories, counter-attack enemy invasions, hack logistics to get enemy positions – there is a lot of stuff to do. One thing that is mentionable is the new and improved take on dialogue which can now be influenced by passive perks and is gained with levels your character has. If you possess a perk or a certain trait, the dialogue can go in many different ways with a variety of things happening.

Combat System
The combat in SGW is basically invariant from the previous chapter.  Your ship has a hull with four shield backs each facing at a 90 degrees arc that will be damaged if hit in that zone. Consumables and skills are fundamental for victorious combat. In this title, enemy fleets are larger since players have their own to manage. There will also be fixed positions like orbital defense turrets and installations to destroy or conquer. Weapons can be controlled manually or in auto-fire with the ship computer. Ship controls are good and responsive, although, the orientation of some heavy weapon banks could be clarified better to avoid misfires in battle. Weapon and system upgrades can be done with traders, likewise, the type of ship can be upgraded as well, drastically boosting combat effectiveness.

Content
There is much to do in Gemini. Campaign, Scenario and Freeroam modes are all different experiences and will give players a lot of content. If you want to do and see everything in this game, prepare for gameplay time in the range of  100-150+ hours.

Balancing
in Gemini, the combat balance is fair, as far as 1v1 is concerned. Ship classes are well balanced and functional to their purpose.

There is but one major, although, it is a very bad one: Resource balancing.

READ THIS VERY CAREFULLY:
In this game, there are three resources: Ore, Gas, and Materials. They can be acquired passively via the harvesting structures you will build for the most part, or manually with your ship but in very limited quantity. The first two are balanced well, as they come in fair quantities even early in the game.  With just a few upgrades to the facilities, all is well. The third one is a disaster, an apocalypse. The Materials are the most important resource.  These are used to build many upgrades and most all the ships for your fleet. There is no way around it, to get a fleet you need a lot of materials especially for the Territory Conquest. The issue is, the ratio at which materials are gathered is impossibly slow.   I left the game in idle many hours to harvest resources today, came back and had only enough to build a few ships or upgrades.  To conquer a territory in order to build more harvesting facilities and get more resources, you will need a lot of ships not three or four.  This means you need to stay idle or do missions to pass time in order to get enough resources to build a proper fleet and conquer more territories to get more resources.   It is a vicious cycle that really cripples the gameplay making it a serious grind, putting huge time-walls in progression. This is a major issue you should really consider before buying.

Challenge
Playing this game on the hard difficulty is quite challenging. Basically, it is all about numbers because you cannot solo a 20 ship fleet.  Many things will require the support of your fleet such as directing them and micro-managing to repel attacks while conquering at the same time. Bosses, called Veterans or Warmasters are very rare and formidable and provide a huge challenge to overcome. 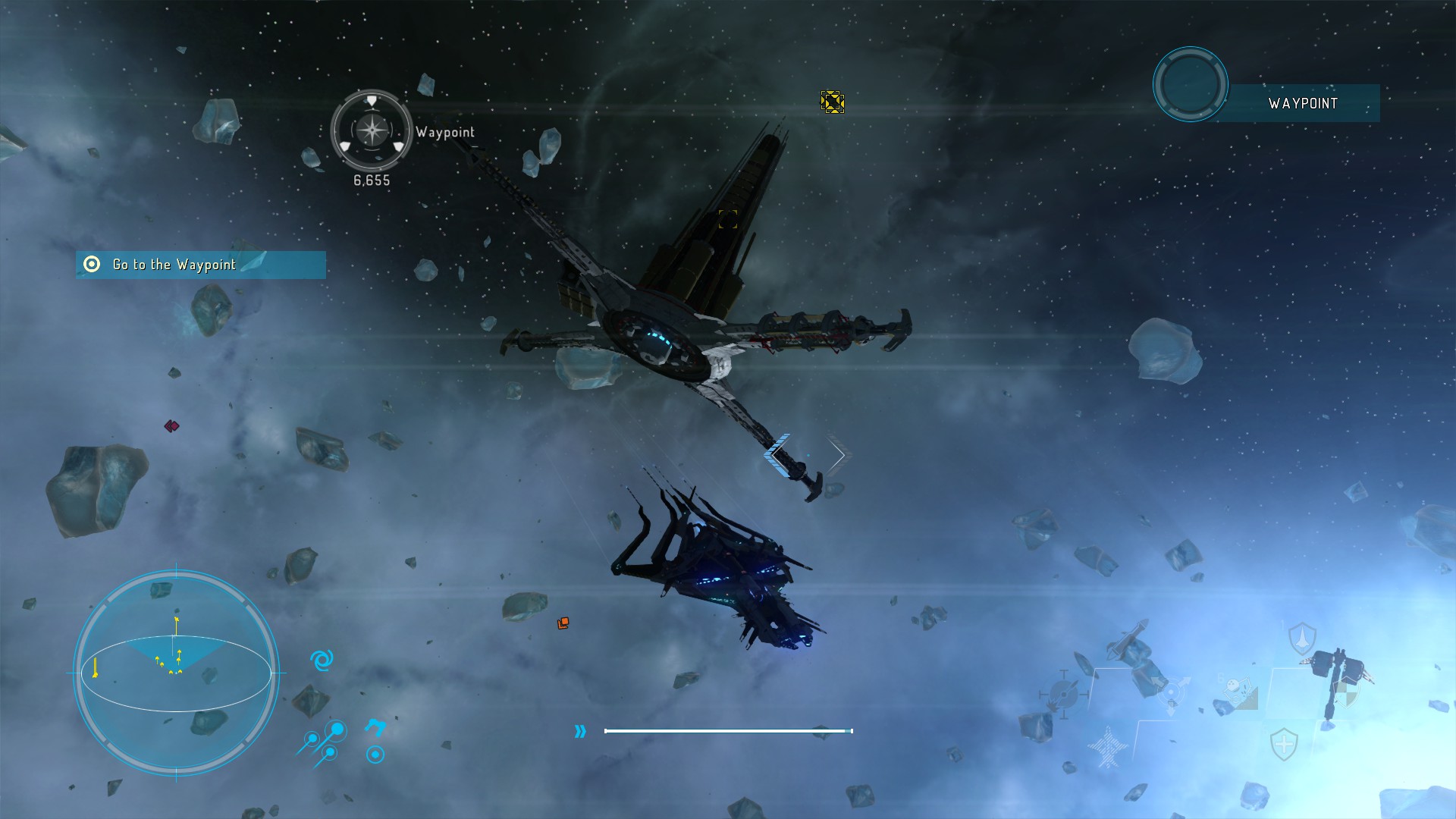 Graphics
The game has an improved version of SG2 engine. There are very good particle effects and lighting with high-quality ships and station models. Planet textures could be a lot better as they are quite low in quality. Space is depicted as it should be: huge, mostly empty and dark.  The game does a good job in recreating a space atmosphere that feels alive.

Performance
Gemini runs very well.  I felt it had good optimization and can run on med-low spec machine without issue.

Stability
I experienced no crashes or game breaking bugs.

AI
In combat, the Enemy AI is basic, they just shoot everything at anyone. As far as the RTS part goes, the AI will attack you in your most vulnerable territories and they will defend their own by sending fleets if you trespass boundaries.  It is a passive and not a particularly AI compared to pure RTS standards but it does the job.

Game Quality
The UI, inventory management,and fleet management are well don.  It’s all easy to understand, fully functional and minimal like it should be.

Bugs / Issues
Nothing worth mentioning encountered. 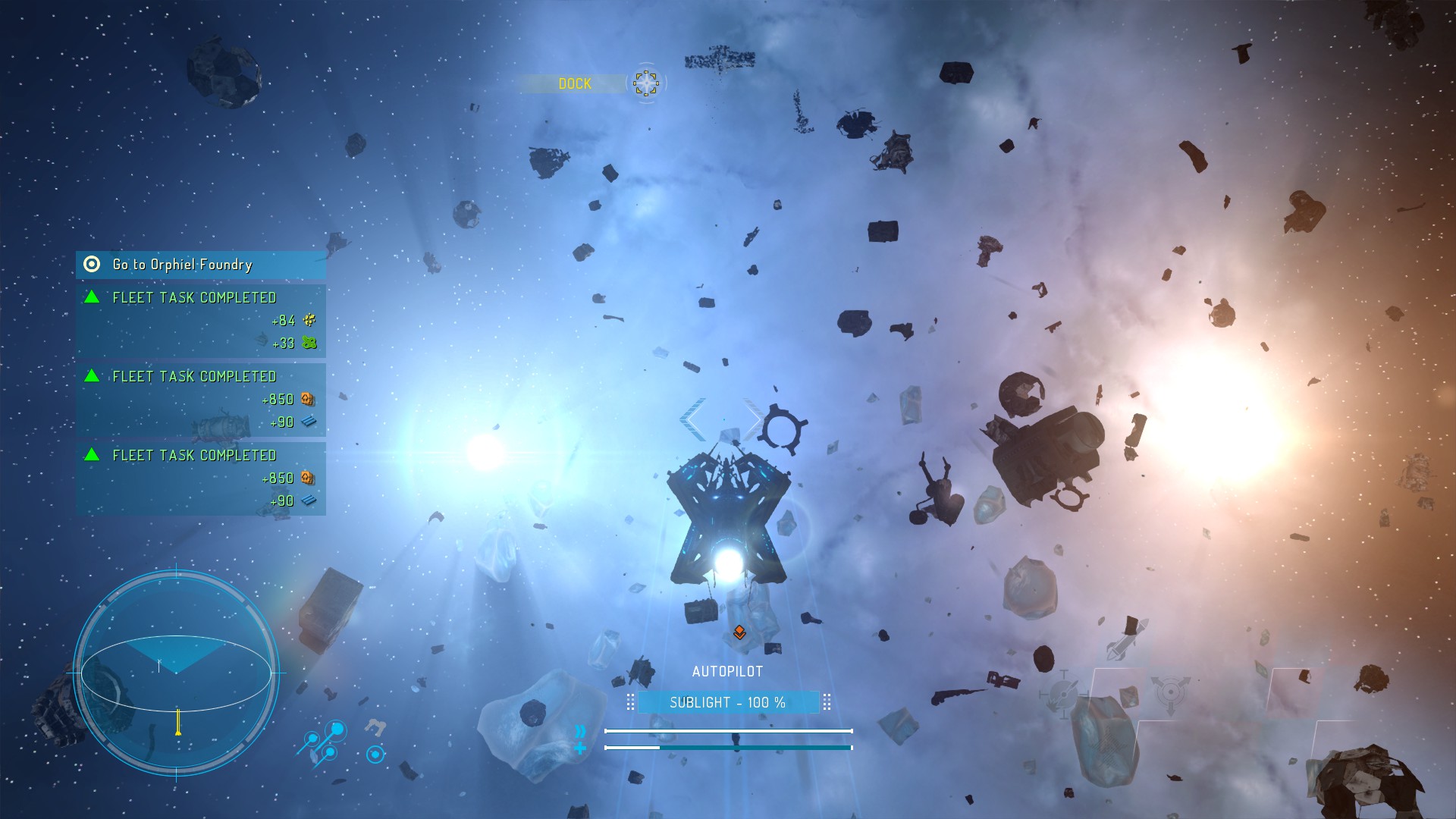 From what I have played, Starpoint Gemini Warlords truly is a rightful heir to Starpoint Gemini 2. If it wasn’t for the inexplicable resource gain ratios that lead to grinding for hours, it really would be that “Bigger, better, fancier” title I wished it was. It is this single but very major game balance issue that, in my humble opinion, the developers didn’t think through correctly. If you don’t mind the huge amount of time it takes to grind for ships and get resources, this game has no other flaws worth mentioning and is very good.  However, if that is a problem you hate dealing with then avoid this title.