To each object and being there is a song. Everything tries it’s best to sing it.

I found Everything to be a game of perspective and connection. It was a blind playthrough, and seriously, I had no idea what to expect. In my mind, there were ideas of exploring entire worlds and lush environments, granted that was based solely off the screenshots on Steam. What I found instead, was a game that may just challenge the perceptual concepts of someone’s individual place in the world, or lack thereof depending on their philosophical stance.

There is so little gameplay, I’m not quite sure how much to reveal. Everything, will most likely be categorized along the lines of an environmental walking simulator sandbox. From the beginning, the game starts off as what looks like a point of light, perhaps an unattached soul. It’s hard to tell, but eventually, that soul becomes a randomly chosen animal. Just before this transformation, however, a “Think” command is requested and three very specific questions are asked:

“How long has this been going on?”

“Is there a point to all this?”

I’ve replayed this a few times and new questions were generated every time, however, the interesting thing to note is that Everything always asks the player to think in terms of existential possibilities. This feels substantially more engrossing than most sandboxes. Immediately at the start of the game, there is a feeling that there is more being addressed here than just a nature simulation.

Make Sense of the World

From this point, the main course of the gameplay is to traverse the world while learning how to Sing to other creatures, form a herd by joining similar animals and gaining the ability to shrink or enlarge from one entity to the next in order to see things from differing perspectives in the universe. By other “things” I literally mean things, because you can become a blade of glass, a bacteria, a spiral galaxy, or even a subatomic particle. Each time an entity change is made, the world moves together into either a microcosm or a macrocosm depending on how small or large the chosen object is. That’s the main gist of how this game tries to elucidate the perspective of another being’s point of view. Next, there are some unlockables which occur rather quickly in the form a recorded narrative given by Mr. Alan Watts.

“A myth is an image, of which we try to make sense of the world.”

Right here, I feel the game is trying to examine that image as each being-transformation allows a person to make more “sense of the world”. Communicating with inanimate objects becomes a common occurrence. Herds of rocket ships become a possibility. It’s rather interesting and eye opening to say the least. What I feel is missing, though, is a connection. Perhaps I am out of my league here, but I don’t feel that the social herding and kicking someone from a herd is quite enough to convey a feeling of kinship or social bonds. Families, for better or for worse tend to be that social connectivity. Even for those without a family, there is something to be said of the closeness acquired once the bonds between good friends are made. In a game of this scope, perhaps that goes beyond the time and investment needed to produce an experience of that magnitude. For me, I felt that if the real life drama of a game such as Shelter 2 could be incorporated into Everything, this game would hit my heart deeper than it currently does.

So, back to the narration. If the concept of listening to snippets of someone talking about how the universe is connected to every object, person or animal feels like an intriguing way to delve into the consciousness of the greater eco-system of the cosmos, then Everything will certainly provide that. If not, then it may be best to think about skipping all the narration unlocks. 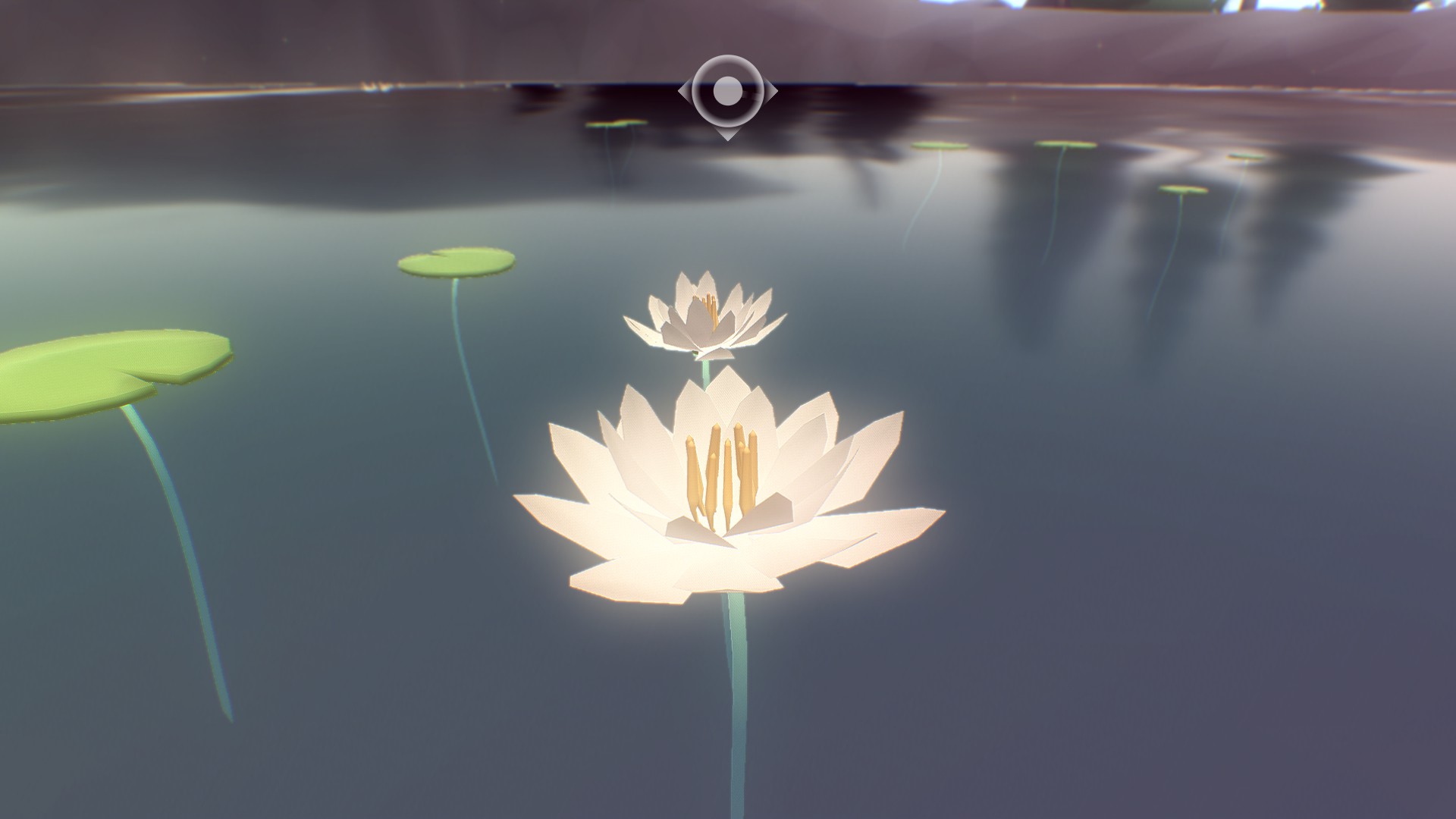 I played this with an Xbone controller and found it very easy to navigate and move. Most of the movement is a simple cartwheeling of an animal or object. Rolling as a stone is a little less unsettling than constantly flipping about as an animal. The grass and flora seemed to be my favorite entities, as progression is made by growing new plants in the direction of the right joystick. Overall, the controls felt nimble and self intuitive.

Suffice it to say that the anchor point of this game is the visual element. There is something almost spiritually deepening about becoming a subatomic Vibrating Light Point amid a polygonal kaleidoscopic background, which looks like a personal view of the Doctor Who intro. I may be plodding forward as an antelope in an arid desert only to follow that with a transformation into the sparkling wonder of a spiral galaxy with a herd of other galaxies zooming along through the universe. It’s addictive to keep switching entities and even on Auto-Play, a feature that plays the game for you when left alone, I would find myself simply letting the game run in the background for hours while I went about my day.

It’s just short of stunning, overpowering any differences you may or may not have with the narrative. There is an eclectic amount of enthusiasm here of a “wild and free” feeling that makes for quite a personal release, even if the game does not appeal to you. Not often do graphics create an impression of this magnitude. Kudos to the development team. 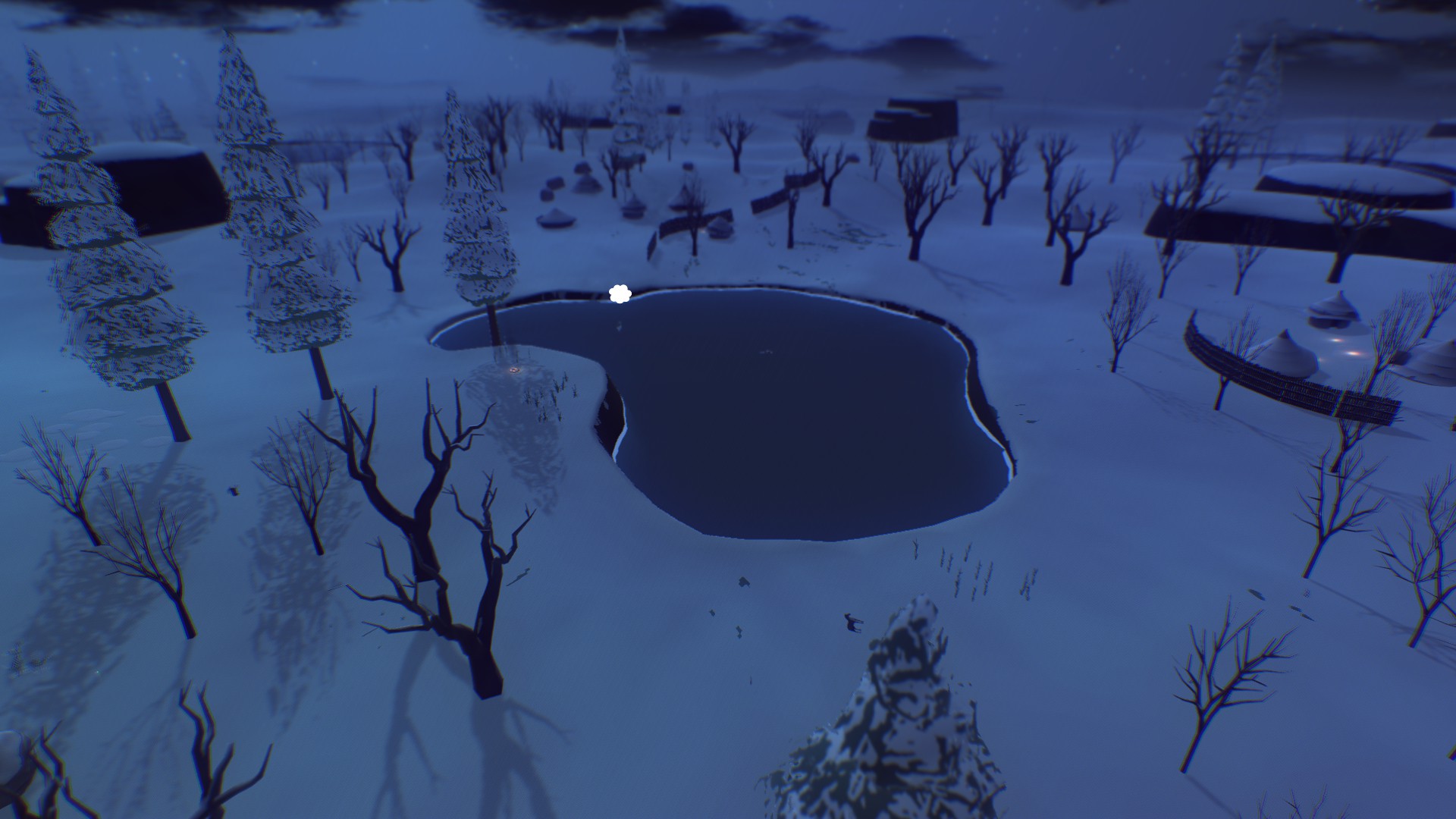 While the graphics take center stage, the sound in Everything is where the actual sweet center of the game takes place. Rarely do you see a game that tries to tackle the idea of self with a conversant method of gameplay. The only downside is that the narrative is not for everyone, and I would say more than a few people will scoff at the ideas and assertions made by Mr. Watts. However, I think the game is trying to impart a sense of clarity with no holds barred. For that, I again congratulate the development team for creating a brutally honest and engaging narrative that involves trying to make more sense of the world we all live in, whether someone agrees with it or not.

Beyond the snippets, which seem like a very touching and profound college lecture, there are the sound effects of the game itself. Each animal or object has its own call, a sound of the individual within the soup of the universe. It’s no small feat, and each sound is used quite well to instruct on how to progress within the game and just be. 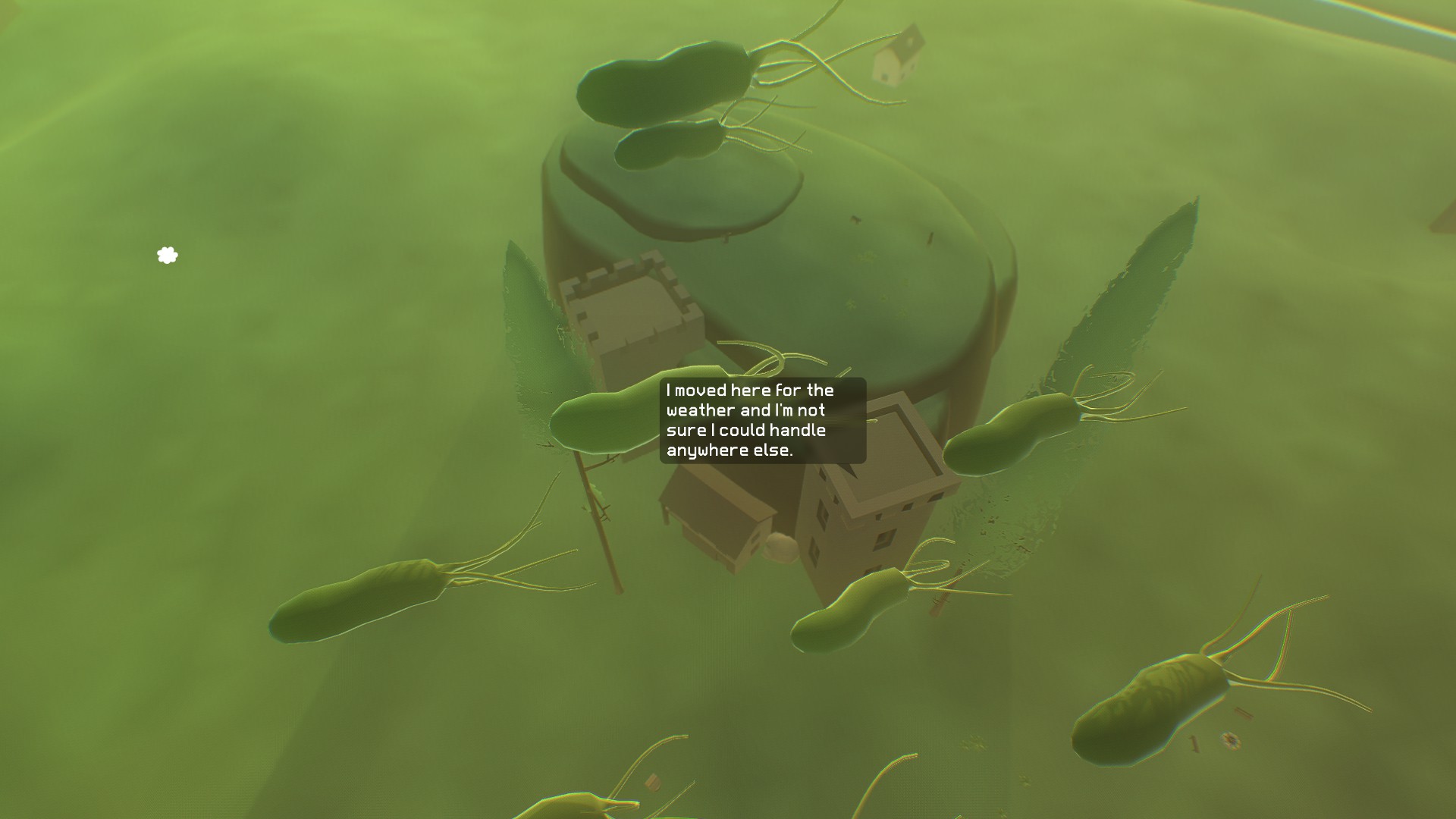 I feel one of the major aims of Everything is to show how the isolated frame of mind can cause an unnatural environment to exist in. I say that in part because the general tone of the narration is saturated with the idea of a communal cosmos where all beings, sentient or not, live in a complex interchange of existence. I also say that from watching areas of the game where it is visually implied. There are points in the narration about equality, understanding how societal tensions can influence rational thinking and the acknowledgment of the connectivity of the universe that is both tangible and intangible. However, the lasting impression that remains is how that isolation from the rest of creation can twist the awareness of life outside of ourselves.

As a walking sim sandbox, I rather enjoyed my playthrough. It may or may not be something someone wants to replay several times, but it does hold itself well by the force of its philosophical conviction. Now, Everything may not exactly feel comfortable for everyone, that is certain to me. So, for a recommendation I’m going to advise it for people who enjoy strolls in the park, adding extra hours to games just to wander, and those open to the ideas that Mr. Alan Watts describes. For anyone looking for quests, gameplay action, or simply going from point A to point B in a timely manner I think you may want to hold off. This is a game that defines the word meander. There is no right or wrong way to play, there is just the journey it provides. For a game rating, I’m giving it a Save For Later since it may not exactly appeal to the masses. It certainly does amaze and hold my interest with the subject matter, though.