Being bad has never been so good.

Out of nowhere, SEGA brings the acclaimed action beat-em-up of last generation’s consoles to PC, after years of fan demand. We have two important things to answer in this review: is the PC Port worth your time, and does the game still hold up today?

Bayonetta opens up on a scene with what looks like a priest summoning a bunch of angels, and then immediately after, stripping their garments and proceeding to destroy the living shit out of all of them. You’re in for a wild ride with Bayonetta, which is one of Platinum’s most highly recognizable efforts. Directed by Hideki Kamiya of Resident Evil 2 and Twitter Blocking fame, it saw light of day on both the Xbox 360 and PS3, and it follows a very simple formula: you can punch, kick, shoot, and dodge angelic enemies with a huge amount of style. You do that for the whole game. Mostly.

The combat is super slick and visceral, and rarely gets old, thanks to the surface simplicity and deeper complexity it offers. The combo system encourages constant barrages of attacks, but the use of enemy weapons and the game’s Witch Time mode, activated upon dodging at just the right moment. This make for a huge incentive to master the game’s superb combat, because being able to do so makes for a game that controls as if you were an extension of the controller. At least, when you’re not screwing around with the outdated, messy camera. To this day, smashing enemies still feels super great. The drive to play the combat as perfectly and stylish as possible is one of the many ways this game can keep you going for multiple playthroughs. However, while the combat itself is fairly fun, a lot of other actions you do in the game, such as the many QTEs, and the light puzzling and platforming sequences, are definitely dated relics. It’s surprising just how many of my deaths in the game came not from my poor combat performance, but instead from failing to notice that I had to press the right button combination in a cut scene. There also isn’t much satisfaction to be had from the game’s torture attacks and finishers. While each is an amazing spectacle, they all devolve to smashing a certain button constantly. I wish I could say that mashing these buttons was satisfying, but instead it just hurt my hands. 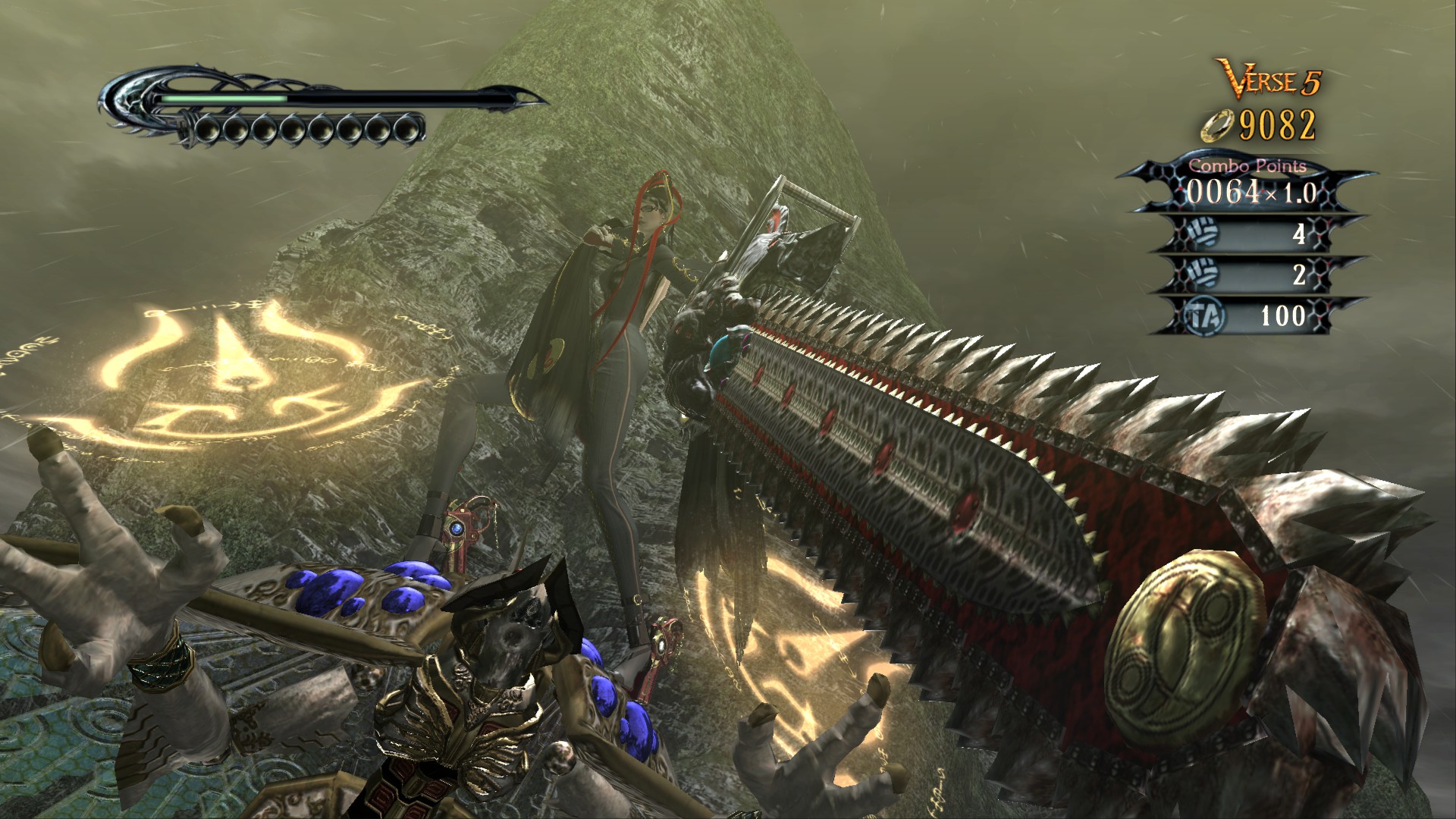 To my surprise, Bayonetta is a fairly long game for its genre. Most of Platinum’s later releases were fairly short. MGR could be completed in eight hours, Transformers Devastation in six. But it’s clear that Bayonetta was one of their longest games, including 16 chapters of angel-slaying fun. But even with all of that content, you’ll notice places where it seems like the budget for the game vanished in the air. Two of the chapters basically throw every enemy you’ve fought up until that point. Two of the chapters are unique vehicle challenges, which while initially fun, definitely feel grating to play through at times due to the excessive length. It sucks, because despite the game’s efforts to promote replayability, when there’s so much stuff that you really don’t want to experience a second time, it just makes you want to move on.

But let me make this clear: the game is fun enough to warrant more than one playthrough. The game gives you so many things to juggle at once that you’ll naturally self-impose unique challenges to get insane high scores and bonuses, such as mastering (or disabling) Witch Time, achieving Pure Platinum medals, and gaining all of the No Item/No Death bonuses. If you intend to play the game only once, you are doing yourself a disservice, as there’s a multitude of weapons and items locked on the first playthrough.

But if the thrilling, but slightly dated, gameplay isn’t enough for you, then what else do you need?

Bayonetta’s presentation and visuals are definitely last-gen, but they still hold up fine. You can tell that the developers really let their inner selves come out in a lot of ways, directing rad CGI cutscenes that present moments of absolute pure joy and likable characters in hilariously over the top scenarios. The music is playful, and is a huge highlight of the game’s presentation, too. Although they tend to repeat the same tracks over and over, the vocals and strong use of piano behind it’s other instruments definitely makes it stand out. If you hear the music anywhere around you, it’d be instantly easy to assume it’s from Bayonetta.

However, it’s not all high points. The story sometimes drags to long dumps of uninteresting exposition, and the overall aesthetic of the game is drab. I’m sure Bayonetta 2 did this better, but this game just seemed to be full of grey and brown at times, which was jarring given how ridiculous and over-the-top the game is at times. Maybe this was supposed to be in contrast to the over-the-top action, but I felt that for the striking amount of locations in which you find yourself, only a handful were truly memorable. The background seems dead in comparison to the ridiculous enemies and the bad-ass destruction.

What really sells the game, though, is the titular character. Bayonetta is definitely a one-of-a-kind character, who’s cocky and powerful. You can see it in the pure energy she emits, with her being very photogenic, often posing towards the game’s camera. She uses her sex appeal to taunt and embarrass her opponents, but doesn’t become overbearingly bad-ass thanks to the rare occasions when she comes off as soft and approachable. These really made for some cool moments in the game.

The sound design is great, too; there was some serious work done to make the Witch Time mode sound especially good. The English voiceovers are decent, with Hellena Taylor as Bayonetta stealing the show, and the remixes of classic SEGA tracks are out of this world.

Bayonetta came out years ago. The fact that its combat is still great today definitely means a lot. So does this PC port do the game justice? Platinum aren’t that great with their PC ports, ranging from just OK to downright disastrous (Nier: Automata *cough* Square Enix, please), but this game is different. Bayonetta is one of Platinum’s best games on PC when it comes to the port quality. Your jaw will drop at the sight of the options screen, trust me. 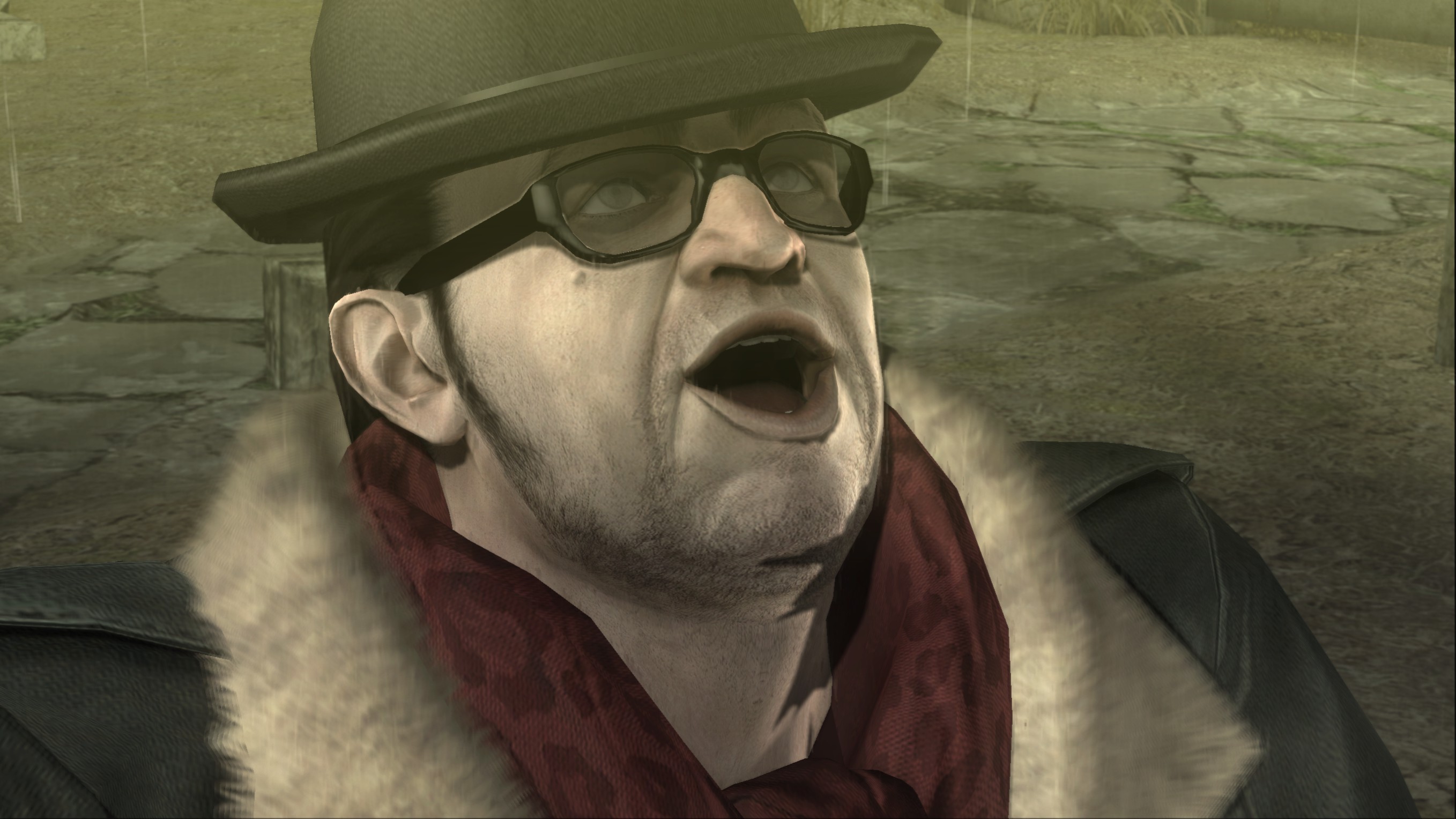 The game’s Steam Store page says it all: unlocked resolutions and unlocked frame rate. This really is the definitive way to play Bayonetta, which on Xbox 360 proved to have slight hiccups, and which completely missed the mark on PS3. The frame rate remains high even on lower-end hardware, although for me it did drop dramatically in later chapters of the game. However, for the most part I was able to play the game at a unparalleled framerate. To say the least, after being disappointed with Nier: Automata’s port, I’m glad that SEGA did the Platinum name justice for PC gamers with Bayonetta.

I feel like I’ve been more negative about the game than I expected, but I guess that’s because Bayonetta is a fairly old game that repeats a lot of the annoying design quirks of action games of its time. But it’s still incredibly fun. I’m excited to try out Vanquish later this week and play more of Platinum’s old offerings, because damn, their games are pretty badass. Bayonetta may not be for everyone, especailly if you didn’t enjoy the games of it’s time, but it’s well-made, and it’s fun! Couldn’t ask for more, really.