Walkerman is a five-part fantasy visual novel set in a world plagued by night-time demons. Act 1: Welcome to Midgard is available now.

Walkerman: Act 1: Welcome to Midgard is the first chapter in a new fantasy horror visual novel from developer ScalemaiL and published by Sekai Project: a name that will be familiar to many anime VN game fans. The Prologue is available as a free demo download, and the newly released Act 1 is the first of five paid chapters, the rest of which are still in development.

In Walkerman, you play Jorgen, a young man following the footsteps of his father into the ranks of the Walkermen: socially outcast monster hunters who patrol the streets after dark, keeping civilised folk safe. The world in which you find yourself is a strange one, with these monstrous inhabitants each restricted by certain rules. Through clever application of these rules, often by using seemingly worthless nick-knacks, the monsters can be manipulated and eventually defeated. 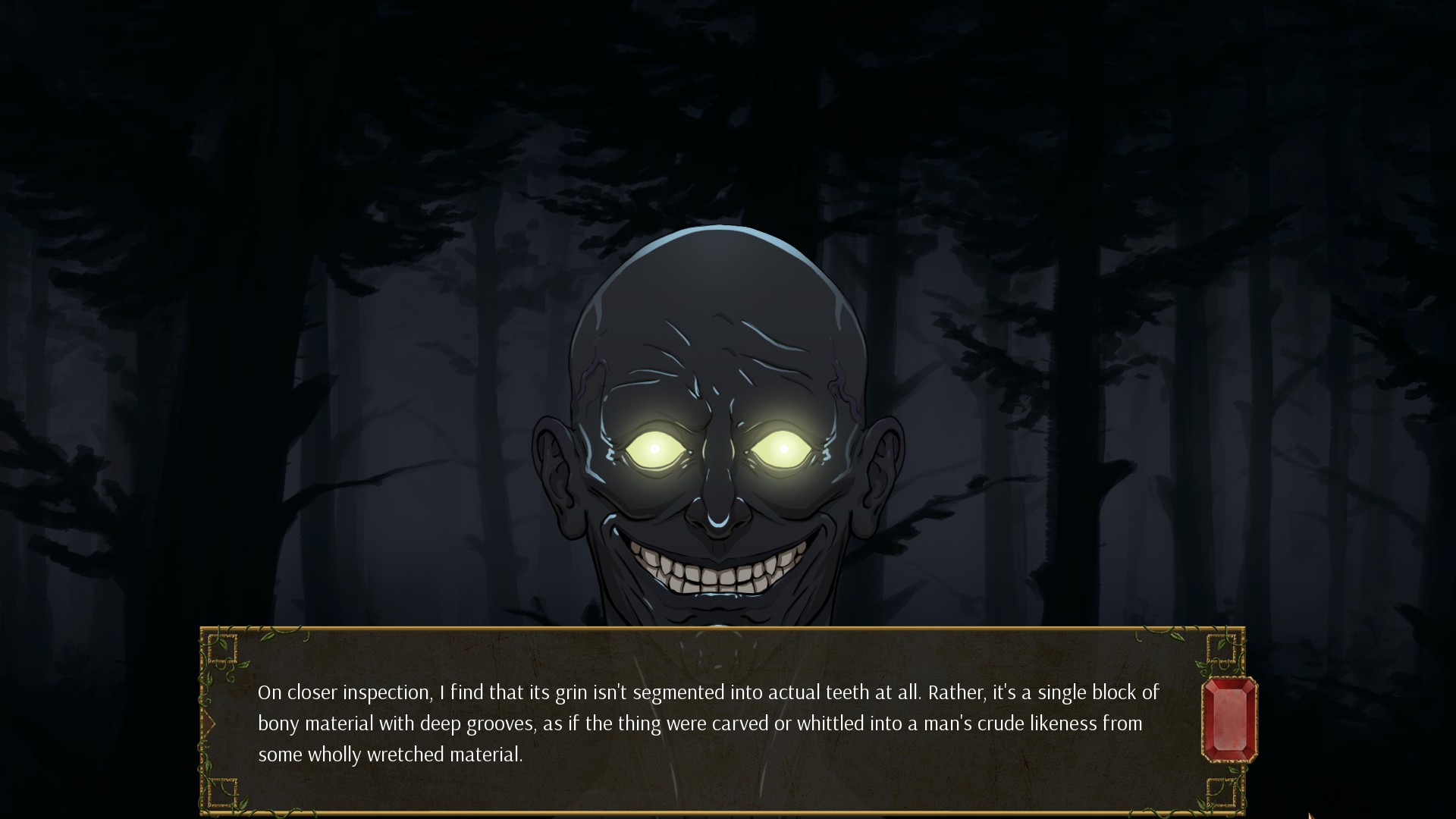 The graphical presentation in Walkerman is typical of the VN genre, with most of the story presented as text in semi-transparent boxes over static hand-drawn backgrounds. Characters are overlaid on the backgrounds and occasionally drawn in different postures, depending on the context. There’s very little small-scale animation, but characters do appear and move about in a limited fashion. 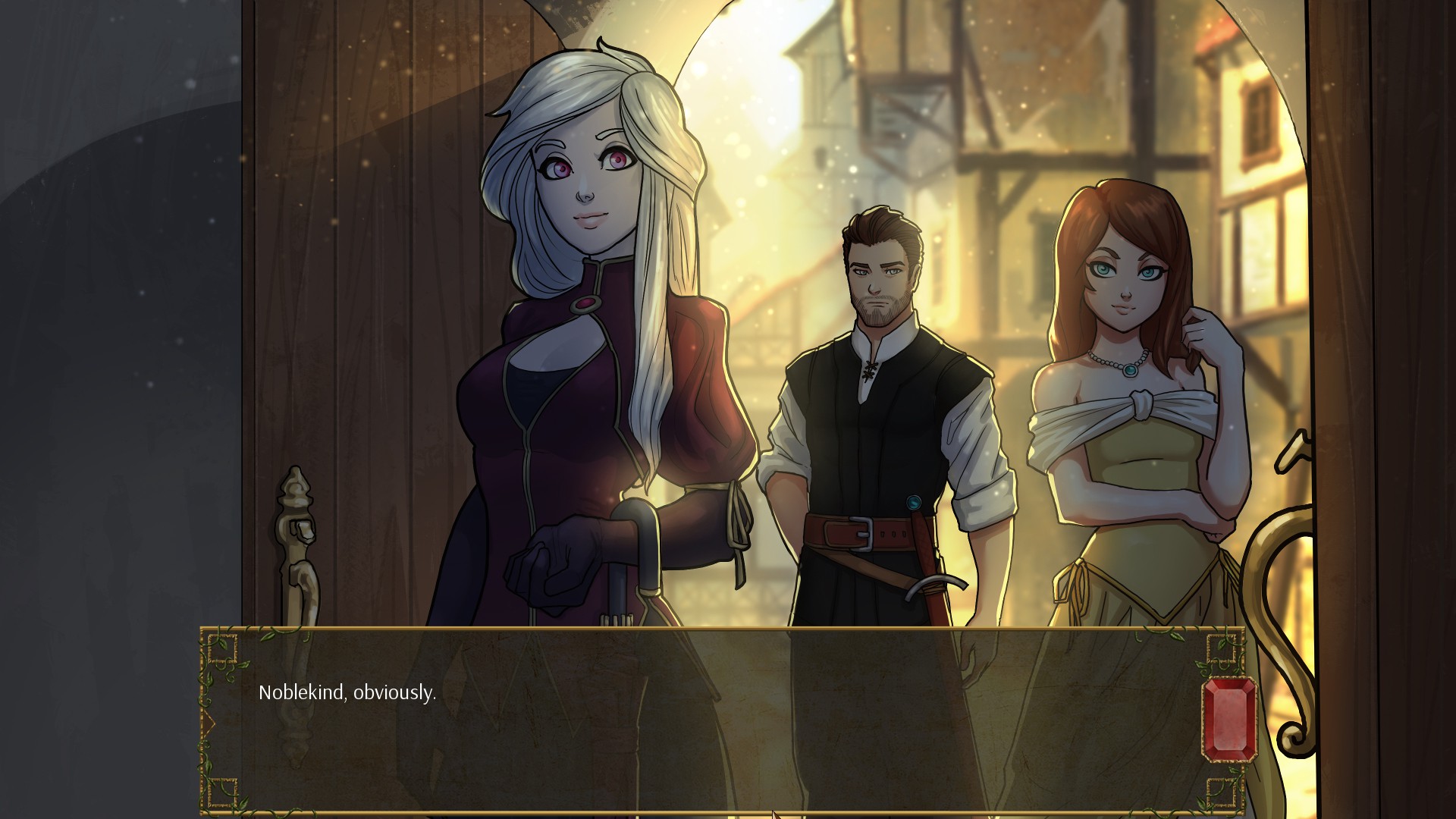 Walkerman also introduces a tactical grid map style during the battle sections of the story. This certainly isn’t a necessary addition to the game, and you still don’t have any direct control over anything that’s going on, but it does help to break up the monotony, and seeing some locations from multiple perspectives is a nice touch. 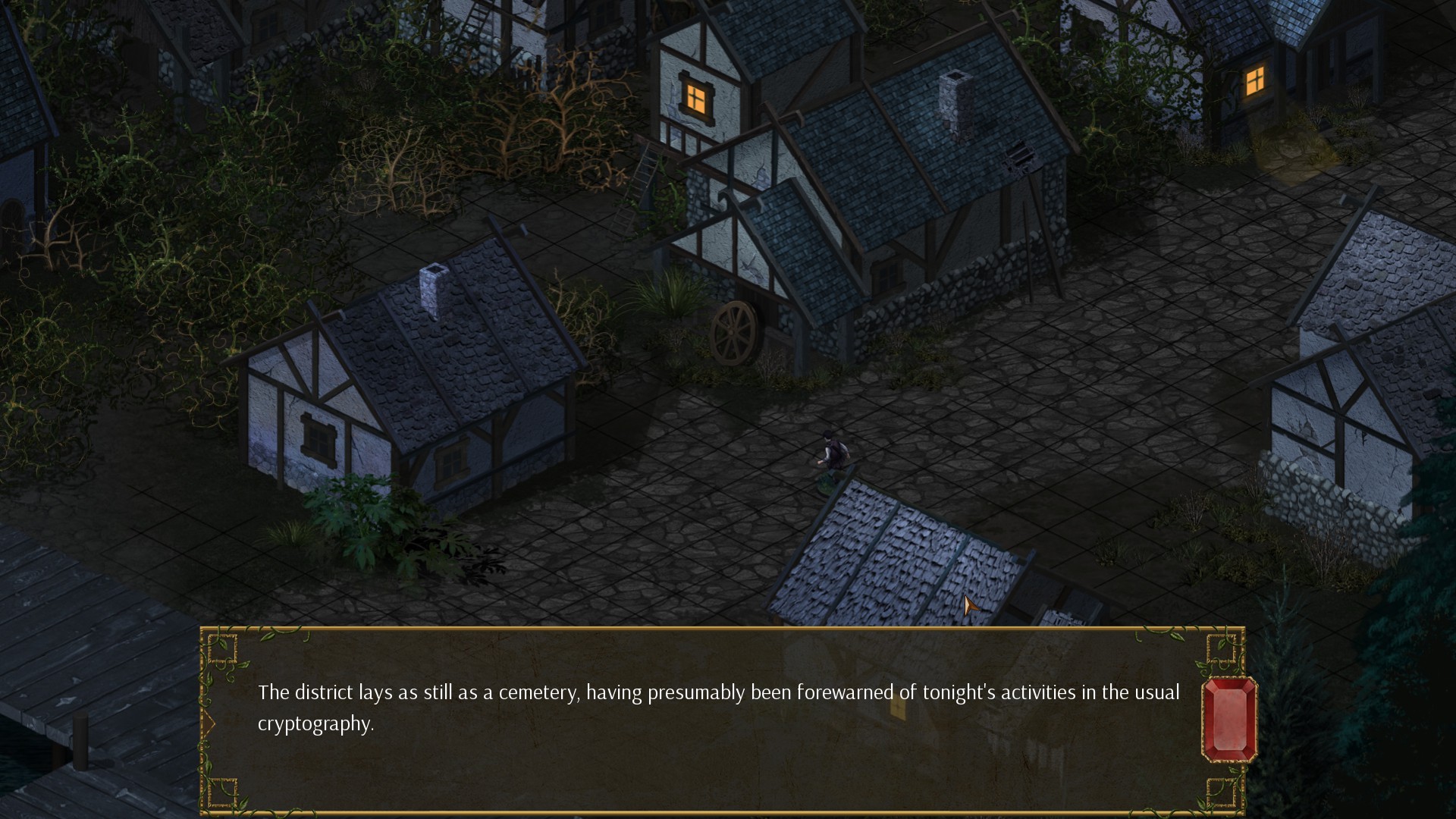 As is also typical of the genre, the apparently very busy streets that are supposed to be thronging with people are only ever drawn empty. This annoys me in many VNs, so certainly isn’t a Walkerman-only failing.

Weirdly for a VN, the gallery starts already unlocked with all scenes available.

There are no graphics options.

Walkerman features a number of classical-style musical tracks that I’d label as light orchestral, if I had to place them in a genre. One track sounds like a mellow version of one of the more quirky musical scores from Ghostbusters, while others are eerie and even dramatic, in the case of the battle music. The heavy-metal style ‘Walkerman’ song at the end of each chapter is dreadful and completely out of sync with the rest of the game.

Sound effects are few and far between, playing only at trigger points in the story. They’re well done and, for the most part, sound like they should for the atmosphere they try to portray.

Let me say straight up that if you’re interested in reading ‘that sort’ of visual novel, you should hold off on Walkerman for now, since this comes direct from the developer in the Steam discussions:

“While the Walkerman series will contain 18+ content, this is not featured in Act 1. We are marking the game with the tags ‘Nudity’ and ‘Sexual Content’ regardless, because purchasers need to be aware that this game has that kind of material. However, this only begins starting in Act 2.”

The store page also implies that the game is an adventure game, but I’m afraid I just can’t see it. You have an inventory, yes, but the actual use of that inventory amounts to nothing more than some very limited branching-story choices of the type that exists in all VNs. There’s no real freedom beyond the relatively small number of branch points. To my mind, it’s no more an adventure game than any other VN I’ve played. 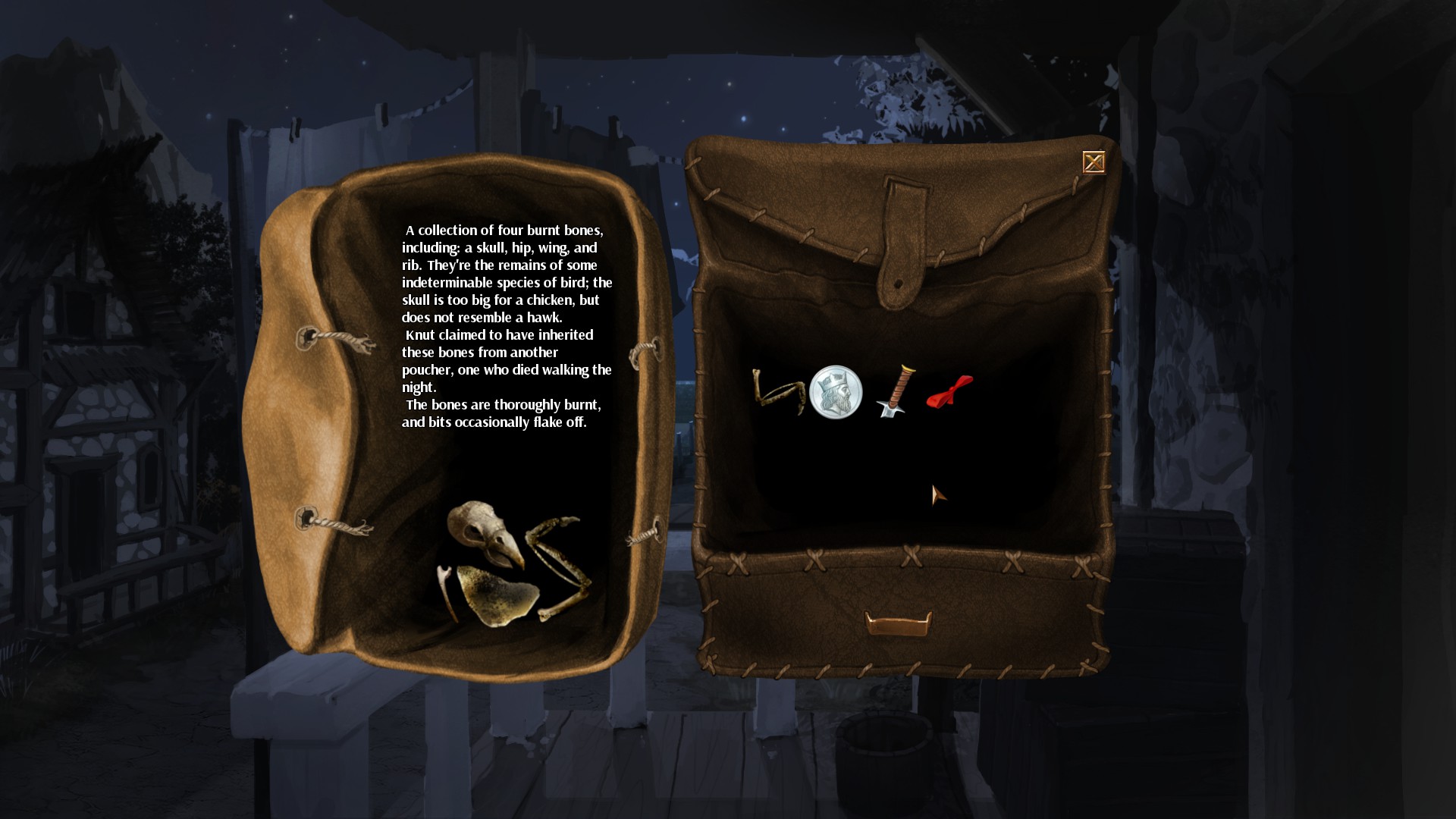 So that leaves us with the story, ignoring the game’s Steam tags. In this, Walkerman tries very hard, but doesn’t really succeed.

The story alternates between overly flowery prose with strong religious and political themes running through it, and overly informal modern-slang style dialogue, which really feels out of place when read alongside the prose. This is especially jarring because the story is told from Jorgen’s perspective, and the gulf between the style of the prose and Jorgen’s speech is very wide, indeed.

To complete the Prologue and Act 1 took me a little over three hours, and that was including pausing to take screenshots and notes for this review. So it’s pretty short. To make matters worse, even that short time felt too long for what actually happened in the story. I often became bored with the largely irrelevant philosophy that characters insisted on discussing over and over again in their abbreviated styles.

There’s only a small number of choices to be made in the story proper, with a handful more in the final scene. Readers shouldn’t expect a convoluted branching plot. There are quite a few characters to meet in such a short story, though, and at least some of them are moderately likeable. Others, however, like Jorgen himself, seem to have mastered the art of being annoying.

The writing quality is okay, with most basic grammar being correct, but there are a number of errors, many of them repeated. In particular the author needs to learn the difference between lie and lay, and how they are conjugated. And please cut some of those sentences down! But at least the semicolons were mostly correct, which is unusual anywhere these days. After the first 10 minutes of reading I felt the manuscript really could have done with some attention from an irritable editor with a good red pen.

As well as the dialogue being completely inconsistent with the prose, it’s often difficult to work out who is saying what, particularly in some of the longer discussions. And whatever happened to quotation marks to delineate speech!? Those dashes at the start of lines containing dialogue don’t do the job well enough.

Pros:
+ Some nice character art and backgrounds
+ The grid scenes for combat are a nice idea
+ Steam Achievements and Trading Cards

With some major editing, Walkerman Act 1 could be a much better VN at half the length it is now, and it’s already too short. Only recommended for die-hard VN fans, and even then, you could probably find something better for the price. 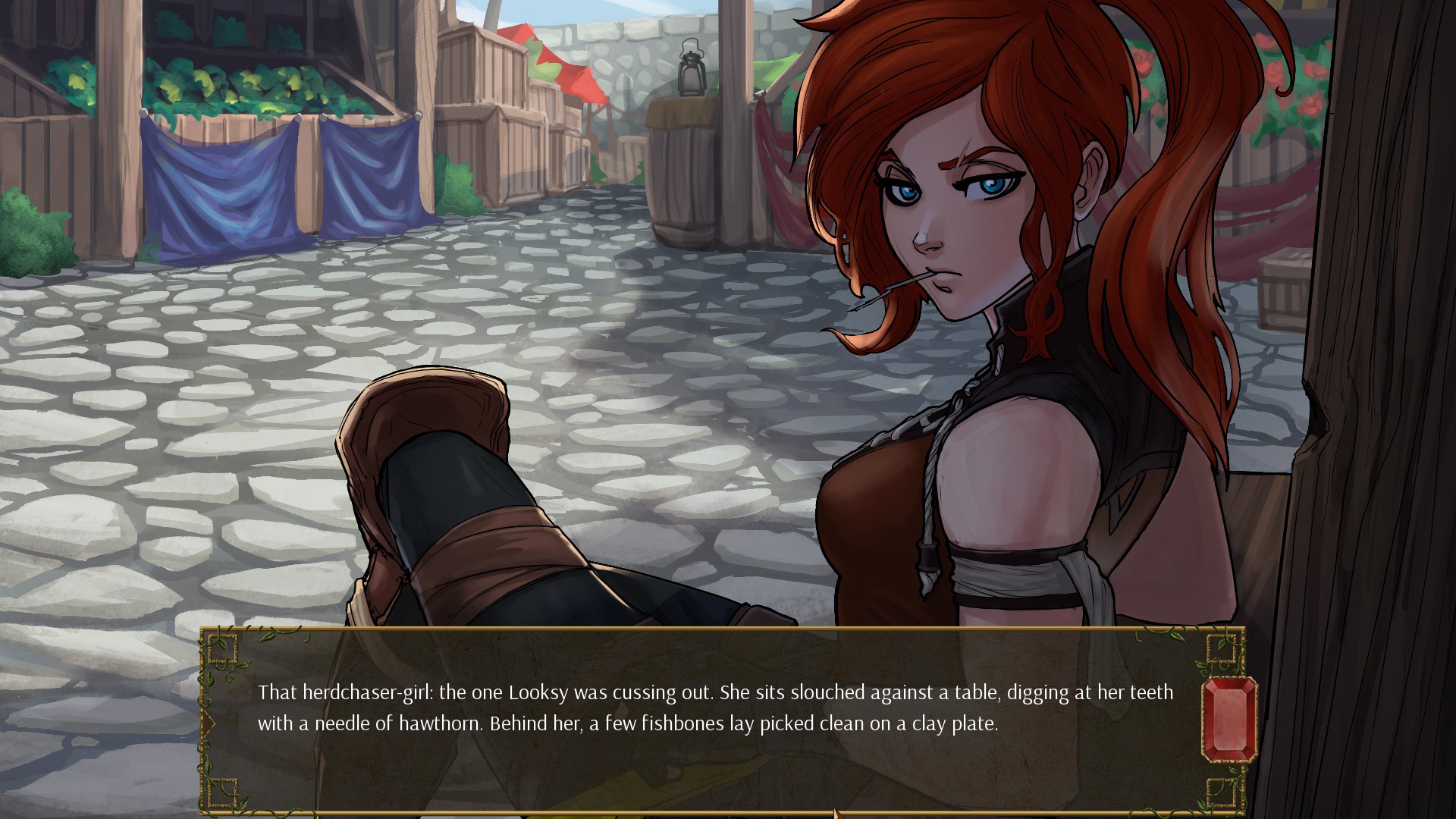