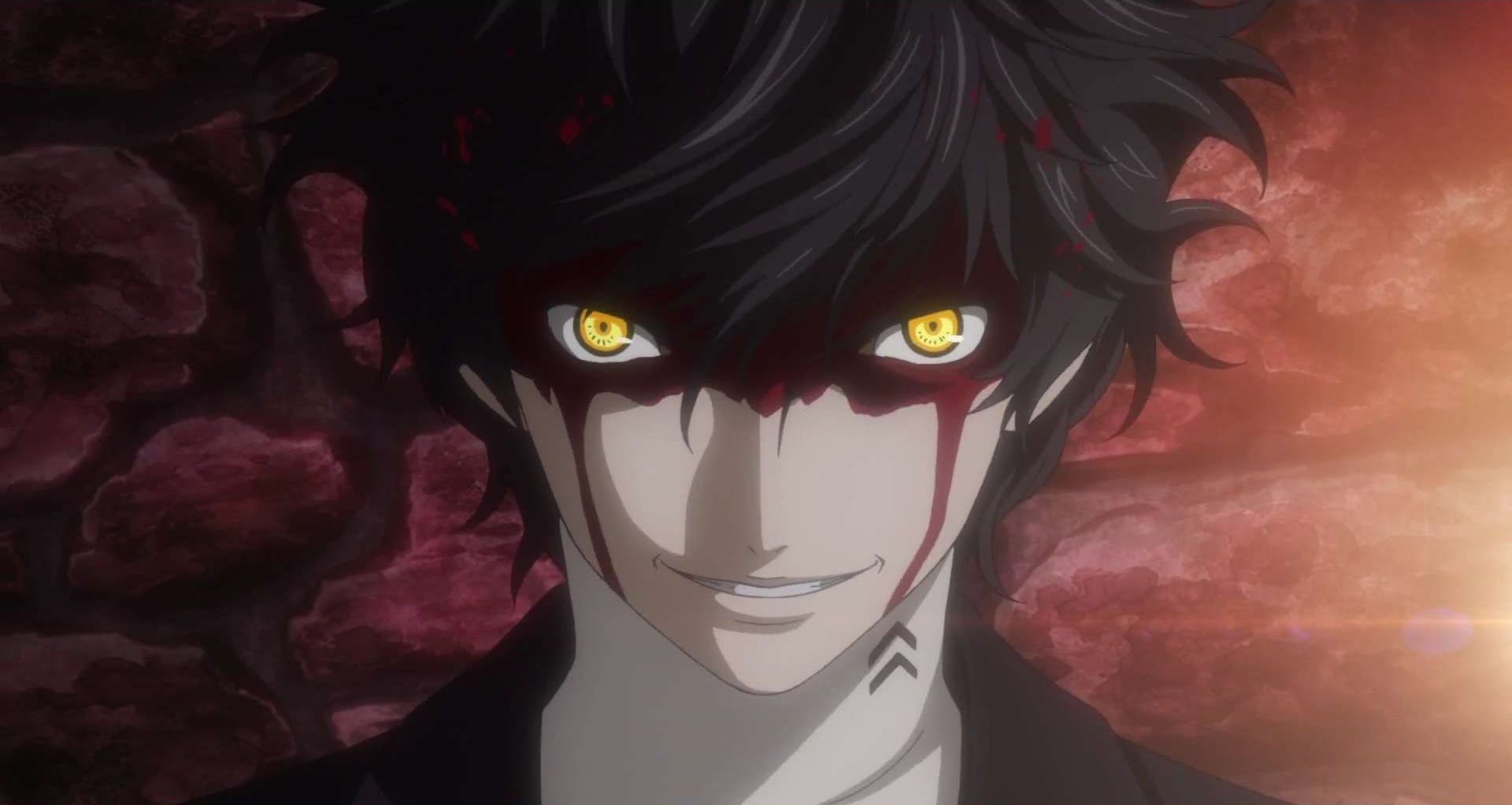 Let’s talk about the first few hours of Persona 5

I’ve always been interested in playing a Persona game, more specifically one of the main titles as I wanted my first experience with the series to not be one of the spinoffs. Sadly, I was not able to due to not being able to find at least Persona 4 anywhere near me (this was before my family was able to afford to have an internet connection). For a while I just forgot about it. Till Persona 5 made an appearance in my local store.

The first thing that stands out, understandably, is the opening cinematic:

This very stylish and very upbeat theme song, named Wake Up, Get Up, Get Out There composed by Shoji Meguro and sung by Lyn Inaizumi, is the first thing you see. You’re first impression of the new installment in the Persona series and it does so well. It brings their stylish designs to the forefront that is highly appealing to the eye as they emphasize on red, black, and white colors. The new teenage cast is also featured dancing to the music. Giving us a glimpse at what each character is like while giving us a great fluid animation. I absolutely can not help but watch this every time I boot up Persona 5, and honestly watched it again while writing this. This is thanks to Sayo Yamamoto (who storyboarded/directed episodes or openings/closings on well known anime such as Death Note, Psycho-Pass, Space Dandy, and Michiko & Hatchin as well as creating her passion project Yuri!!! On ICE which you can see her signature style as they seem to skate through the streets and make wide, sweeping movements) and they could not have chosen someone better to animate their opening. Right in you are greeted with action and beautiful scenery as it sweeps up to follow a helicopter into a casino. As those in panic and people in suits enter, you appear to the crowd before you gain control. Here you get to hear many voices you won’t know till later on, how controlling the characters will be, the fighting system, a hint of how you can sneak around, and a damn good background music to go along with it. While you barely know anything, this is a gook sneak peak at what it will be in the future without having to worry about dying. Afterwards you are cornered due to a tipoff from a member of your group and continue on from there.

Persona 5 is told as a flashback as you tell an investigator named Sae Niijima, after being drugged and manhandled, and go through how you saved a women from being molested, which he ends up sued you, and put you on probation. Due to your new criminal record, your old school kicked you out and no school will take you except Shujin Academy in Tokyo. Which ultimately triggered the Velvet Room, taking appearance of a prison, for you to become the thief you will become. The interruption between both the flashback and real time is put between important points and are used to lead up to a specific event to her question (though this can break the flow). This also sets up that it is as much as living the life of a highschooler as much as a turn base rpg. It gives how the school life is just as important and should not be ignored. You do need to keep it in check as you go to school and converse with others, and hints at your schedule if you go to that menu and how sleeping is important. Of course this is where you find your allies, but also your first enemy. The personas based on the helplessness they feel on the corrupted world, your velvet room taking this into him feeling imprisoned in his fate, with the others feeling the same helpless way. But they do not destroy the world but try to destroy corrupt people, starting with the school’s volleyball couch Kamoshida. The school life sets him up, as he seems innocent enough till you see the signs such as spreading nasty rumors about you to ruin your social life, going for the “he doesn’t seem like that kind of person”. Dealing with him is a very charged conversation of what ifs. This also reveals that palaces are based on negative and corrupt thoughts hidden deep in the person’s mind, and if you threaten them in real life their hidden self will also be alerted. While I am in my first 5 hours, there is still a lot that is covered in the game. This is somewhat still in the tutorial, and the hand holding is somewhat present. Morgana shows you the ropes and how everything is worked through the combat in a little more detail. This is helpful, especially in things like extra turns and your long ranged weapons, and introducing hold ups and what they can give you as well as demon conversations. While it does tell you about when the enemy sees you and the consequences, such as awareness increasing, it does not let you go scot free. There is a first wave surrounding you before you take on the main demons. This causes you to be at a disadvantage from the start instead of just them having the first blow that I’ve seen a lot of. But the most confusing and frustrating is the sleeping mechanic. It tells you first thing how it is important it is in advancing time. But it forces you to sleep after the day’s events, making it seem not as important especially when you just go to school as it says that you are tired. The art style is gorgeous and very stylized throughout. Whether it be the anime parts or the more game modeled ones, it still brings what it needs to. It does add in a drawing of the person’s face to show a close up, but they do enough with the character model that brings some attention to them. You may be focused on the dialogue, but might miss how someone, like Kamoshida, gestures during it. The demons and personas are very stylized and very unique to the specific person. The menus are also my favorite parts, which is very surprising. They did not skimp out on the menus as each has their own little animations. Slapping the main menu to differ from the gameplay and another one having him swing down at sit on it. The after battle information is stylized as well. doing a road of red to visualize everything with the main character going through specific action during or before it depending on the circumstances.

Now I know how many people are totally against dubs especially when they are done wrong. But the dub in Persona 5’s seems really well done and keeps the spirit. The original Japanese voice overs are available as free dlc. The translation so far also seems to be done well, and especially cool to have bubbles of the chatter going around you as well as being able to eavesdrop on conversations. You even get to say some very playful lines which is very amusing and satisfying. Though I do want to know what’s said on the phone during the anime portions as well as the signs in the school (which got me confused where to go to when the destination isn’t one of the classrooms). For a first experience with the Persona series, this is a great entry point. So far, you do not need to know anything previous said or done in the previous installments. While it does have its week spots, and well the notification for blocked scenes can be annoying it seems to pop up, it is still very enjoyable and solid so far. Not knowing what to expect, my first 5 hours was great and I am excited to continue it’s estimated 90 hour gameplay. I can not wait but continue to see what is held in the future.