Were you an expert at Asteroids back in the day? Well, guess what? You’re not as good as you thought you were!

If you’re old enough to remember, think of this as Asteroids but without the shooting, just the movement control to navigate around a maze / obstacle course using basic controls (I used keyboard – A/D/W for the ‘classic’ feel but controller is an option). You have to avoid touching the walls and scoot past/through/around moving objects to toggle open/close/rotate nodes. On some levels a pink ‘doppelganger’ ship appears and you have to carefully navigate your twin ships to activate alternate nodes.

In general, the trick is to move as slowly as possible with tiny boost adjustments at exactly the right moment. Too much boost and your reflexes are overpowered, causing you to veer out of control and hit a wall. 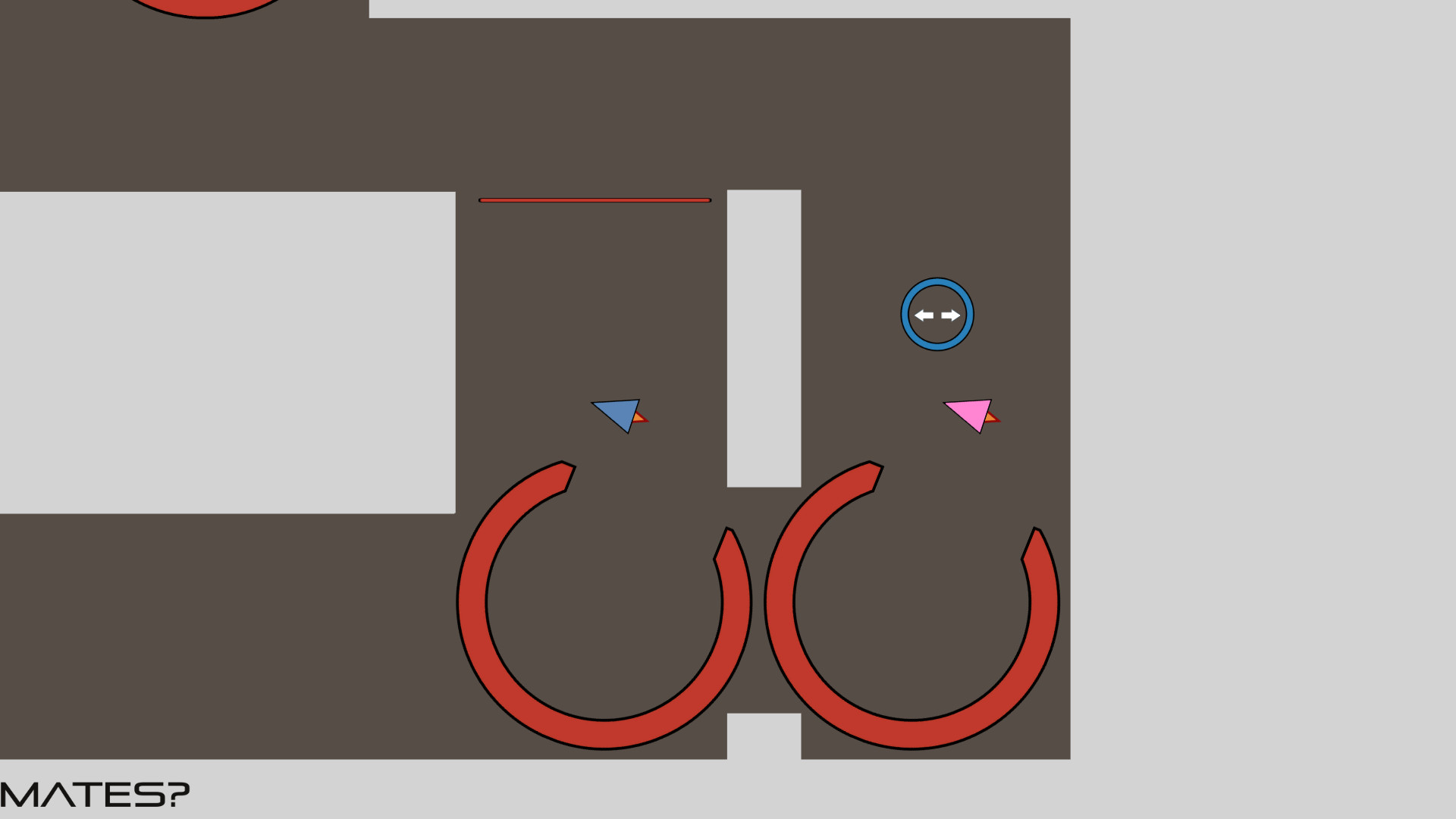 Minimal graphics are clean and basic. They get the job done but I wouldn’t call it eye candy.

The godawful initial soundtrack is extremely annoying, I only managed to tolerate it for 30 seconds before desperately seeking the mute function. I tried it again later and discovered various different tunes of the same genre which I would classify as “the kind of synthesised garbage they force you to listen to at the gym”. It’s a matter of taste of course, but if you want my opinion (well, you’re reading this aren’t you), switch it off and listen to your own. 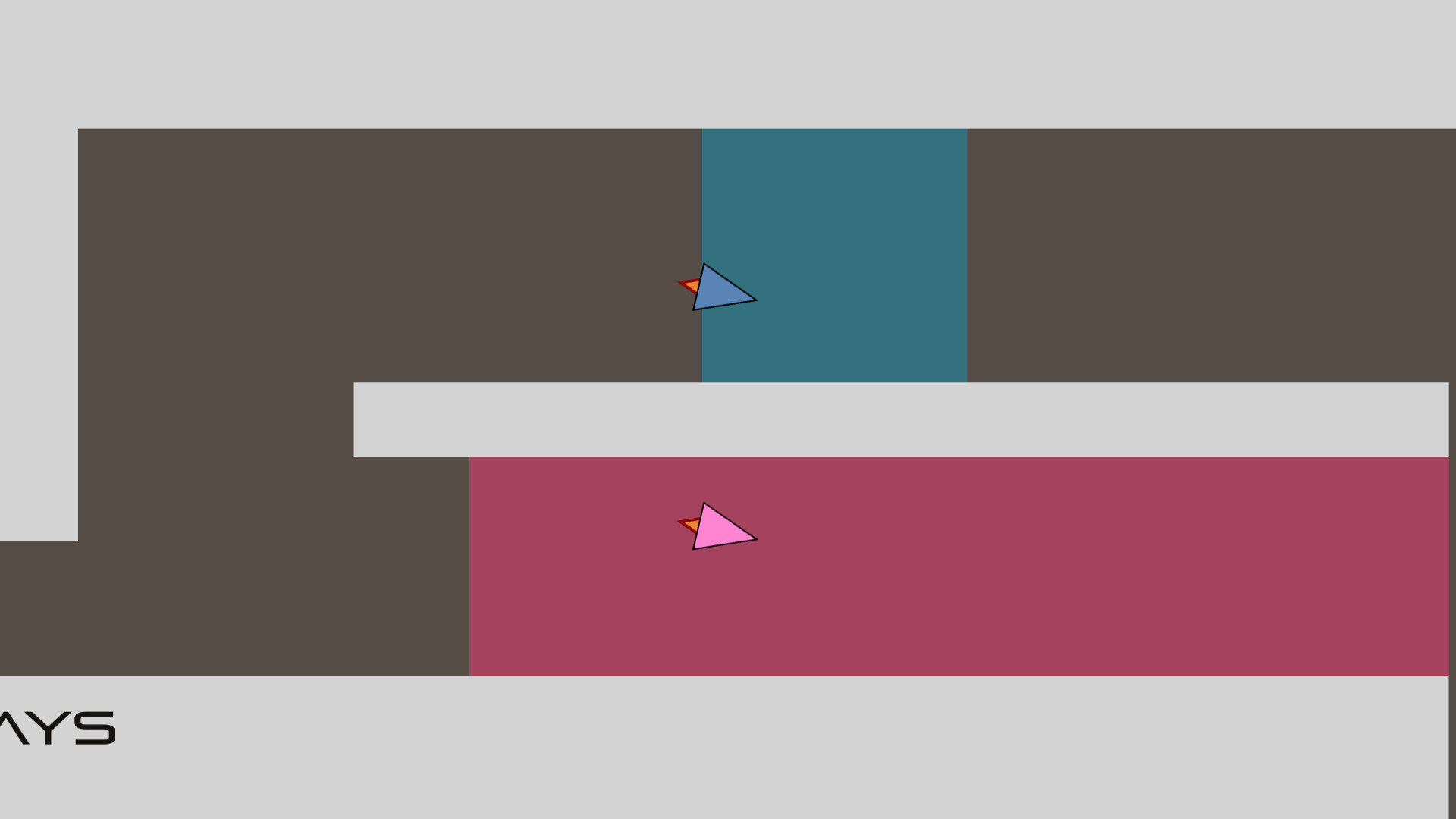 I usually judge the difficulty of a game by how far I get before I start to struggle. It’s not possible to be accurate here due to the lack of level numbering or overview, so I have no idea how far through the game I’ve progressed. All I can say is that before I played Trianguluv I was smugly confident, having been an Asteroids God in my youth. This game brought my ego crashing down to Earth with a meek whimper. The controls are more sensitive than I expected and you need pinpoint accuracy and timing to avoid the walls and moving obstacles. Yes, I can safely say that this will challenge anyone and your skills will improve as you get used to it.

The first boss (I think that’s what it is) implements positive/negative gravity wells which demand maximum boost and readjustment rather than the slow, delicate manoeuvring that you become accustomed to, and it took me many many frustrating attempts to beat it. This means the game commits the cardinal sin of having a difficulty bottleneck without any option to bypass it, so you can be stuck on the same level for ages. Not good. With that said, there’s apparently a ‘balance patch’ on the way which may (or may not) solve this issue.

Although this is primarily a test of dexterity and timing, there is also the occasional puzzle element – it’s not always clear how to complete the level, you sometimes need to work out the sequence of events by trial and error and some head-scratching. 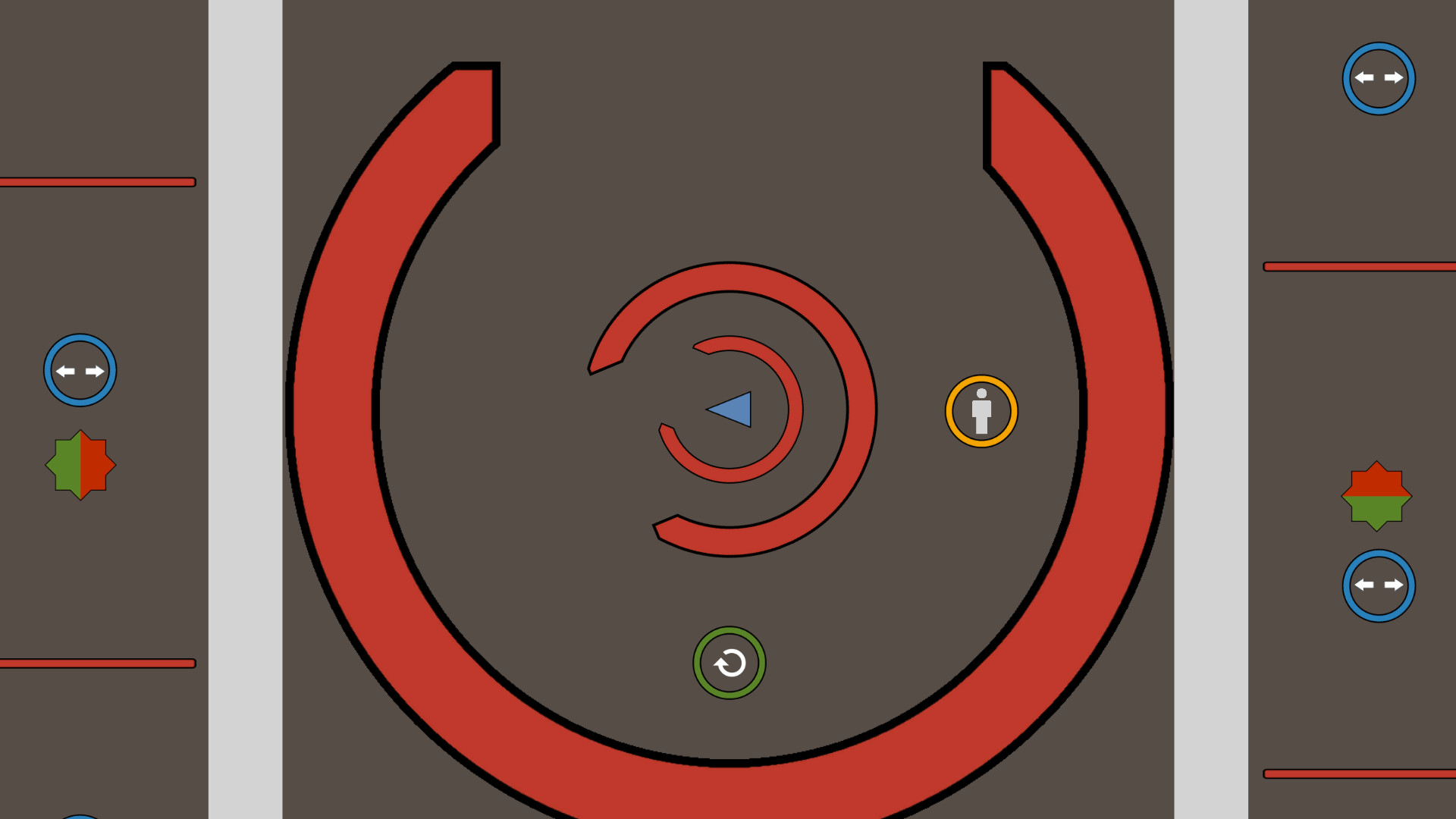 The only in-game option is volume control (thank the Lord for that, considering the music!) Screen options are done via the Unity dialog. Good enough, but room for improvement…

I’m all for minimal games, but this really needs to have level numbering and/or overview so you can see how far through the game you’ve progressed. As it stands you’re playing blind. There’s no way to replay earlier levels (or better still, be able to skip levels) and you have no idea how many more are to come.

I’m giving this its own heading to highlight the fact that, as a Unity game, this should have Linux! Making me play it in Windows puts me in a bad mood 🙁

Trading cards, 5 achievements and Steam Cloud. Everything you need.

As I understand it there are 30 levels with 3 different modes (Normal, Game+ and No Death), so you can replay for 90 levels total.

Although the asking price is justified – you won’t be disappointed if you pay it – I think it would do better in the $1 category, it’s the type of game that collectors would buy in droves for the trading cards and a few hours’ light entertainment. Personally I would wait for it to be on sale.

Good level design, good challenge, no timers(?), no frills. Grab it @ $1 if possible.