Antihero puts you in the shoes of a master thief and his/her gang with the task of becoming the thief lord of the whole area. The game is nearly 3 months away from its release at the time of writing and it is already shaping up to be one of the most fun games of 2017.

The enemies in Antihero are not police or someone who wants to catch you, but another master thief who is competing with you to become the thief lord. This puts a nice spin on the regular thief games and sets up for something fresh. It is a turn based strategy game with the Master thief as you main and only non dying character. You start off by burgling in small mansions and trading houses from where you get gold and lanterns. These two currencies do the jobs of purchasing new recruits and upgrading you and your team respectively. As you upgrade your way through the game, you unlock various new units such as Urchins, gangs, thugs and assassins among others. All these characters act differently and serve different purposes. Urchins can infiltrate certain buildings for gold and lanterns at the end of every turn or reduce the cost of specific units. Gangs can attack enemies and evict enemy urchins from the buildings to make room for your own. Thugs can block paths for two turns or be added to your gang to give him an extra health point. The master thief slinks back to his safehouse at the end of each turn while the others are at danger of getting killed at the hands of your enemy. This requires to you think on your feet but more often than not my gang and some urchins died even after a lot of thought so that might not be true in every scenario. Upgrades range from unlocking said characters or skills for your master thief such as increasing his attack power or the number of moves he has in each given turn. 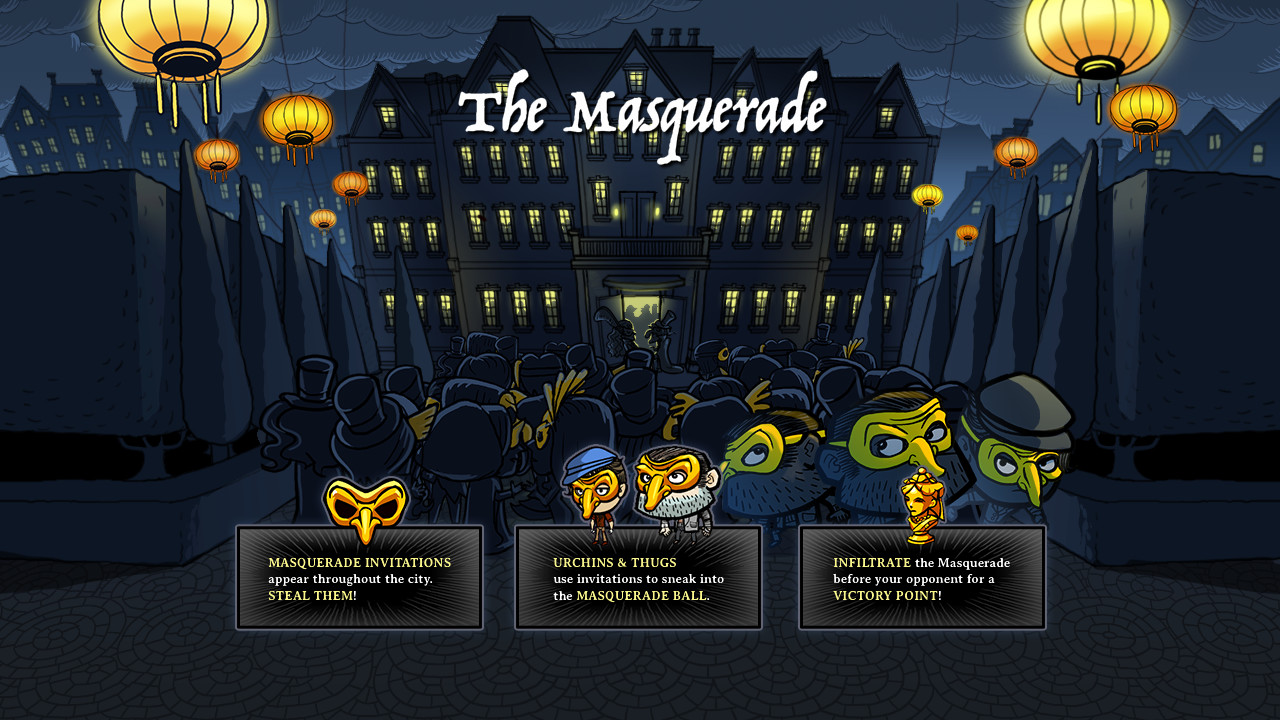 The game requires multiple victory conditions to win a game. Assassinating a single character or doing a particular job usually gains you only one victory point and you need 5 of those to win a game. What is great here is that depending on every map, these victory points can differ. Common victory points like assassinating and bribing are still there but in a map like masquerade, you can infiltrate a building for victory points. Another map features a building you need to burgle for two must have victory points. These new instances provide fresh experiences and makes every map feel actually important rather than something fancy to just look at. The AI is competent enough but most of the times they go for the map based victory points which are significantly more difficult than assassination missions and you can easily beat them till they somehow manage two victory points. I do have a concern about the bribe points since they are the easiest victory points and can be used to early rush victory points easily. But the game is still far away from release and these issues will be fixed in my opinion considering the polish Antihero already has. I encountered zero bugs, no crashes and no framerate dips during my entire playthrough.

The game is going to be adding a campaign mode and it will be all the much better at release with more content and unlike other games, I am actually excited for every map as they add something to the gameplay itself and more units, gameplay mechanics are only some of the things that have me intrigued about Antihero’s future. 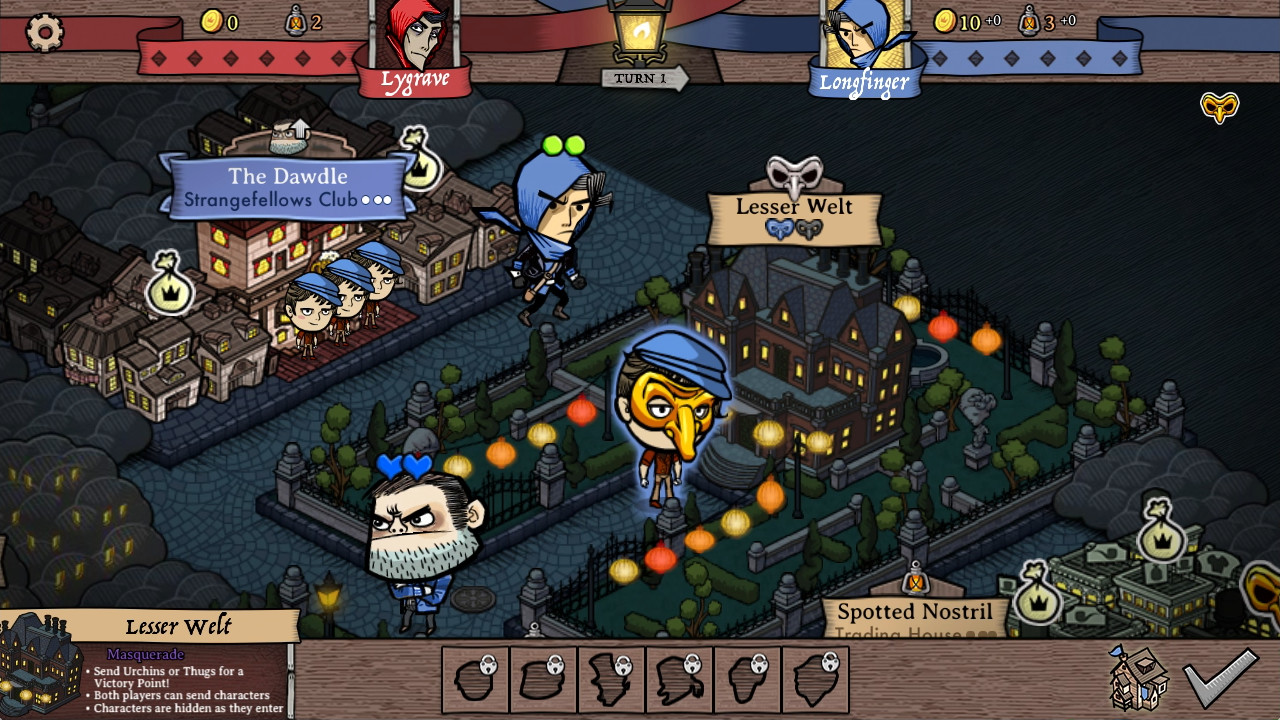 Antihero looks incredibly neat and there is a certain vibe in its environments that makes you immediately intrigued in the game from the get go. The maps in the start are fogged up and it creates a mystical aura surrounding the maps and the world itself. The characters are well detailed and move with a certain flair which almost looks like teleporting. Everything looks well polished with a certain shine in them to awaken your inner thief.

Incredible soundtrack helps elevate Antihero to another level. The subtle sound effects are nice touches to the overall nature of the game and overall Antihero rings really well for the ears. 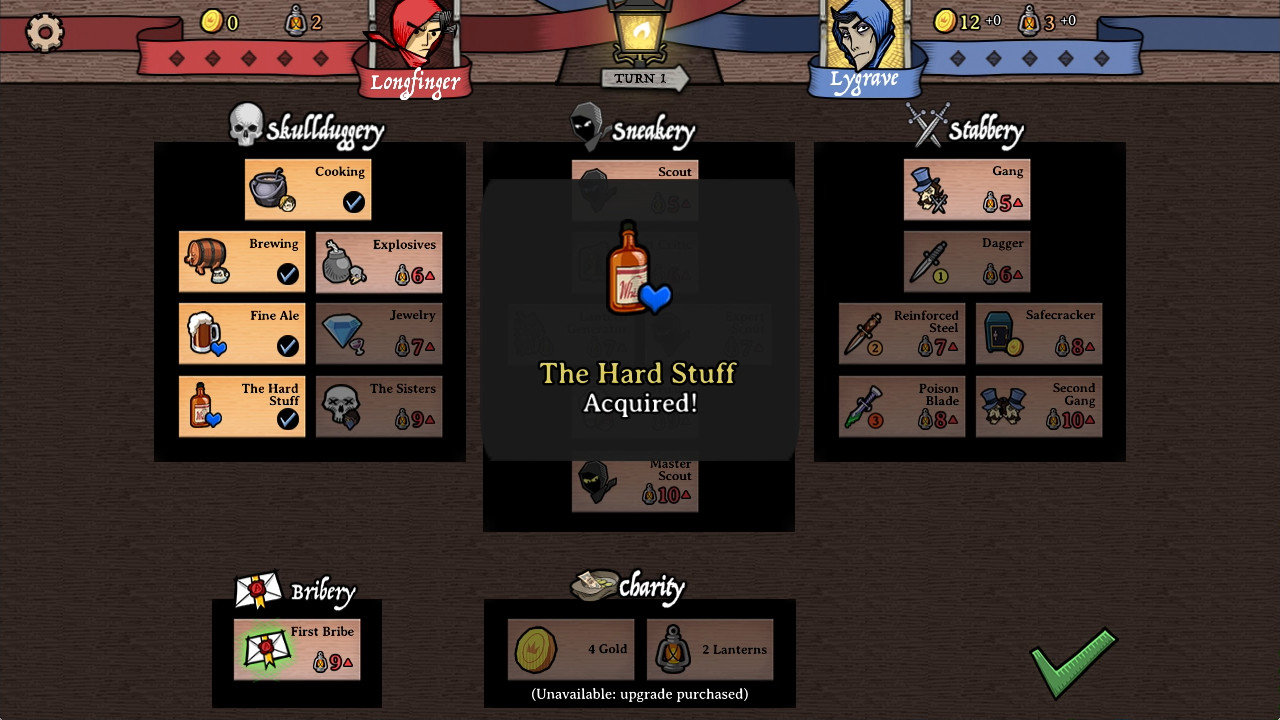 Antihero is shaping up to be a real show stealer and this is a game that has the potential to be one of the most surprising instant hits of the year. It is a refreshing game and you might want to keep it on your watch in the coming future.