Underneath the cute childish exterior beats the heart of a fire-breathing beast of a puzzler!

The object of the game is very straightforward. Lay a train track from one end to the other, picking up and dropping off aliens along the way at their correct destinations. There are a limited number of seats on the train, so the order in which you pick up each type of alien is crucial, and of course your track must not double-back across itself. You have to look at the whole puzzle, work out a route in your mind then try/fail/repeat, while being taunted by the little aliens impatiently checking their wristwatches. As you progress through the levels, the route of the track becomes increasingly convoluted, twisting its way around the board on a dizzy path that a Formula 1 driver would be proud of.

There are a total of 10 constellations (areas) and I was already struggling when I reached the 3rd. Each constellation introduces new mechanics. So far I’ve had trains with 2 seats (instead of one) and green slime aliens that must be picked up last because they leave a nasty mess behind them and the other aliens refuse to take a ‘slimed’ seat.

Level overview is nicely implemented. You have a branching layout which allows for several levels to be available to attempt. You will not be stuck on one level for ages. There is also an option to unlock all levels which I think is brilliant, I just wish other puzzle games had this option. 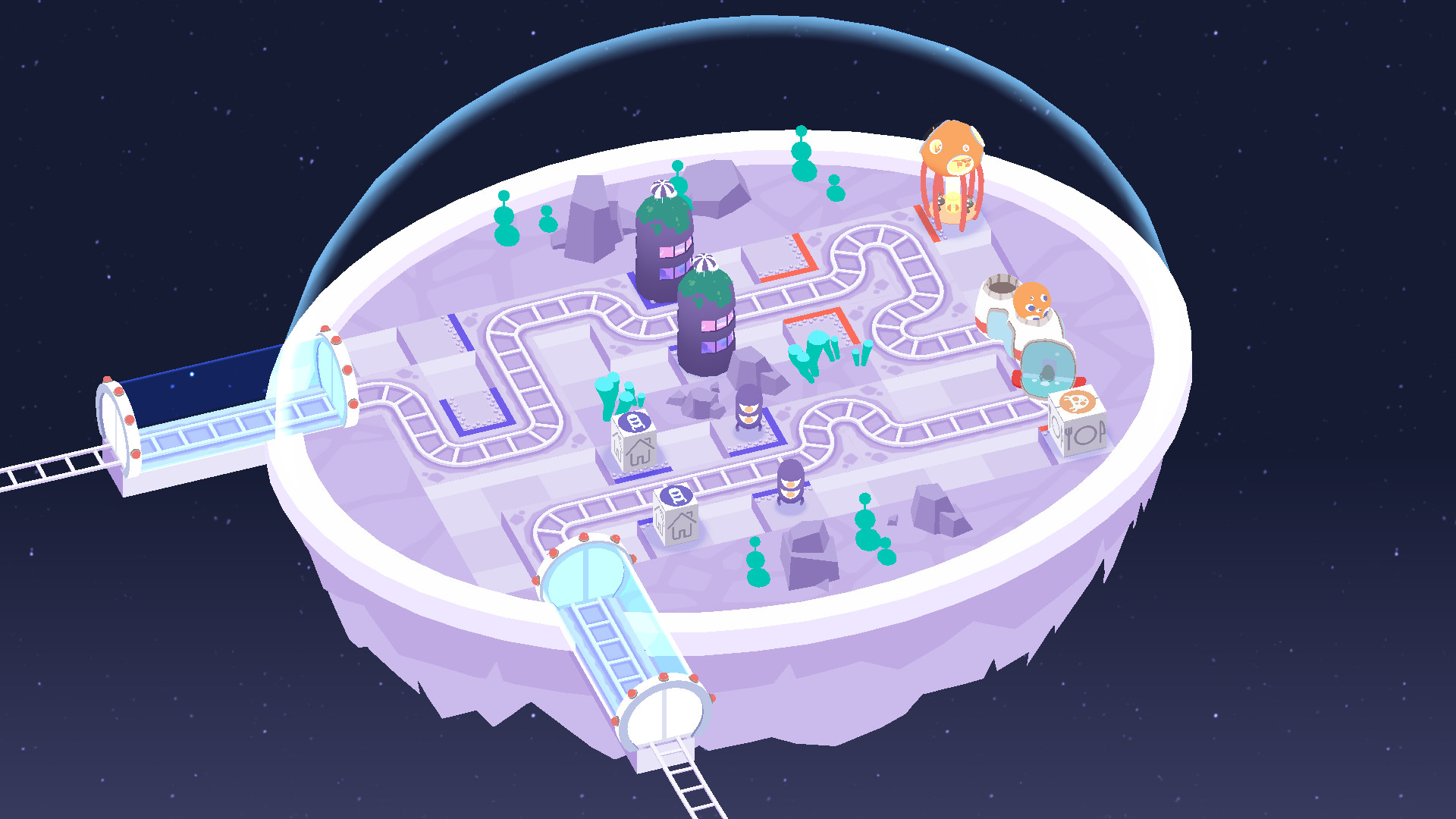 There’s a nice colourful, happy/innocent theme going on here, with the colours being integrated into the puzzles. There’s no background music but a gentle ambient sound with cute sound effects. The sound levels are set too low, but the devs have promised to make them louder. 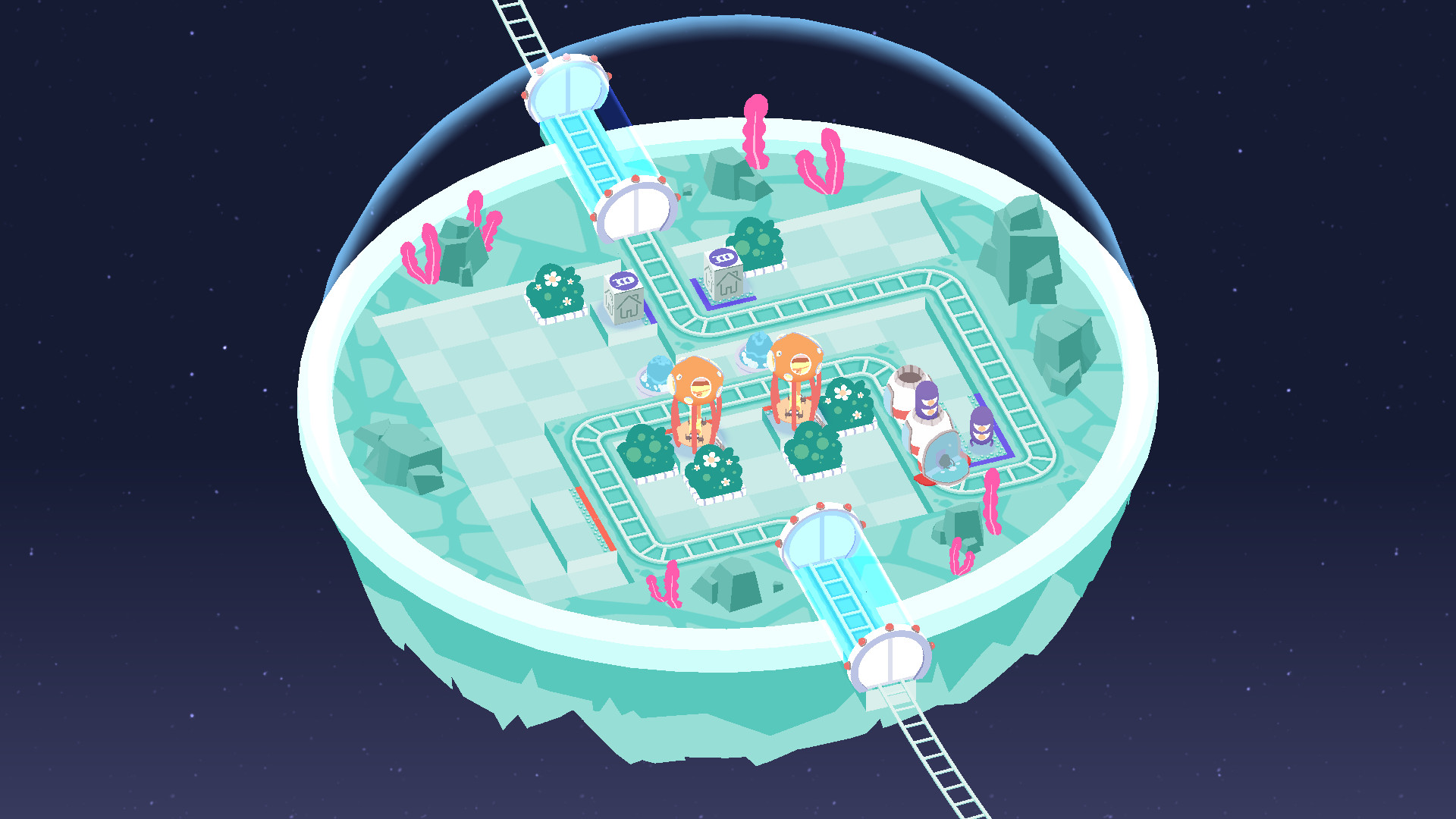 I went into this like a lamb to the slaughter. It looked like a charming little puzzler for youngsters and I was looking forward to a couple of hours’ relaxing gameplay followed by another ‘perfect game’ on my profile. How horribly wrong I was. This is not Sokoban but you need that kind of mentality to solve these puzzles. It’s definitely in the upper range compared to other puzzlers I’ve played.

The ultimate aim is to complete levels in the shortest route possible, and by doing so you’re awarded a gold star. There are no timers, no online leaderboards and no other distractions.

Achievements: one for completion of each constellation plus 2 more for completing the game. The trouble is, a path to the next constellation opens up before you’ve completed all levels in the current constellation, and the last couple of levels in the area are always the toughest, so it’s entirely possible – and tempting – to finish most of the game without collecting a single achievement. You can see the evidence of this on the Global Achievements page, the percentages are very low indeed. The dev has a real mean streak!

No trading cards but Steam Cloud is supported, and it works cross-platform – Win, Mac and Linux. 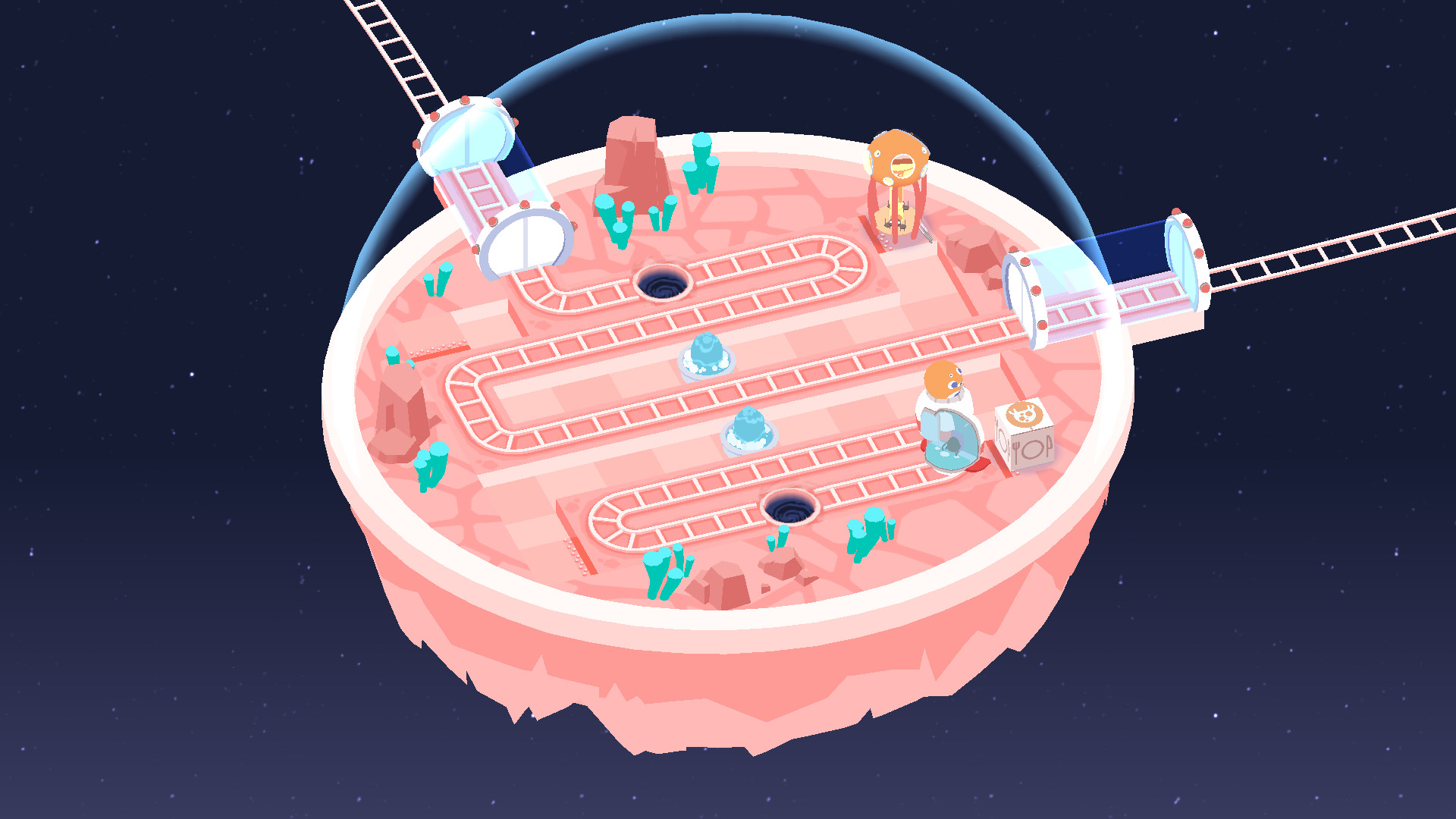 Although the replay value is limited there are more than enough levels to justify the price, and the quality/challenge is top notch.

Don’t be fooled by its appearance, this is a challenging puzzler that will tie your brain into knots while you try to tie your train track into knots. This is what I call a ‘pure puzzler’ for puzzle aficionados and it reminds me of the epic titles from ‘increpare games’.