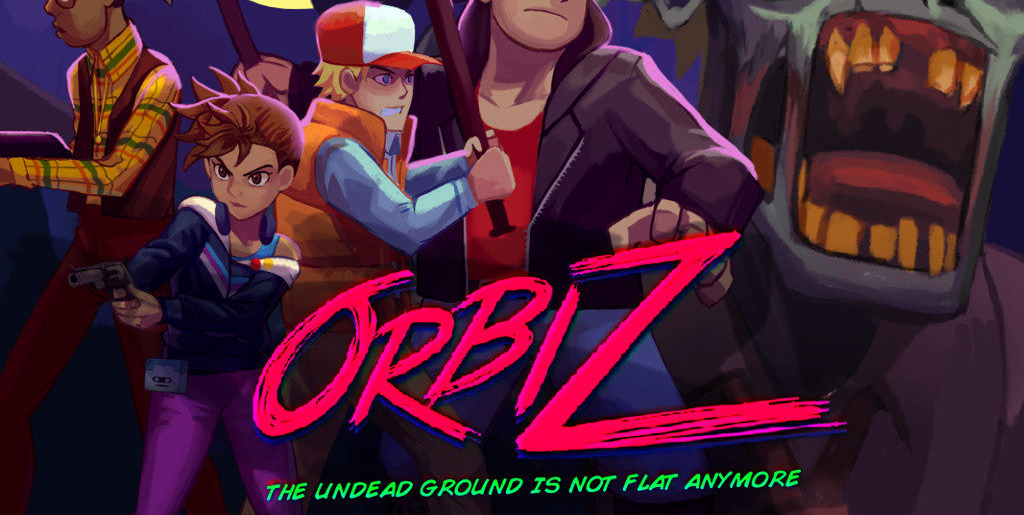 There is something attractive about these small round planets in Mario Galaxy. Perhaps the round shapes, or the simple joy of seeing them rotate as you walk. Sprinkle them with cute Zombies, and you have Orbiz. 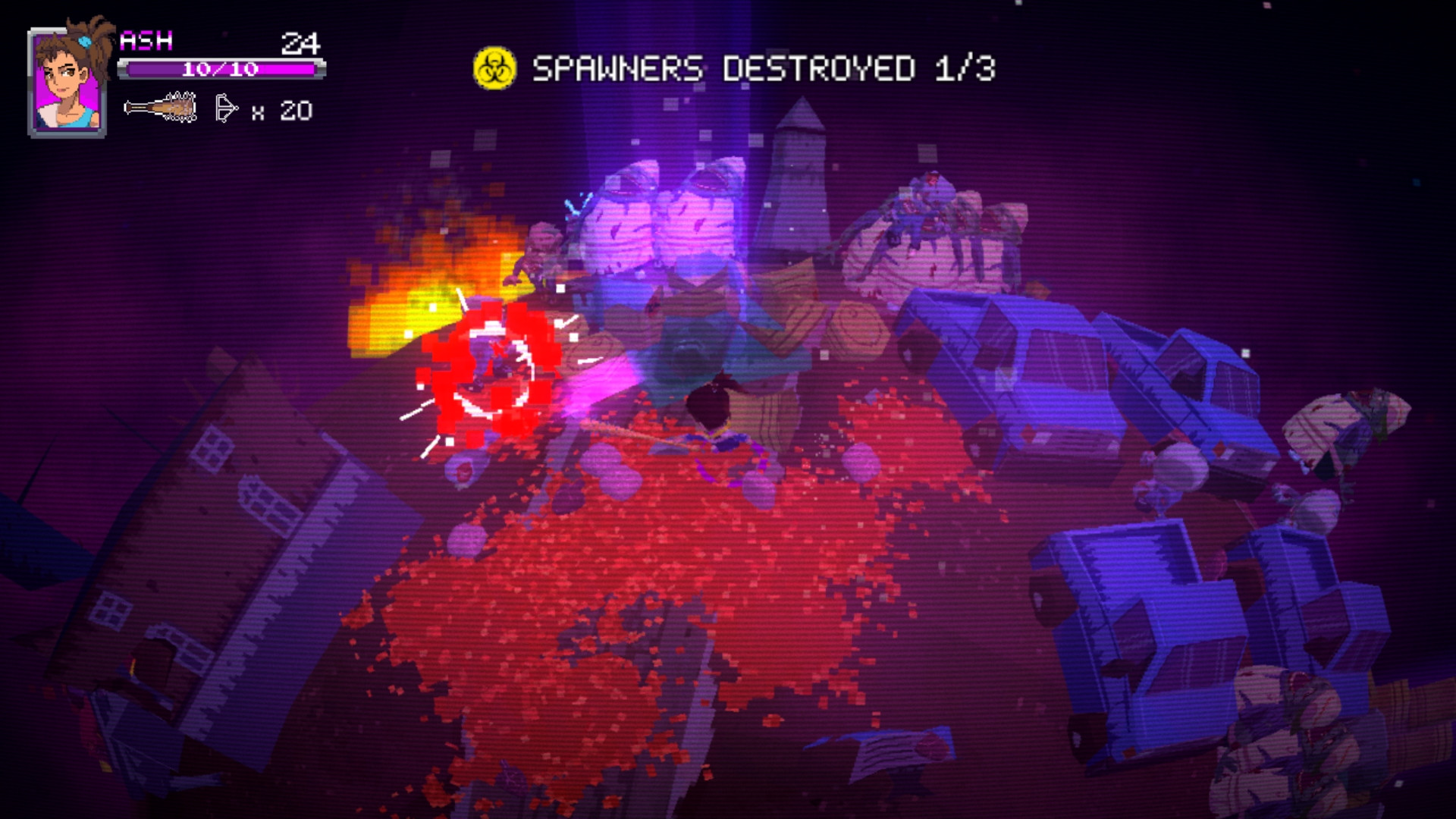 The first steps in Orbiz are really fun, the graphics are simple but very endearing with special effects and filters reminding of old CRT televisions. Furthermore, the gameplay is very simple and direct: there are many Zombies and you can beat them to death with a satisfying impact noise, additionally breaking houses and statues with your hits. All these elements boil down to an excellent feeling of “arcade”, an instant and gratifying fun with a certain retro feel.

The art design is very silly and adorable, with cute little Chinese Zombies or more terrifying crawling spitters, bloated boomers and suddenly the game jumps the shark with… land sharks. Delicious craziness here, and I want to go farther in the game on the sole motivation of seeing what the next enemies are, what the next environment is. Discovering more will have to be earned by the player; Orbiz belongs to the category of the “roguelites”: permanent death (upon death you restart on the first level) in procedurally generated levels (although you won’t make much difference between the different versions of a given level, they are quite similar and only the boss fights will truly reveal that there is a random element at play). The aim is to break a few structures that spawn Zombies and then take a portal to the next level. 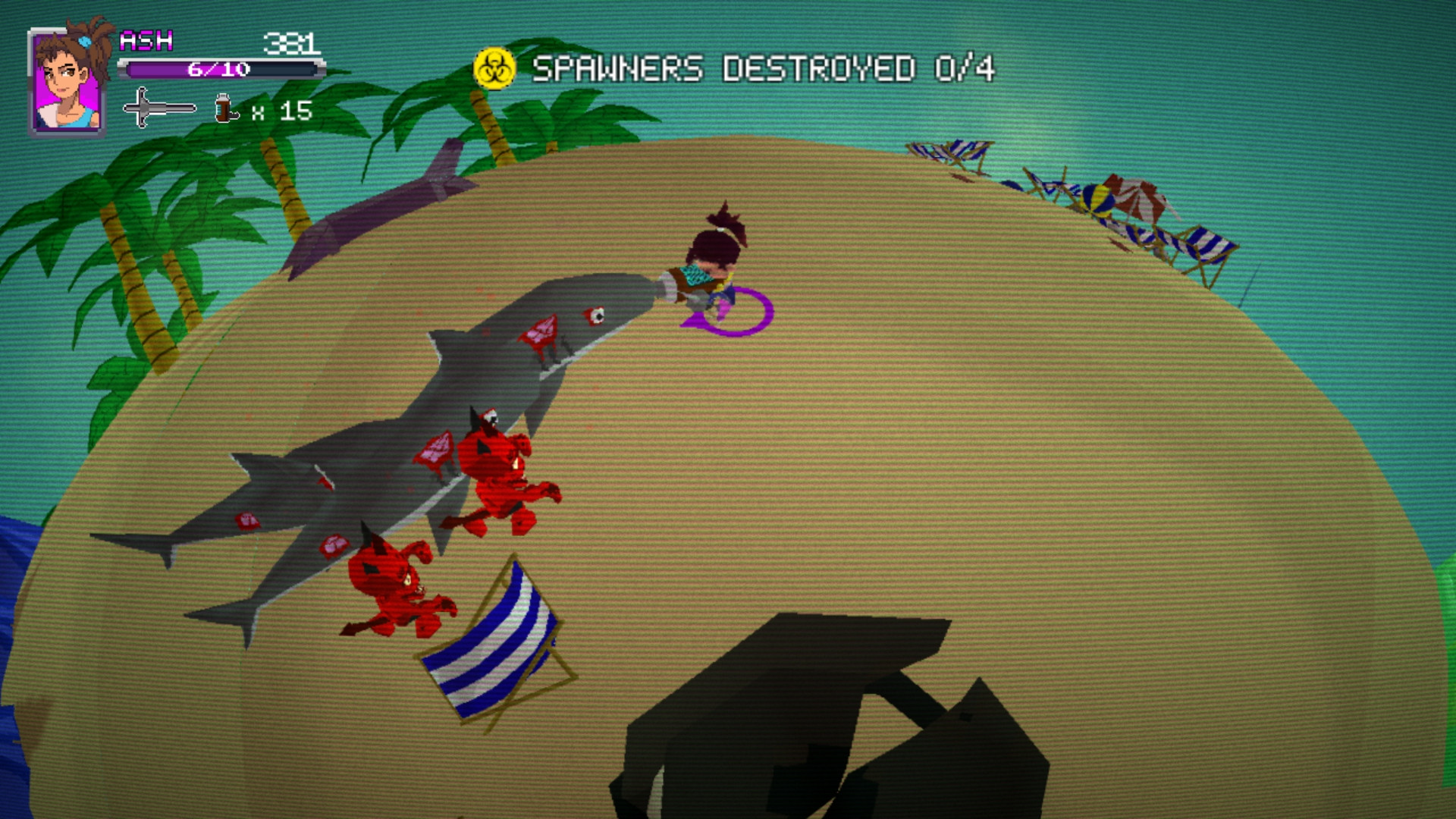 I will hammer my previous statement that I want to go farther in the game solely for sightseeing, because otherwise the game mechanics themselves are clearly not a retention factor. Most guns have little ammo and are not even very useful to clear the ranks of the Zombie army, so I keep them mostly in case I get cornered by strong Zombie types. There is this weird auto-aim that prevents from shooting certain weapons if there is no target in sight, and there is no auto-fire (which means that keeping a finger on the trigger would have let the character attack continuously). A much worse issue is that running over a gun will automatically change the weapon held by the character, which can become troublesome in a tight situation. There should be a key to validate a weapon change. The only positive attribute to the guns is to attack from a safer distance, otherwise it is just as efficient and more cost-efficient to just stun-lock Zombies with the melee attack. The melee weapons feel very punchy at first, but it is mostly due to their huge range and powerful sound effects. Apart from that, killing Zombies takes too many hits, there is only one way to attack and no subtlety or variation, and eventually the repetitive sound effects start to become quite annoying. 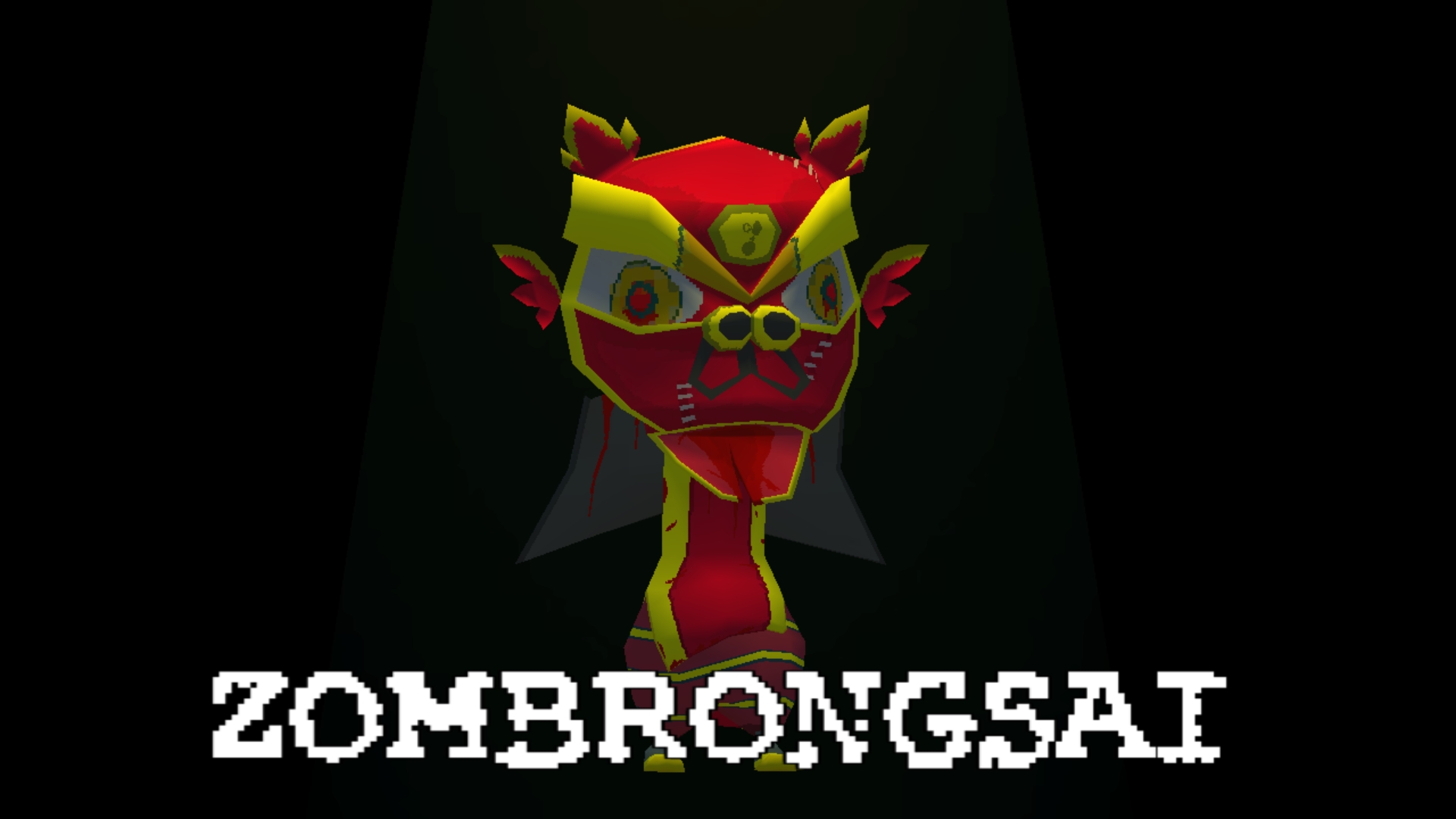 The boss fights are truly the worst part of the game despite the sheer number of them that you can find. Their attacks can hardly be avoided as there are not enough tell-tale signs to react accordingly. Usually a full clip of whatever weapon the player has is not enough to take them down, so melee attacks become necessary and the non-telegraphed attack become so deadly that I felt like winning or losing was more down to chance than my own skill. I suppose that these boss fights make more sense in coop, in which one player can serve as the bait. Because yes, there is coop! Up to 4 local players. Several controllers will be needed, and preferentially the X-input types such as Xbox gamepads. I did not manage to make my D-input controller fully work with the game, and it is not possible to rebind any key. There is a splash screen pretending that “real men use gamepad”, and I am getting quite sick of seeing this stupid sentence plastered on games that are actually much more accurate and comfortable to play with keyboard and mouse. I could say more about the validity of “real men” and “gamepad”, but it is also my intention to stay polite and be the greater man here as I am typing this with my keyboard. 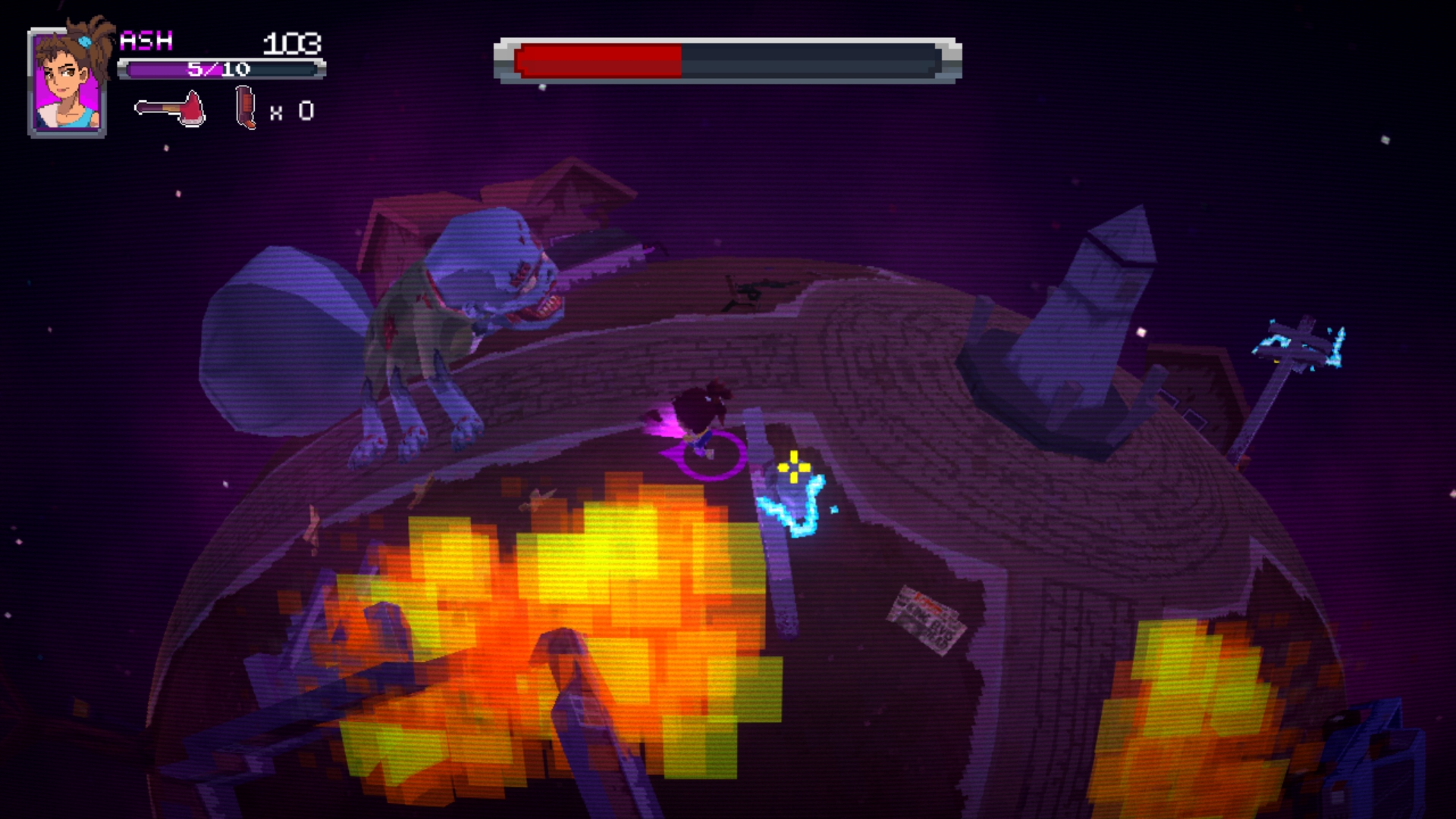 As a conclusion, Orbiz has very charming graphics and a successful “arcade” feel, however the game mechanics and boss fights are rather hollow and the game ceases to entertain after a few hours max. Maybe worth it as a curiosity at a cheap price, or since it’s an early access let’s hope that the developers will take a look at the best competitors (Nuclear Throne and Enter the Gungeon) and take a leaf off their book. With more varied enemy capacities, better boss fights and a better core gameplay, Orbiz truly has the potential to become a cool arcade gem that can be played with friends.

Here is a video if you want to see the game in action: