PREVIEW: HORROR OF THE DEEP

An interesting Early Access 3D Horror game that shows potential once it receives proper attention from its developer.

General Impression
The Steam debut of this dev team, draws its obvious inspiration from Amnesia: The Dark Descent. Alas, HORROR OF THE DEEP (referred hereafter as HOTD) costs a fraction of Amnesia’s price and still has a long way to go until it shall be just as polished. The Early Access label is both suiting and required, given the state in which the game I’m previewing today finds itself. 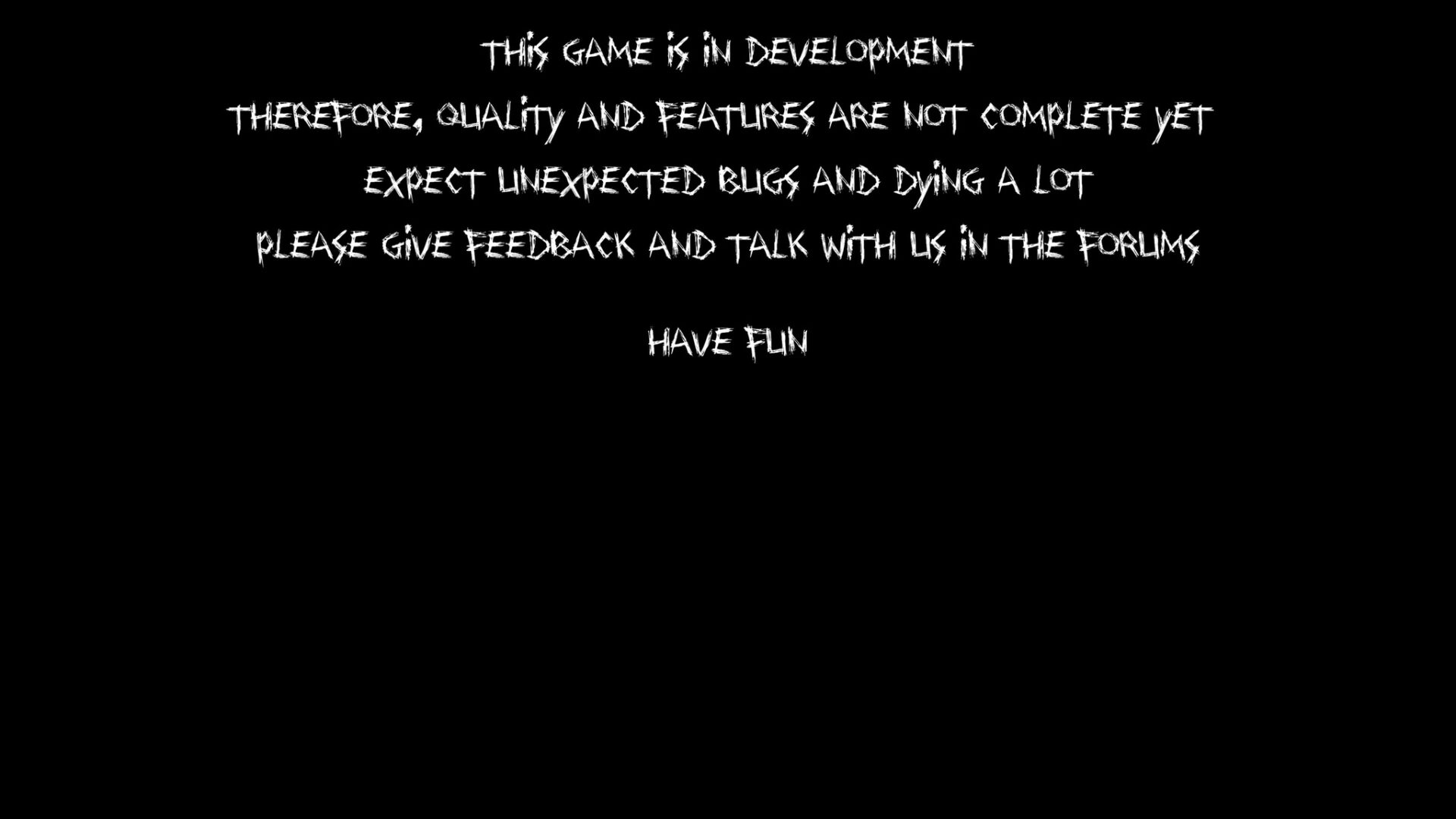 Without much context or even a flimsy explanation, the players get thrown in the midst of a dried well which leads to an elaborate system of tunnels and dungeons. At first the journey is as linear as the one path and door which actually lead somewhere. This being a game pertaining to the horror genre and all, the growing tension is quite palpable and jump scares quickly make way for actual encounters with your foes. Running from them seems to be your only option. No combat or sneaking/hiding have been implemented yet. I take some liberties when describing the “running” aspect of the gameplay. You see, HOTD’s walking speed feels more like crawling, in the many similar horror games I played on Steam so far. Running in this title seems like a fast paced walking by comparison. This is a minor issue which can get ironed out soon enough. 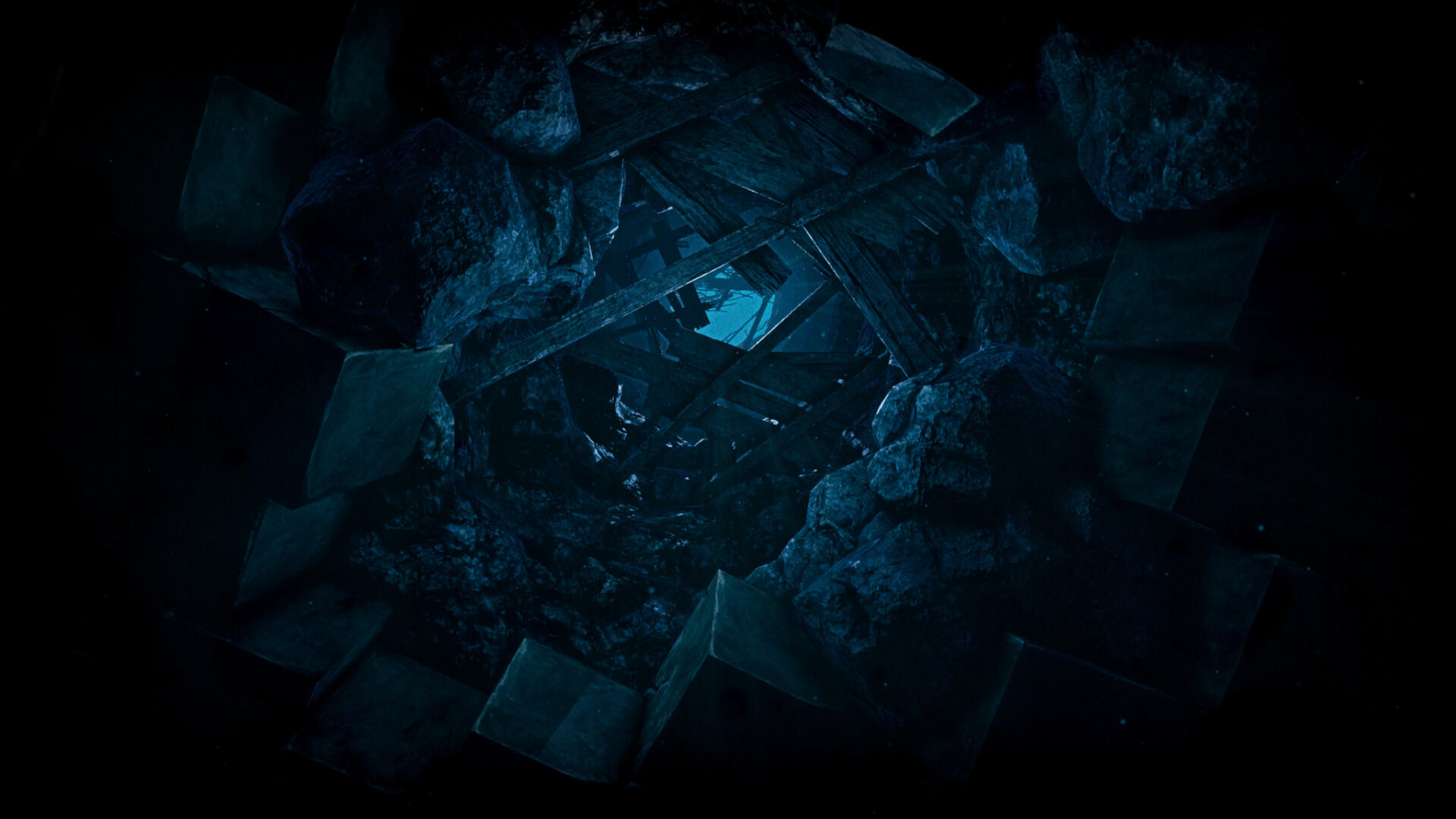 I wish I could say the same of the numerous spelling errors which range from word misspellings such as “decent” instead of “descend” or even full blown expressions such as “let me alone” instead of “leave me alone”. I understand, no one likes the grammar nazi and you have to appreciate the efforts of non-native English-speaking game devs, but bear in mind that English ain’t my mother tongue either. That doesn’t stop me from spell checking again and again, long after I’ve even published my reviews. So in the end it’s just the ultimate form of respect to yourself and to your readers (or players in the current context), being able to provide reading materials without typos. And HOTD sure has a lot of writing. On the floors, walls and even barely distinguishable tomes. When you make a gameplay mechanic out of suddenly appearing blood smeared texts, at least make sure they’re grammatically correct, okay? 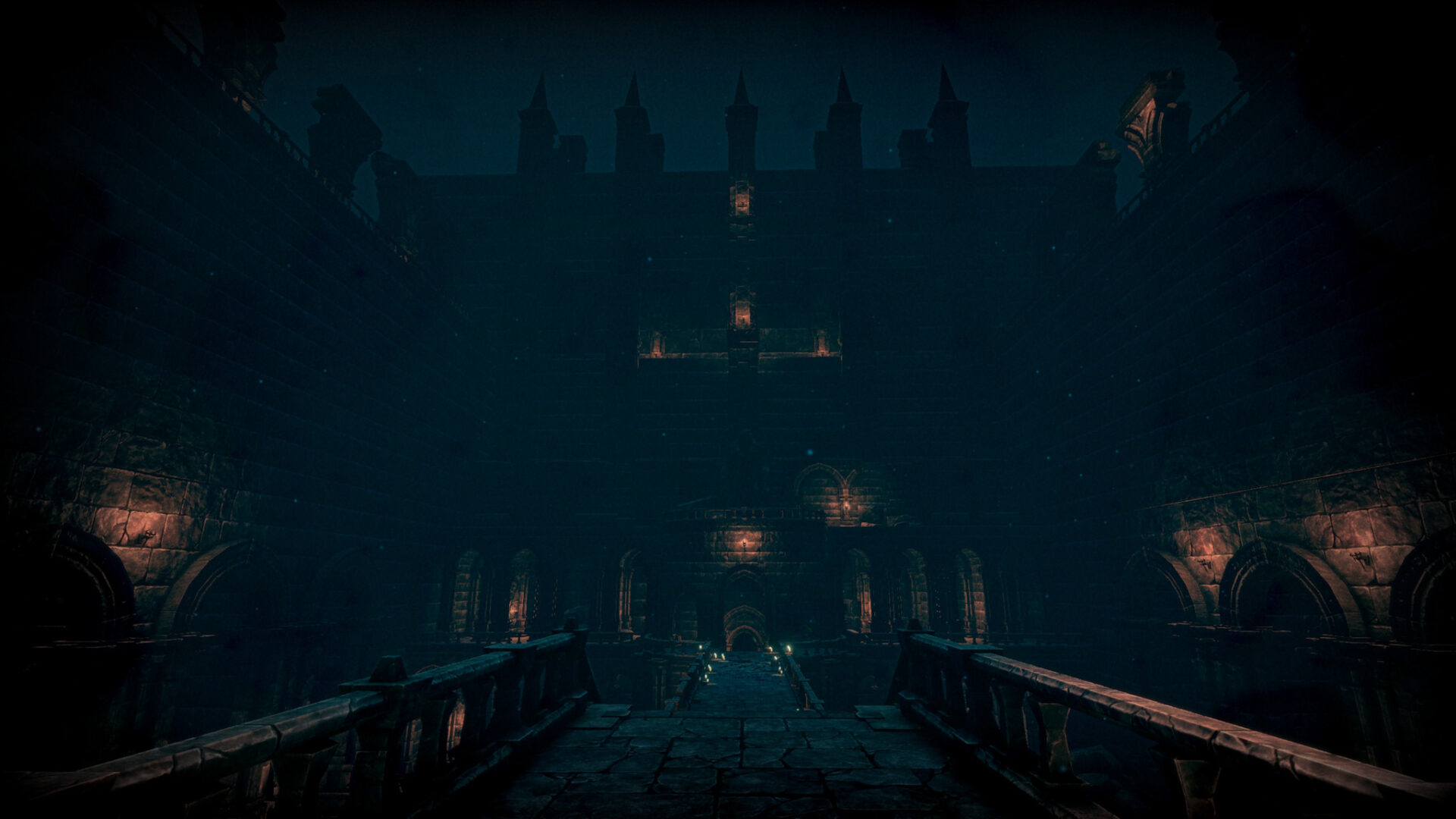 The aforementioned dungeons do feature the occasional half-open level crossings which allow you to understand the scale of this creepy place you’re trapped within. And the fact that you’re almost always descending further deep into this deadly maze, might double as a metaphor for the Circles of Hell. Too bad the dev team never bothered gluing together a story as well. The enemies you shall face resemble The Nazgûl from The Lord of the Rings. All-black textures and screeching noises as you get closer. It is generally a better idea to just run in the opposite direction as soon as you spot one. They aren’t gonna pursue very fast or for extended periods of time. Fighting them is impossible and to make things worse, HOTD features key fetch quests. It’s like every gate between you and the next level MUST contain 3 locks and subsequent keys which you will have to hunt while avoiding both the “creepers” (I call them that) and the pitch black rooms, filled with traps of their own. 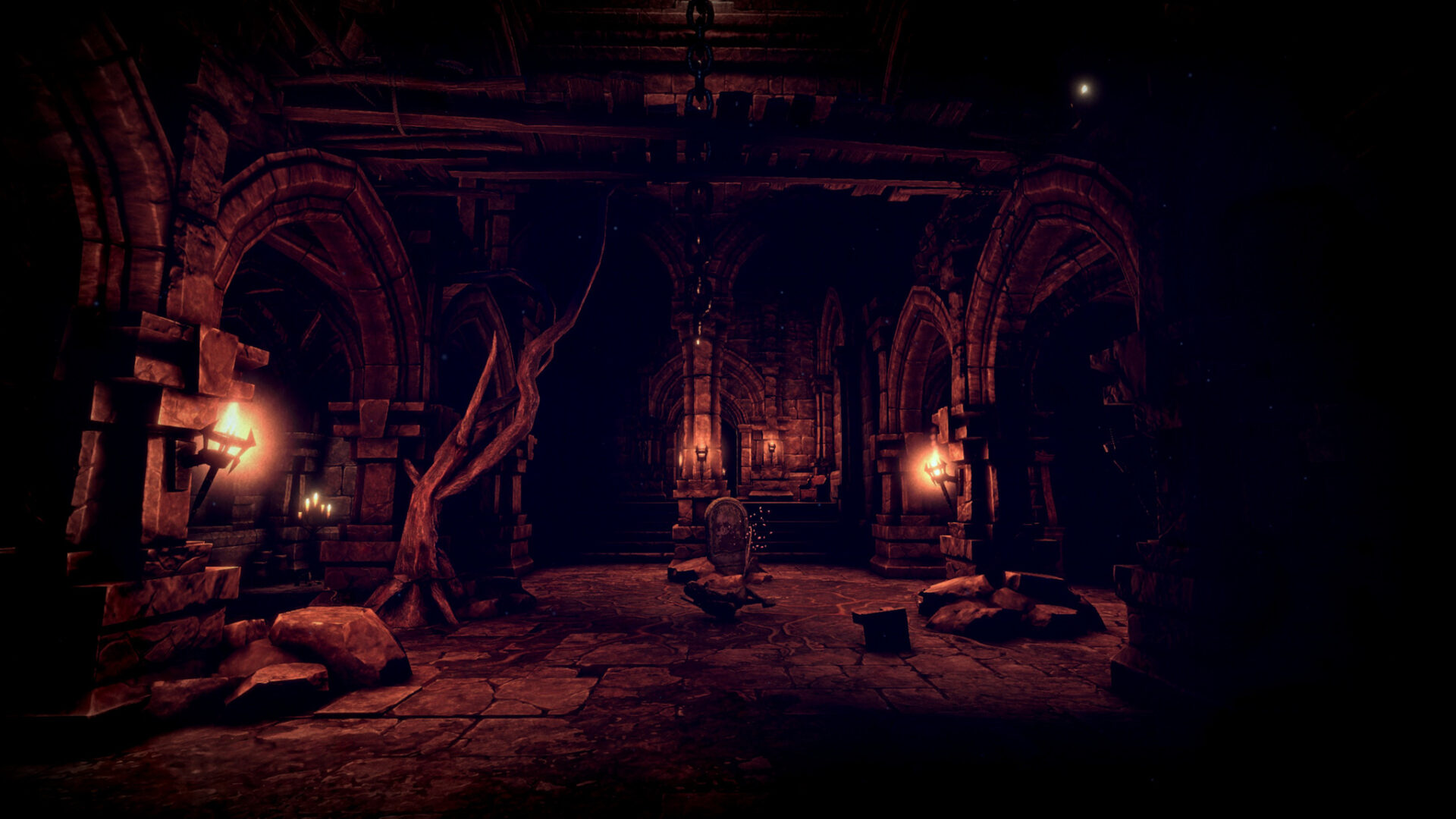 Trial & error will get you through this video game but don’t expect Dark Souls kind of action or difficulty. Being a self-declared fan of Unity Engine’s versatility and graphical potential, I’m glad to confirm that what the dev team lacks in proper grammar skills, they recover in smart level design and programming. The high levels of bloom and contrast are a visual style choice, not another mistake. And it fits the game’s nightmare-like atmosphere. I do hope HOTD shall feature Cards and Achievements at some point after leaving Early Access. For now it’s both a brief experience and quite linear. I decided to recommend it regardless of its many cons, simply because they can be remedied in an update or two. I’m curious what a few more months in development can shape this title into. The pricing is just about right, as far as I’m concerned. You won’t feel cheated if you buy now instead of waiting for the game to be bundled. 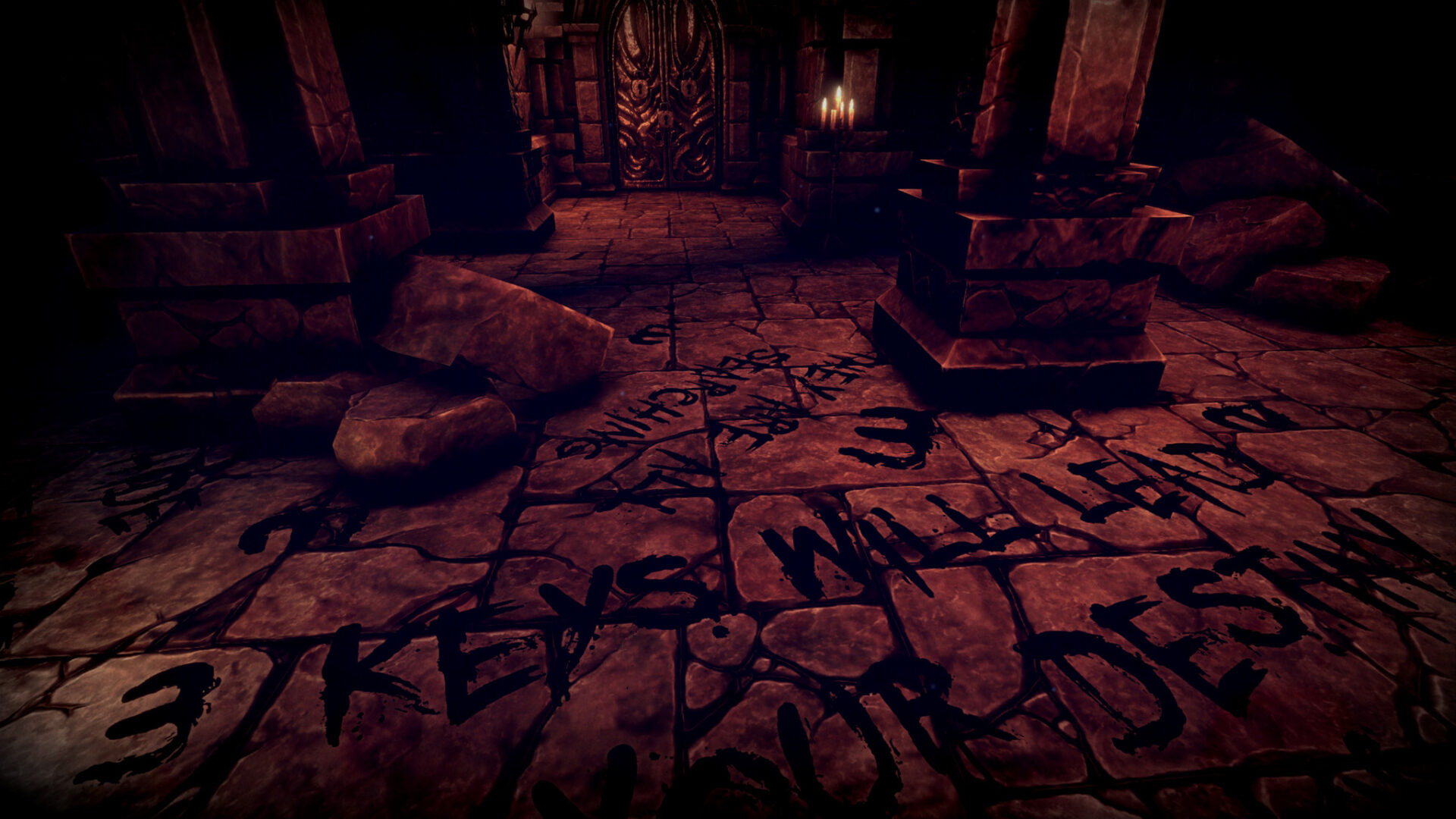