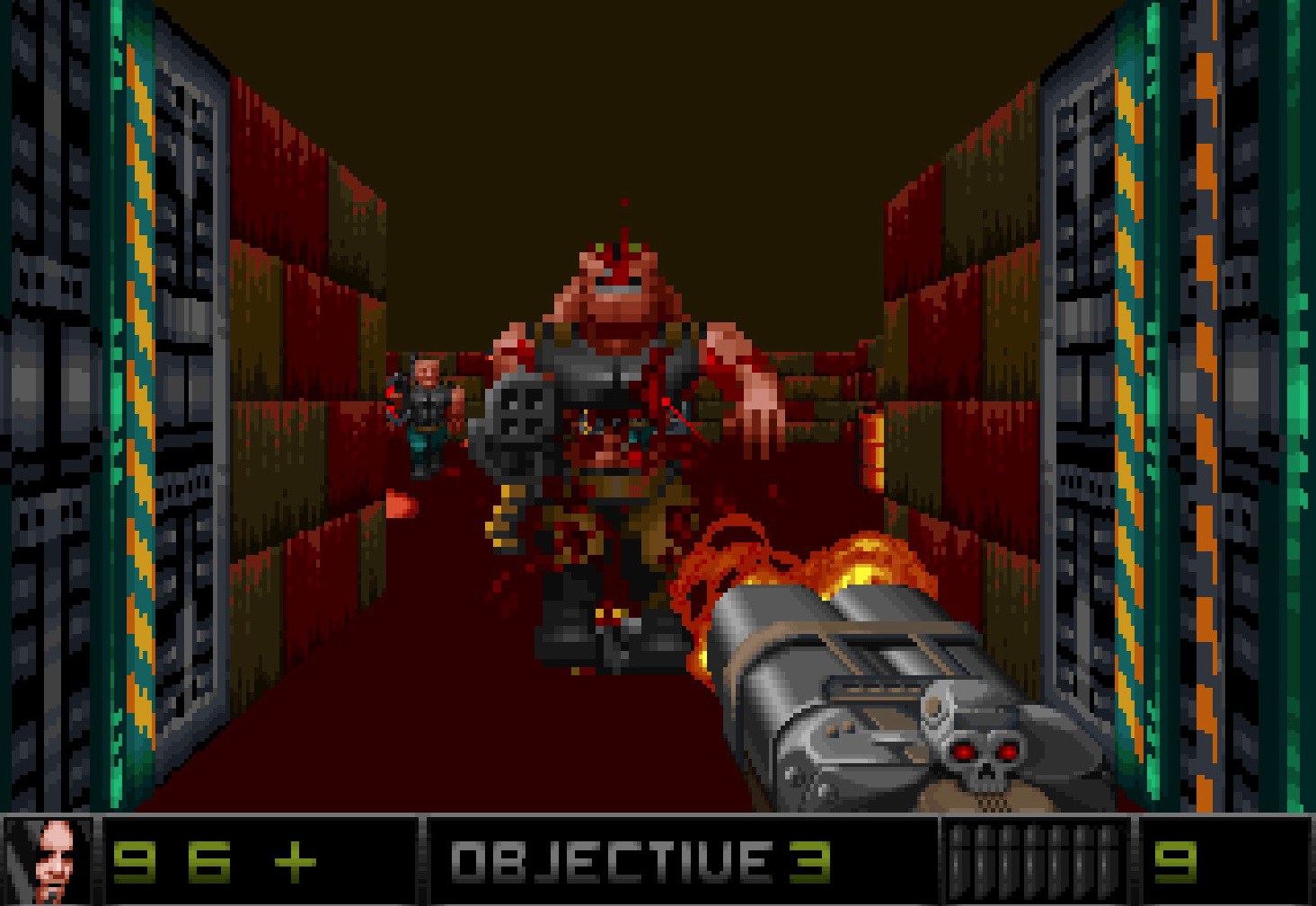 Merger 3D is a 3D shooter that plays on the nostalgic vintage era of shooters. An Homage to Classic Doom, maybe almost plagiaristic, as the first level song I think is actually from Classic Doom lol. I can let that slide tho as the music is dope lol. 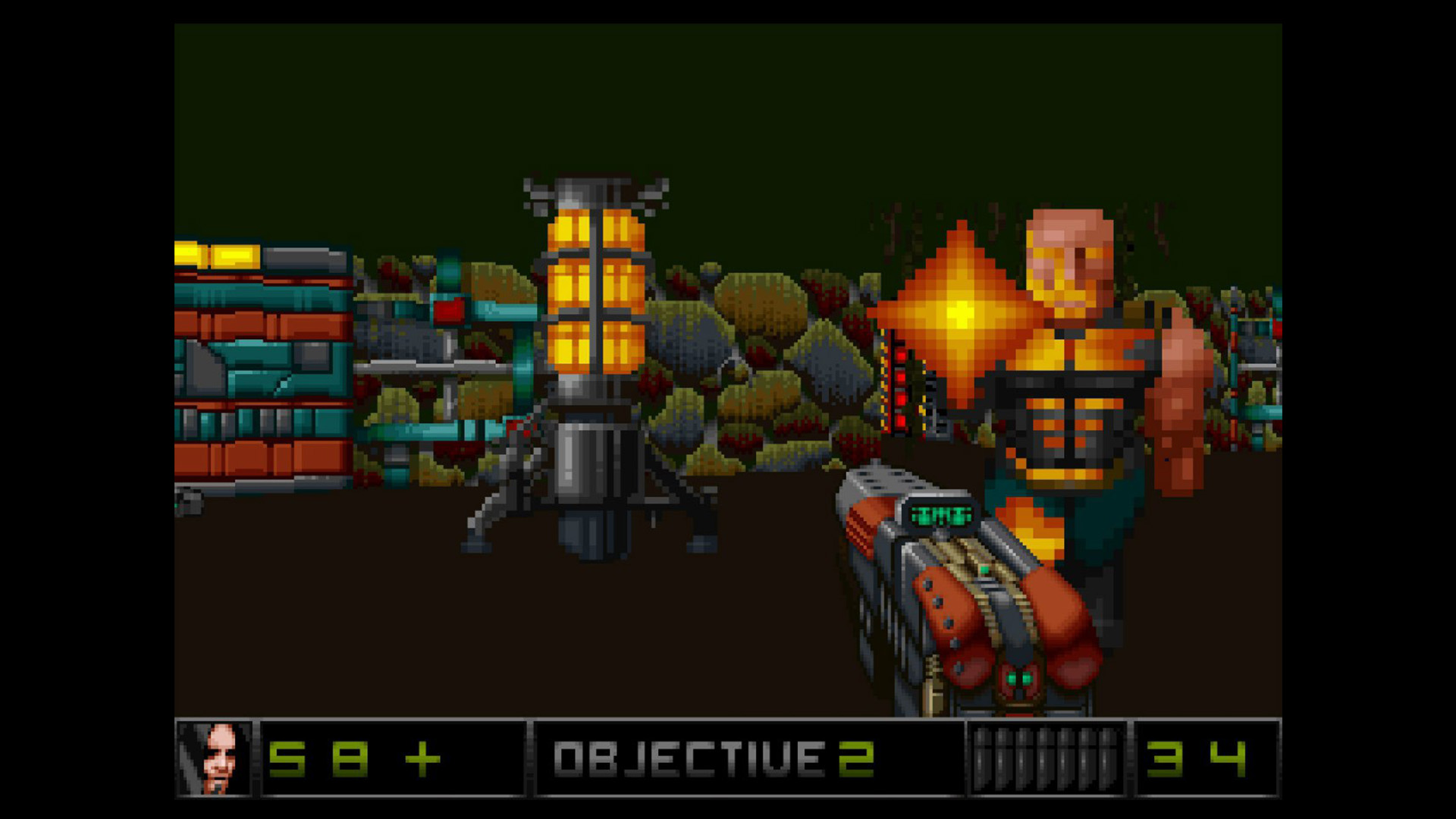 I really wanted to like this game…It tried to live up to that glory but failed honestly the game is no where near that or Classic Wolfenstein.

This game was plagued with many issues, Controls are sloppy. Moving around is too loose, The Controls menu doesn’t list that you need to press e to open doors. Ammo pick ups can be walked right over and wont be picked up, sometimes they can only be picked up while actually holding that gun. Ok the weirdest thing about the controls when you start the game, and you see the map and story, it doesn’t say press a button to start, but to actually start the game you have to press the arrow keys left or right to start the game, this is unheard of. Worst of all is that the keys are not mappable. 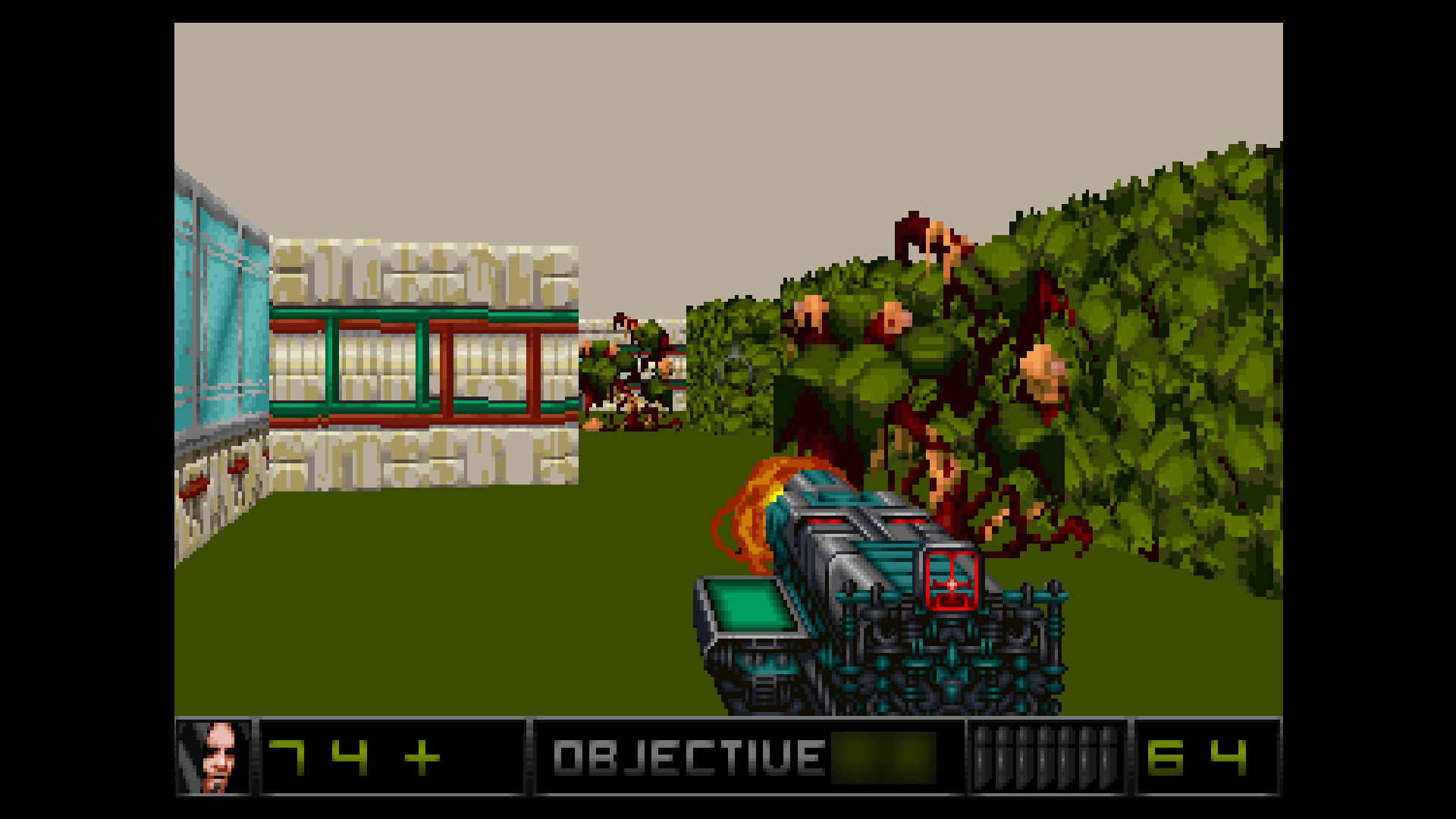 I beat level one and started writing some of this then it crashed.

The Color Palette is pretty bland on the first level at least, the baby puke green color isn’t working, the sprites for the humans look decent tho for what they are.

In Doom and Wolfenstien you never saw characters randomly appear, in this game they do sometimes even right next to you. In this game when you can just see them randomly appear. In a sence that makes the game easier you’d think, but usually they attack you before you can see them. 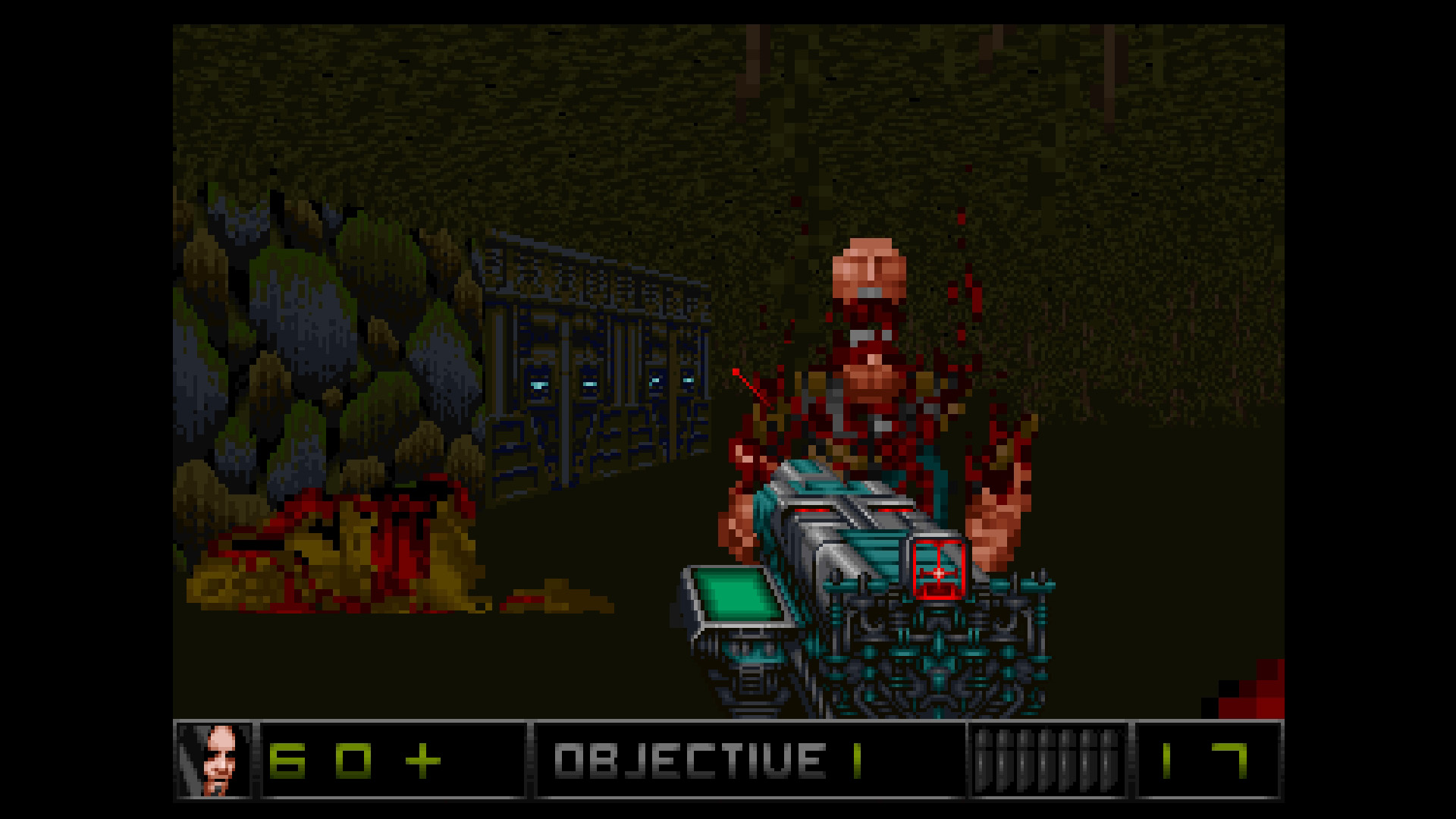 Now for the good, the Sound effects are cool, The electric claw thing weapon is cool, The gun is cool, The Bar on the bottom is fine. Regular walls look ok, the color of the vines tho is just weak should be a different green.

There is issues if you move random pixels from lets say a wall show up ontop of vines.

While I appreciate the attempt, I was unable to fall in love with this game, mostly do to the controls and bad controls can seriously kill a gamers mojo.

From the look of the video the later levels look way less like viney garbage. But unfortunately with the bad controls Its hard to get there. Hit detection seems alright for what it is. I might give it a chance later and reupdate this, but the Controls need to let you remap them and they need to not be sloppy when it comes to movement. 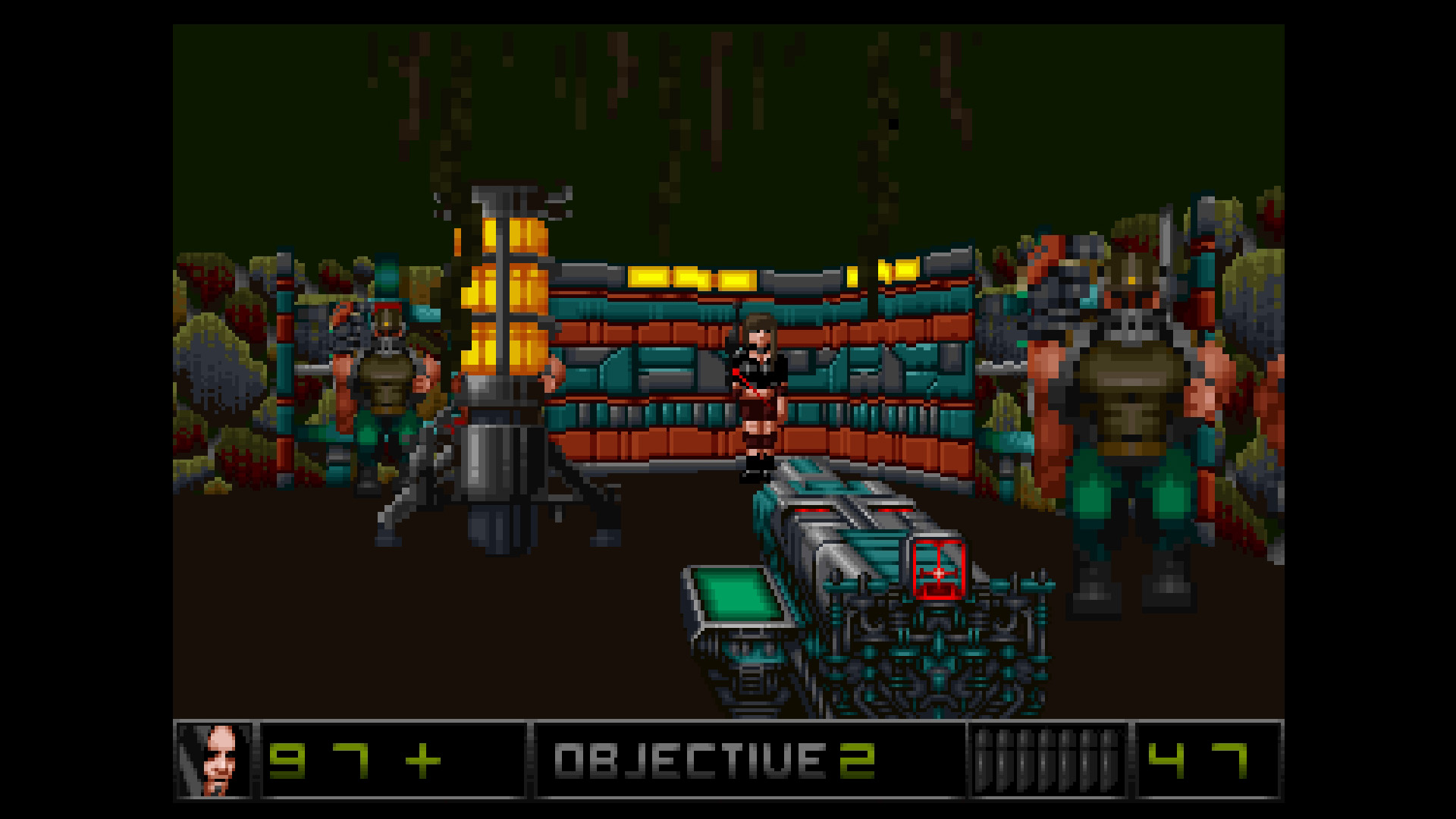