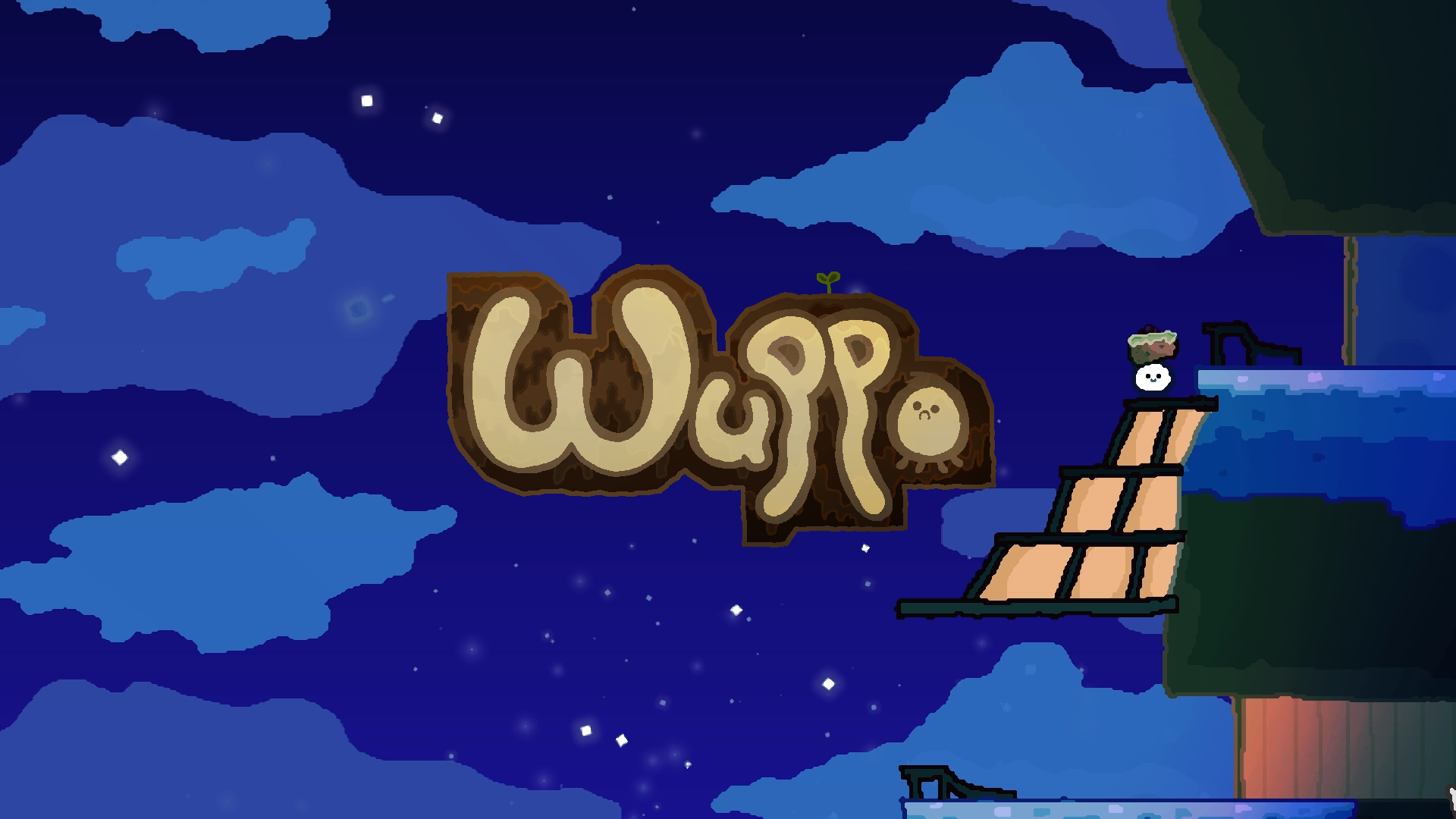 Obviously, games take a while to come out. None of them can be produced easily; even the biggest yearly franchises take that long to be made, often with negative consequences. But of course on the other side of the coin, taking too long to come out can be a death sentence for a game if it doesn’t live up to the hype. Duke Nukem Forever was a particularly infamous example of that. 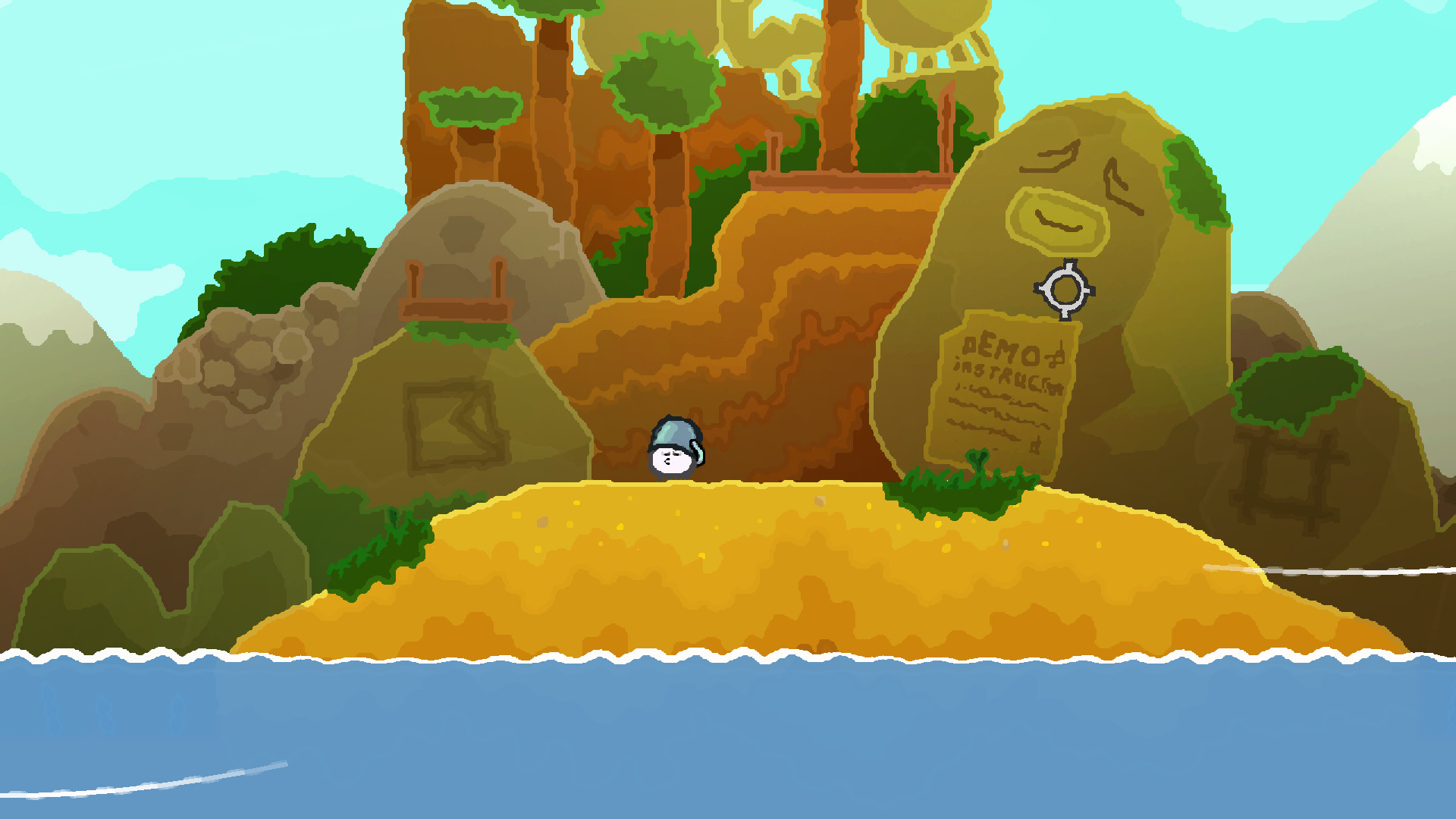 But when a game does come out with a long development cycle and fully deserves it, it can feel great to play. Such is the case with Wuppo, a charming platformer that apparently took over seven years to come out. I wasn’t aware of the game before its release, but playing it I wish I’d followed its development.

You play as a particularly plump specimen of the Wums, spherical fellows who make their homes in a variety of places, including a large hotel known as the Wumhouse. In the game’s world there also exist the gardening Blussers, the enterprising and rocklike Splenkhakkers, and the nasty, war-like Fnakkers, who attempted to conquer the land and were pushed into a sinkhole by the first three. 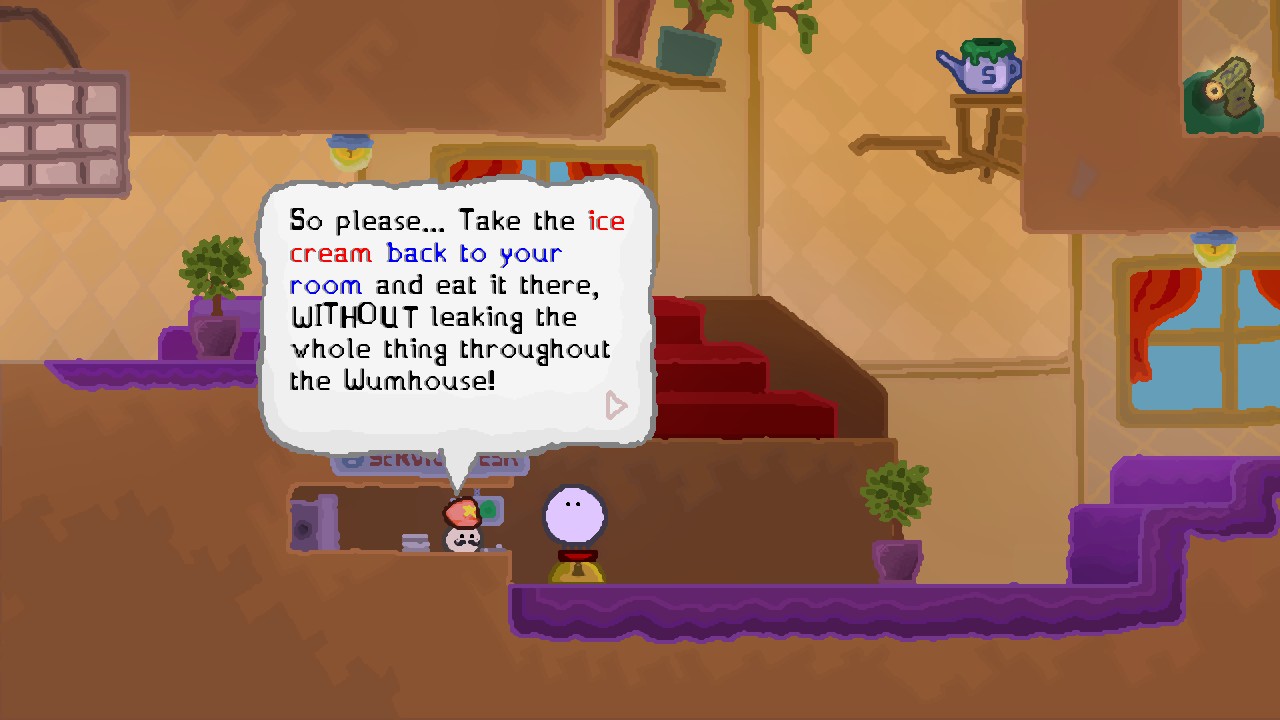 That was before your character’s time, of course, and now their only concern is lazing around taking advantage of the Wumhouse’s complimentary room service. That is, until one day his messy habits break the last straw on the back of the hotel’s manager, who has him thrown out into the wilderness. Can you make it back home or, failing that, find a new one?

Right away you’ll notice the art style of this game, which harks back to games like Yoshi’s Island or the first Paper Mario. It’s quite a nostalgic art style for me, and I’d assume a lot of gamers, and it helps the game stand out a lot compared to other indies. The comparison to Yoshi’s Island fits with the platforming too, as even in the early areas it’s very solid. You can double jump, and the challenge strikes a good middle ground; it requires some skill but is reasonable overall.

You gain a weapon early on called a Gumgumgun, which fires multi-colored bubble gum. It can destroy some obstacles, solve puzzles and damage enemies, although so far I haven’t encountered many of those. Bosses, on the other hand, seem to be just about everywhere. The game has no problem throwing them at you when you’re just wandering about, with little warning beforehand other than a conspicuous save point (of which there are plenty around the game world). All of the ones I’ve found so far have been fun, and like the platforming, fair yet challenging. 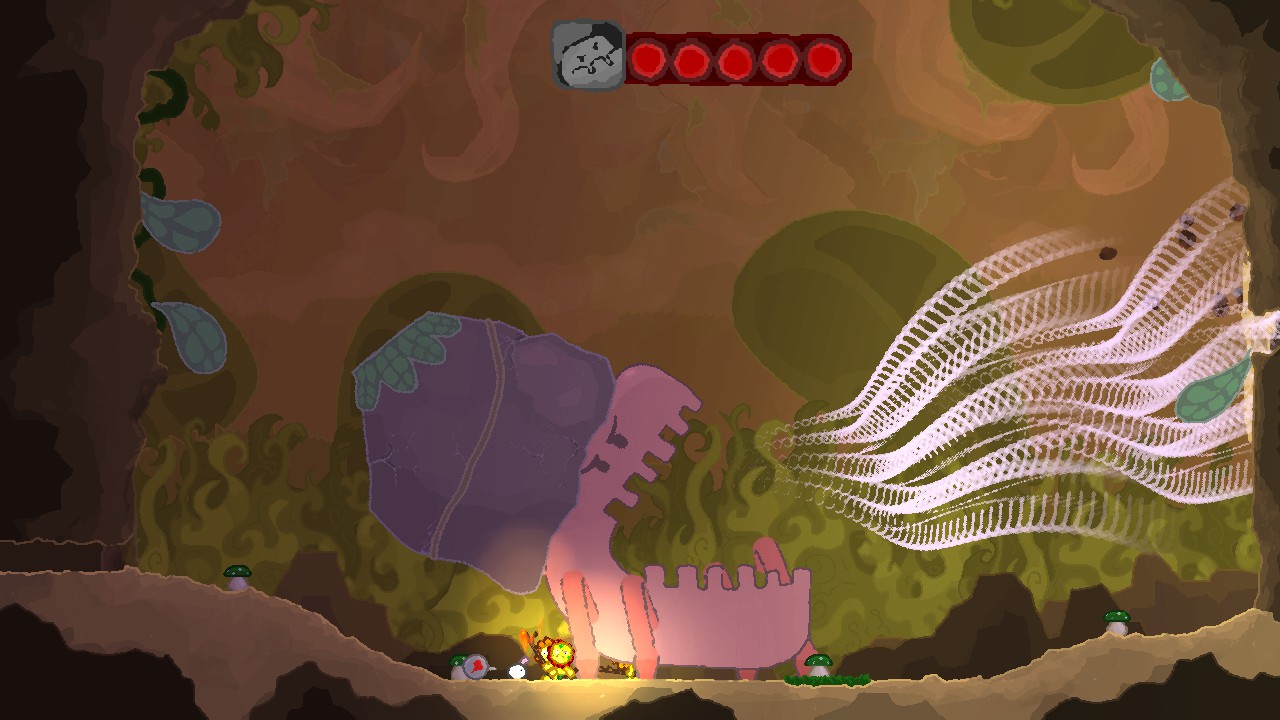 What I really like about the game is its world-building, which you might not expect from a game in this genre. The back story I mentioned earlier is in the trailer, but it’s explored in more detail through film strips you can acquire throughout the world, which describe things like the history of the world to what the different species do, to someone’s diary. You gain money for showing them to the person who runs the projector and occasionally extra health, which you gain from doing a lot of other things too.

Not only that but there seems to have been a lot of attention paid to the way the world works. In the Wumhouse and the second area you go to, Popocity, you can see other Wums walking around, holding objects, and in the case of the latter even buying things from vendors. It makes the world feel pretty real, even if it’s cartoony. There’s also attention to detail: when you travel to Popocity you have to wait in line to get on the train, and when going through customs afterward. The local transportation there runs on its own, so if you want to get on you’ll need to wait instead of it being instant. Some 3D games don’t go that far, and things like this make it very easy to see why this game took so long to make. 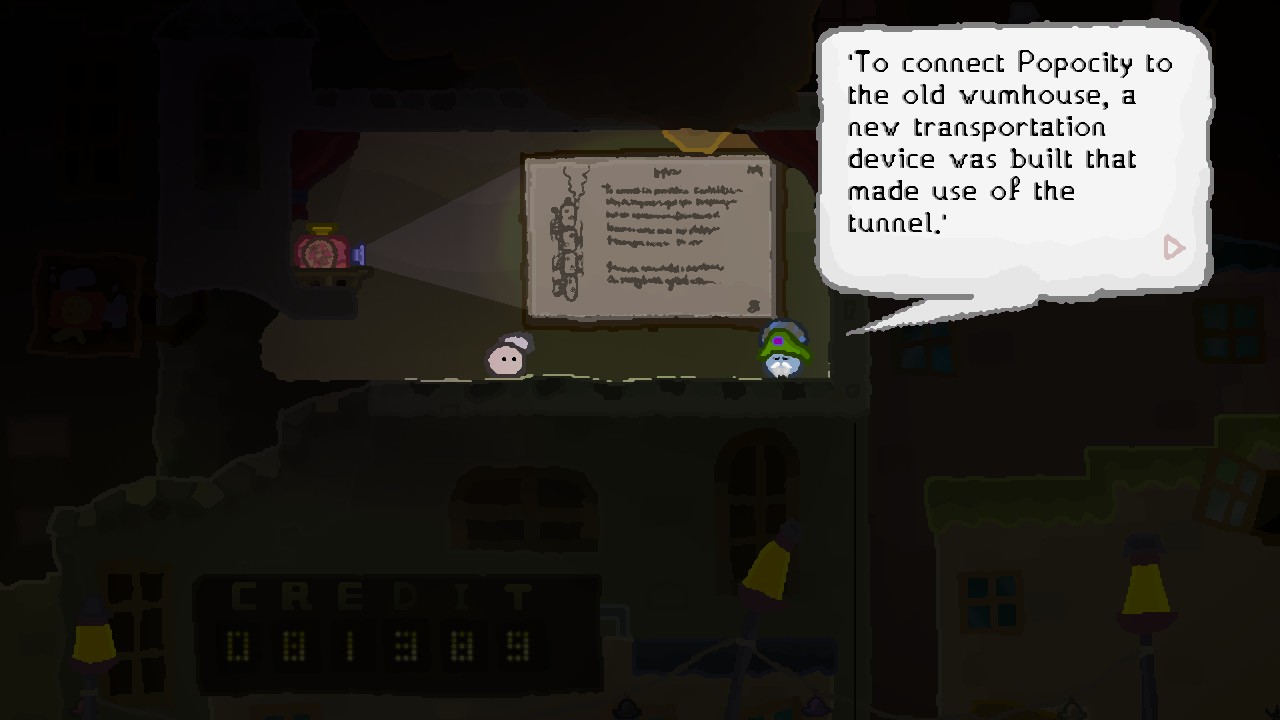 I’m only up to Popocity so far, and there’s a ton of stuff to do in it. You can hand out newspapers by firing them out of a cannon, help exterminate vermin in a factory, and even join debates at city hall. The game doesn’t have a very in-depth plot but the actual game is so well-made I find myself not really caring what it wants me to do. It’s a very delightful, genuine game, and I have no issues recommending it to everyone. 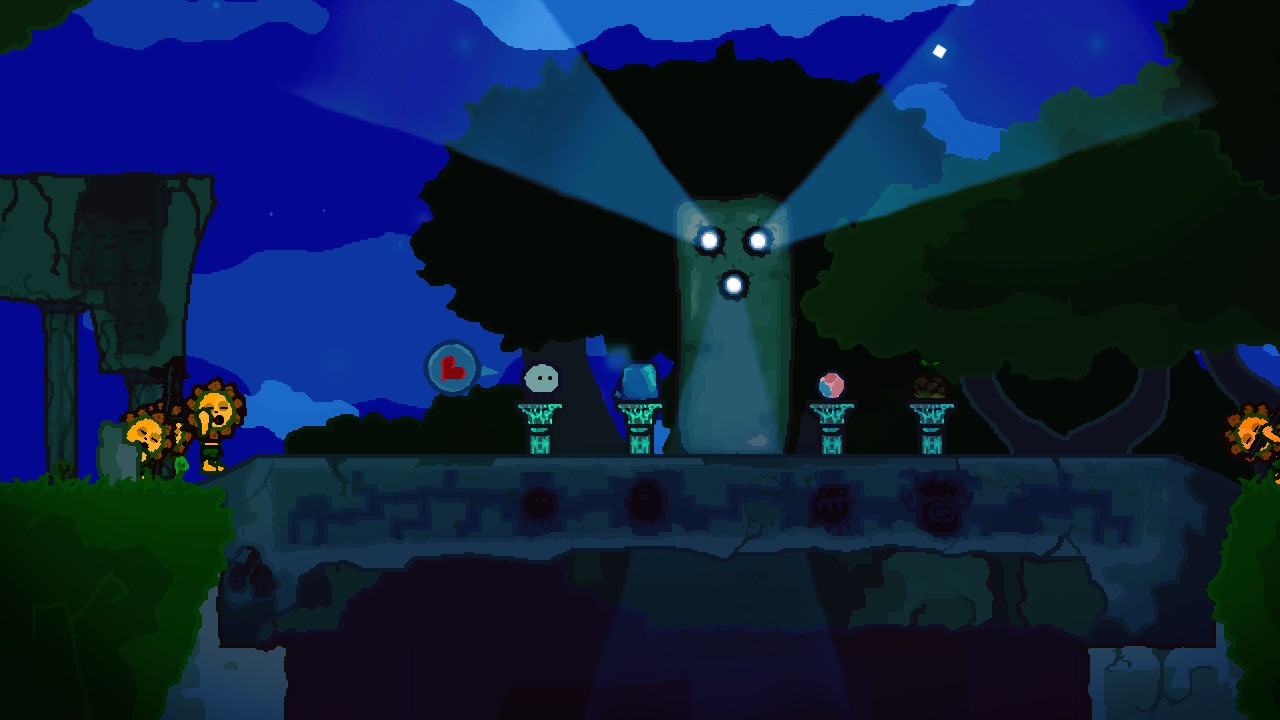