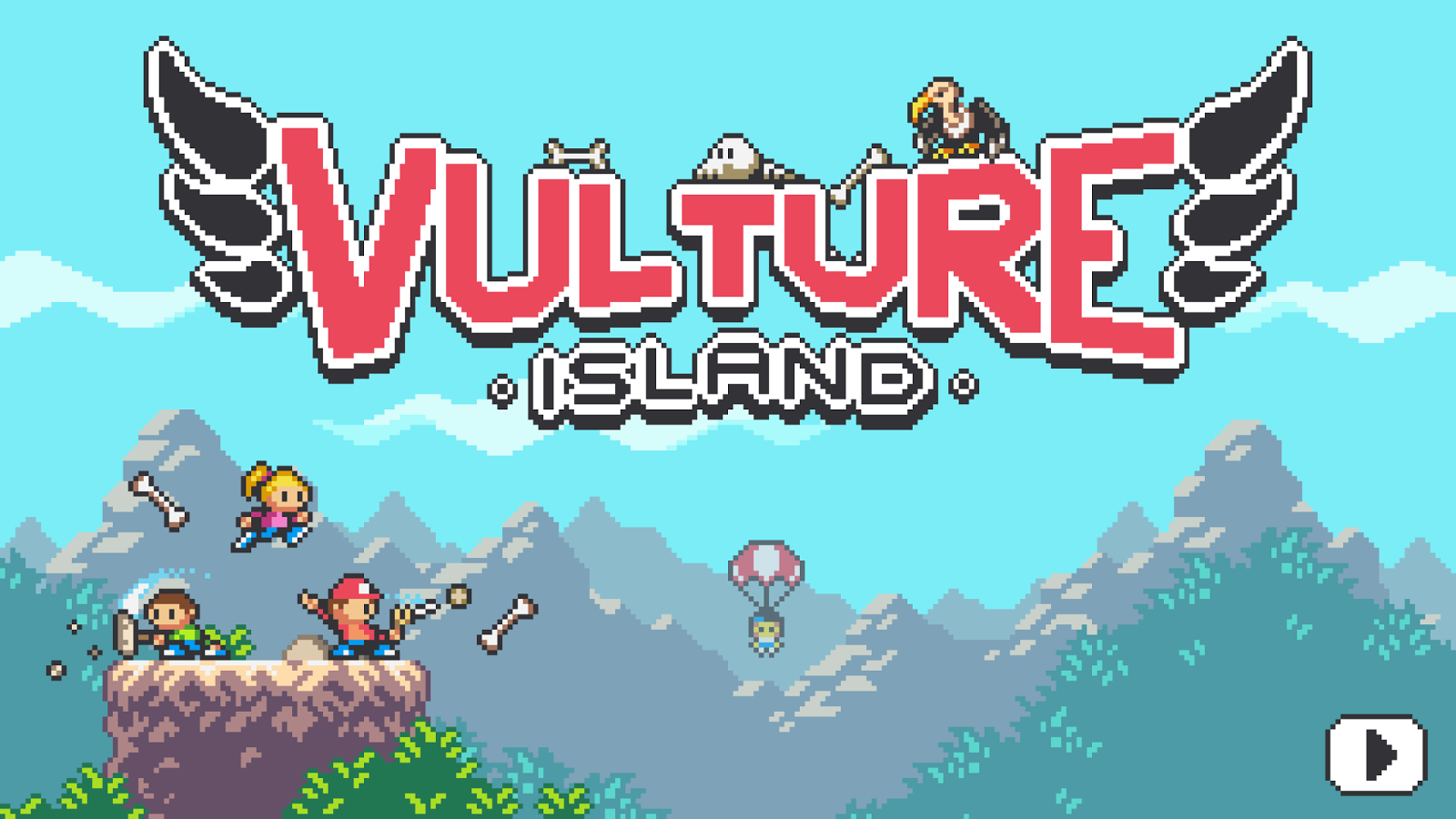 Vulture island is an old school side scroller with platforming mechanics in an adventurous world, similar to that of the Super Mario Brothers games. 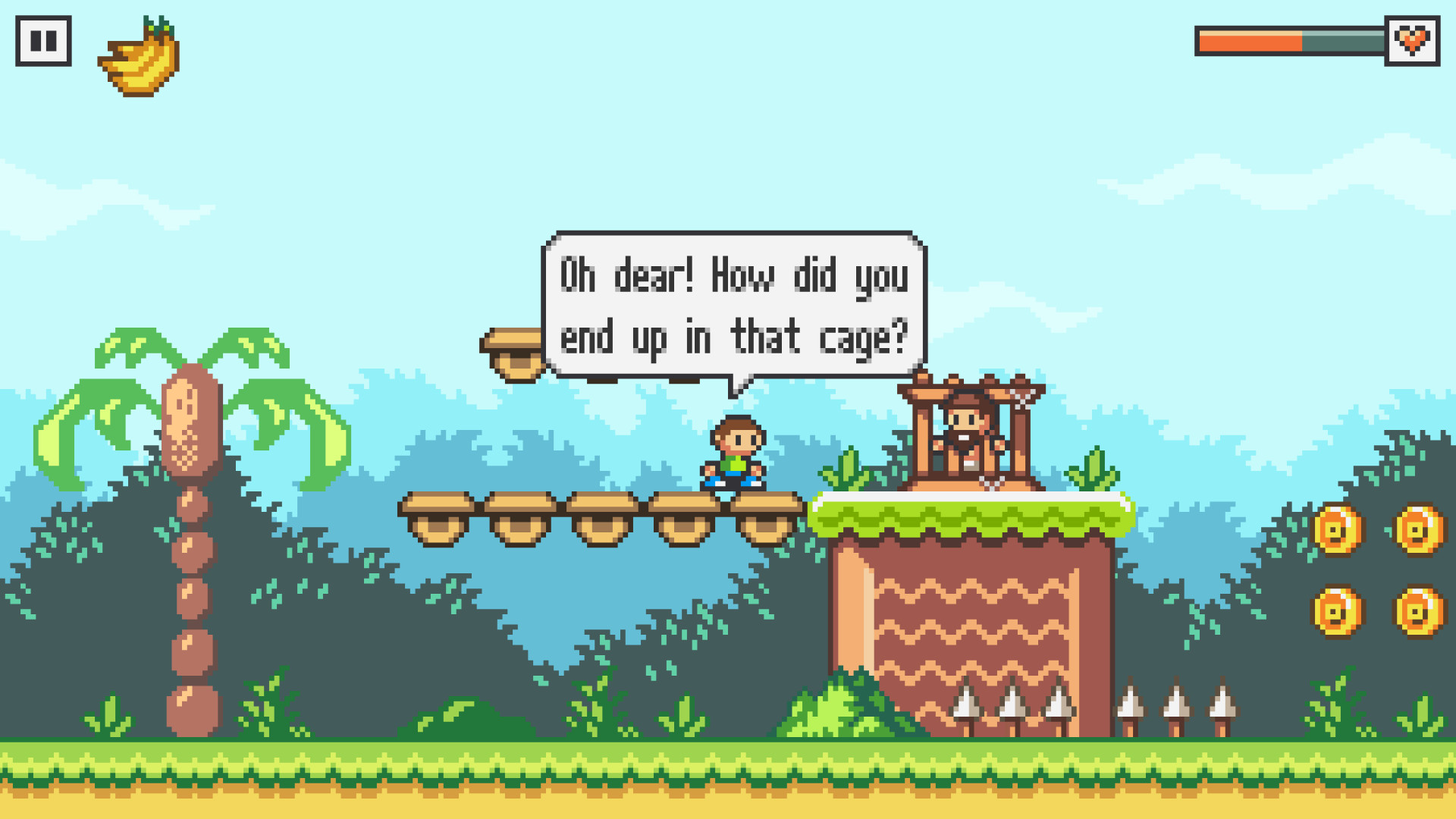 Vulture Island has amazing graphics. The style reminds me of Nintendo, Mario & Zelda games that came out during the Gameboy color era. The graphics have that sort of feel – old school but with an updated color palette. The backgrounds are bright and vivid as if playing it off a back lit system like the Gamegear. Overall I really am digging this style of artwork, it works really well for this type of game & gives me those warm fuzzy retro feelings.

One issue I found right away was the listing of “Controller Support” I, for the life of me, could not get my xbox controller to work with this game, but it works fine with all others. So I decided to try with my Steam controller, and even in Big Picture mode with the recommended configuration, still no controller support. That was a real bummer. I did see a work around that worked for some people by changing the controller settings to work with older programs in the game controller settings in windows, unfortunately this did not work for me. However, after using Steam’s configs to turn it into a keyboard I was able to get my steam controller to work for it. 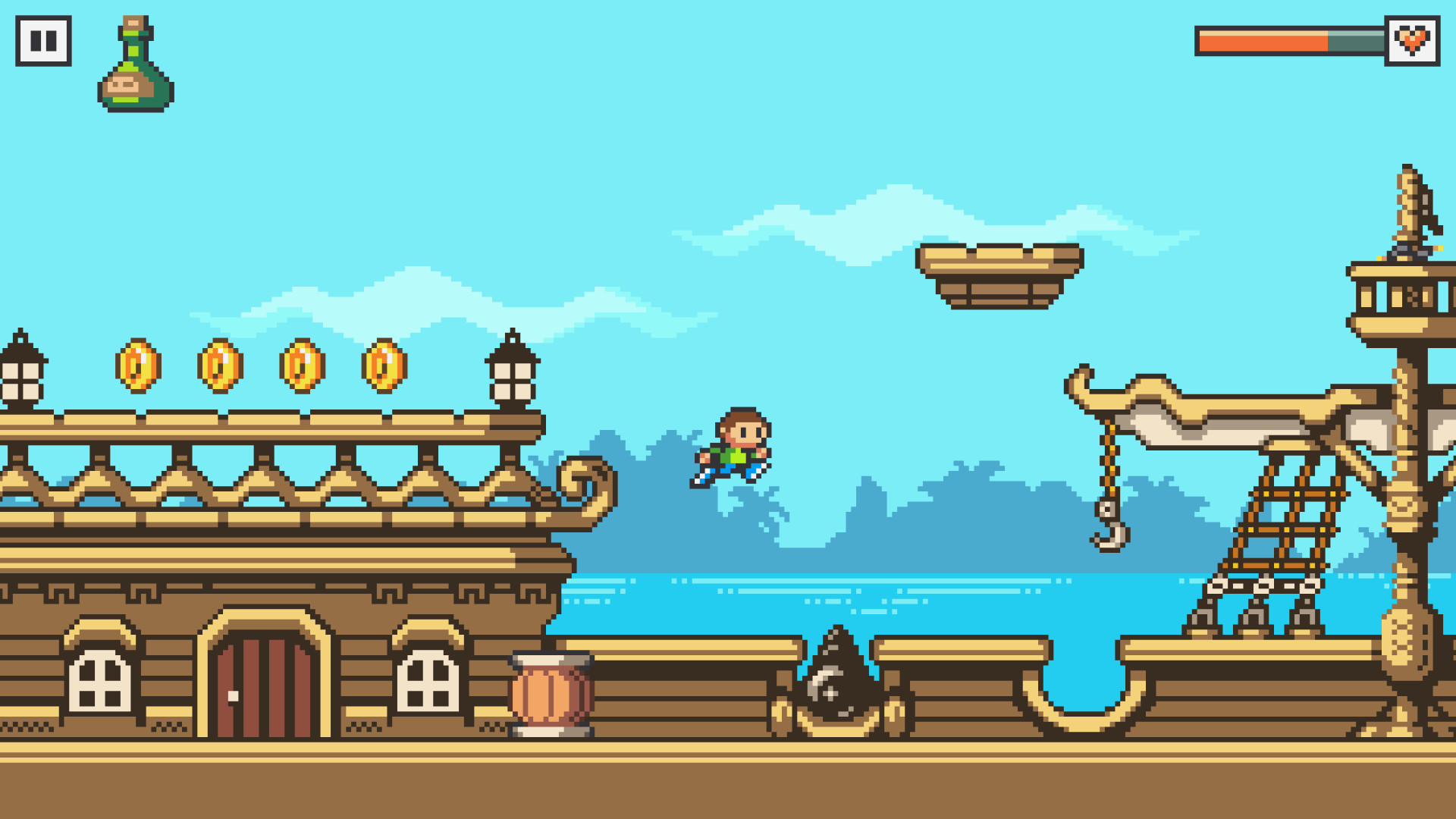 The levels are pretty short when compared to Mario Bros. The jumping seems slightly delayed, like it just takes a second too long to leave the ground in my opinion. Another thing is there doesn’t seem to be a run button, and in games like this a lot of times I just want to run, but seeing as the levels are much smaller it kind of makes sense as you’d get to the end of the level super quick if you could run, but in my opinion running is a key element in side scrolling platformers that Mario and Sonic would not have been near as cool without.

The gameplay is simple and complex at the same time, it’s sort of fun. The graphics are the strongest point in this game. It’s interesting to control 3 main characters in a game like this. Some paths become blocked and you must explore another level to open it for the other guys. That is a strong point with this game, as it makes you replay levels to see if something has changed. Lots of puzzles to figure out in the this sense. 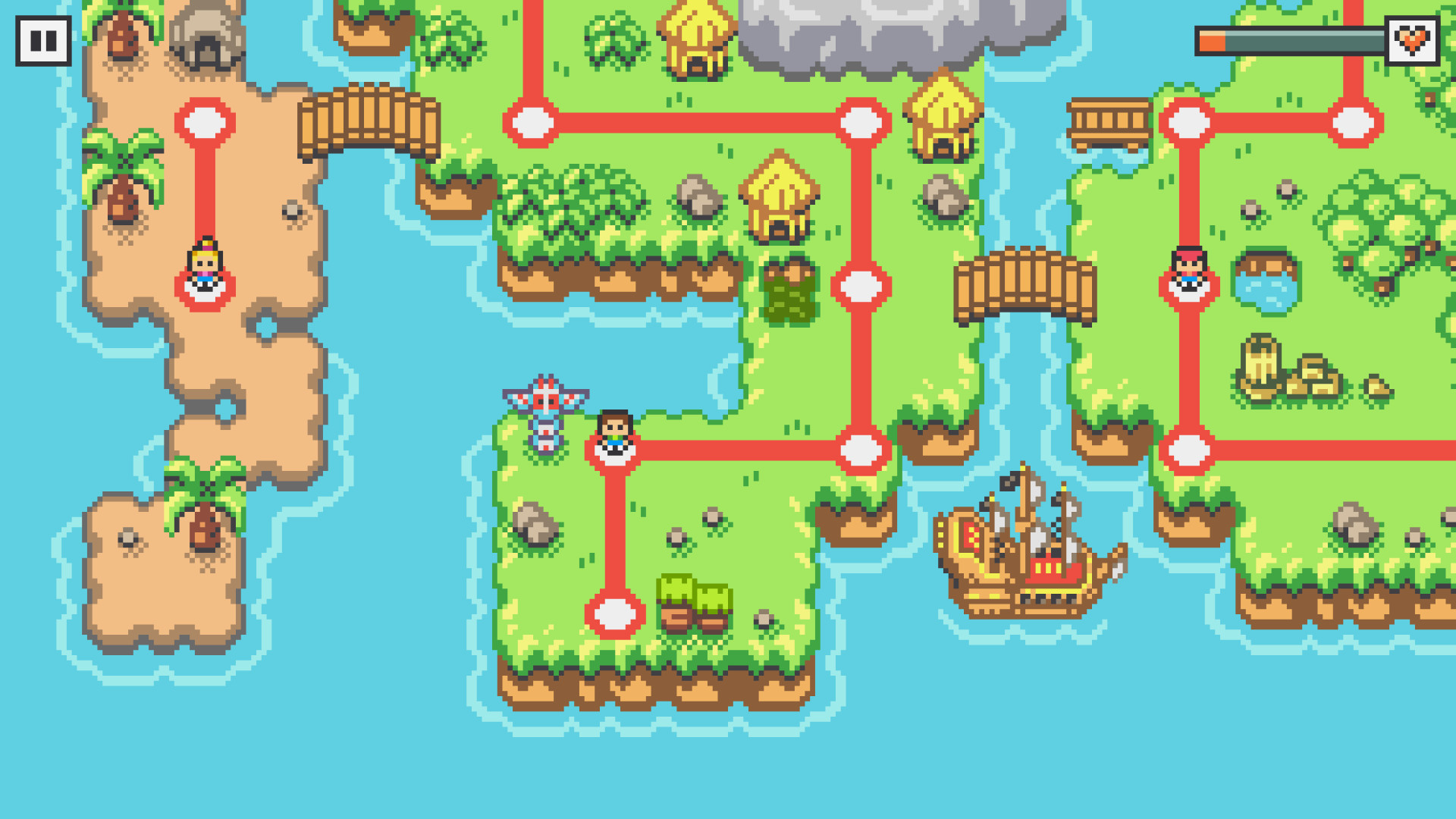 Another thing that bugged me was talking to people. You can’t be right on a person or object and interact with it, you actually have to be about an inch away from it. May seem trivial but it’s kind of annoying.

The music is calm and relaxing, not bad for what the game is, it goes with it.

Overall I’d recommend the game if you like side scrolling platforming with cute artwork that you can enjoy for what it is, but if you are looking for an in depth massive game you may want to skip this and head for classic old Mario. 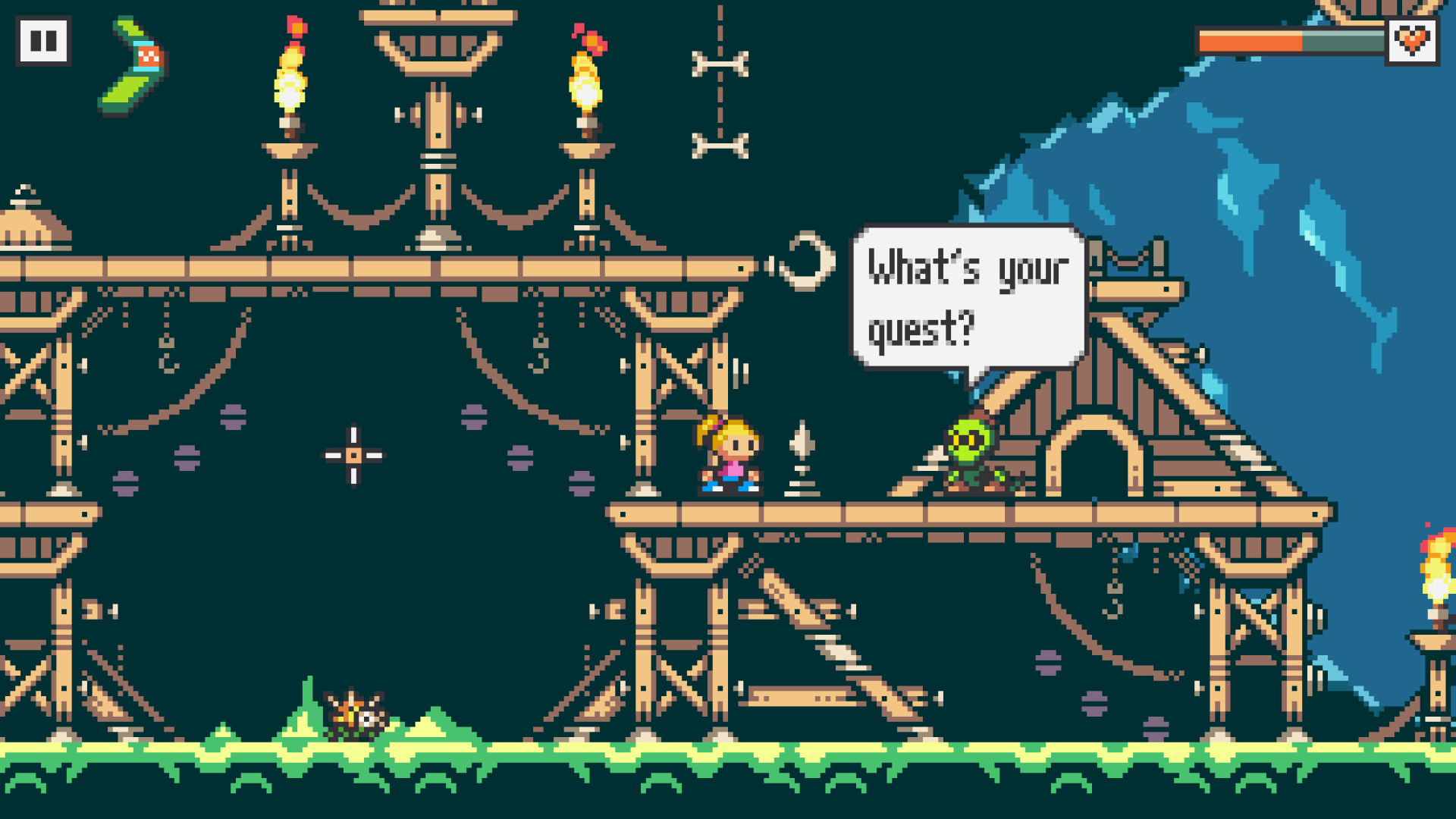