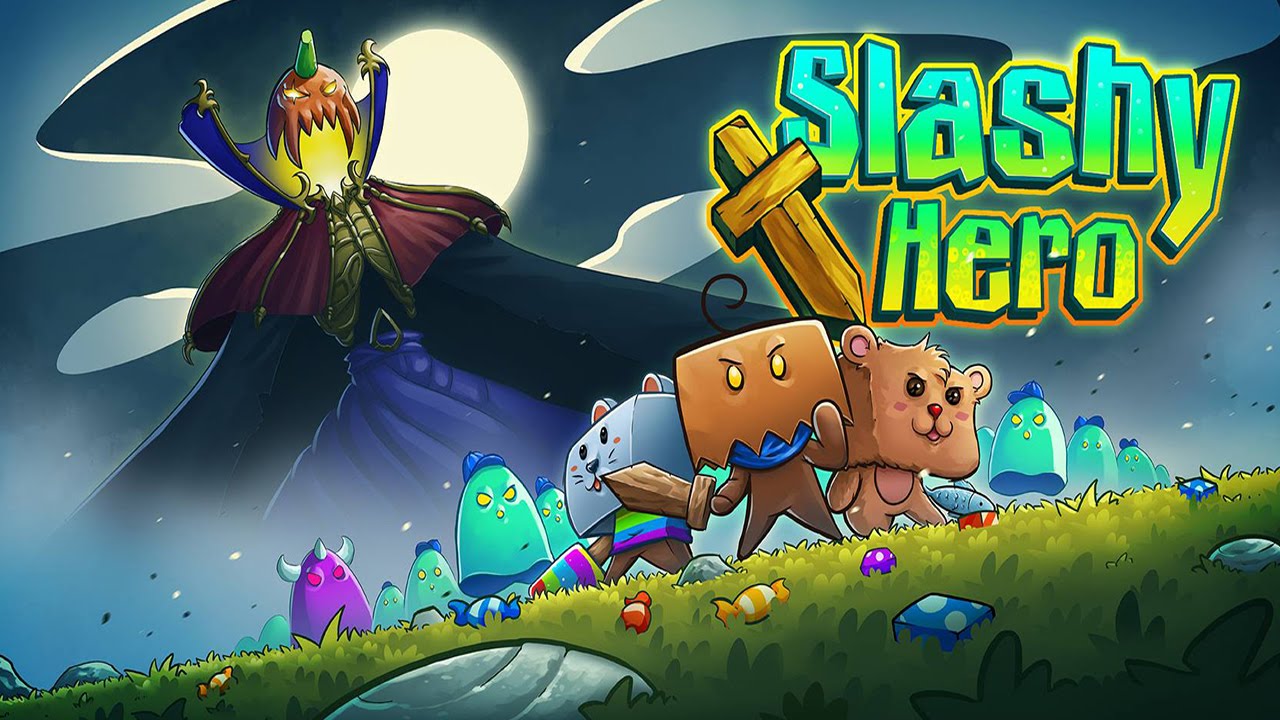 Slashy Hero is unlike any game I have ever played to date. It is an action, roguelike dungeon crawler without the permadeath difficulty. Although, permadeath is non-existent, don’t let its cute graphics connive you into believing that Slashy Hero is a mash-up between Costume Quest and the Binding of Isaac. All dungeons are non-randomized while items and health are placed sporadically across dungeons. However, I would concur that Slashy Hero uses more strategic elements that separate it away from its other smaller competitors within the genre. 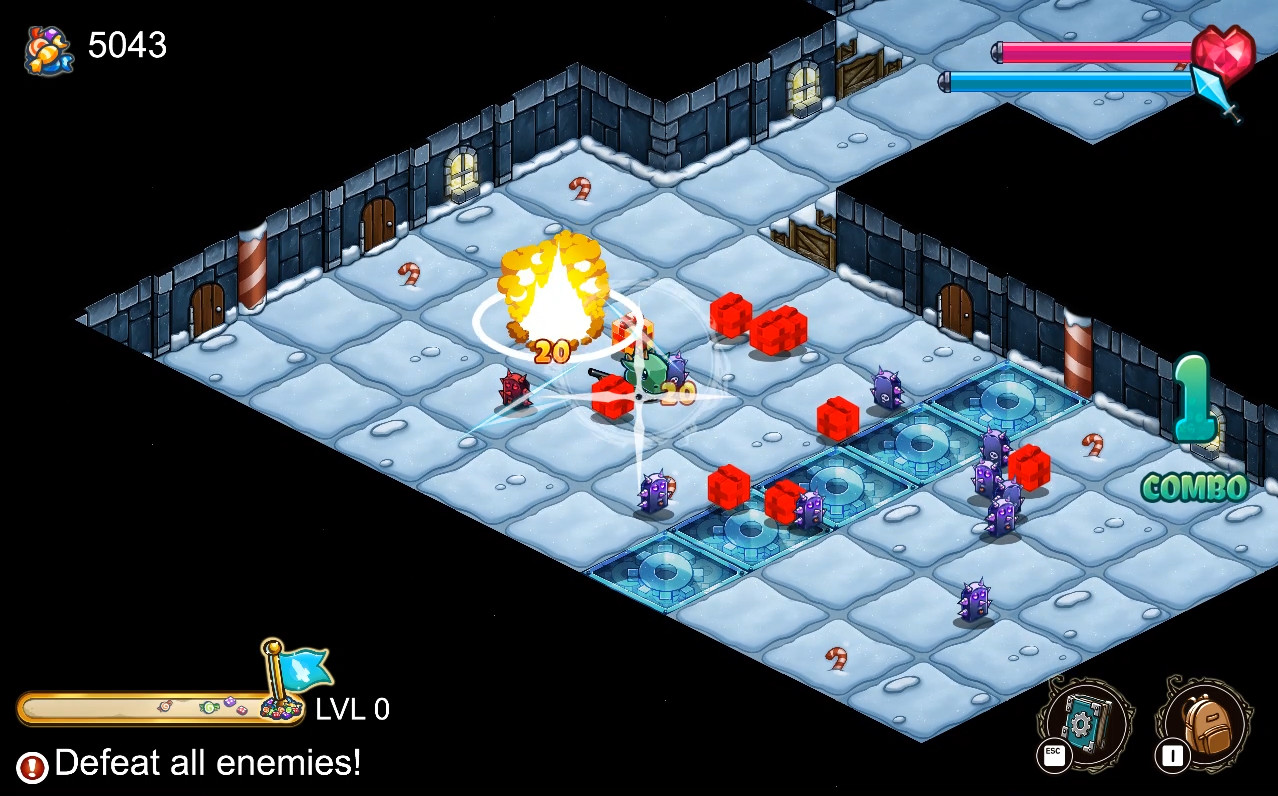 The graphics, gameplay, enemies, and in-game currency remind me of flash games. Kongregate, one of the all-time leading free web browser game hubs of flash games across the internet make similar games like this one that challenges you while making you satisfied and accomplish at the end of each day. This is a Halloween-themed title that uses candy as currency which is recovered from performing combo slashes to defeat the monsters attempting to take over Halloween.

Checkpoints occur every five levels and are placed in a logical order. We are given three full lives before a game over occurs. When you die, you can easily revive yourself to wage war in the fight against more hordes of monsters. This makes Slashy Hero much less frustrating than these dungeon based actions games with permadeath. 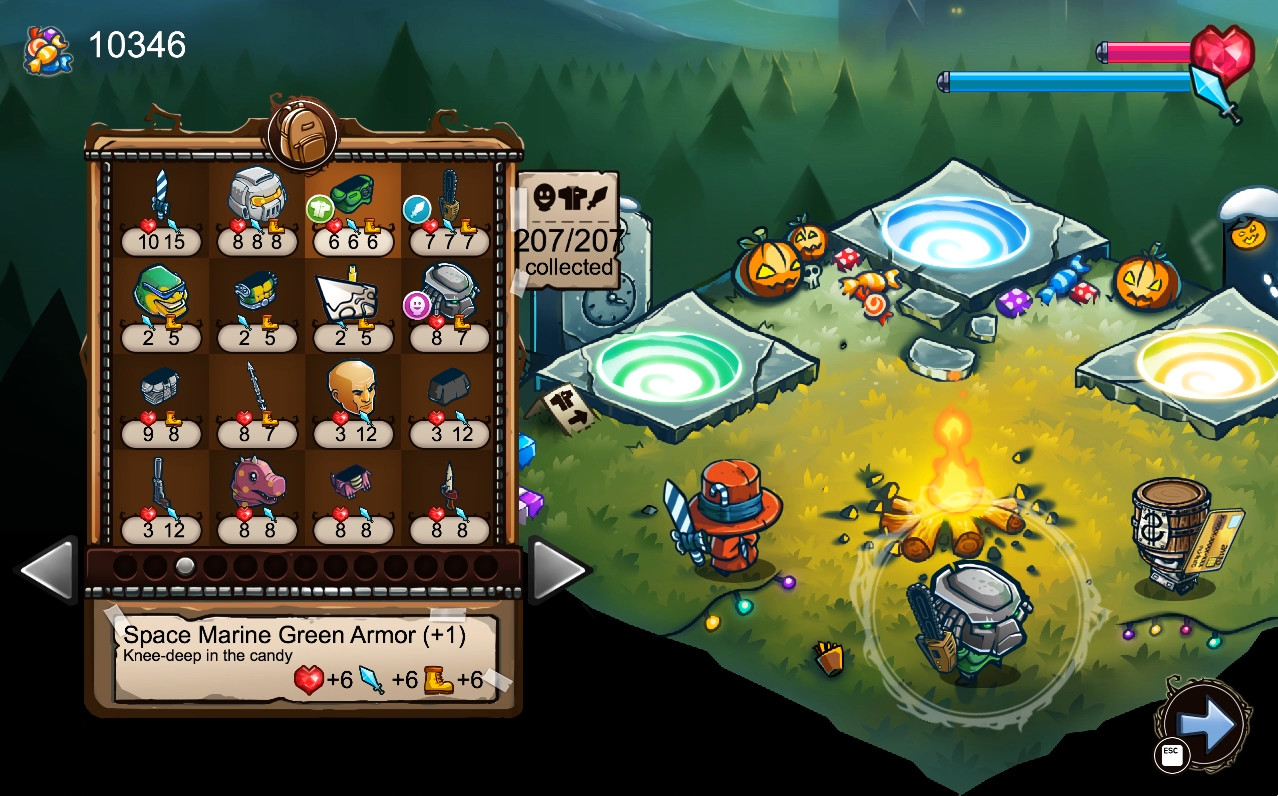 Gameplay is simple that includes a primary weapon that follows the movement of the character. Your character moves according to the specified path in which we draw. We must learn to be careful, or else our character could sidestep spikes along with other dangerous obstacles that can kill us. I recommend using a mouse for the best precision. When enemies are in groups such as the ghost enemy types, we can form a double line that is bidirectional to deal twice the damage as opposed to an elliptical line or even a straight solid line back and forth. Line movement is controlled by the mouse movement from one point to another. It feels as if I am playing Scribblenauts within the implementation of this specific mechanic.
It is unfortunate so far in the lack of movement variety. We can only walk and slash enemies through a direct line of path. However, there are no direct hits, nor bank flanks where we can pin down all the larger groups of enemies. Traps help us when enemies are clustered up such as the spikes as the only way to get rid of these purple enemies. 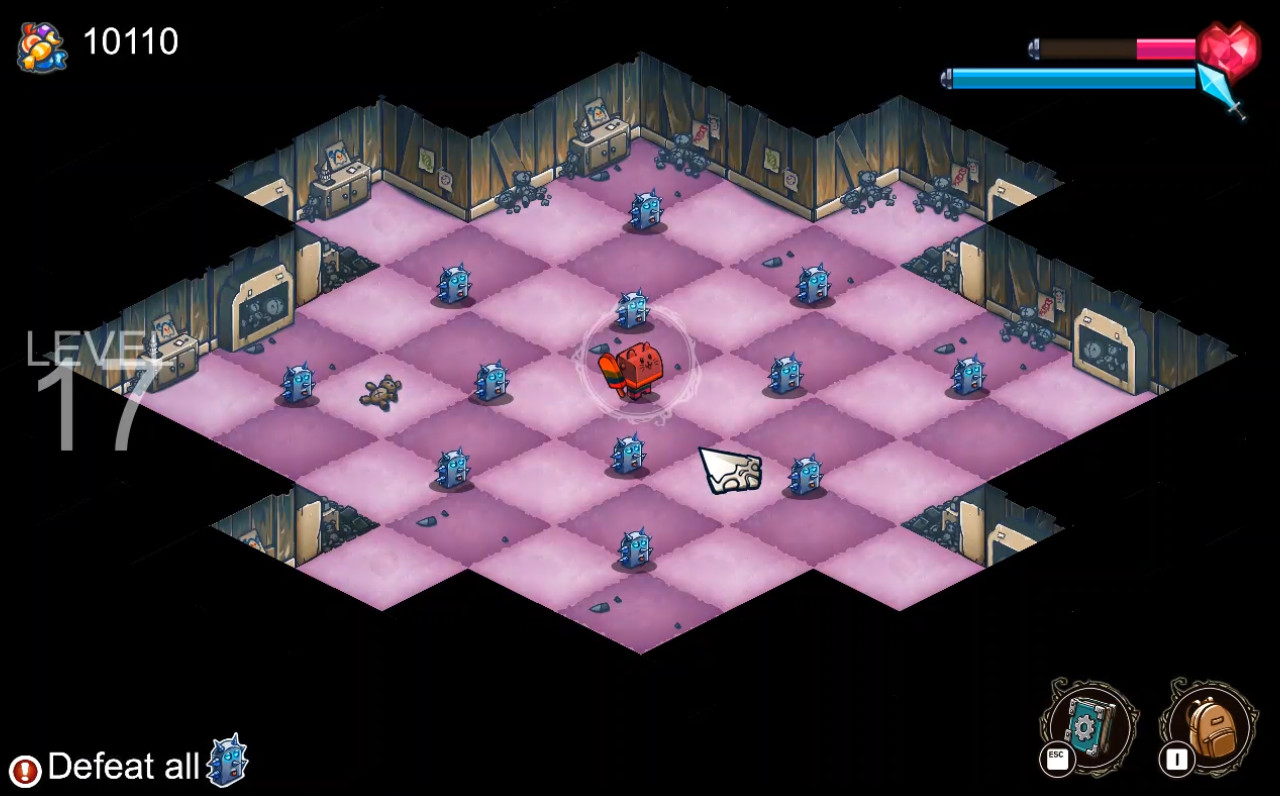 Through the main menu, we have access towards a variety of resources. The main resources are shops, three main merchants that sell us goods and upgrades in exchange for our candy collected. It is important to note that it cost candy to revive yourself after dying. The main goal is to defeat every end stage of each set of dungeons after beating a boss while staying alive. Otherwise, we will run out of candy to upgrade the most important attributes of health, damage, and speed. In addition to a robust, simple upgrading system, we have the grind for loot aspect.

Loot is randomly scattered in treasure chests and by defeating certain enemies while progressing from dungeon to dungeon. These pieces go from adding strength, damage, and health to your overall attributes. Some are cute pieces towards costumes, while others are primarily only used for their statistics. It is a luck based venture in Slashy Hero only meant for the brave and patient of individuals. 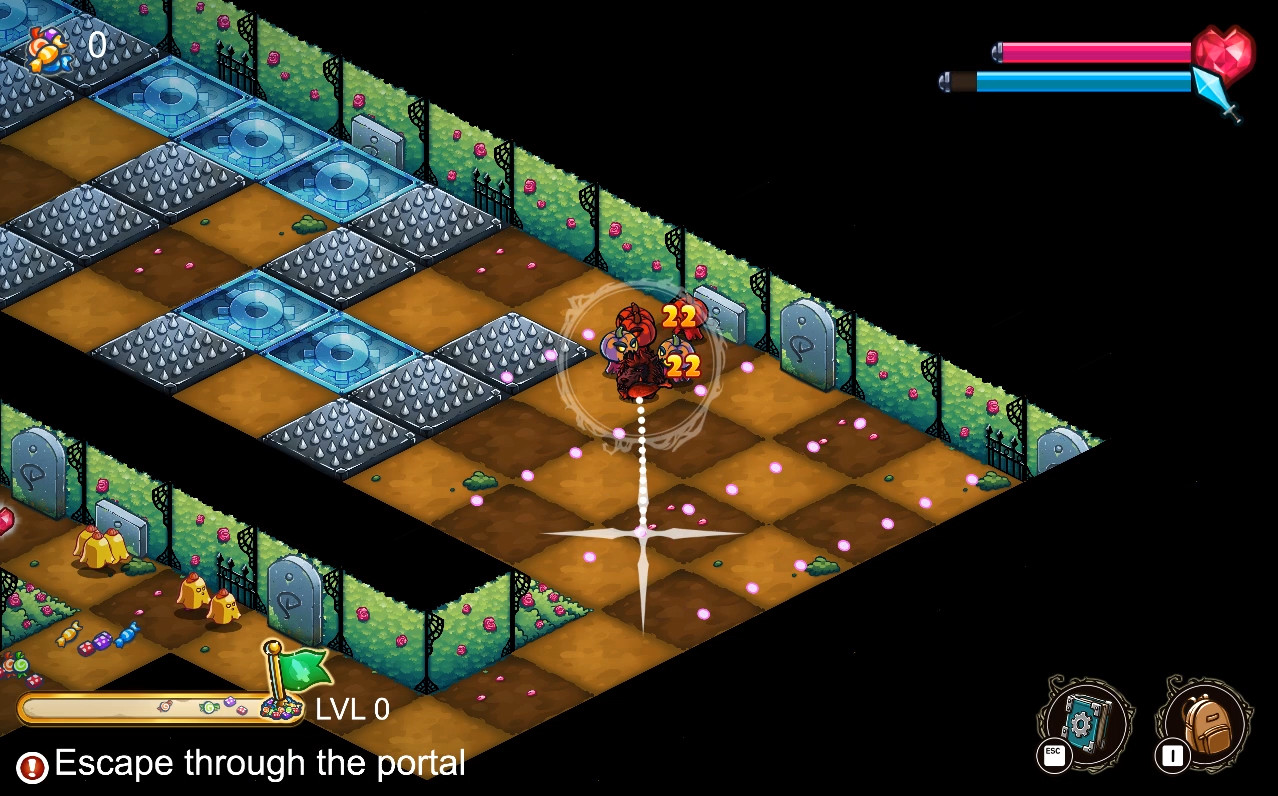 Slashy Hero is greater than your average dungeon-loot-action game while adding the themes of Halloween and line sight direction which most original DS games used at the time of their inception. Likewise, of the Binding of Isaac, it is painstakingly difficult at times to survive but not hardcore enough for the veteran crowd of people with years of experience in the genre.