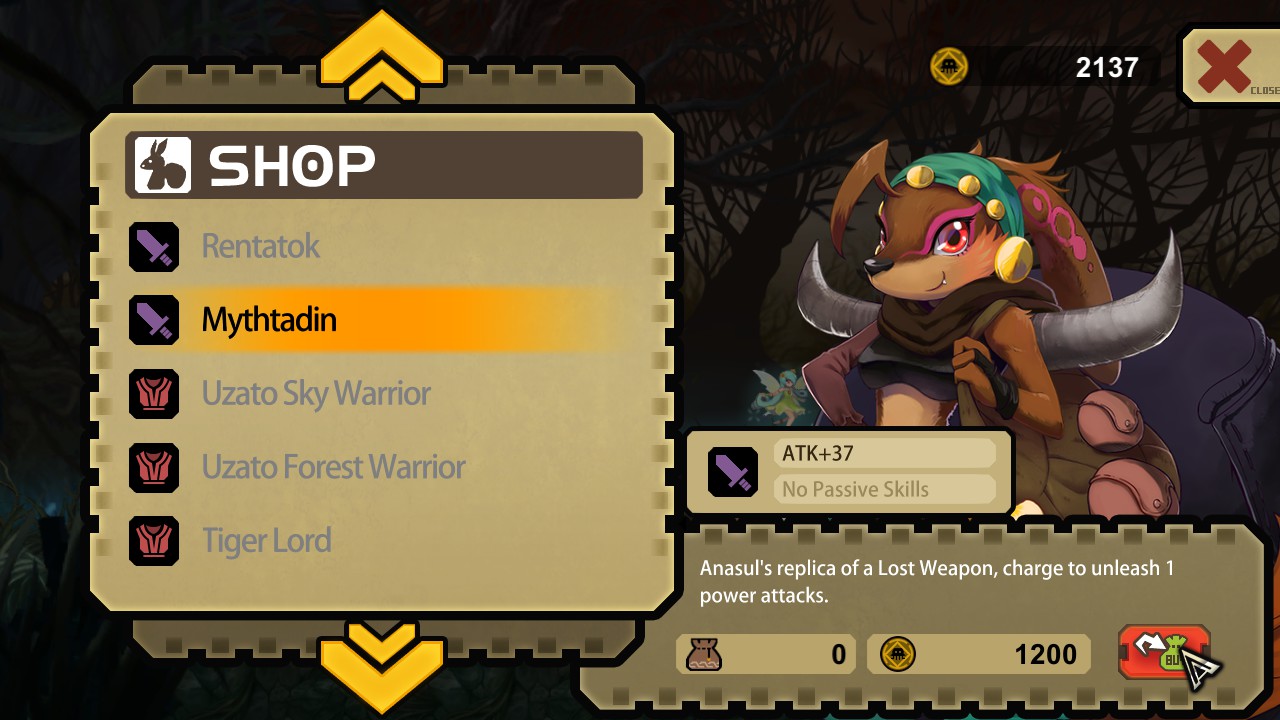 Mushroom Crusher Extreme is, as the title suggests, a game about killing mushroom-like creatures. You do so by using spells that you choose to take with you from the loadout screen before selecting a level to play.

Levels are broken into seasons, though the aesthetic doesn’t seem to change much in accordance to season, and have their own set of enemies to defeat.

After you select your level, you’re thrown into a stage where enemies will mill about. You’re given a set amount of time to kill as many fungi as you can, so get to spell slinging.

You move using the WASD keys and one of four spells via the corresponding arrow keys.

The majority of the game is spent walking around and destroying enemies. You can move up or down, left or right on a grid. You’ll need to dodge enemy attacks by avoiding them, though most enemies won’t attack you unless you’re directly on top of them.

The point is to kill as many enemies as possible before the timer runs out. Doing so will net you a letter grade (you’ll need a C or higher to continue past most stages) and will also decide what new spells you’ll unlock after clearing a stage.

Spells can be bought using spores, the in-game currency. Each upgrade tier will cost you substantially more than the one before it, but upgrading a spell will add damage and range to them.

Single player and local co op only. You’ll share the same keyboard as there is no gamepad support as of yet.

Update: As of December 20, 2016, you can play online. The game also offers full gamepad support.

The game is not graphically intensive by any means and should run on most rigs.

The soundtrack currently consists of an energetic track on loop and there’s a different one for each season.