Before I start the shredding, let me say this one thing: Mr. O’Connor tried. He really did. I can see the work that went into this, and given my record for hammering lazy devs in the past, I don’t dare complain about that. 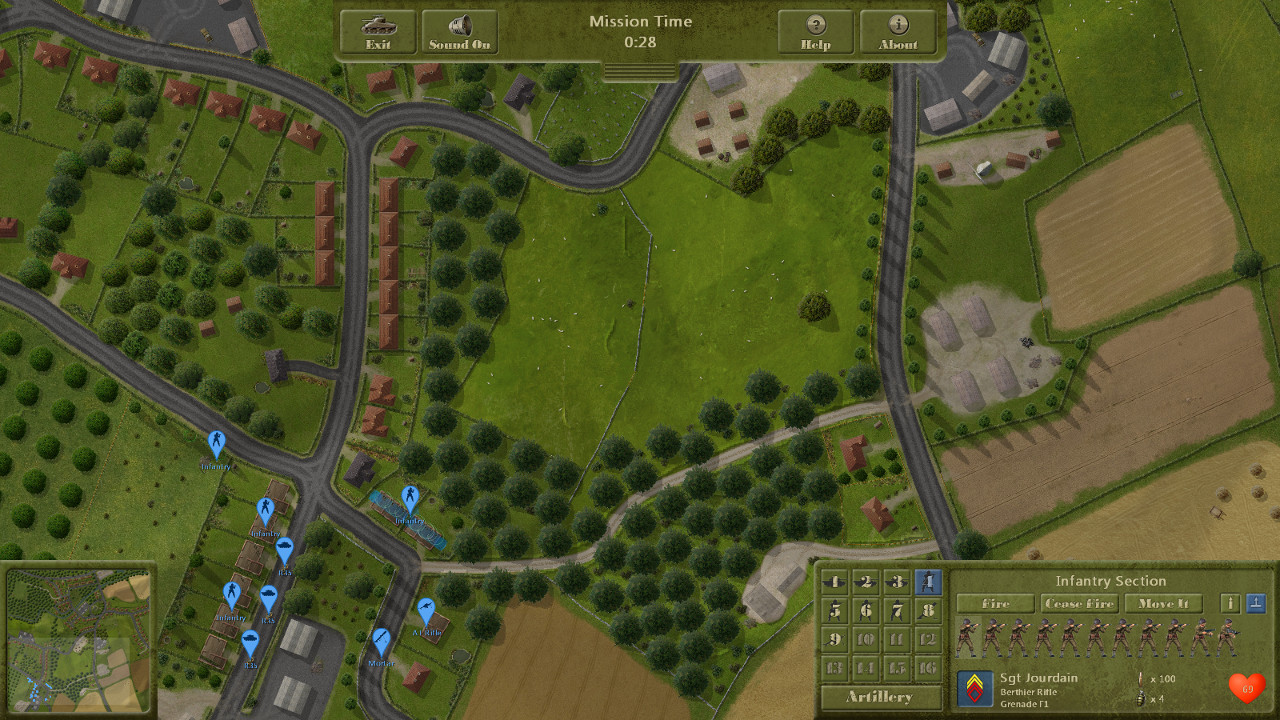 That said, this freshman effort comes up more than a bit short. Yes, things look to be reasonably well-researched, and the game isn’t hard per se, but that makes the muddled mess that is the UI and controls all the more galling. It’s possible to work out what they are based on trial and error, but by that time you’re well into your first mission and half your forces have been slaughtered by bits of destroyed environment. The overhead view is nice and simple, but somebody decided to use line of sight rules rather than the Fog of War—you can see the terrain that your people can’t, but it affords the enemy the ability to conceal themselves after they’ve made their presence known. 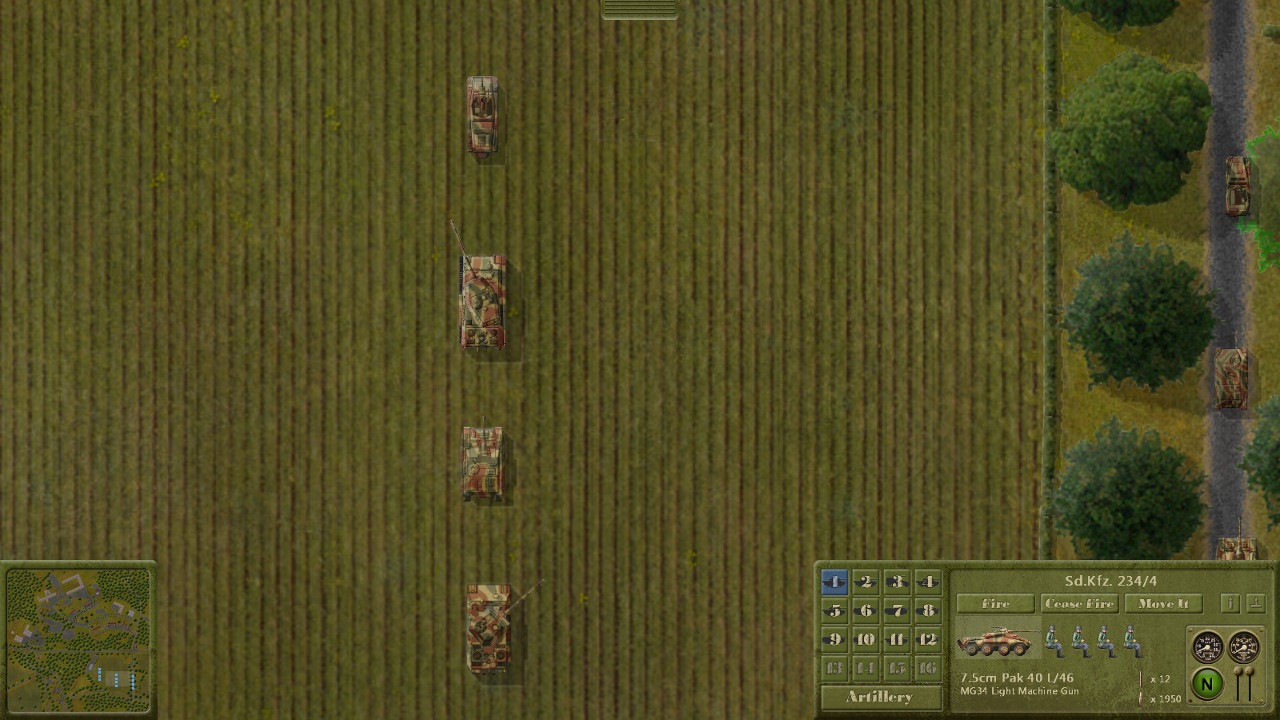 In the time I had to spend with the game, there were a few things that were painfully clear: This game is in dire need of a tutorial. It does not follow the usual conventions for RTS games, preferring instead to make the player worry about facing, targeting, and all manner of other things, one unit at a time. There appears to be no way to tell everyone in the neighborhood to converge on a target, guns blazing. Not that you can tell them to open fire with a click, but three seconds of holding the mouse button down over a set point. It’s an unnecessary time-sink when you should be doing other things. 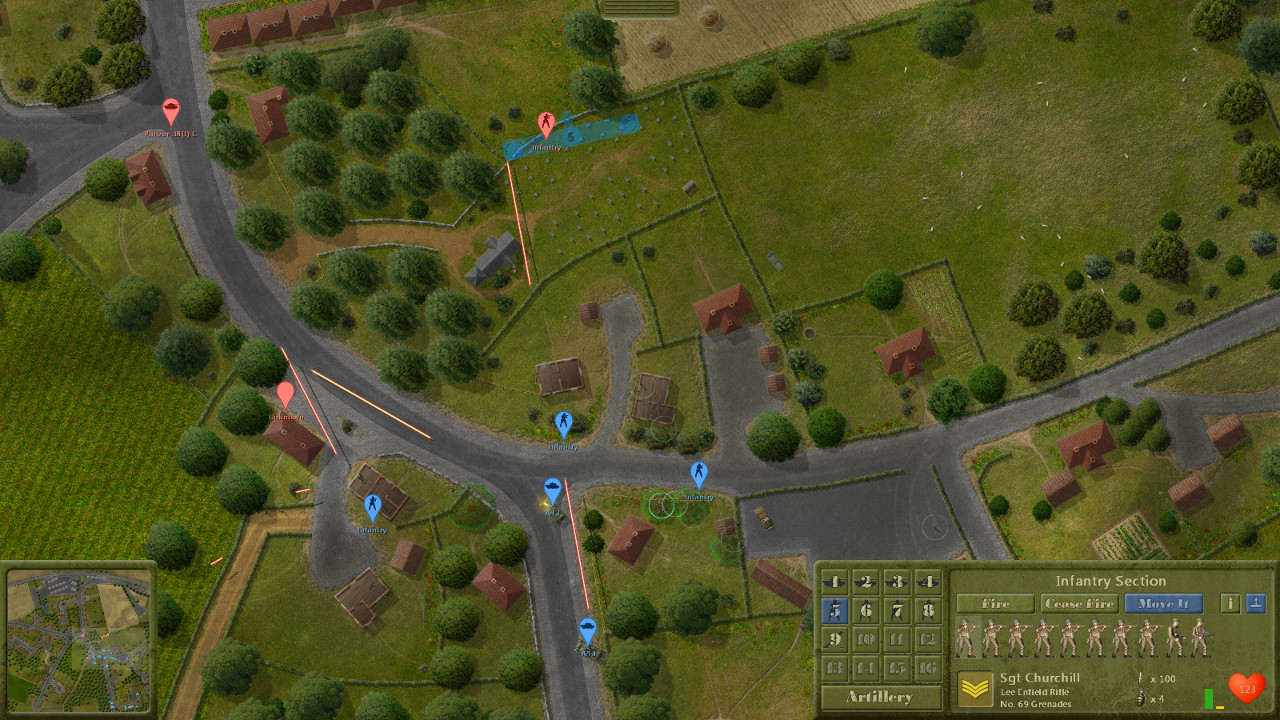 Next, the player AI—the OPFOR seems to have nearly perfect pathing. However, your units will follow a straight line regardless of terrain, particularly vehicles. Foot will go around small obstructions, but never in the most efficient manner. More often than not, they’ll get hung up on hedgerows rather than follow the road to a break that was already made by that tank that went diving into the forest ten meters in front of them.
Yes, he tried to make a war game different from the average DOOM clone. Sadly, in this day and age, that’s already enough to want to praise the developer. If I didn’t know any better, I’d say he was trying to adapt a tabletop strategy game, and stuck a little too closely to the rules of that game to make a successful transfer to the screen. 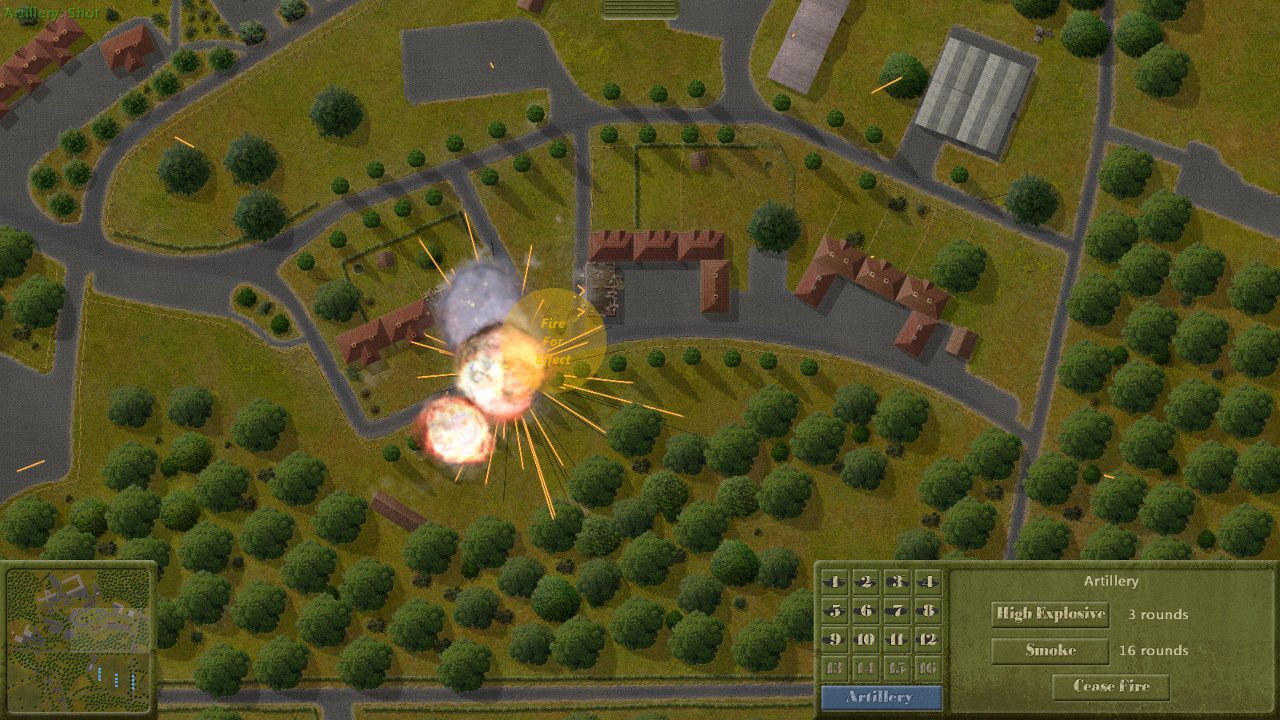 If he’d used something closer to the Starcraft/Warcraft model, with the ability to give orders to multiple units at once, put up resistance when confronted with an enemy on the move, and worked out the pathing on the Player’s units, it would have made for a much better game. It’s got promise, and much as I hate to say this, a bit more consciousness to the standards set for specific game types in the industry, I can see it being worth the ten bucks.
As it is, I’d have a hard time recommending it at half that. My score: 46/100. It needs work, and it seems like making this really good would be possible to accomplish if the dev is willing. Also, ditch the mobile-style controls. It’s not a fun way to do things when you have a mouse and keyboard to abuse in any way you see fit. It’s a bit below average as a game, but it’s competent software—no major bugs beyond what’s been reported. Maybe a way to get out of a map once you’ve started it? That might be a really good move.