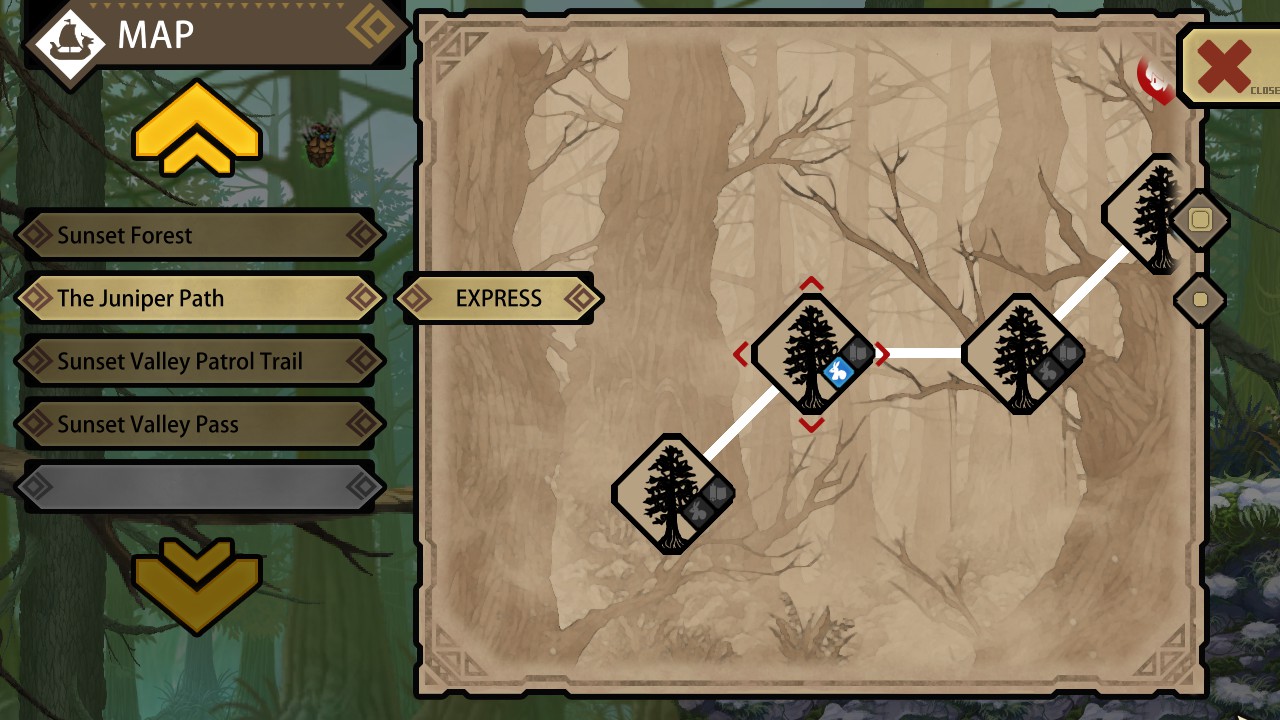 Occasionally, you came across a game that has been developed in a way that feels new and refreshing. They take a look at something, and decide they’re going to do it in a different way. Anton Riot the developers behind Don’t Open the Doors! Have created the entire game using claymation animation. Over 8000 photos and an incredibly large amount of hours’ worth of work have all gone into making this completely hand-made game. 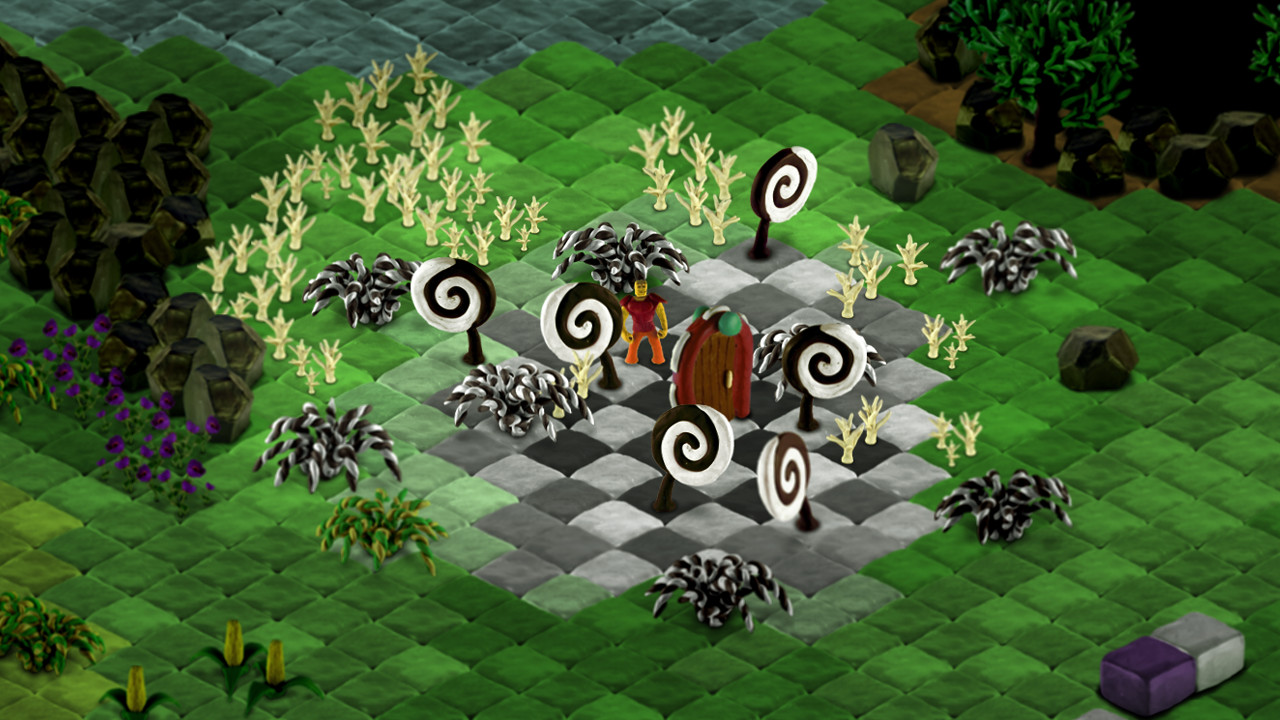 So what is Don’t Open the Doors!? Well it’s an open-world, isometric puzzle, adventure game full of weird characters, pumpkins, bugs and doorways.  These doorways appeared everywhere overnight and caused everything near them to become either talkative or overly violent or both. Armed with your trusty hammer it’s up to you to get to the main door and blow it up, hence saving everybody. Hoorah! 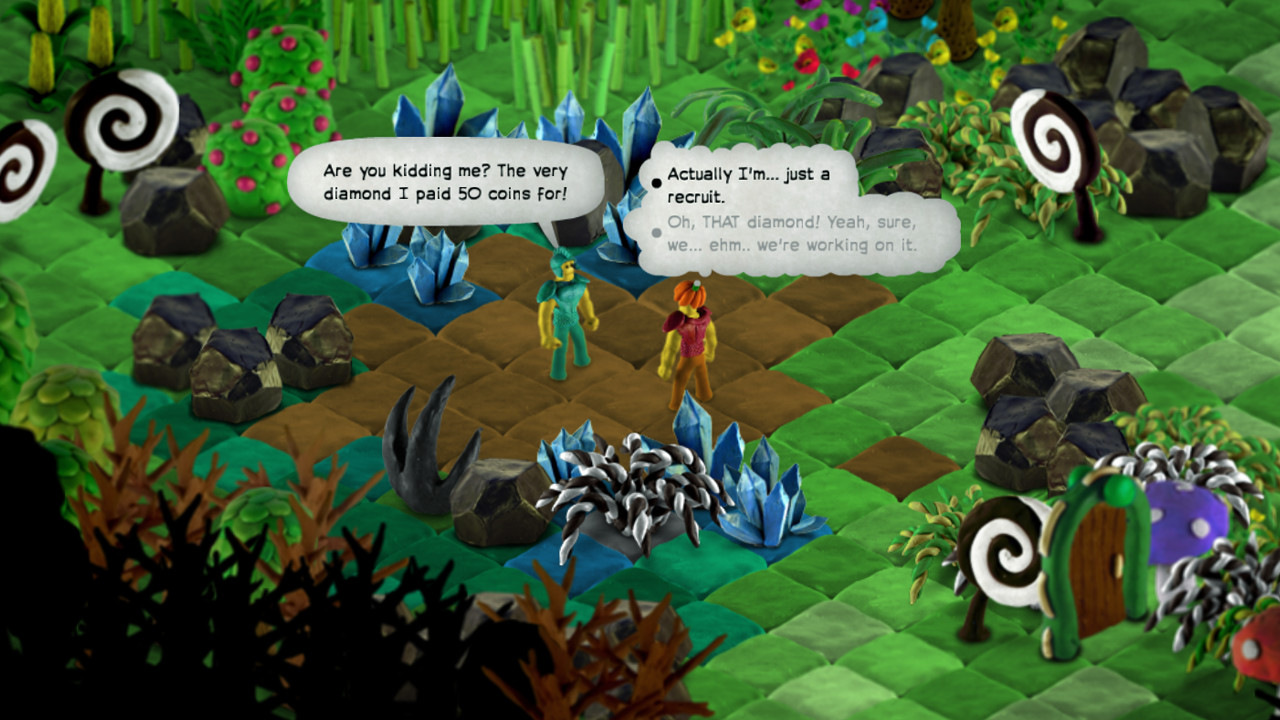 The game starts off at a fairly slow pace in the way you’d expect an adventure game to start off. You’re given a bit of story, and then you’re asked to visit certain individuals who want you to go off and explore areas and bring back certain items. It’s pretty standard stuff.

As you progress through the game you’re introduced to the various elements of the game. First your given chance to get used to basic isometric controls then you go off to find a hammer of combat, including hammer attacks and boss fights. There are of course the standard vendors for you to buy lifesaving items and to unload all your crap on to. 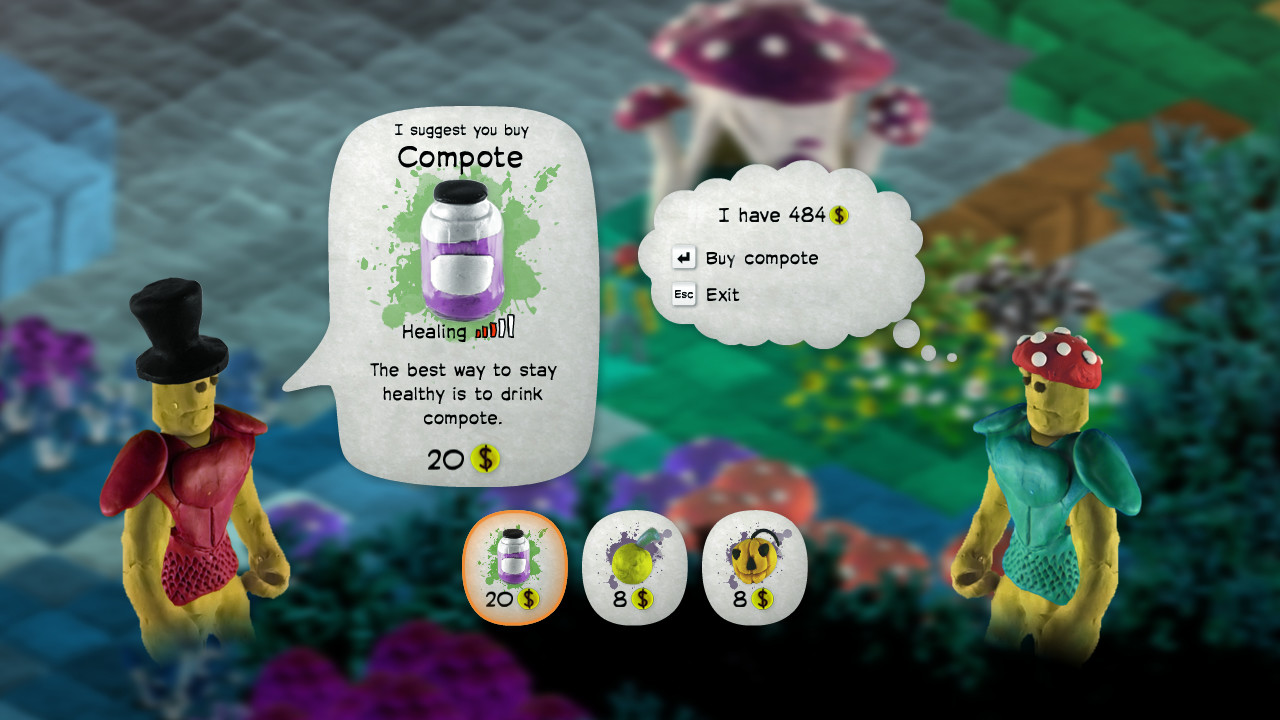 Once the game opens up you start coming up against some pretty interesting bosses. I really enjoyed fighting the giant pumpkin boss, although a popcorn gun would certainly have made this fight easier. I was stuck with using a hammer.

At times the conversations that take place between the main character and the other characters sometimes jarred little with me. I couldn’t quite get on with the language and the way that the characters spoke. Whether this is intentional or not, I couldn’t quite fathom out but after a while I found I was just reading the gist of the text to figure out where I had to go next. 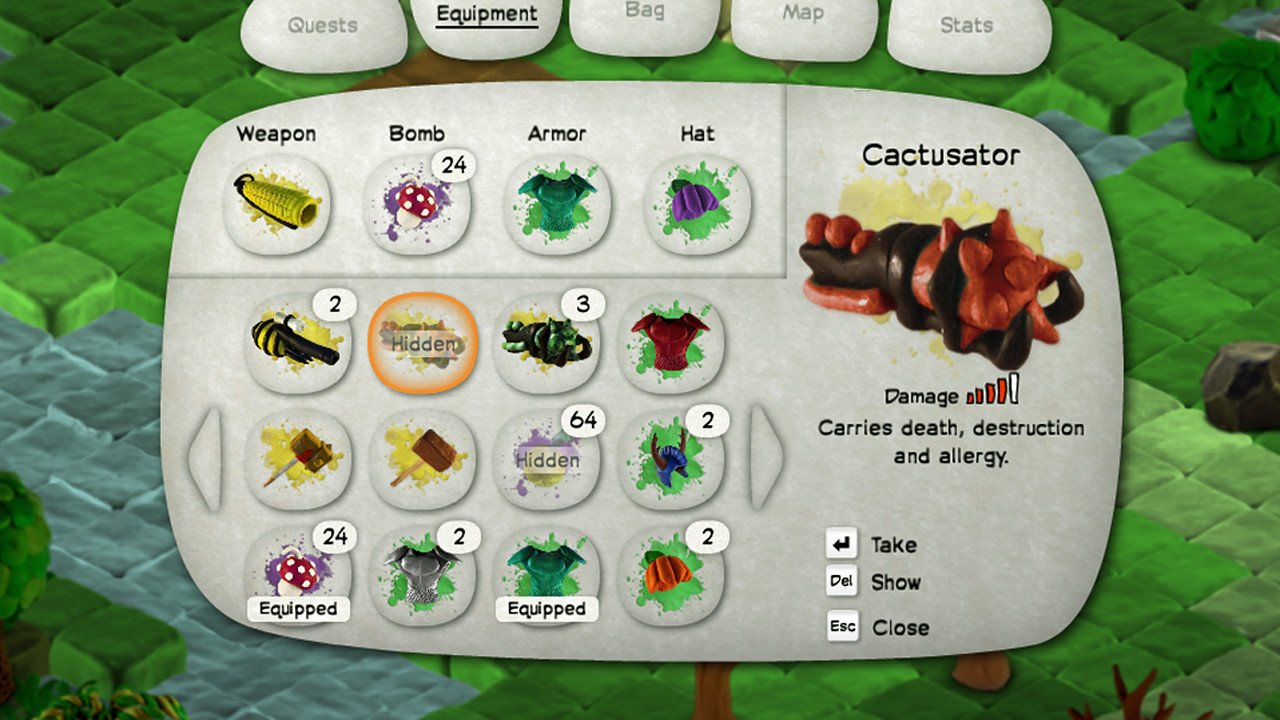 The best part of this game is the unique Claymation of the graphics. The whole game looks like an episode of Morph, and I love this part of it. Because of this style the animation feels more fluid and in a weird sort of ironic way more believable. The levels look varied and there is a great visual difference between the worlds that lie behind the doors, albeit the majority fit the various environmental tropes of adventure games (ice, fire, mushroom cave etc.)

DOtD is not a difficult game. Occasionally you may get lost or not quite realise which door you should be going to, but this isn’t a difficulty just a minor frustration. There is no real danger from dying from the enemies and no instant-deaths that I’ve come across as long as you’re careful and take full advantage of the various health recovering items and ammo dotted around, the difficulty isn’t an issue. Although the lack of real challenge could be a problem for some people. 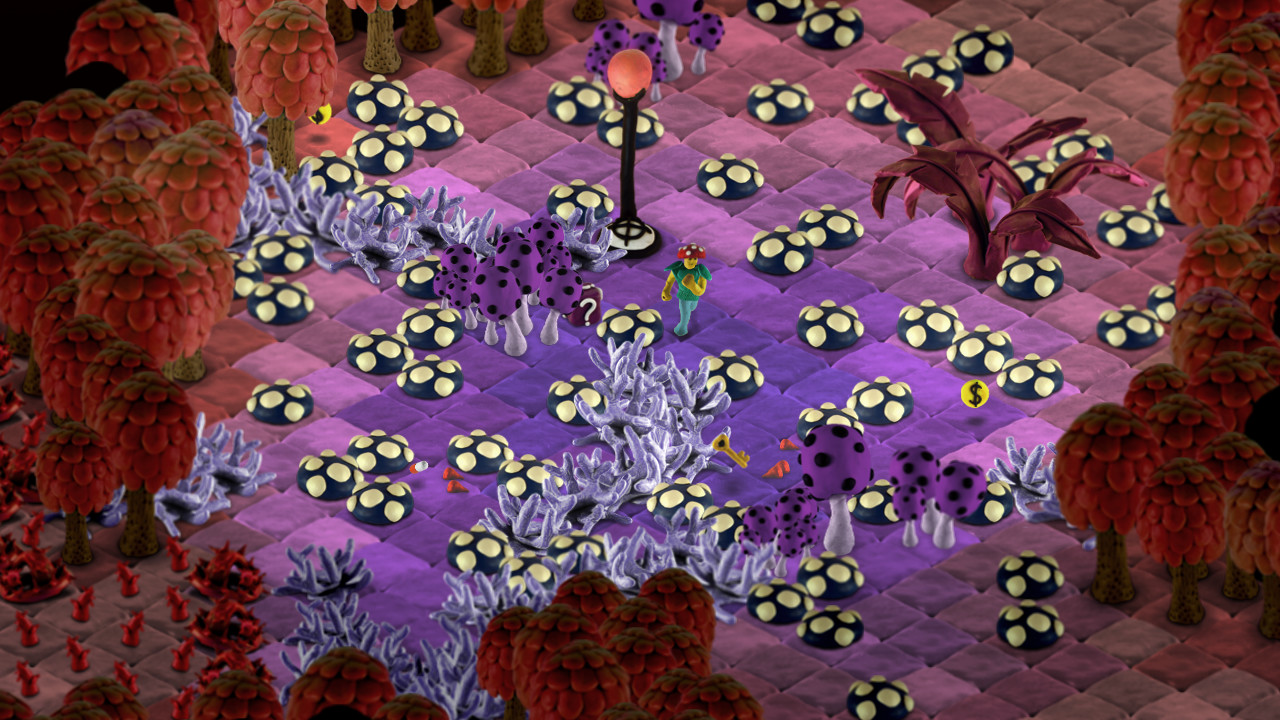 The die-hard completionists will probably want to keep going through this to get through the end and finally stop the final door. There can’t be many people who don’t like setting off virtual mega-bombs, right? Oh, might just be me. Casual players may find it more of a chore getting through the game, and there are no real reasons to come back once you have completed it. Don’t Open the Doors! is a game you’ll play through once. 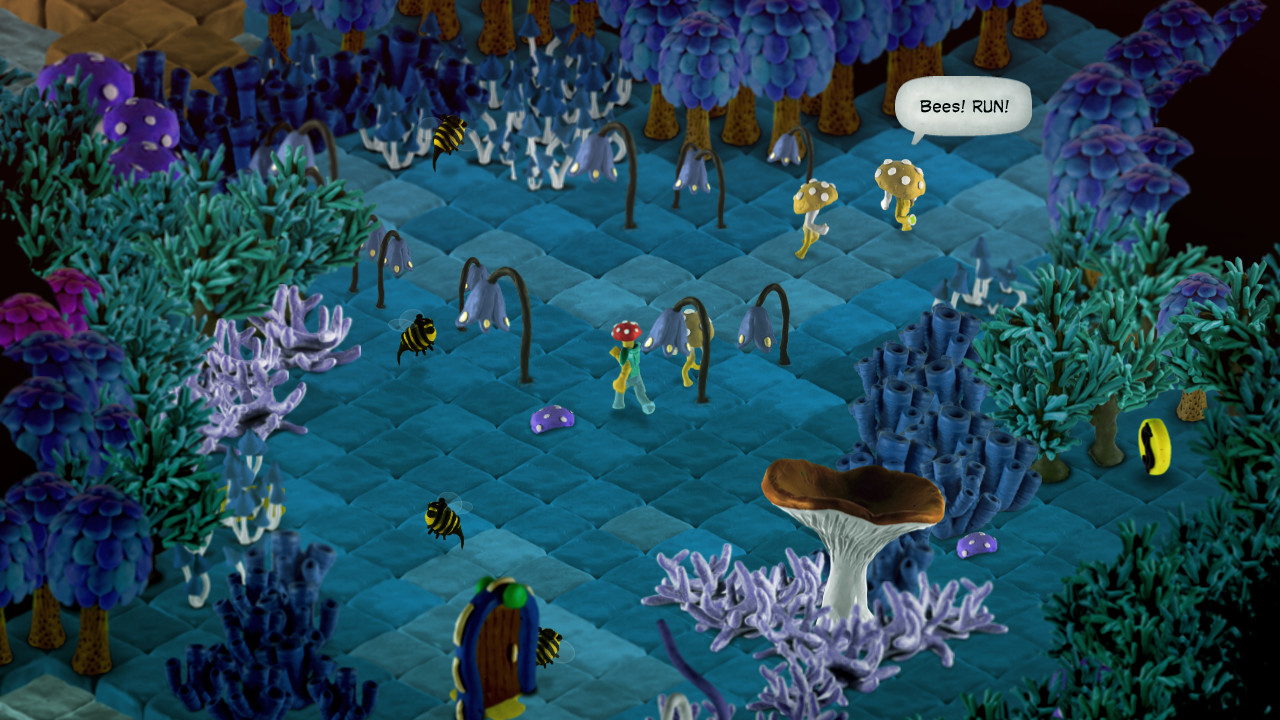 The issue with Don’t Open the Doors! is that once the shine of the Claymation style has worn off the game doesn’t give you enough good reasons to stick around. Sure, there are some quirky enough features, but wandering through the various doors hitting things with a hammer or shooting popcorn at them soon loses its appeal. Although, big kudos for the sheer ingenuity of the graphics and it’s still worth playing just to see them.