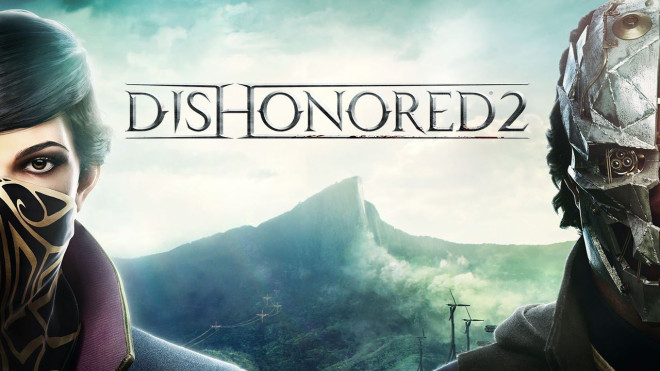 Dishonored was a surprise hit with its unique art style, compelling story and dynamic gameplay at the intersection between Thief, Deus Ex and Dark Messiah. Needless to say, the announcement of a sequel was exciting.

While Dishonored was developed by Arkane Studios on the Unreal Engine 3, Dishonored was made on the Void Engine which is Id Tech 5. Whether this was done to allow for bigger environments or as a push from the publisher Bethesda to avoid paying royalties for the Unreal Engine, we can only speculate. However, the result is flawed to say the least as this was a catastrophic release and the game is plagued with framerate issues. Doom 2016 is on the id Tech 6 engine and runs much more smoothly. Beware if you plan on buying Dishonored 2, you might have to lower your settings even on a good system if you hope to reach 60 frames per second. Thankfully, patches quickly rolled out are gradually fixing the worst of these issues

While we are on the topic of dubious decisions by Bethesda, I would like to mention their policy of preventing reviewers from accessing the game until one day before release. This is a dirty move to maximize the number of people pre-ordering while they are not aware of the potential flaws of the game, because positive marketing is of course easier to control than wild reviews. Bethesda justified this by how well Doom was received, but Dishonored 2 and its bumpy release proves them wrong and exemplifies that it is more than legitimate for the customers to be informed on the state of the game on release.

To finish on the topic of negative criticism, the story of Dishonored 2 is not very compelling. Once again, the protagonists have their honor tainted and want to get revenge on the miscreants that planned the plot. Except that things happen too quickly at the start of the game without giving the player the time to know the characters and care about them. While I do not advocate for lengthy beginnings full of cutscenes, at least the tutorial could have been a mix between ruling, getting to know the characters and nightly rooftop escapades. If it wasn’t for the incredible art direction, I would not have been immersed in the game at all.

The art direction is great. At first I thought that I would regret leaving Dunwall, the Victorian city from the first game. But the new one, Karnaca, managed to seduce me just as well. Inspired by some Mediterranean cities from Southern Europe, the buildings are majestic and the streets are teeming with life. There are some impressive vistas to behold, and the sea is simply beautiful to look at. However, the main reason why I liked Karnaca became the level design.

Astonishing. Impressive. Incredible. Keep adding superlatives for me, will you? This is what I think of the level design. Oh, I have another word. Superior. The level design of Dishonored 2 is brilliant and probably the best one I have ever seen in a First Person Shooter. The areas are big both horizontaly and verticaly, and whether the level is a district or a mansion they make sense and propose very organic ways to progress from different angles while still controlling the direction in which the player is supposed to move. So much more subtle than Call of Duty corridors or Deus Ex convenient ventilation systems. There are even levels that can change in real time, further expanding the depth of the layout. And what a sight to behold! I love it so much when games do this.

The level design works in perfect synergy with the abilities and play styles the player can choose from. Complete stealth without the use of magic, powers to help infiltrate everywhere or lightning-fast combat (lethal or not). Everything is completely valid and proposes a very solid experience to the player, and is even reflected on the character (optimistic or cynical) and to some extent the levels. This time, it is possible to choose between Corvo and Emily, and furthermore to reject the acquisition of magic powers. The progressive step towards equality of the sexes does not end there, as there are also female guards and high profile targets.

Powers can be upgraded by finding runes in the levels, which adds a layer of exploration. While in Doom 2016 I thought that the exploration was forced on the player to acquire weapon mods and it was a mistake that broke the flow of the game, in Dishonored 2 it is a joy because there are many hidden rooms and stories to discover. They keep grabbing the interest of the player, thus exploration is already a reward in itself. And it is less a game about combat flow than Doom, even if the combat is pretty good just like in the first Dishonored. That’s something that stealthy games usually get wrong, so congratulations to Arkane for such a dynamic two-handed combat system with blocks, parries, deflects, slides, shooting, sniping and so on. Each attack can be replaced by a non-lethal equivalent without breaking the flow. The powers are just an additional flavor and are not required to have fun since the core fighting system has such a great feeling to it. And just when the basic guards start to become too easy, the game throws mechanical soldiers and otherworldly assassins at the player to keep the challenge up.

My only small gripe is that dead enemies cannot be dismembered anymore, and that many items seem too solid to break or move when attacked. In a game in which my main means of interaction with the world is the tip of my sword, this feels a bit disappointing. Still not as bad as Doom 2016 bodies disappearing (Seriously id? Why??).

If you have never played a Dishonored game, here is a short diary of a play-through: “As the former Empress, I need money for upgrades and thus I steal from the safe of some sort of newspaper agency. The code was just lying around, they were just asking for it. At first I feel bad, but then I read notes that they were promoting conspirators and hating me, so I feel better about it. I clear the rest of the building from its bloodflies (big nasty mosquitoes hatching in bodies) and proceed to the next area when a guard surprises me. I swiftly parry his attack and my riposte beheads the poor fellow. His colleagues notice the commotion and two swordmen rush me while their officer is shooting at me from a distance. I deflect her bullet but it allows one of the guards to land a hit on me. I abandon finesse and gun them down, then run towards the officer while sliding to avoid a bullet and kick her leg before impaling her on my sword. So much for discretion, someone rang the alarm. I use my grappling hook power to reach a balcony and avoid being overwhelmed in the open, then stealthily kill the reinforcements with my crossbow. I am not playing like an invisible ghost, I am here to rid the world of all those that oppose me, their rightful Empress!”

In conclusion, the bad optimization of Dishonored 2 taints an otherwise great game. Splendid level design and excellent game mechanics allow a seamless transition between stealth, exploration and combat – all of those are even better than in the first opus. The art style manages to carry the sequel towards unique landscapes and enemies once again. The story failed to immerse me, but at least the game gradually reflected my playstyle, meaning that everything in Dishonored 2 is really about player agency and choice.