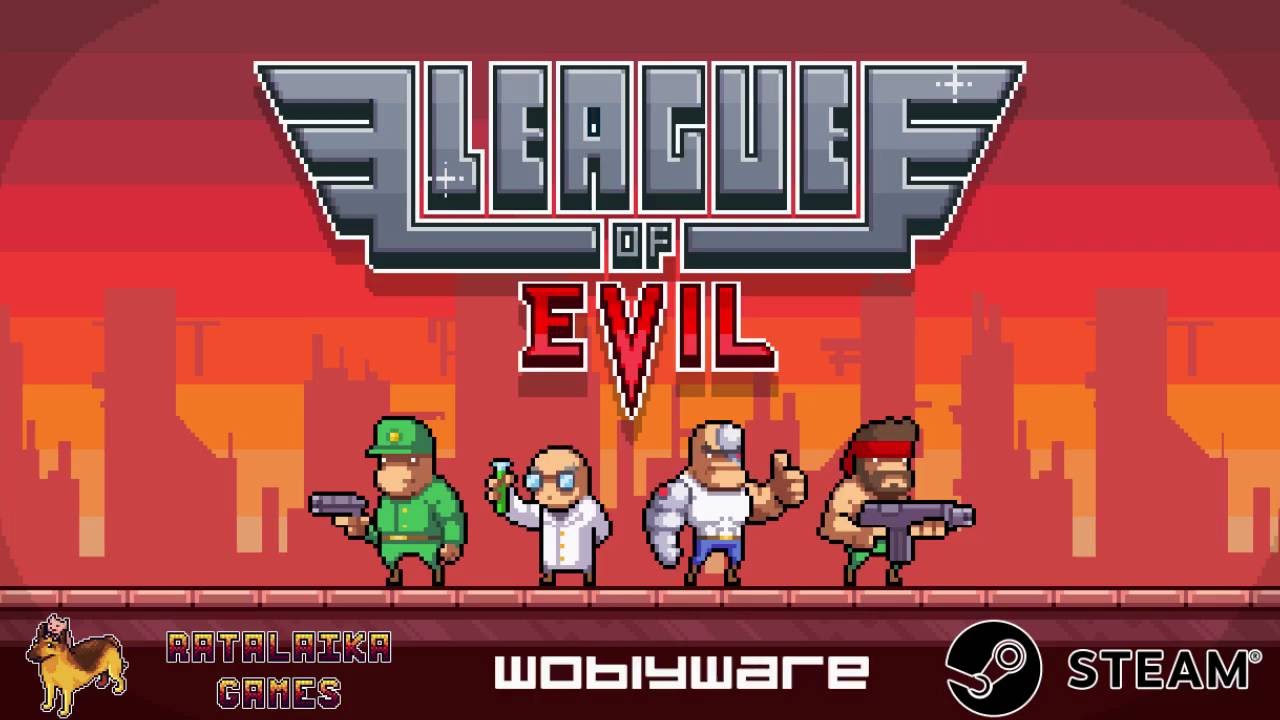 Scientists from all around the world have united under the banner of the “League of Evil” to create weapons of mass destruction. As a scientist myself, I thought I could join their ranks. You can imagine my disappointment when I discovered that the game is about punching scientists to death. 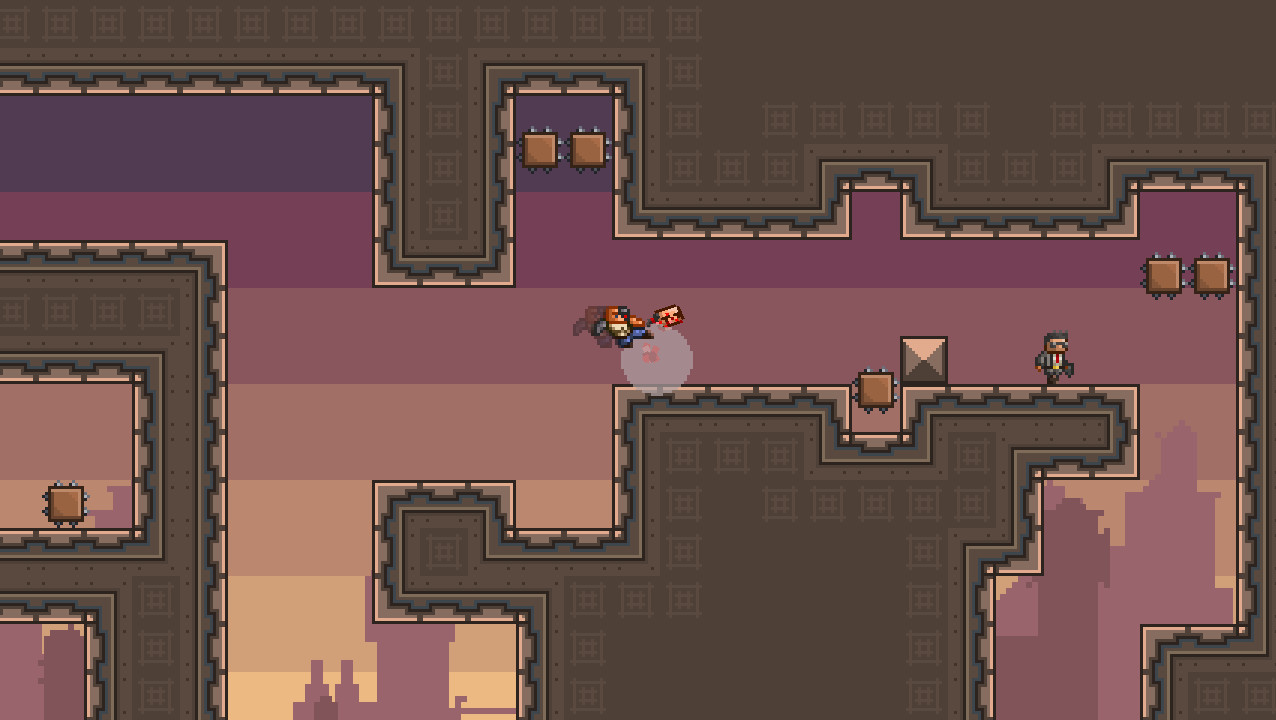 League of Evil was released on iOS in 2011 and was hailed by the critics. A few sequels followed suit. Five years later, the game makes its debut on PC. Different machine, different market, different audience and different competition. Let us see how League of Evil fares on our systems.

Considering that it is a port of a mobile game, it is appropriate to open this review on the technical prowess of the game. I won’t keep you in suspense any longer – it’s not brilliant. Higher resolution are lacking for widescreen, as it stops at 1280×720. Thankfully not too big of a deal since the game is in an 8-bit style in the first place. There are no sliders for sounds, and since the music was irritating me I had to mute the game in Windows. It is not possible to rebind keys, only a few language layouts are available. Arrow keys are used to move, X to jump and C to punch. I would like to use WASD which is the modern standard, and W/Up to jump since Up is not used for anything else anyway. Finally, there is not even a Quit button in the menu, although pressing Escape works. At least, the game seemed to run well without crashes and bugs. 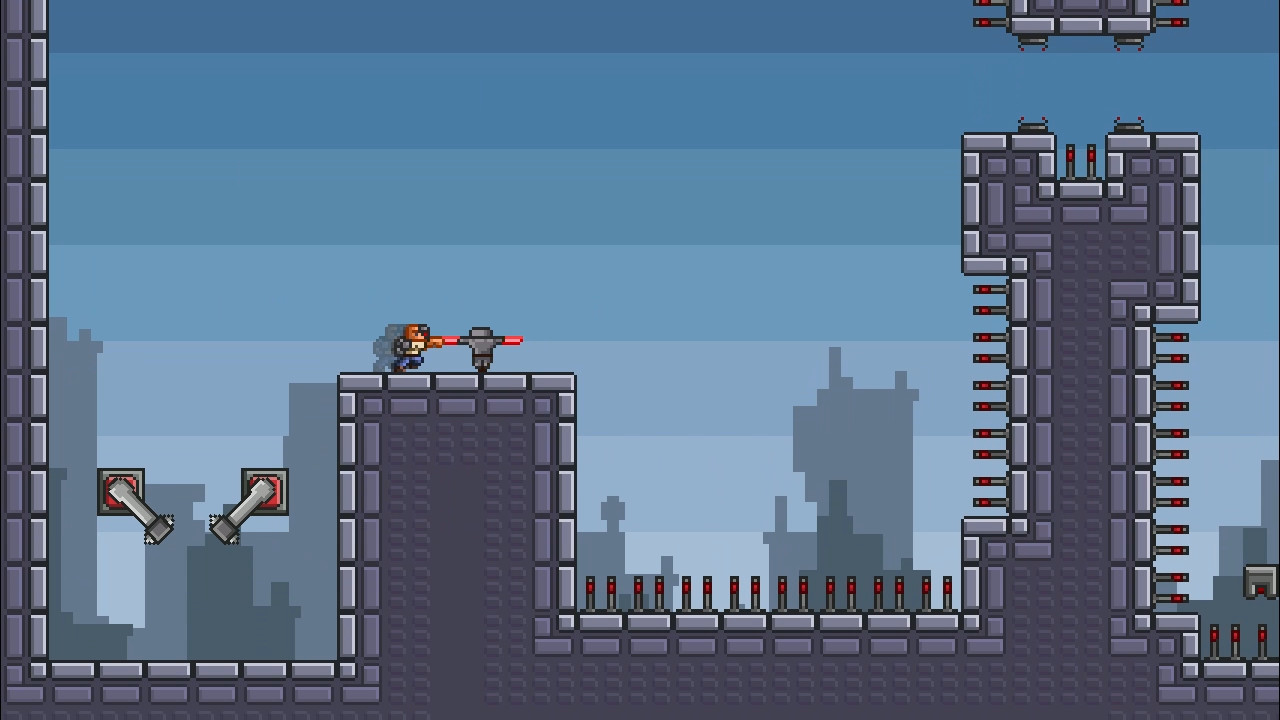 The game is constituted of 140 levels divided into 4 chapters. This is not an adventure game with a story or exploration, the levels are self-contained challenges. As is often the case for these tough platformers, the players’ time is recorded and only a very quick run will award 3 stars. However, there is no leaderboard to compare time with friends or globally. A level editor is available to create and share new levels, but even without custom levels there are already quite a few hours to be squeezed out of the game. If that is what you desire.

I must admit that I had enough of League of Evil before even reaching the end of the 1st chapter. While the massive number of levels could fit quick sessions of play on mobile, on PC we tend to play for longer at a time, and this does not seem to work well with this game. There are many levels, but very little to differentiate them from one another. There is quantity over quality here, and there was no incentive to keep me going.

Characters are cute, but the blocky levels are not a pretty sight to behold. Everything is quite barebones. When the player dies, the character just disappears and a few pixels splash out, which is very unsatisfying. I would have liked to see custom deaths for the different traps. At least it happens quickly enough to get right back in the action. Conversely, punching the eggheads to end the level is very satisfying, a nice pay-off. 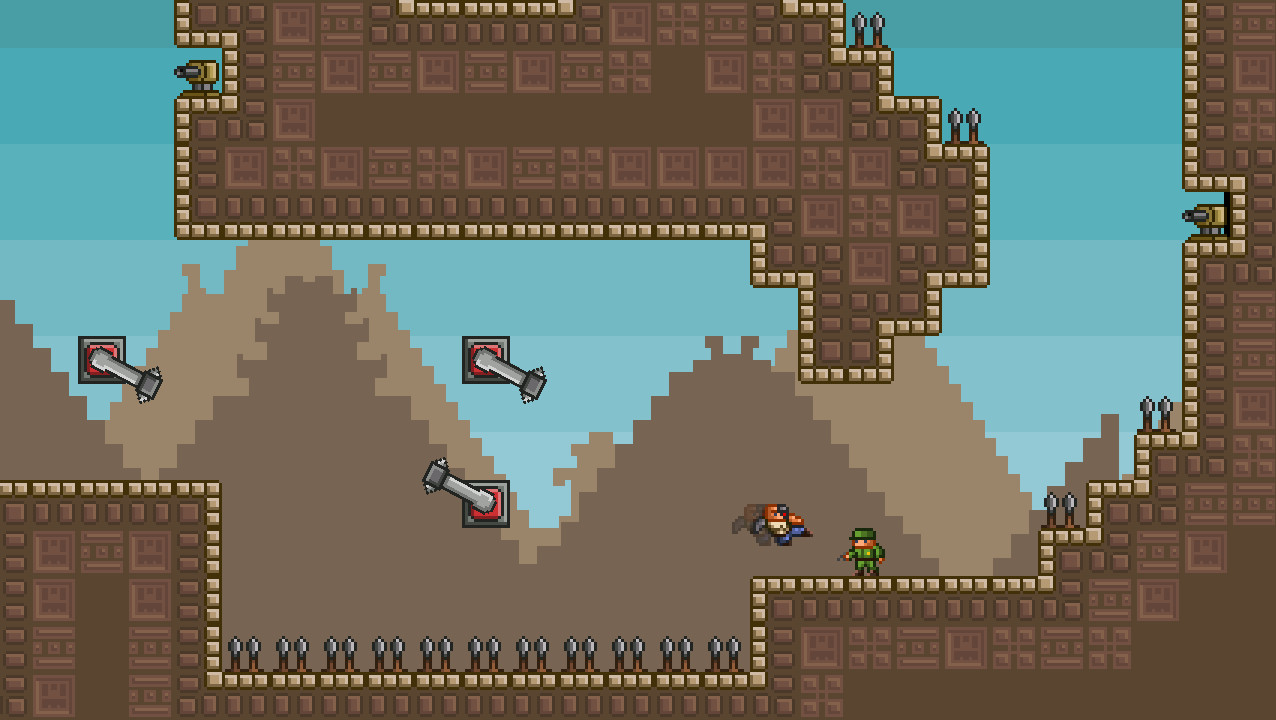 The game mechanics are the one thing I will praise about this game. Everything that I like to see is in there: jump, double-jump, wall sliding, wall jump, dash (which is the punch attack and can be used to extend a jump). The core gameplay does redeem this game in my eyes, as it is quite solid. However I still have a few nitpicks. First of all, walking past a ledge only grants one jump and I was often surprised why in some places the double jump did not work. Well, the first jump had to be done right when the feet were still touching the platform. A few pixels after that and that one jump you think you are doing to get off the platform is actually counted as a second jump. A bit annoying. Then I also felt that the character was sliding after landing, and it turns out that even though I stopped forcing my stick in one direction the game would not acknowledge a full stop until the stick was back to the center of the axis. I ended up using the D-pad to avoid these issues and gain in precision, because the game is not a walk in the park.

There are the usual spike traps to avoid, but the game makes a big use of the rotating mace, which is not so common. It is possible to time the mace to jump on the platform it rotates around which can lead to some really cool moments. And also some frustrating moments when there is only one tile of space to move in. Other obstacles can be enemy soldiers or turrets, and it is quite nice to be able to clear through them with a punch unlike many games that have unbreakable threats. 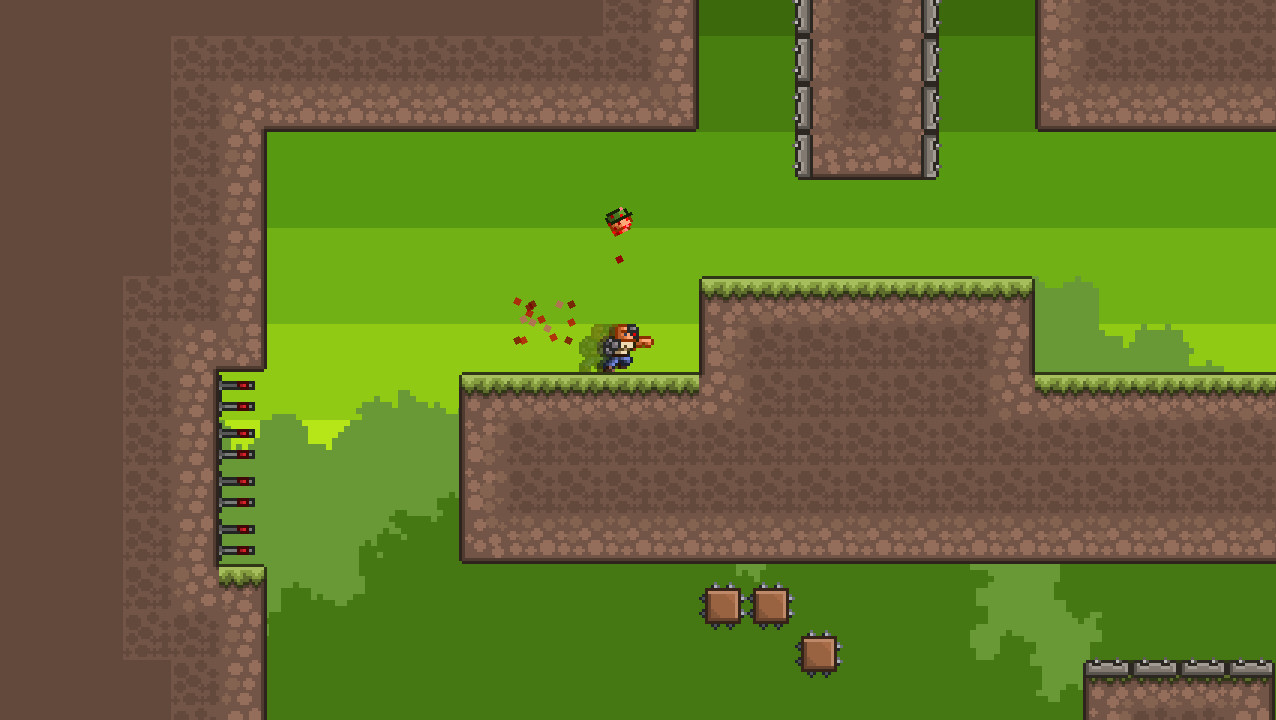 As a conclusion, League of Evil has a solid core gameplay but the rest of the experience is clearly lackluster. The levels are quantity over quality, and there really is nothing that makes the game stand out on PC. The game is cheap even though more expensive than on mobile, but there are already tons of cheap platformers. I would only recommend the game to completionists, they have plenty of material ahead of them to strike three stars and get achievements. Otherwise, as an evil scientist I must do my utmost to protect my kind and suggest to give a pass on League of Evil. Quite disappointed to hear so much praise from the mobile crowd not translate into a good PC title, but the market and expectations are totally different.