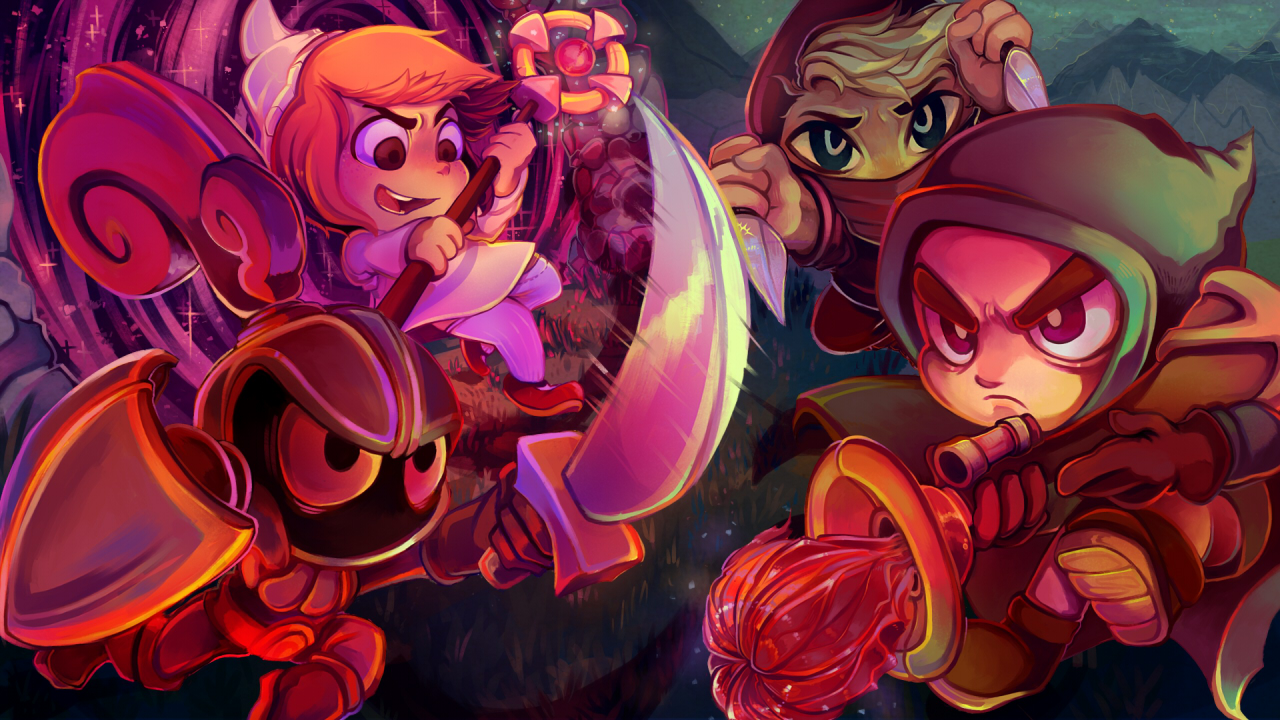 Every so often (although not enough, I’d say), you encounter a game, on Steam or otherwise, that’s a surprise. One that doesn’t look like it would be any good, but manages to prove you wrong due to having good gameplay, an interesting story, what-have-you. Sentry Knight Tactics is one of those games, provided you’re not turned off by the odd title.

My first impression looking at the game’s store page was that it was a mobile port: it has the cartoony look to it, and the gameplay seemed like something designed to be played on a phone. That turned out to be a bit inaccurate, as Sentry Knight’s origins are as a flash title, produced by Armor Games. Now that might not sound much better to you, but there was clearly a great deal of care put into this port – rather than being completely bare-bones like some other games, the settings menu has a great deal of options, particularly for video. You can toggle particles, shadows, screenshake and weather to name just a few. I have a pretty decent computer so it’s never dipped below sixty, but this tells me they really cared about everyone being able to play their game, which is a good first impression.

That continued as I actually started the game. Sentry Knight Tactics is a real-time, squad-based RPG not unlike Dawn of War 2 or Company of Heroes, albeit in a lesser format as you only have four members to control, not counting any guest characters who join you. At the start you have Knight the tank/damage dealer, Priestess the healer/buffer, and Marksman, who handles ranged attacks. After the initial area you recruit Rogue, who also attacks in melee but is more of a glass cannon. Those aren’t typos, incidentally, as all of them don’t seem to have names beyond their profession.

The game’s combat is what made me think it was a mobile port at first. You select members of your team with the left mouse button, and move or target enemies with the right one. It’s definitely something that could appear on mobile, but it controls well here, and there’s several hot keys to select heroes if you need to do so quickly. Which you often will: each battle has multiple waves, and while the ones you run into on the overworld are as simple as you’d expect, fights in dungeons (which are essentially just gauntlets of battles) can be tricky and keep you on your toes. You’ll contend with enemies that can trap you, attack from range, heal other enemies and spawn more, and of course bosses, who have a lot of tricks up their sleeves. Thankfully if you’re not used to this sort of gameplay, there’s also an easier difficulty option available.

Naturally like any good RPG, you also have experience and loot to consider. Like the rest of the game, both are streamlined. The party gains experience as a whole, and each member gets a skill point to use when that happens. So it doesn’t have that moment of frustration where you beat a boss right after a party member dies and doesn’t get experience. Of course, if you ask me those moments are part of the experience of most of them, but that’s what you give up sometimes for convenience.

After every battle you get at least one bag of loot, which may contain vendor trash, equipment, or items that can heal or boost characters in battle – these get used up automatically when their conditions are met, which is a little annoying since you have to equip them first. That means you need to know when a fight is coming up where you’ll really need them, and the game doesn’t really warn you if the next fight will be against a boss. Equipment can be upgraded using scrap you find, or collect by breaking other equipment you don’t have a use for, which is nice. Every weapon or armor can be upgraded up from ‘Common’ to ‘Legendary’, which offers bonuses like potentially restoring the Priestess’ life for however much she heals, or a damage over time effect when the Knight hits something. So while it’s not exactly Grim Dawn with what you can pull off, there is a sense of progression.

There are still some things I don’t like about the game, though, along with stuff others might not care for either. The game’s cutesy art-style is one I can tolerate, but I could perfectly understand finding it offputting. The dialogue also has that elbow-nudging style of writing where it knows it’s a video game and doesn’t shy away from letting you know it knows, meaning there’s jokes like the Marksman getting confused at the Priestess’ blunt tutorial. I don’t mind the fourth wall being played with, but I’ve seen humor of that sort done better elsewhere.

Overall, I would recommend Sentry Knight Tactics. It’s not a revolutionary game in any respect, and isn’t trying to be, but not every RPG needs to be sixty hours long to be worthwhile. If you’re in the mood for a bite-size example of the genre, I think it’s worth a look.