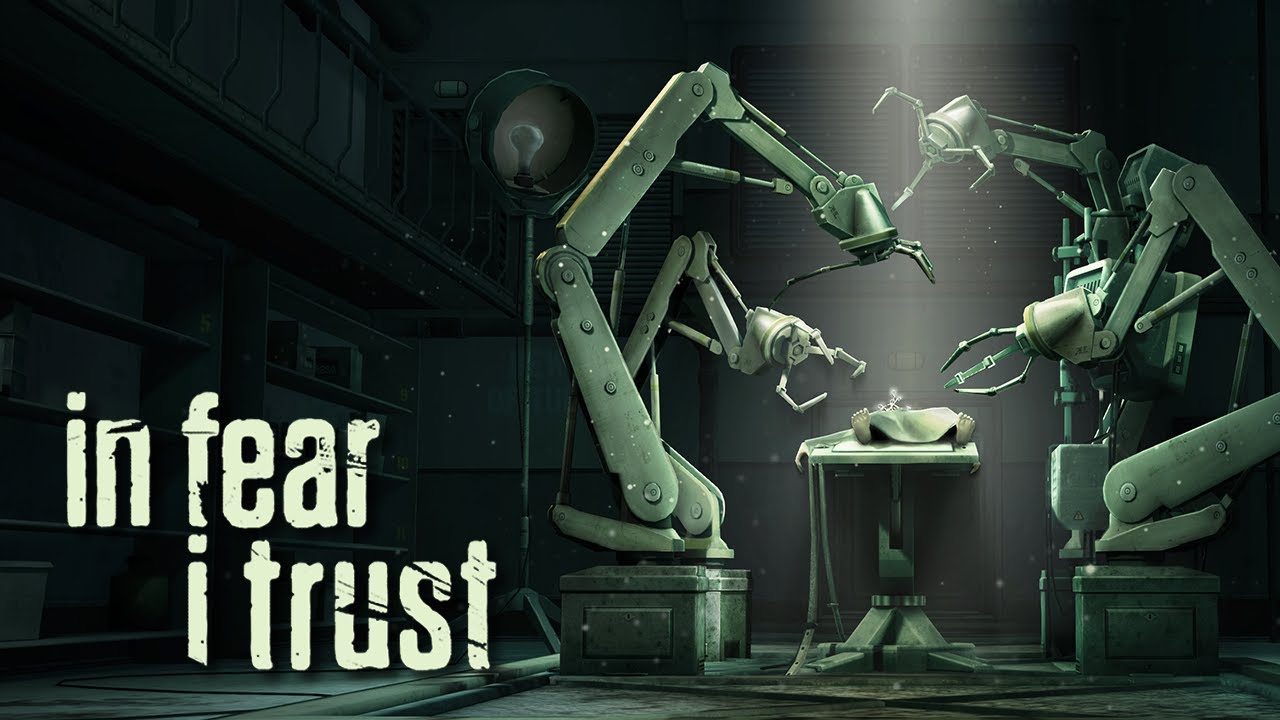 REVIEW: In Fear I Trust

The spooky Halloween time-of-year ticks around again, so it’s time to look around and try to find a game that may scare the pants of you. Well, I chose a first-person adventure game called In Fear I Trust that has all the bits you need for a scary story. You have medical experimentation, child abuse in a boarding school, ghosts, and government secrets. Seriously, what else could you want? Well, honestly, I’d like a good game. It’s very popular on iOS so let’s see if the steam version of In Fear I Trust still holds up to its scary premise. 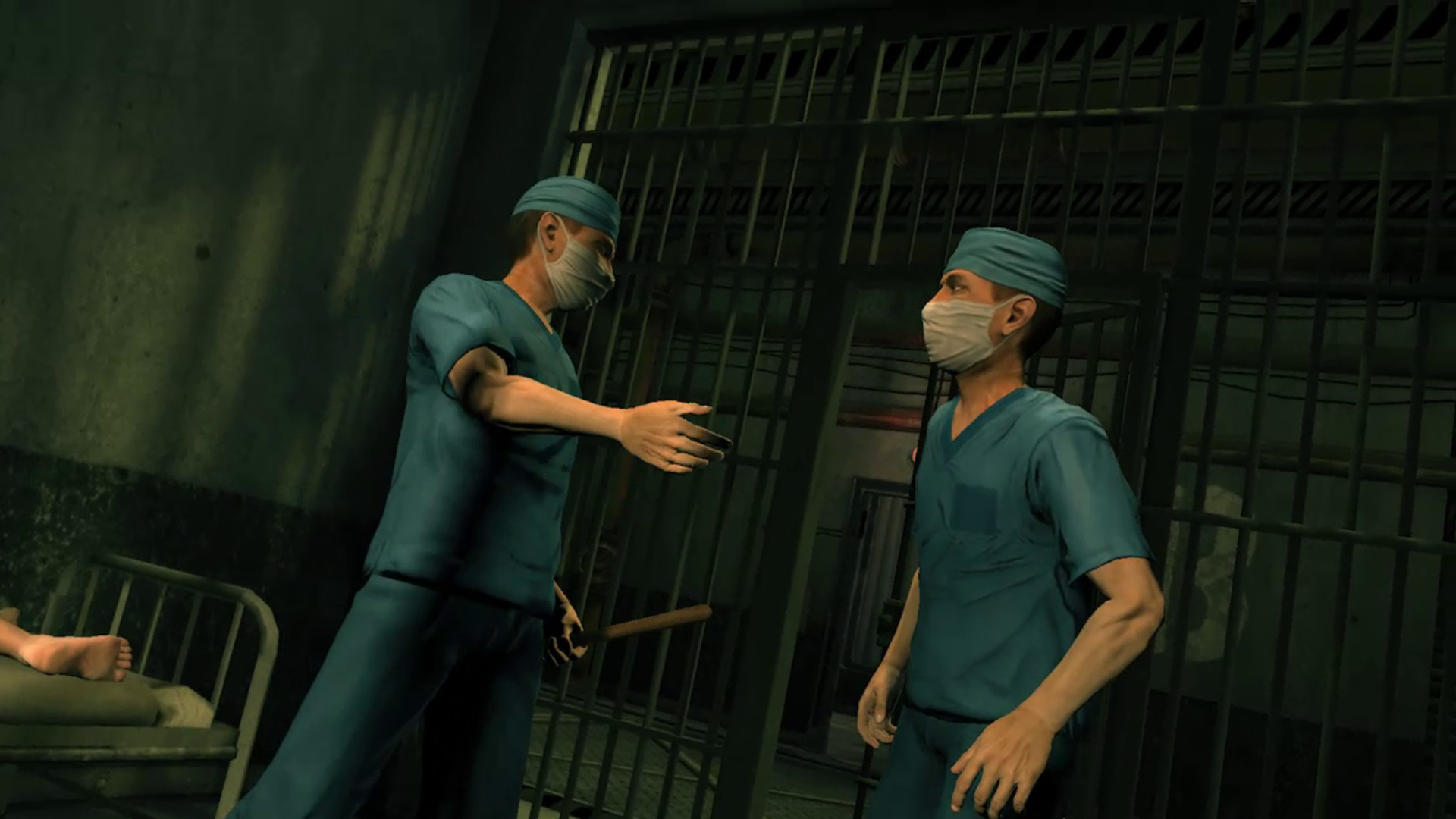 The intro sees you signing up for a governmental program of some kind. A program that is not overly well-known, understood or something you can tell your wife about. Apparently, she’s better off without you at least you think so. Once you sign the contract from an agent of dubious intent, the introduction ends and you wake up alone in, what can only be described as a cell in an underground facility.

As you explore you start to understand the horrible experiments that took place not only in the underground facility but also the boarding school that is suspiciously located directly above it.

The game is episodic, with additional chapters costing a few quid on the Steam store and they’re still adding more, which I take to mean that the story isn’t finished yet. If you’re a big fan of closure and ends to your games, then you might be best to sit this one out until all the chapters have been added. 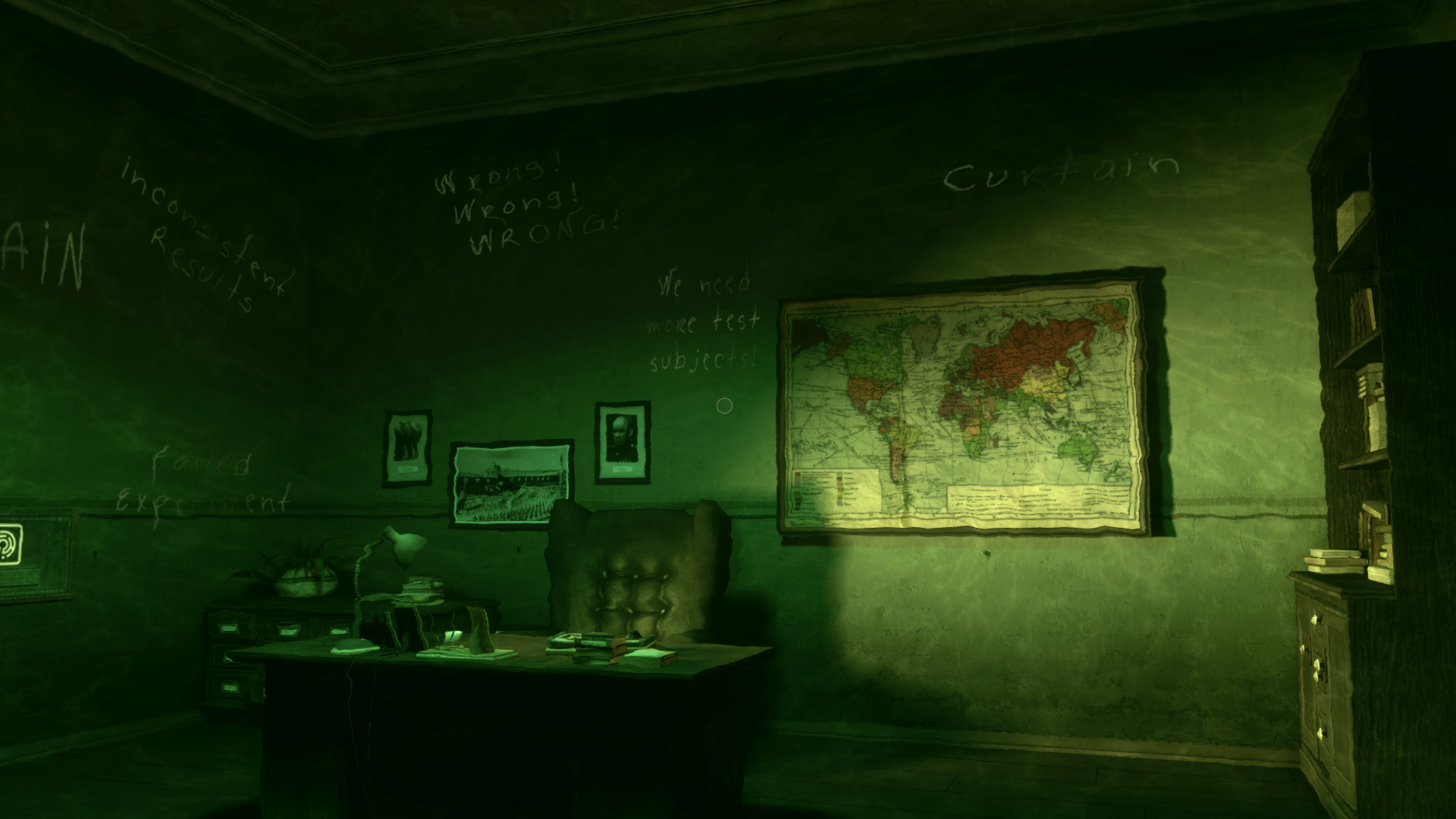 In Fear I Trust is a third person adventure puzzle game, with elements of horror and point and click thrown in for good measure. The first part of the game is a basic tutorial where you’re shown the ropes of movement, item usage, and how to check your journal.

In order to progress through the underground facility, you have to use items and solve puzzles. If you’re stuck, there is something called retrovision. Your retrovision is like an altered state of mind and allows you to see things you can’t normally see. Clues to solving puzzles and items you can pick up are much more obvious when you use it.

From a gameplay perspective In Fear I Trust is a fairly basic game, there isn’t much too it. They keep it simple and try to do it well. 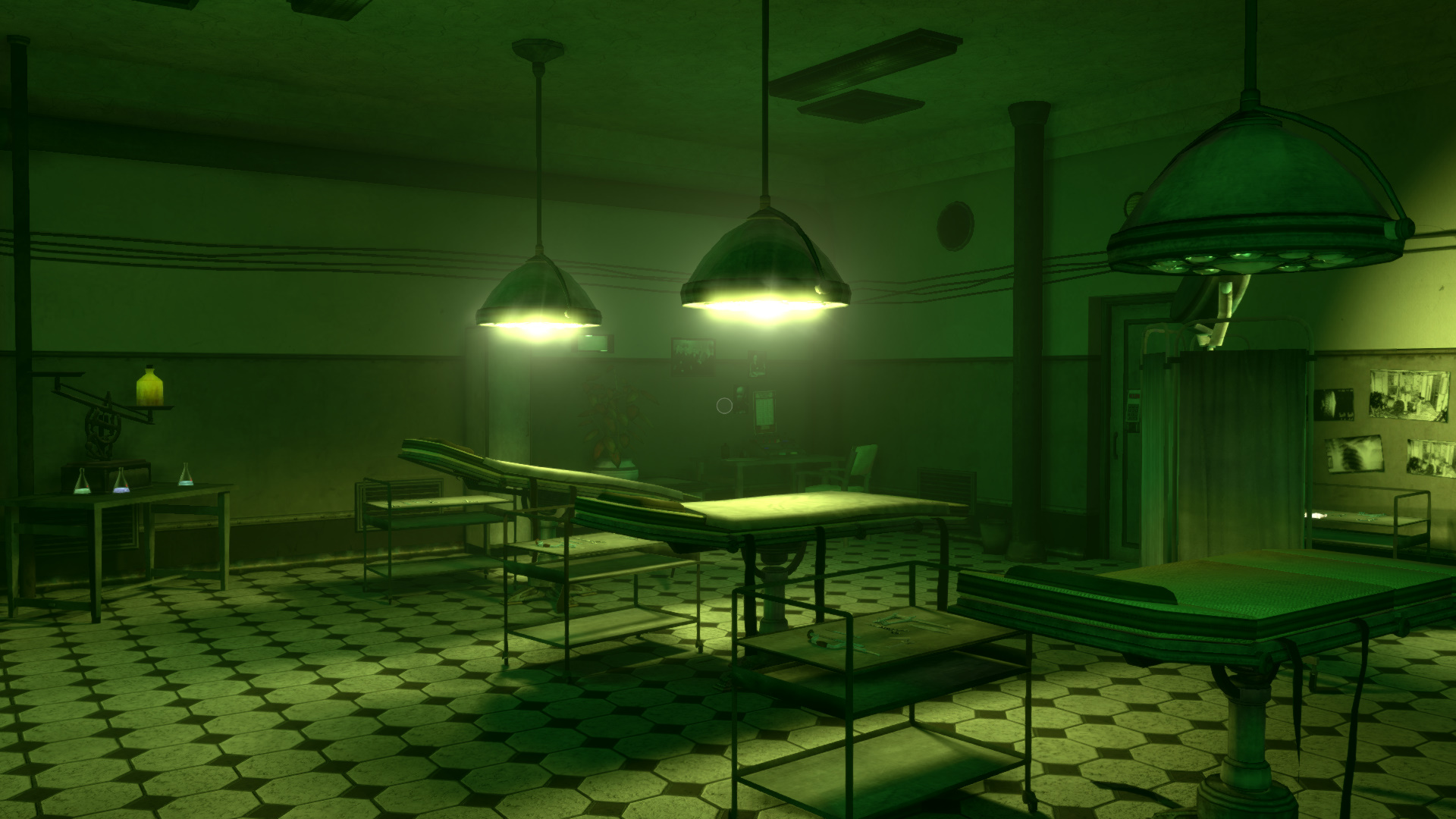 The control system is quite simple, with standard mouse and keyboard controls for the most part. Clicking on an item interacts with it, while right-clicking takes you to your journal, in which you write about everything you’re discovered, including notes, journal entries, and items. Pressing the R key activates your retrospective vision, which allows you to see things that are not visible within your normal field of vision.

Graphically, you could do far worse than In Fear I Trust. There are some parts which could do with a little more gloss. Generally though, everything’s done quite nicely, with good lighting effects and enough squeamish and disturbing details to carry you and the chills forward. 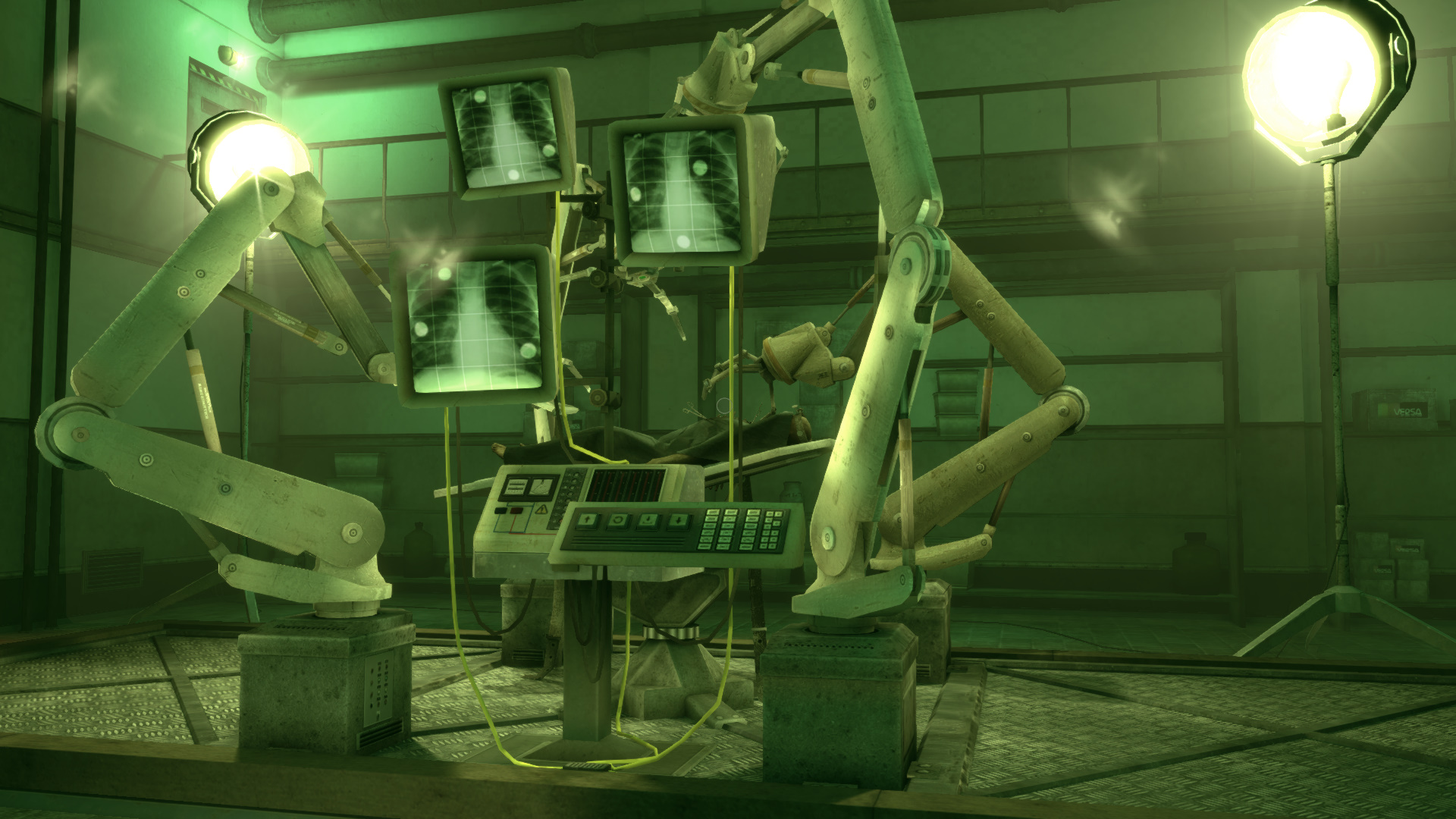 For me the difficulty is set a little too low, the puzzles are beatable in only a handful of tries. Although, credit where credit’s due, the puzzles are all different. They haven’t fallen into the copy & paste style of puzzle. “Oh, look. Yet another slider puzzle I have to beat for a practically implausible reason”. There are no other challenges within In Fear I Trust except the puzzles. So if you’re expecting hordes of the undead or mutated experiments gone hideously wrong then you’re looking in the wrong place.

Will you have much reason to go back and play all of In Fear I Trust again when you get to the end of the story? You probably won’t in all honesty. Once you’ve bought and played through all the chapters, there’s only the enjoyment of the storyline to pull you through another play-through, and I’m not sure that’s enough. There are currently four chapters to In Fear I Trust so there is still more story. As long as there are new chapters to the story to experience, you’ll probably keep coming back. Once that stops, this game may languish at the back of your Steam library for months or even years until you decide to give it another go. 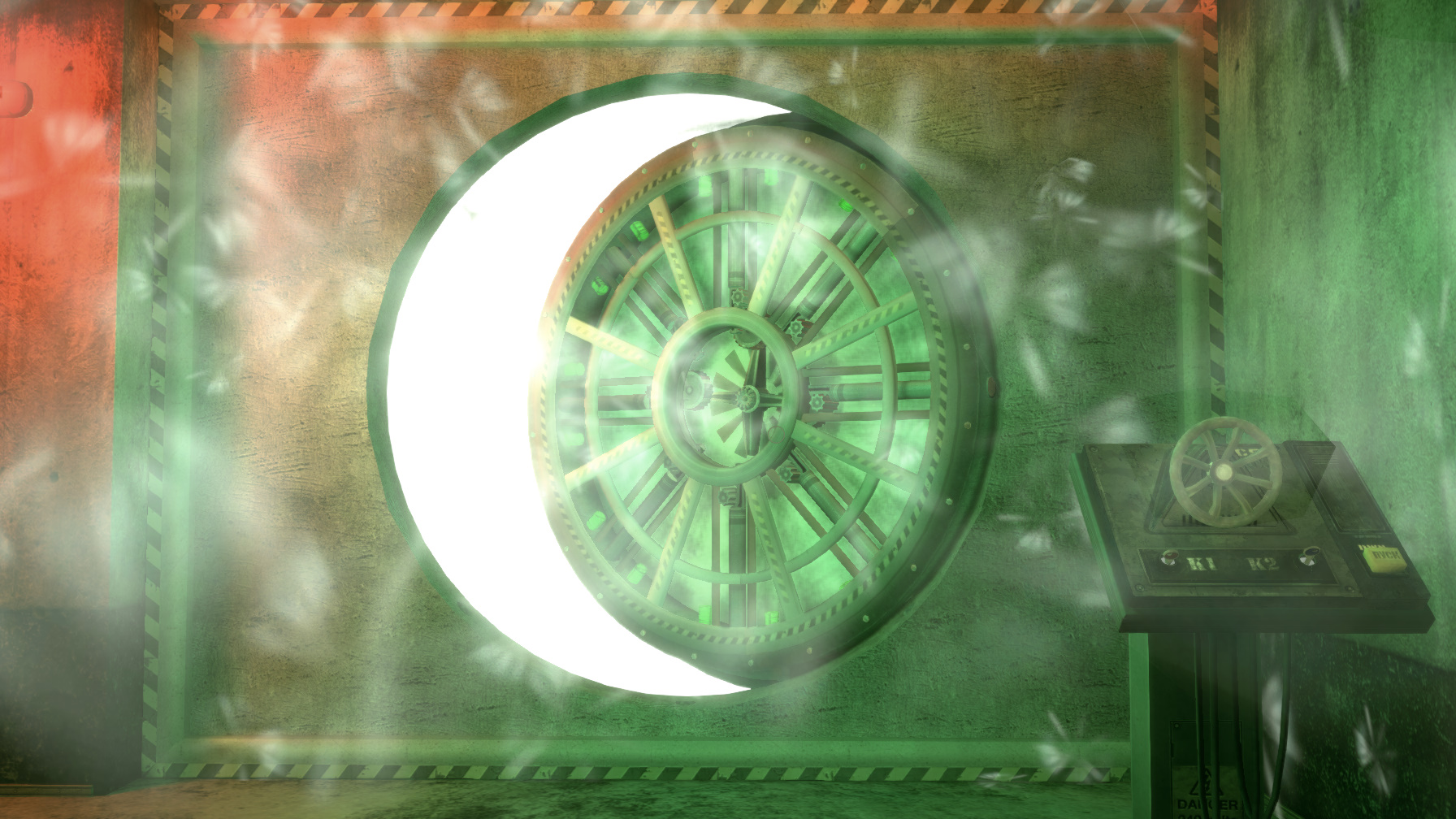 In Fear I Trust has nearly everything you could want in a spooky puzzle game. The puzzles could be a little trickier but the storyline and graphics are just the ticket if you want some chills over the Halloween period.