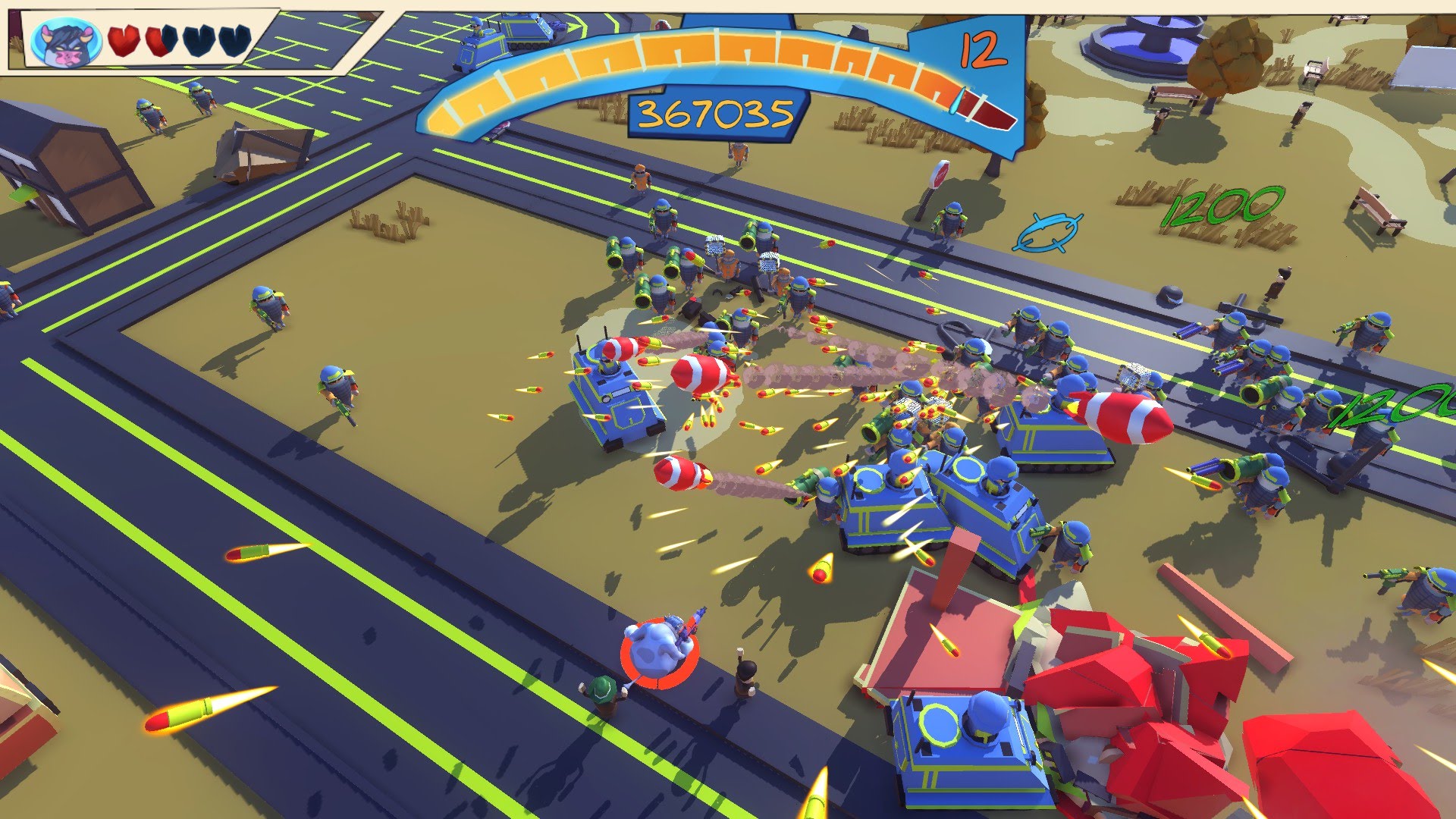 You play as a cow who goes on a rampage to try and find her kidnapped partner. You will join the resistance and battle Donal Drump. Yeah, this is the story. Nothing too special and not all that funny, and it really doesn’t even matter: it is just a premise to have a cow with a machine gun and bazooka destroy buildings. 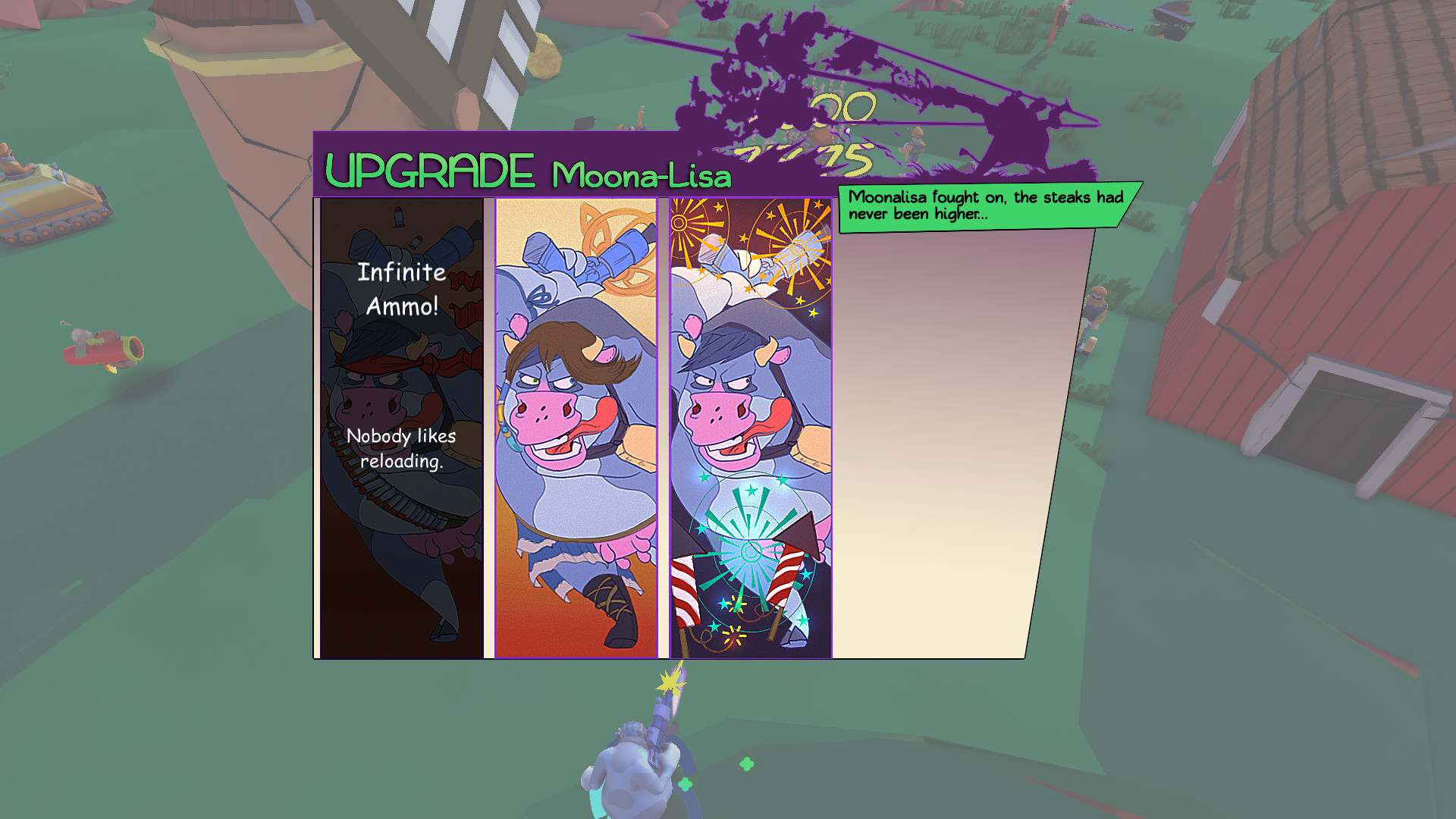 Powered by the Unity engine, the game doesn’t look too good. The performance is pretty weak, staying at 30fps during most of the playthrough, and the physics are all over the place, with some ragdolls and buildings just collapsing while others fly into the air. The cartoonish look is unpolished but not unpleasing to look at. Thankfully, there are no game-breaking bugs, and the experience wasn’t worsened by it.

The gameplay is very simple: you have unlimited ammo for your SMG and bazooka, and in each level there are some objectives to complete that usually require the destruction of something. The more buildings you destroy, the higher the Chaos meter raises, causing the arrival of more and stronger enemies.
In Survival Mode, you replay story levels and you try to survive as long as possible. An interesting mechanic is that every once in a while you are forced to upgrade both yourself and your enemies, making you choose the lesser evil
Other than being too simple for its own good, I had a problem with the health drop: when I had full health dead enemies dropped HP items like flies, but when I had close to 0 HP I got jack! This lead to forced restarts and some frustration. 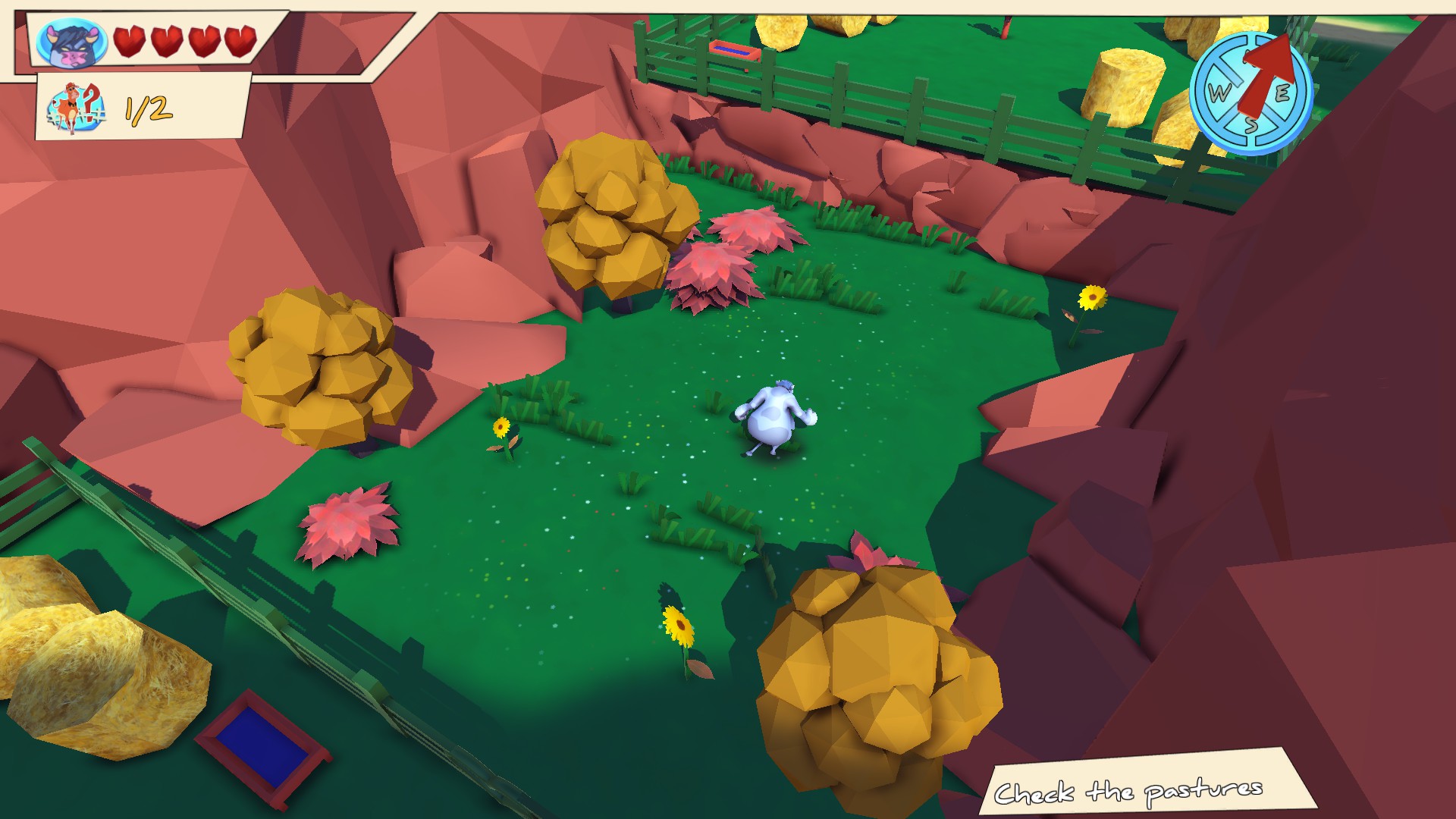 The more time you spend in a level, the more enemies appear that will try and kill you. “Thanks” to the lack of health items in the moment of need, your goals become unachievable, so you start rushing every single level instead of trying to blow everything up. There are also 2 boss fights in the game that are insultingly easy to beat, especially compared to all the trouble that you go through just to get to them.

The game’s soundtrack is joyful but nothing special, and the sound effects are decent even if a little too loud when there are many enemies on screen. 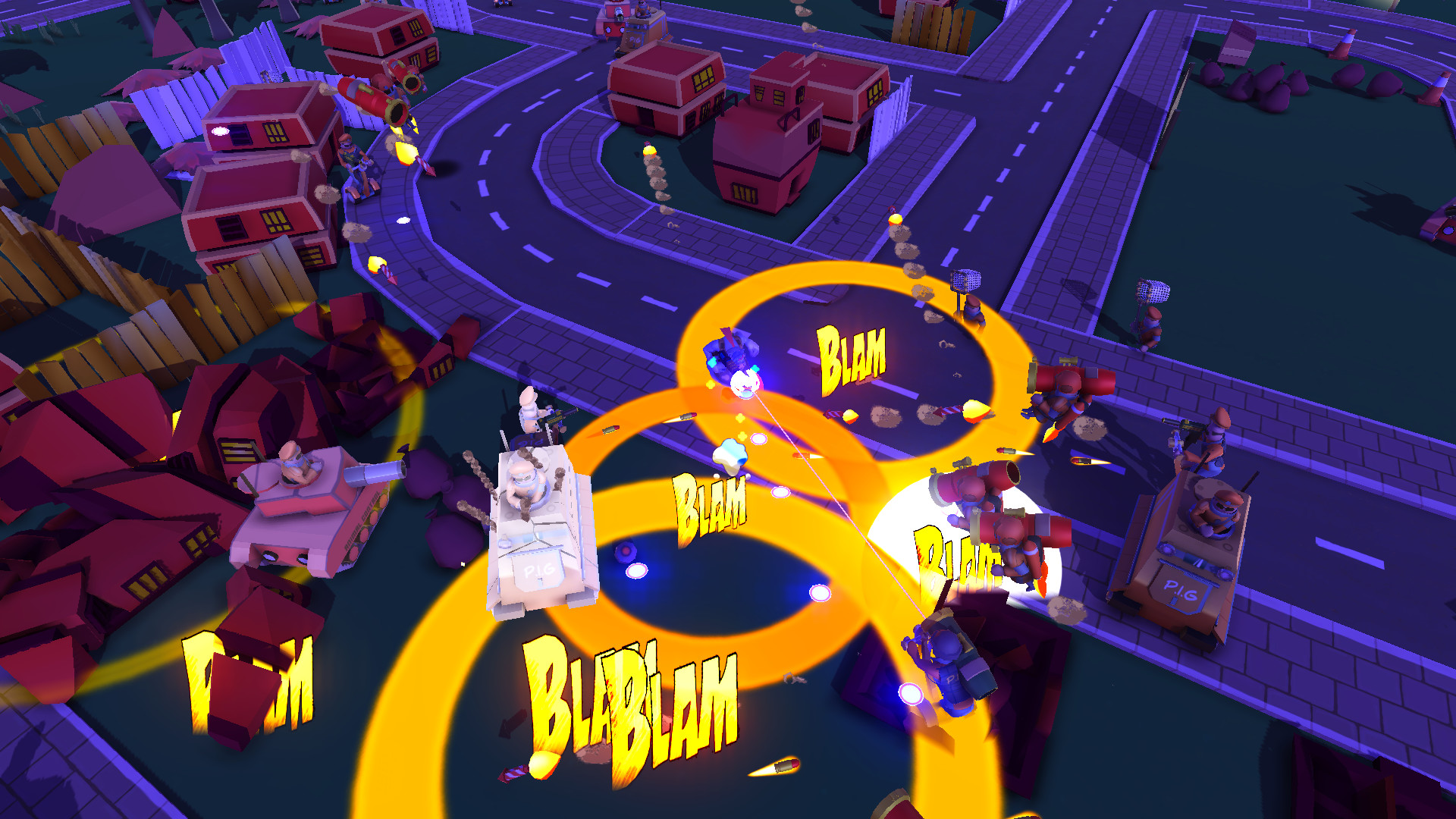 After you have finished the 2-hour campaign, you can play Survival Mode and you can try to unlock the 63 achievements that require a lot of time spent in Survival Mode.

Overall, this is a short, simple twin-stick shooter that earns its cheap price of 5$. Highly recommended when on sale.