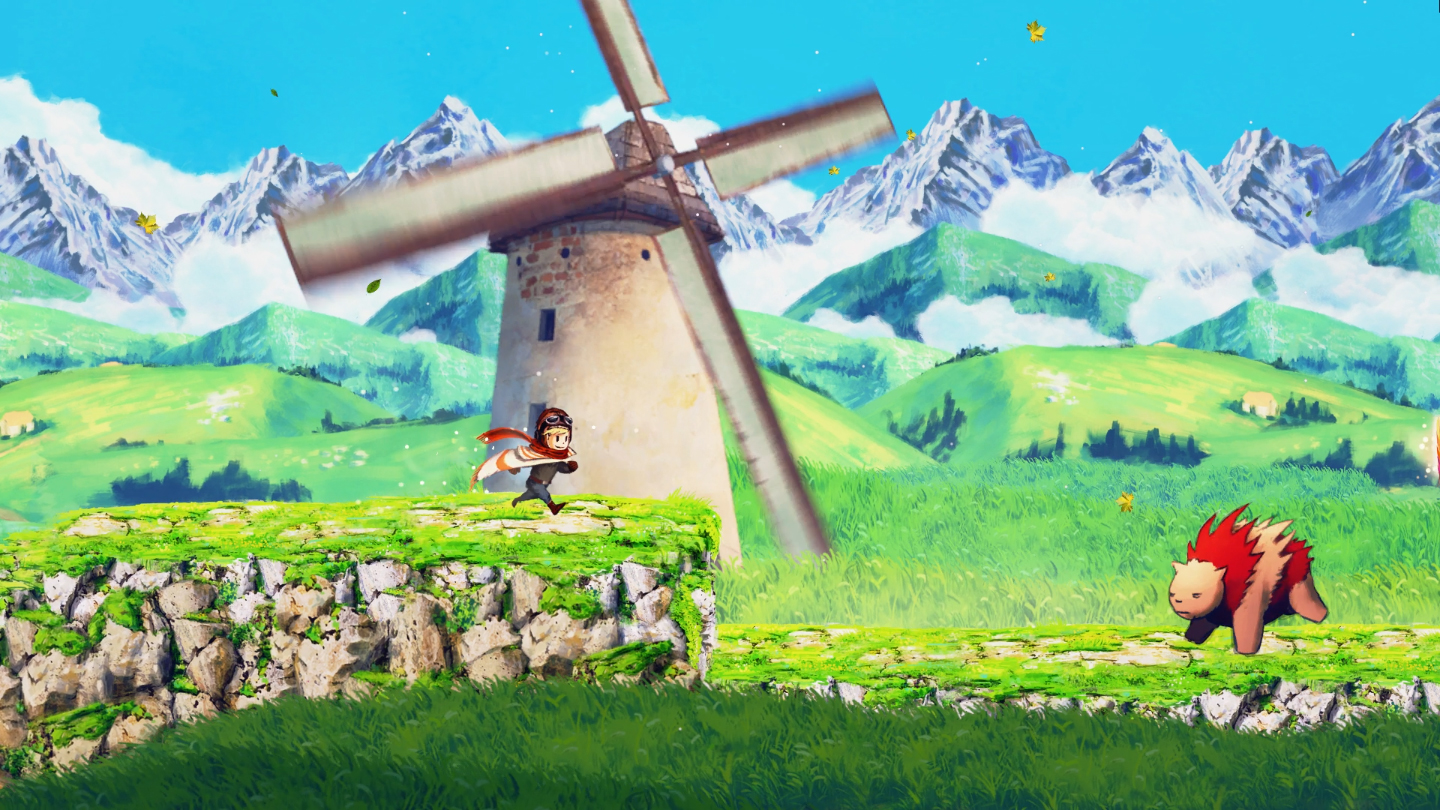 Platforming has been a quintessential genre in videogames ever since we figured out that making something jump over a pit successfully was immensely fun, and there hasn’t been a better time to indulge in that feeling than the indie videogame age we live in. Maybe it’s because the idea of jumping is easily translatable to videogames, or that today’s developers grew up on 8-bit and 16-bit old platformers, but there is a huge saturation of these games in the indie scene. What was once a fairly dead genre has now been resurrected to its fullest with a huge variety of games that experiment with the conventional tropes and mechanics of jumping while also grabbing at your nostalgia for those simpler times. Today, we look at the next in line in this revival, Talewind. 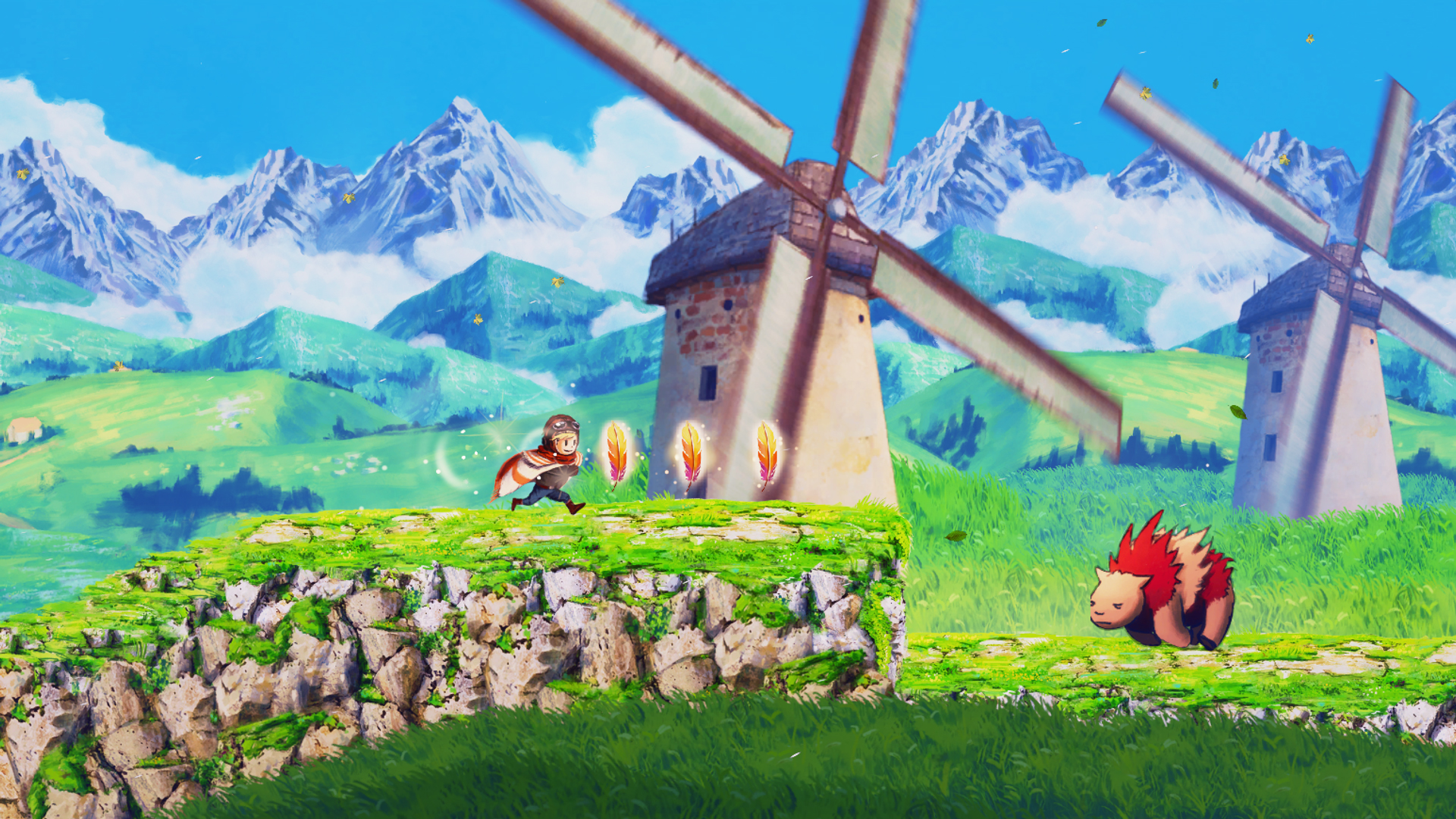 First thing that strikes you right away about Talewind when you boot it up is its presentation. Be it the main character’s simple and cute design and animation, or the green hills whose grass sway with the wind while a soothing and fun soundtrack plays, the game sets the tone right away for a good ol’ time to be had, and wastes no time giving you control after a very brief and unobtrusive tutorial. Levels, NPCs and enemies all feel like drawings come to life like Braid, and the soundtrack, while fairly generic and sometimes repetitive, is pleasant to the ears and fitting.

Talewind separates itself from the majority of its peers by including a gliding mechanic, which lets you have a much tighter and longer air control. Besides this mechanic, it’s the regular platformer where you have a jump and an attack button. You will spend most of your time jumping and gliding over pits and enemies at a brisk pace, with the occasional wind current to launch you into the air and speed you up to the finish goal. Levels are incredibly open-ended and offer a lot of optional routes for you to take, rewarding you for your skills, which is always a plus for a platformer to have in my book. Talewind also uses the archaic lives system, where you have to start the level all over if you lose all of your lives. Nothing wrong with that system, but it might frustrate some players, especially in the latter levels. 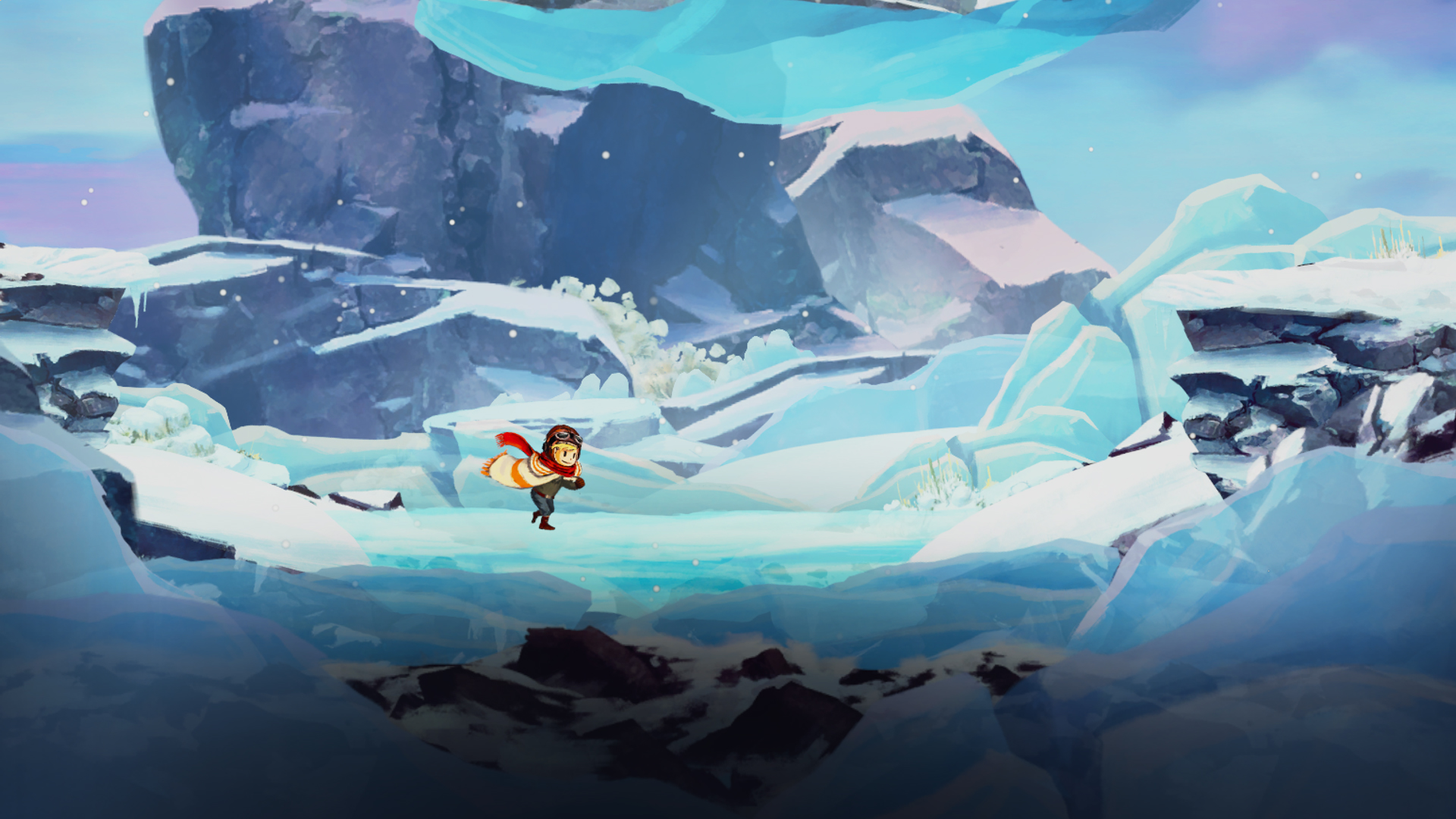 Not much can be said about the gameplay department, if you have played any platformer in your lifetime, you know what to expect from this. As for narrative thrust, Talewind tells you that the wind is getting weaker and it’s up to you to figure out why. That’s it. This in no way is a criticism of the game, as I feel that if you don’t have a meaningful or interesting story to tell in a platformer whose main appeal is it’s gameplay, than you shouldn’t force one in it at all, as that would make the game weaker and obtrusive in my opinion. There is however some recurring stone monuments you can find spread along the levels that will give you bits and pieces of the lore of this world, which you can piece together to form a bigger picture of the story. Personally, I found these incredibly uninteresting and cliché, and soon stopped searching and reading them and focused on the gameplay instead. 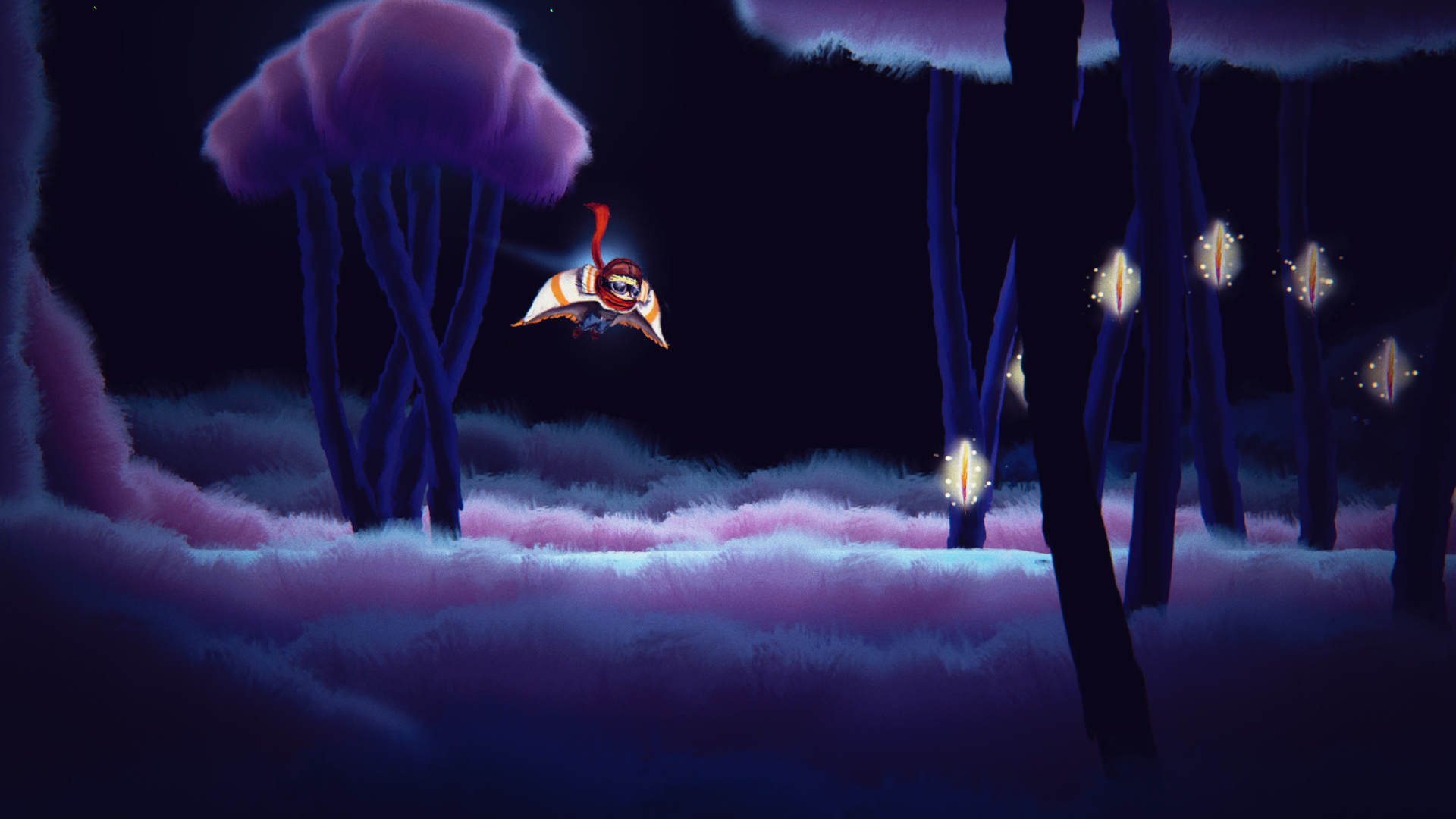 If I stopped the review right here, I would probably recommend the game and call it a harmless platformer that you should buy and have a good amount of entertainment taken out from it. But I’m going to continue, and I’ll tell you now why you shouldn’t buy this game.
I forgot to mention that this is a one-hit kill platformer. You get hit, you die and start over from the last checkpoint you passed by. Now, there is nothing wrong with that, but when you make a game where you get killed with just one hit, you better have the level design perfectly synced with that idea. And the balance between those two factors can either make or break a game.

Levels are divided by 3 acts, the last one being the boss of the area. Those first two acts are long levels that could take over 5 minutes easily if you don’t already know what you are doing. Getting to a boss and losing your last life to it, means starting the whole level all over again, which adds up to 10 minutes of wasted time, and considering that the levels get longer and harder as you progress, frustration and boredom is bound to set in. 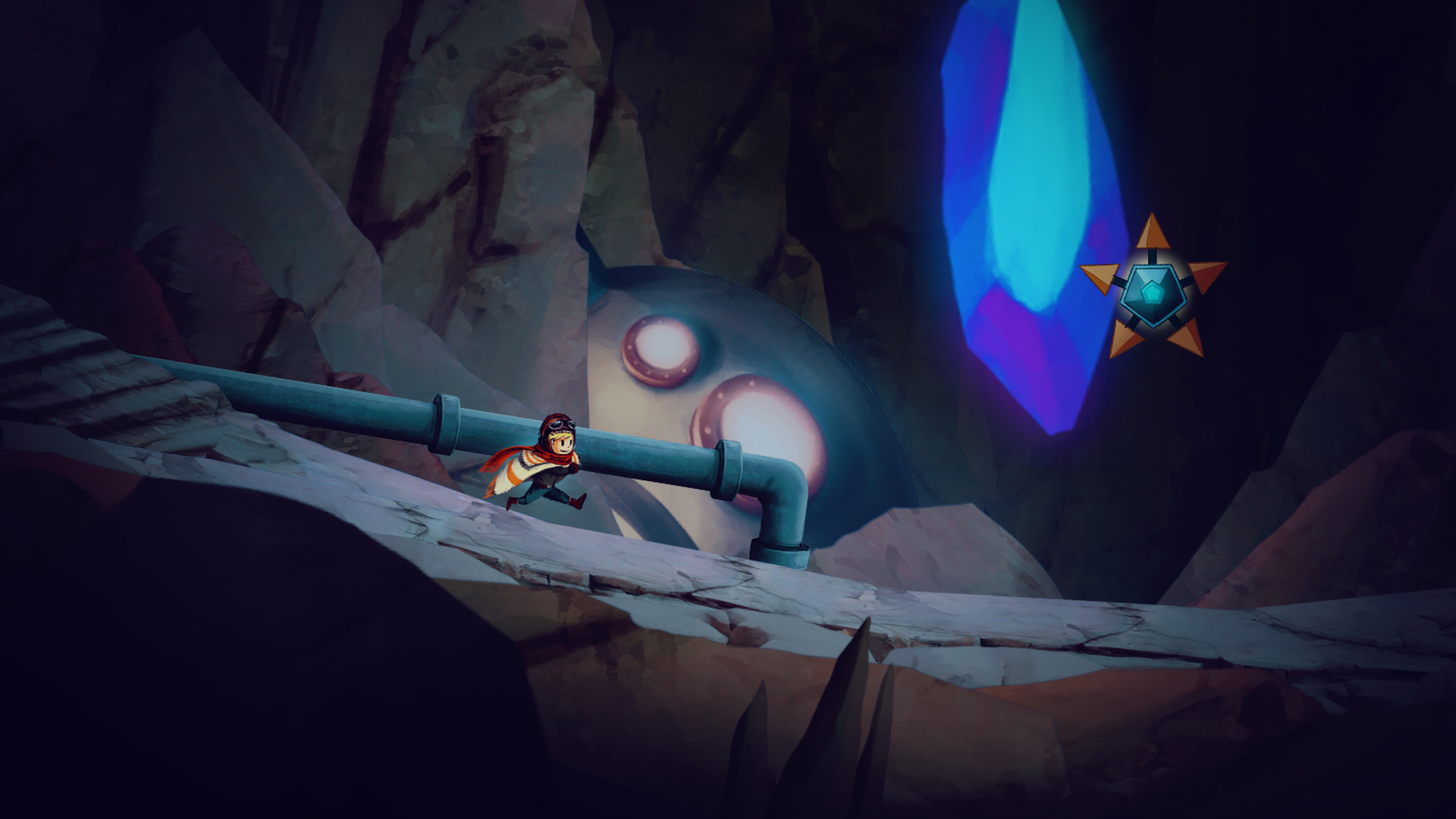 This alone is no reason to not recommend the game, there is nothing wrong with a videogame being challenging and demanding of a player, so I’ll get to the main reason why this game didn’t do it for me.
“Game Feel”. Discussing such a subjective term is very difficult, since it’s own definition is subjective itself. Game feel is when the screen shakes and flashes when you kill someone with a bat in Hotline Miami, it’s when your body move slightly off the chair when you make a hard jump in Super Mario Bros. , it’s when the games slows down for a second before the final impact of a combo in God of War.

Pretty much, game feel is what makes gameplay fun. It’s something intangible that causes a positive response from a player. And Talewind severely lacks that response. Once the game starts to get challenging, it soon becomes a slog. Jumping doesn’t feel fun, your character moves extremely slow, and the wind currents, the only moments of the game where you feel some sort of adrenaline, are simply too few and far between and not creative enough.
The gliding mechanic is just not used to it’s fullest, and only serves as a way of maintaining some air control. You only need to compare it to Super Mario World’s gliding cape to see how much potential for gameplay depth is wasted.
It also has a very unforgiving hitbox that constantly makes each death a moment of “it didn’t even hit me!”. Getting hit in this game doesn’t feel right, it’s sterile and dull, and half the time you are left wondering if it was even fair or not. It doesn’t help that the last levels are filled with killing spikes a-la Megaman and enemies who give you no time of reaction unless you already know they are there. 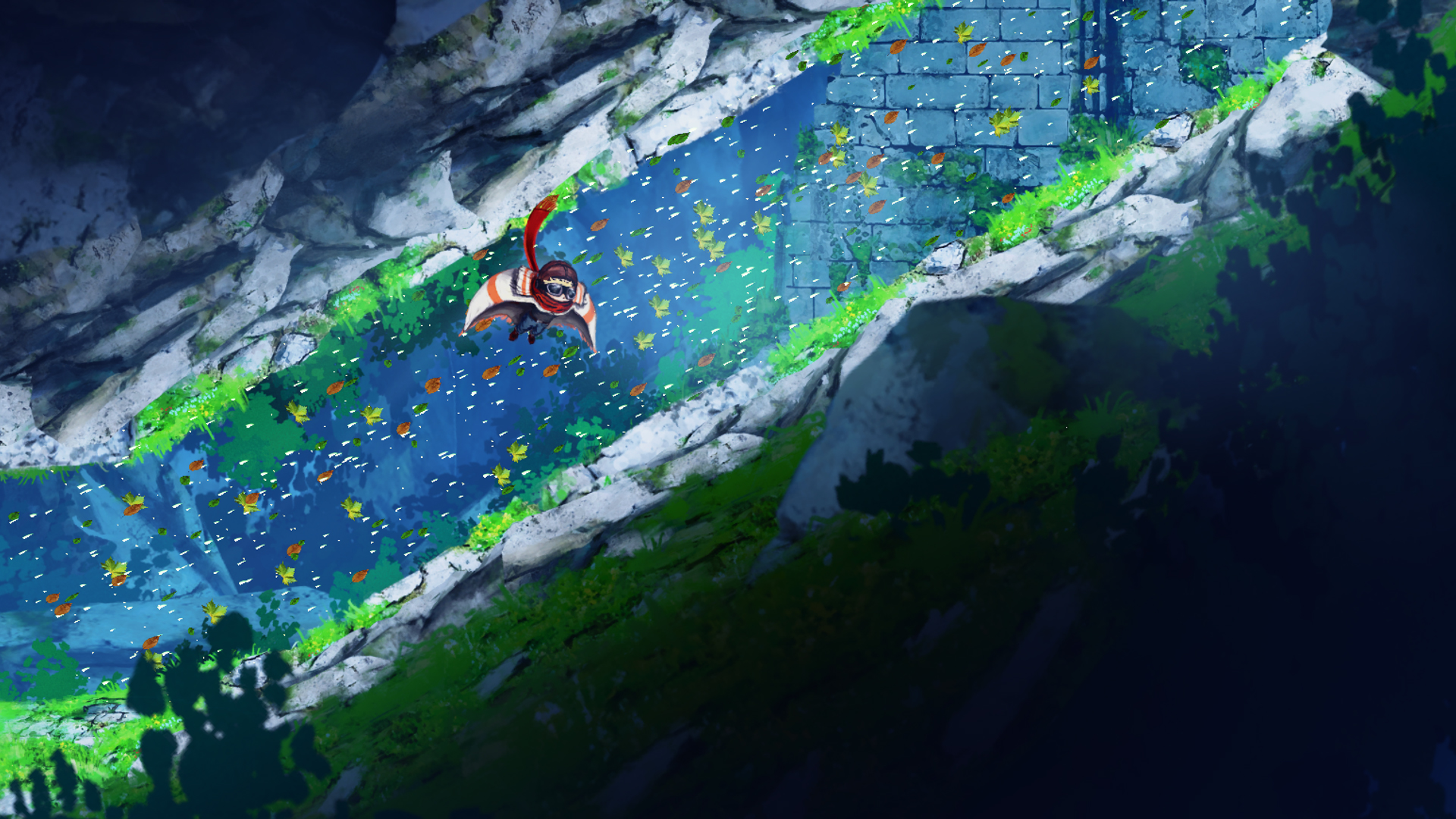 Add all of this to the one-hit kill mechanic and long levels, and you have an incredibly monotonous experience, and the combination of all these elements are what break the game for me.
There is a reason why Super Mario Bros. worked and something like Bubsy didn’t. One perfectly understood that a one-hit kill system required short levels and precise, fun and player expressive controls, while the other was content with filling the small screen with a variety of enemies and confusing sprawling levels that killed you with every sprint you took. The same reason that made Sonic be able to stay alive if he kept at least one ring.

It feels incredibly unfair to rag on the “little guy”, but when you have such games as Super Meat Boy, Fez and Shovel Knight coming out of small dev teams, you can’t just give a free pass to other games of similar origins, especially when the price tag is this steep. Overall, I think your money should be spent elsewhere, especially with so many games out there.