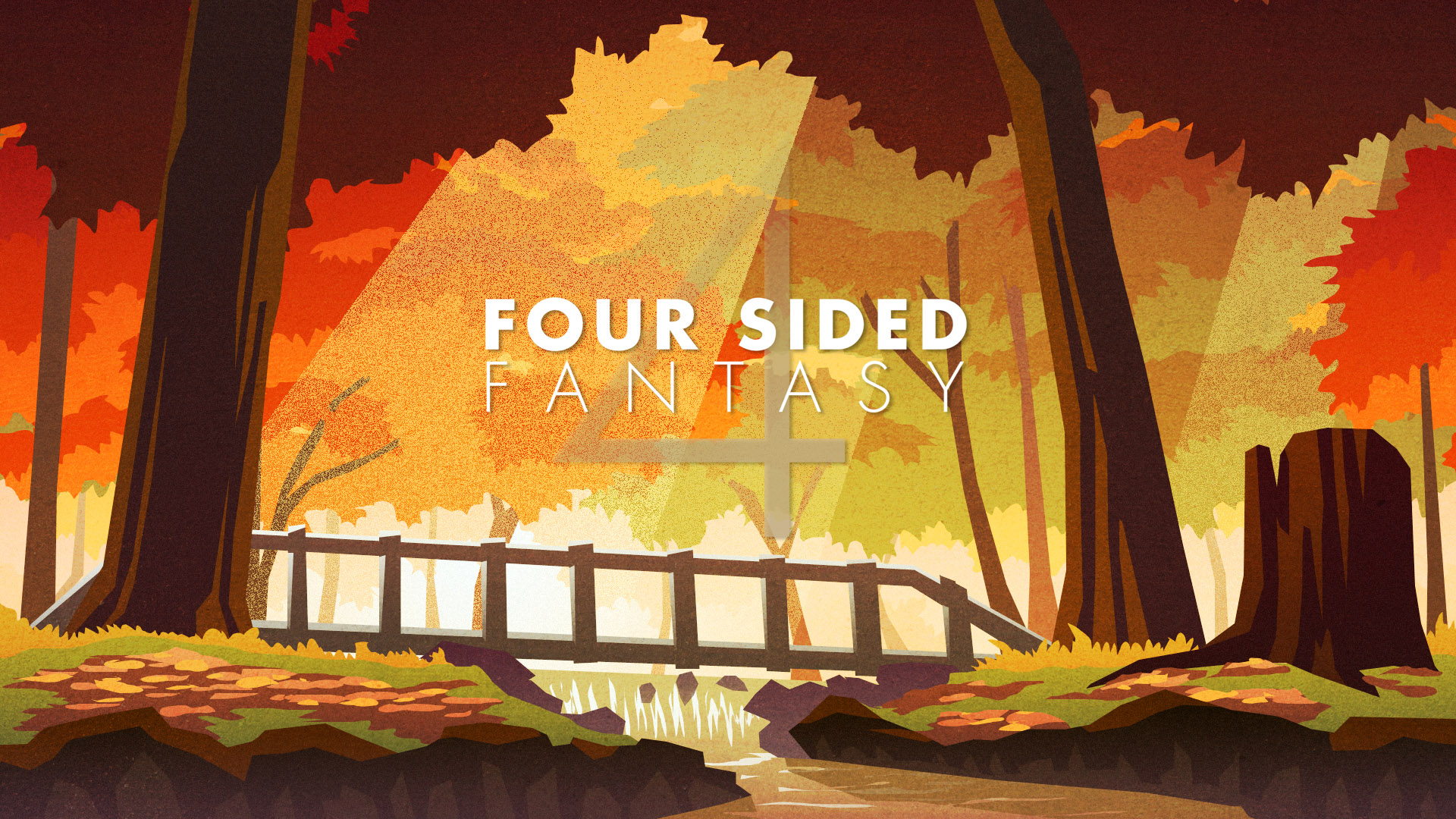 This is a platform puzzler with a unique twist. The 4 edges of the screen can be ‘wrapped’ so that your character disappears off one edge and appears on the opposite side, then you let go of the ‘lock’ for the character to continue along the path you’ve set.

The main thing I have to say about this game is that it’s very disorienting and strange (in a good way). I completed the game and I can honestly say that I never reached the point where I properly understood what I was doing. Even towards the end I was still using trial and error sometimes. Maybe if I do this, that or the other it might work…

You can use keyboard/mouse or controller. Both are efficient but I found controller to be more natural. 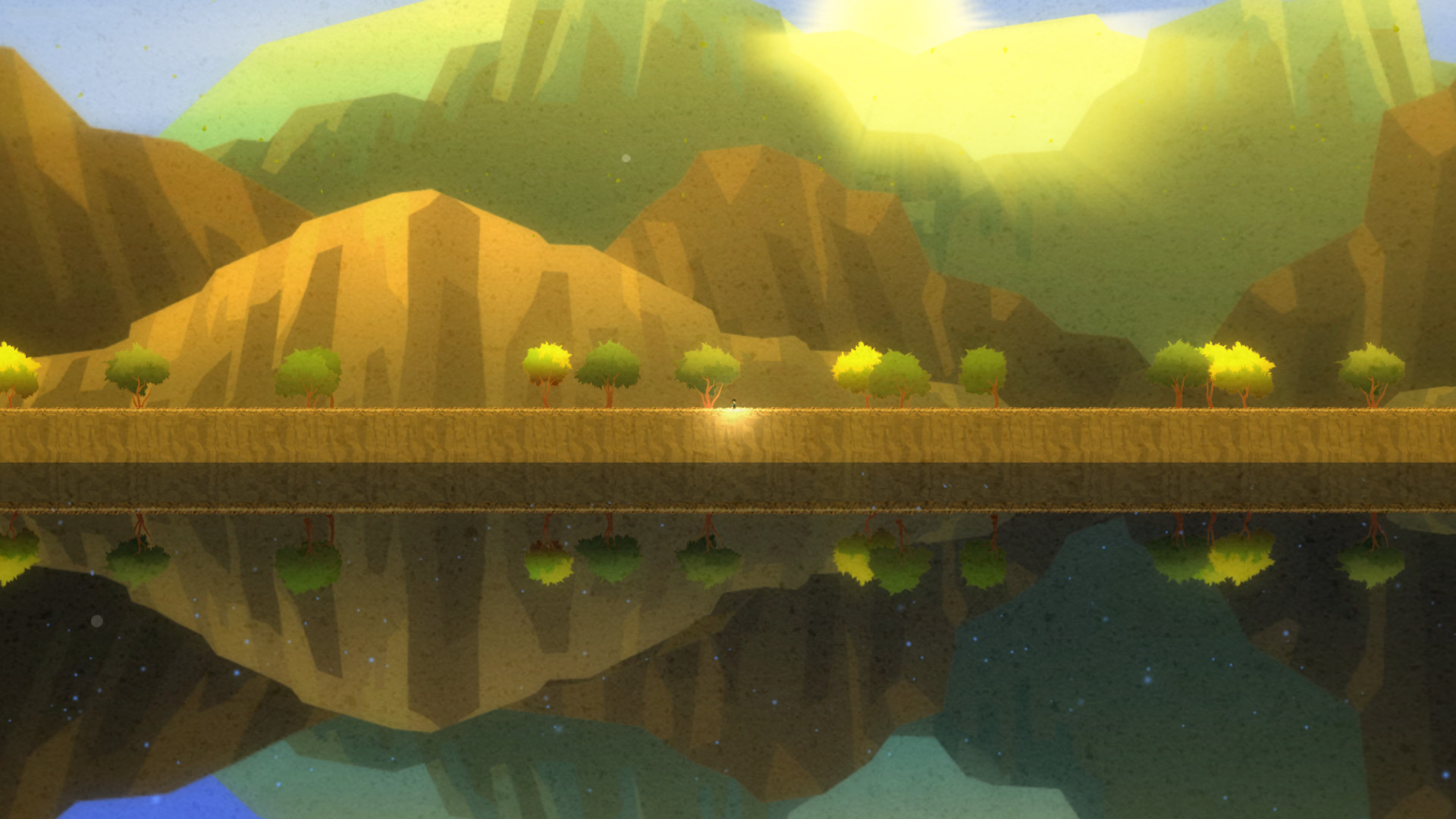 You control a boy and girl who are “trying to find each other” in some kind of abstract story. The gameplay makes it feel like they are the same character but switch whenever you edge-flip.

The game progresses through the seasons and each has its individual art theme and game mechanic. You start off normally just flipping the edges. Next comes gravity where the boy walks normally but the girl is upside-down so there’s a lot of inertia-freefall-bouncing up and down. Next comes background-foreground where the girl appears nearer and the boy further away, each with their own platform of course. Then in the last phase it’s split screen where you have both girl and boy separated by a central screen split. It’s so weird I don’t even know how to explain that one.

The checkpoints are all placed at the points where you’re likely to die, so you’re always popping up again exactly where you failed. The game saves are far less precise. There are only 8 level selection points, so if you decide to close the game and take a break you may have to repeat several minutes of gameplay to catch up again. 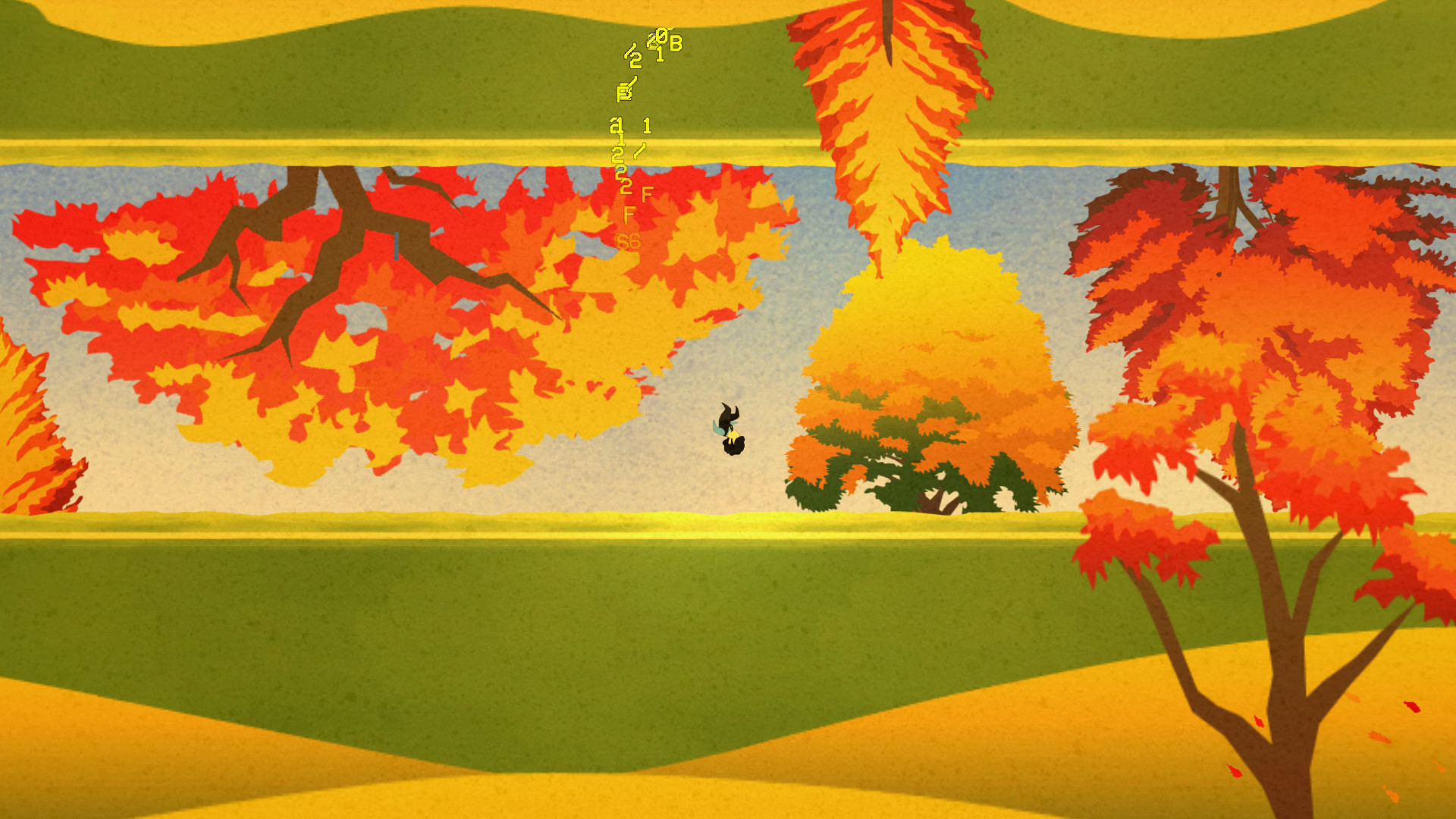 Rather beautiful minimalistic 2D artwork. The colour themes change with the seasons so you have brown/orange-themed autumn, winter with dark blues and white ice etc.

The music is more of an ambient sound than a tune. Nice and restful but forgettable.

It depends how your brain works. For some people it might just click and seem easy, to others impossible confusion. I found it medium difficulty mostly, but I confess there were one or two levels that stumped me completely and I had to google the solutions. It’s easy when you know how!

There are a few levels that require timing to get the jump just right but for the most part it’s brainwork rather than coordination. 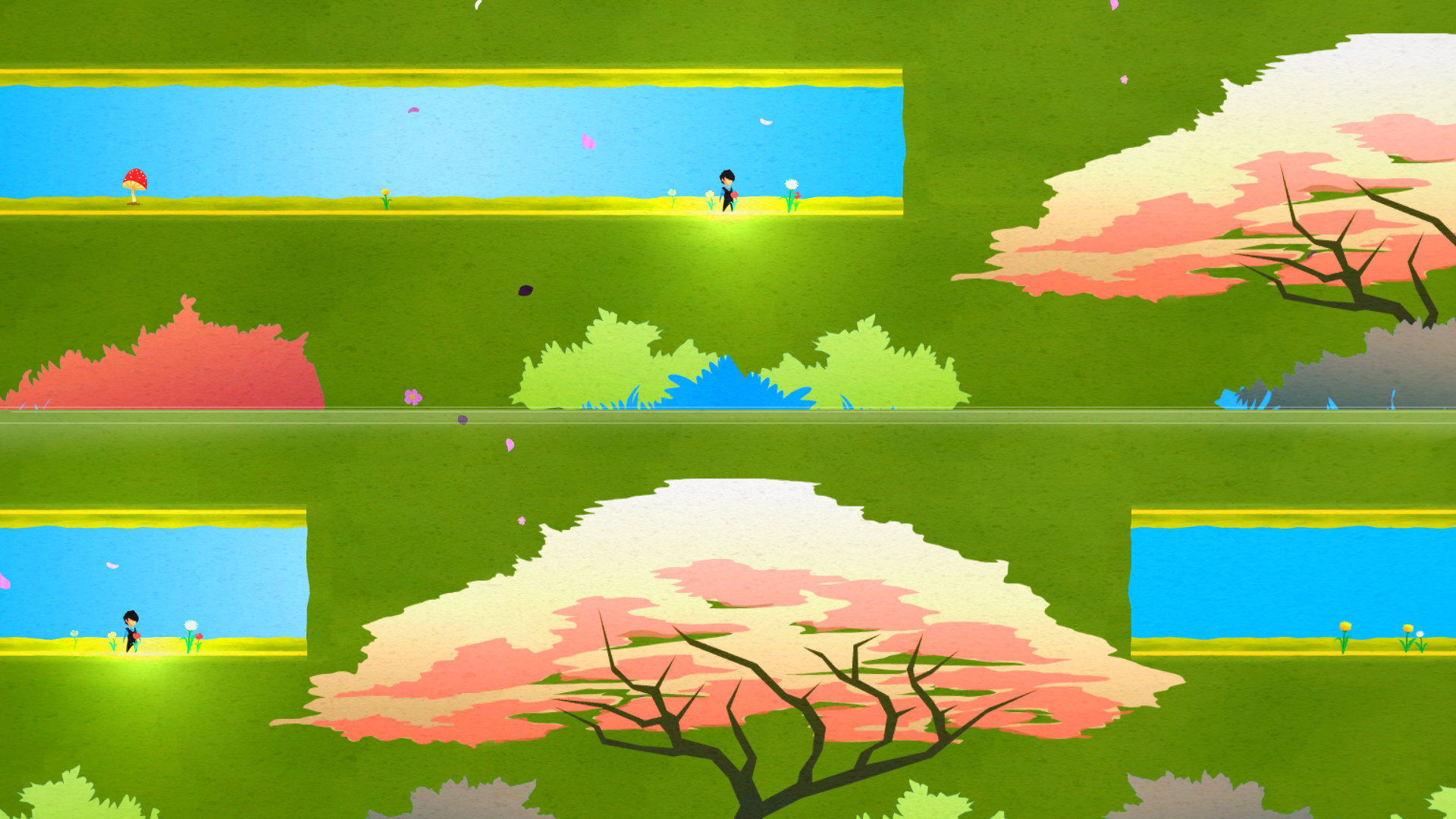 There have been previous issues but these have all been fixed during the past week and I can report that the game now runs smooth and flawlessly on Windows at 1920×1200 res, windowed or fullscreen. No glitches remaining.

There are no in-game settings at all. You can set the screen resolution via the Unity startup dialog so that’s fine. However, the game’s sound levels are too loud by default and the only way to turn the volume down is with your system sound. This may not be convenient if for example you’re streaming a TV show at the same time which you’re then unable to hear properly. 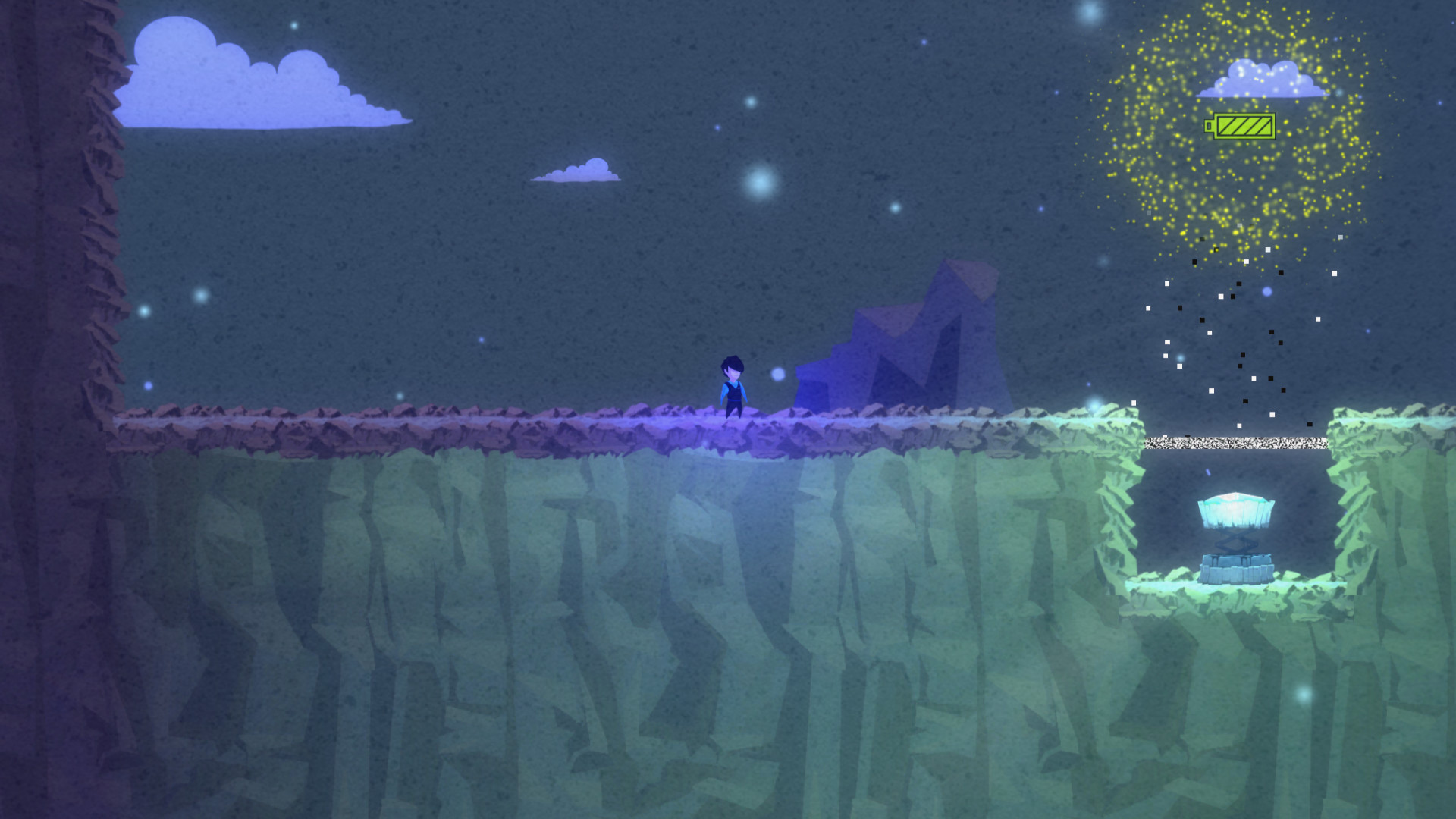 The quality and unique concept are excellent but if you judge games by the quantity of gameplay I have to say the main playthrough is too short considering the price. There’s maybe 2-3 hours’ worth at a leisurely pace. Perhaps wait for a sale.

Normally, since this is a puzzle game, I would say there’s no replay value but in this case I’ve found that the puzzles are so beyond my normal way of thinking that I can complete a puzzle then go back and try it again 2 minutes later and I’ve already forgotten how I did it.

Completion of the game unlocks a ‘Plus Mode’ where instead of the edges wrapping it sort of wraps in the middle so you’re often looking at a screen split into 4 quarters. It’s the same game but from a different view – as if it wasn’t confusing enough already!

There are two particular achievements that encourage replay to complete the game with limited numbers of wraps and locks. There’s also a hidden area achievement – if you manage to find it please let me know so I can get my perfect game. 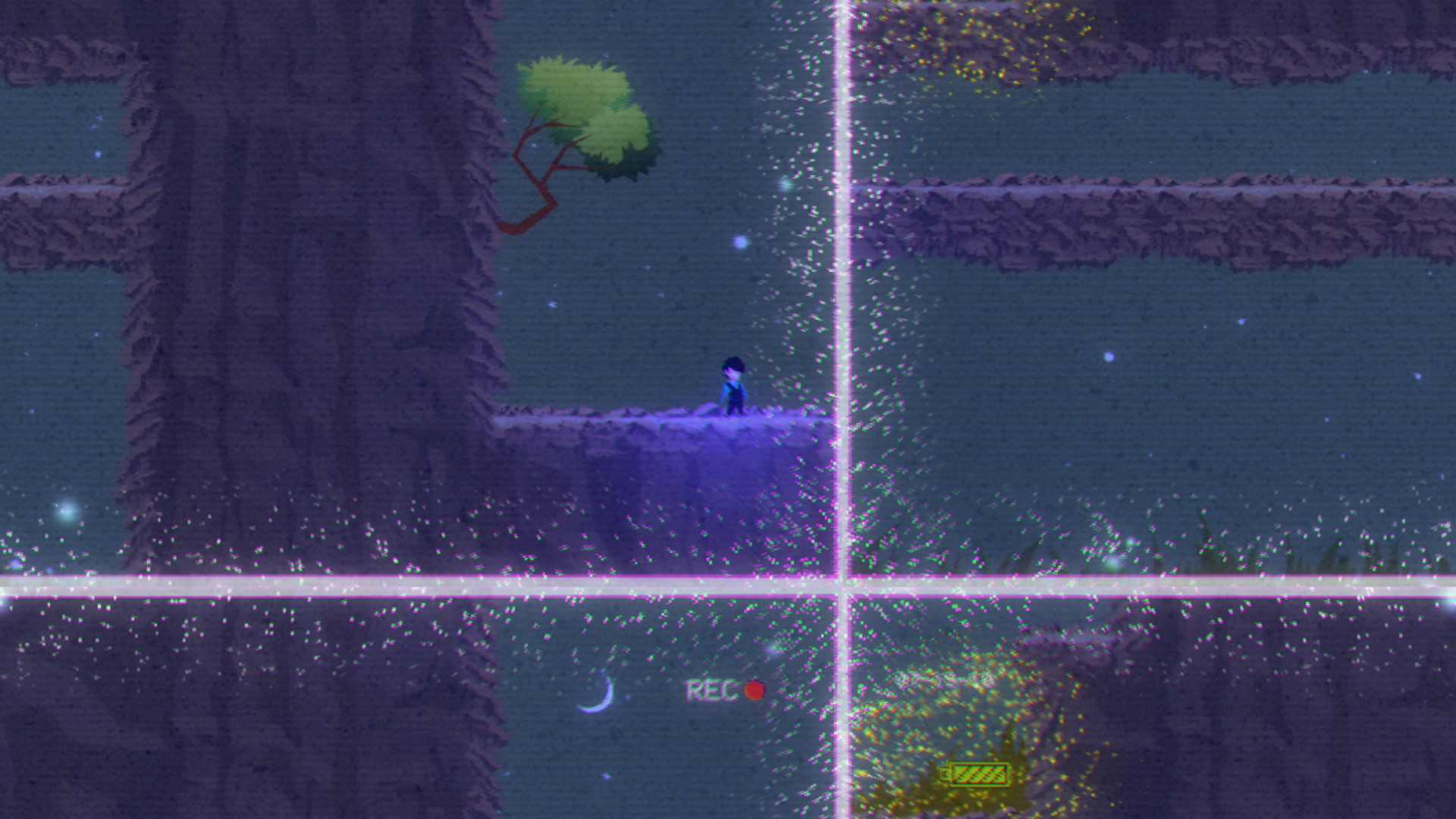 No trading cards yet. 11 achievements and at time of writing some of them drop on completion of the game when they’re not supposed to, so if you’re an an achievement hunter buy it quick before they fix it 😉

The term ‘mind-bending’ tends to be overused, but in this case it really is. It will mess with your perception and understanding of the mechanics. Fabulous artwork, wonderful puzzles but perhaps a bit short for the price.