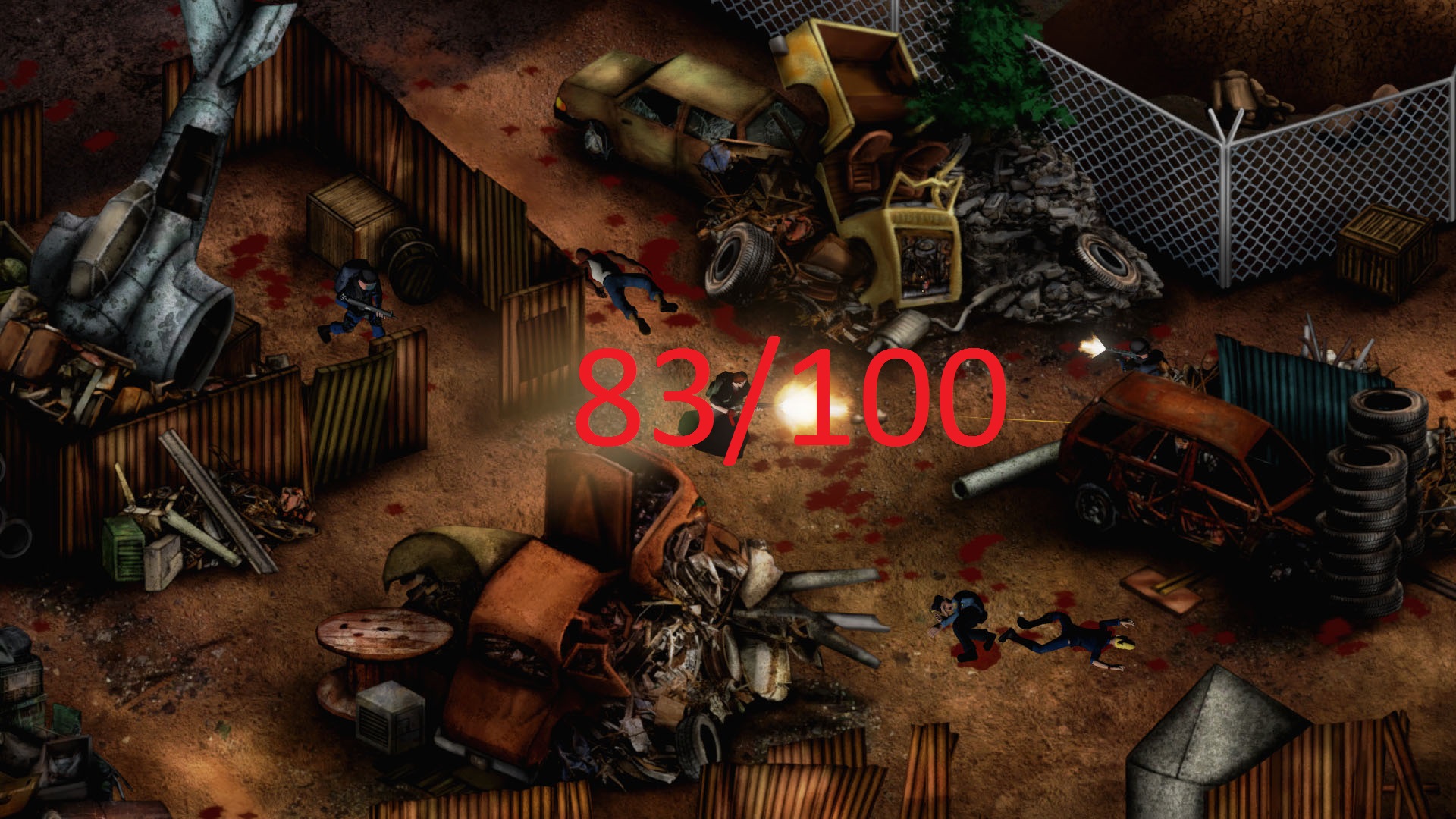 POSTAL Redux is a remastered version of the 1997 isometric shooter developed and published by Running With Scissors. I played the original game multiple times (even with its outdated controls) and I love the FPS sequel. I can safely say that this is a remaster done right.

Honestly, there is basically no story. You play as the Postal Dude, a guy who is fed up of the world and goes postal (which is, go on a killing spree). Compared to its sequels, this is much more bleak and depressing and neither funny nor satirical. However, it also isn’t offensive and controversial just for the sake of it (looking at you, Hatred).

The game adopts the original isometric camera angle, and updates the look of the original art style, bringing back some good ol’ nostalgia. Each level feels different from the other, ranging from city ghettos and mines, to carnivals and small towns with marching bands. The only thing that kinda looks outdated are the character models, and the environments do lack color variety, but it fits the grim tone that the game is going for like a glove.
What I would really like to see in a future update is a little bit more gore: right now there are only head exploding if you execute people with the shotgun and burned bodies if they got hit by fire. I would love to see gibs when you use the rocket launchers, or limb removals when a grenade goes off.

The game is a twin-stick shooter with a simple goal: to kill every hostile in the level. You start off with a machine gun, and you slowly start acquiring an arsenal of death featuring shotguns, flamethrowers, rocket launchers, and even an all-new revolver. There are also civilians (and sometimes even animals) that can be killed, earning this game the title of controversial.
The controls are very smooth, especially compared to the original version: simply being able to aim and shoot using the mouse changes the entire game. There is also a new game mode called Rampage, which is a Score Attack mode with lots more civilians and enemies in the levels, encouraging the players to use different weapons and playstyles to get higher scores.

The enemy AI is decent, and usually plays more on the defensive staying behind walls and covers instead of rushing towards the player. (On the higher difficulty levels especially), they deal a lot of damage, so keeping check of the location of every single health pack in the levels is paramount.

The updated soundtrack and sound effects are great: the hard-rock music pumping through the levels keeps the adrenaline up to 11, and the screams of agonising civilians who are about to get their head blown off by a shotgun blast are oh so satisfying. The game features the original 17 levels (with the ones from the expansion pack to be released later for free) and the new Rampage mode. Also, knowing the developers, the game will be constantly updated for years to come, and I wouldn’t be surprised if they manage to add even more levels, Workshop support, multiplayer modes and even new DLC just like they did for the now 13-year-old POSTAL 2.

Overall, this is a very fun and satisfying twin-stick shooter with good replayability and with multiple updates to come. Highly recommended to fans of the genre and of the original game. And it definitely is better than Hatred.