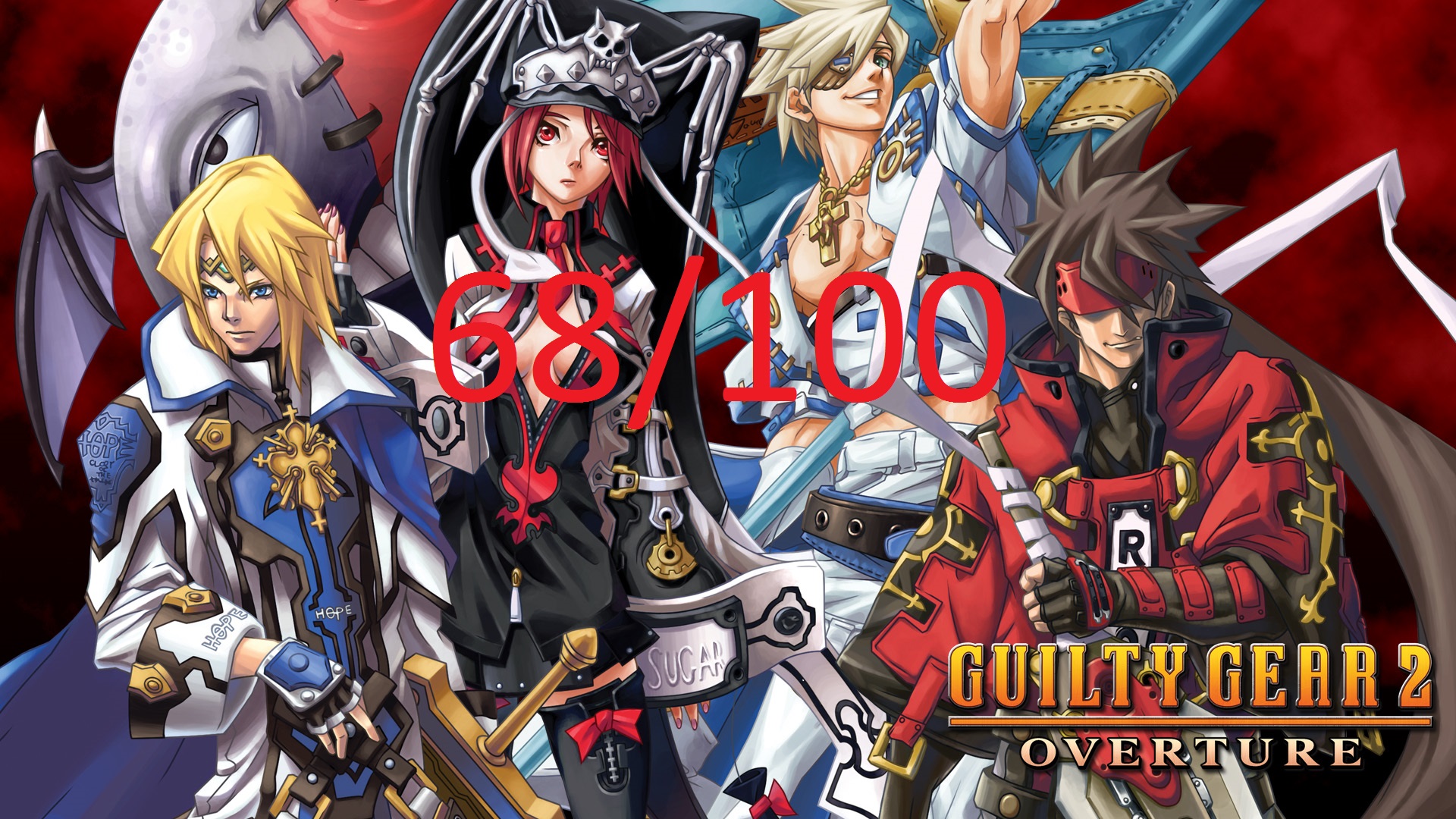 Do you have to be a hardcore anime fan to get into the game? Most likely. If you’re a casual gamer is it possible to get into it? Yes, as the concept may entice you or may confuse you.

Guilty Gear 2 -Overture- follows other anime concepts with some insane 3D attack combinations and visuals to go along with it. This is the bread and butter of the game play. I’m not completely familiar with the guilty gear series but I’ll try to give you the best low-down I can. You play as a character (mainly) named Sol who is a Gear. Gears apparently have abilities to use magic as they were formed from smaller molecular magical parts. The rising action begins when “sleeping” Gears begin vanishing from a Kingdom and therefore attempts to reach out to Sol as he’s under attack by a mysterious foe. This foe later turns out to be some weird girls wearing some questionable clothing. 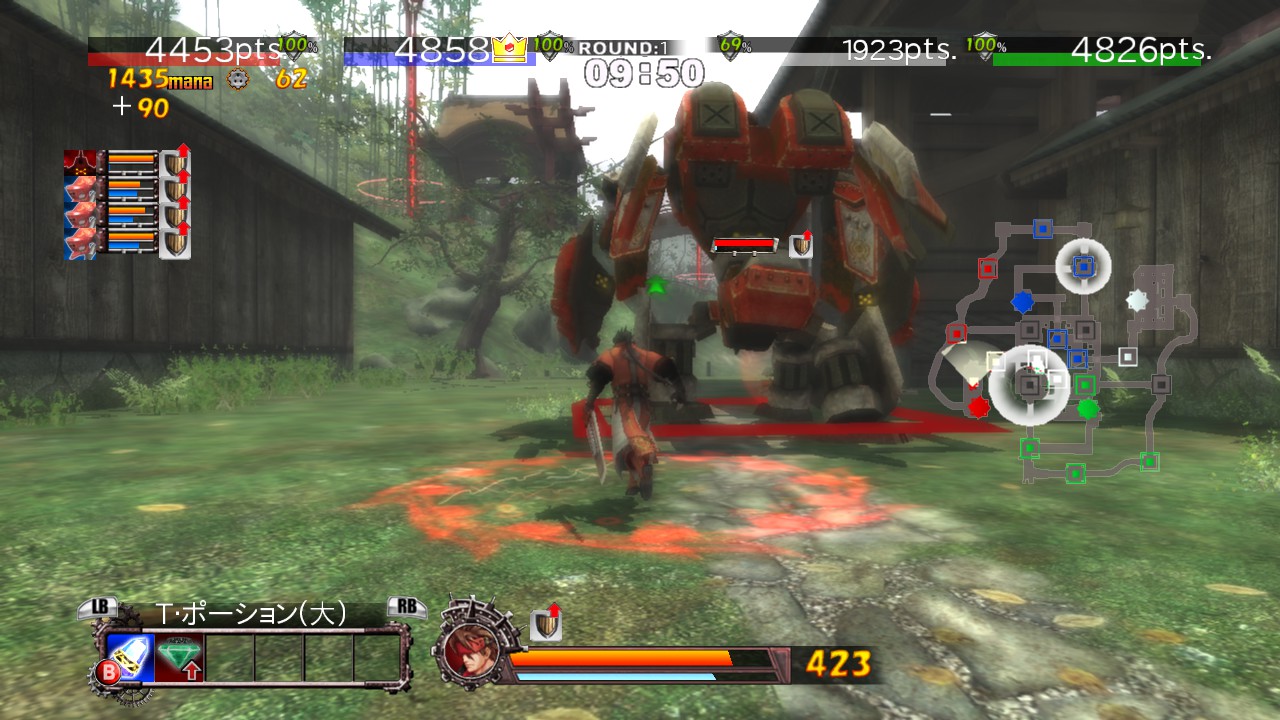 Guilty Gear follows mainly an over the shoulder 3rd person camera of Sol. Sol is able to attack whomever he pleases and can move around the map freely. His basic attack is X but can be mixed in with other combinations (such as pointing the left stick up/down/left/right) to add different effects. Magic attacks can be thrown into the mix by using >>>>>Y<<<<<< but a certain amount of mana is needed before you can let loose and go nuts. Sol also has the ability to dash (pressing A twice) and can jump (by pressing A). He is capable of sprinting at a variable speed depending on how much you crank the left thumb stick. Sprinting is a bit difficult as turning can prove to be a challenge. This is neither good nor bad as it just takes a bit of time getting used to. Sol can literally “drift” while he is running to make sharp turns. 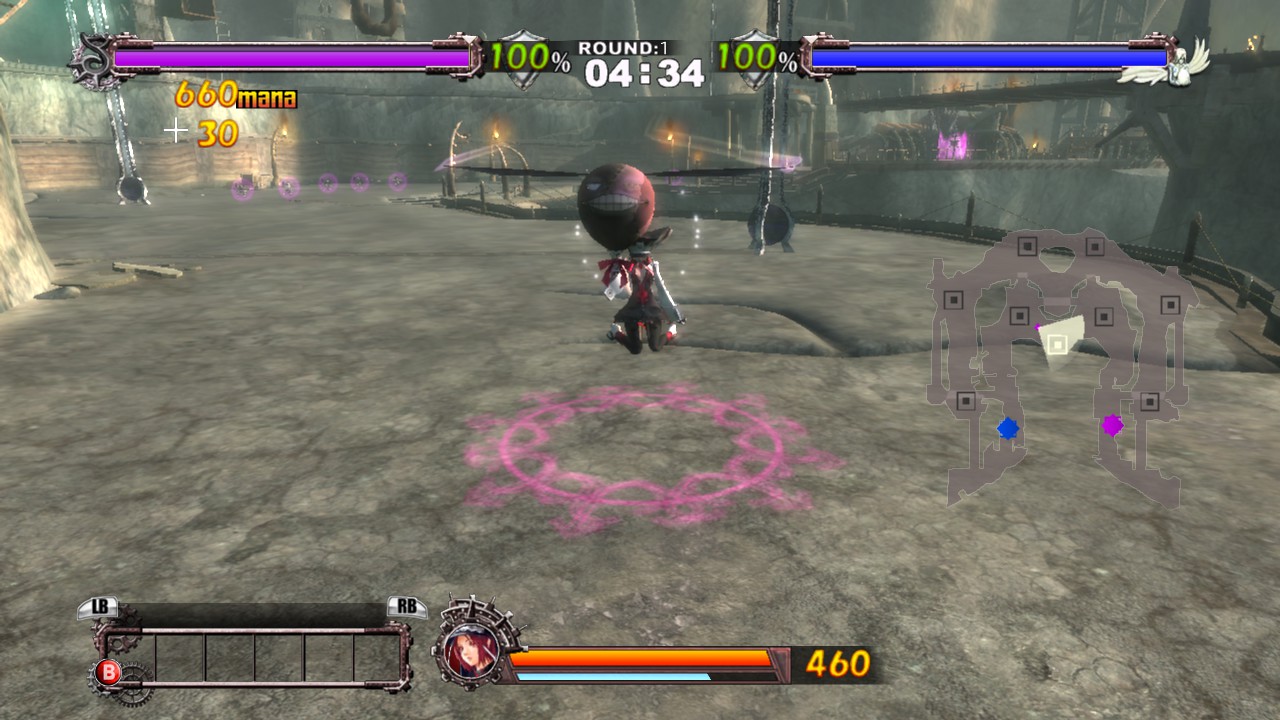 The main premise of the game is essentially an over the shoulder fight game with mixed elements of strategy. I’ve done some research on reviews and found a vast mix of opinions. Some like the layout this particular game took as it didn’t follow the traditional GG setup. Some didn’t like it as they couldn’t quite figure out if the game was this or if the game was that (I’m going to judge the game as I see it). To me, it seems that they’ve taken a tower defense game and added an attack option. This attack option largely consists of you controlling Sol in order to take out the opponents “Masterghost” (or the main structure that will lead to your victory). Smaller structures can be taken over to collect additional mana and create additional units. Sol may hit these structures in an attempt to take them over quicker. By default, each tower spawns units. These units don’t really attack one another but seem to count for 1 hit point each. If your unit collides with another enemy unit, chances are they will cancel one another out (unless a unit has been upgraded). Unfortunately, the player does not have control over these upgrades and is done automatically. A missed opportunity; they could have given the player more directive by giving them control over this. Sol can sort of control his own “robot” specialty units (each character have their specific set of specialty units). He can “pack” them into his inventory and release them where he pleases on the map. 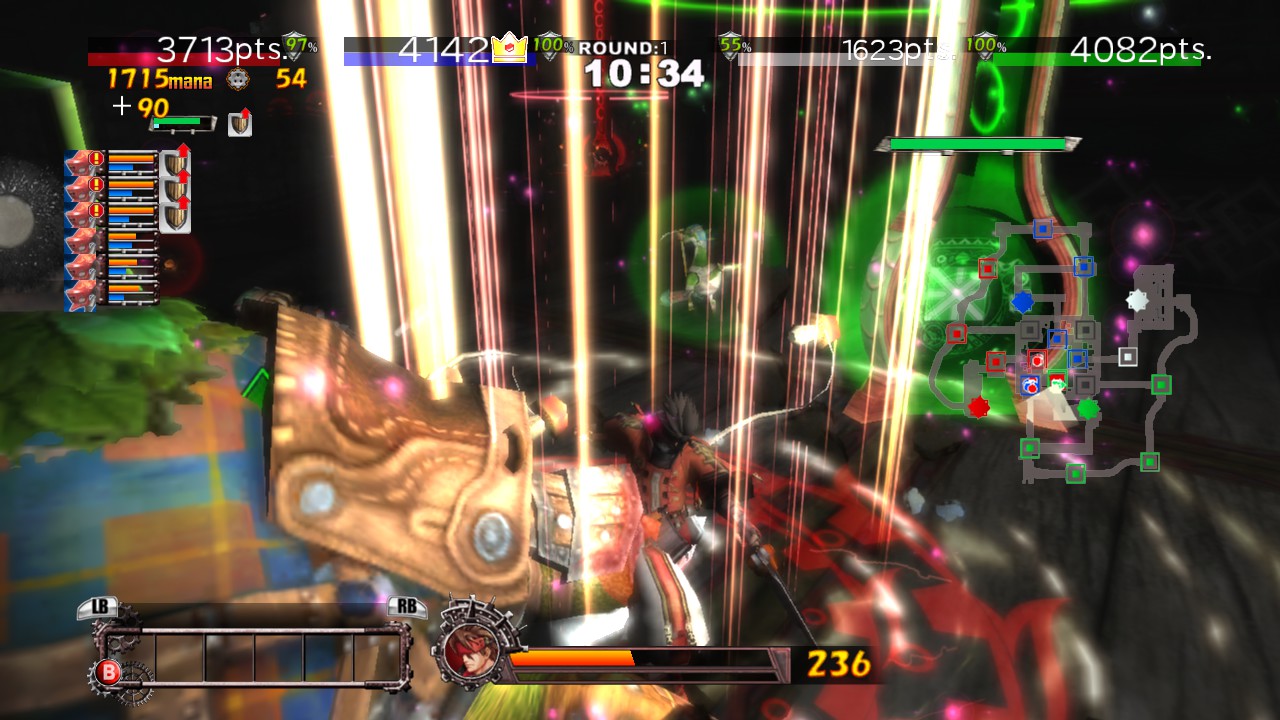 The inventory can be accessed by simply pressing “B” to activate the selected inventory. This can range from units, to specialty objects (used against bosses) and other miscellaneous power ups. The player can swap between inventory by pressing RB or LB. 6 slots are available and power ups can be found all around the map randomly. The game play itself is good at first, but can slowly start getting redundant to some player. I can see the animations that are associated with the attacks attracting players back to the game but I can see a lot of players walking the other way after completing a few missions. Either way, the game does have a solid story line to it if players are willing to watch the cut-scenes.

The visuals in the game are of xbox 360 quality and could have been upgraded for the PC port. The graphics themselves are not too bad and the background scenery is pretty good. Most of the animations are full and have a lot of effects. They definitely tried their best in including all sorts of creatively designed characters and enemies. The sounds are actually really authentic. They kept the entire game in Japanese (with English subtitles) which I think is great. I have no idea what they are saying but sounds cool. I’m sure players will enjoy the voice acting. The actual battle sounds are good but I can see some players becoming agitated from hearing the same dialogue (in-game) or impact sounds. 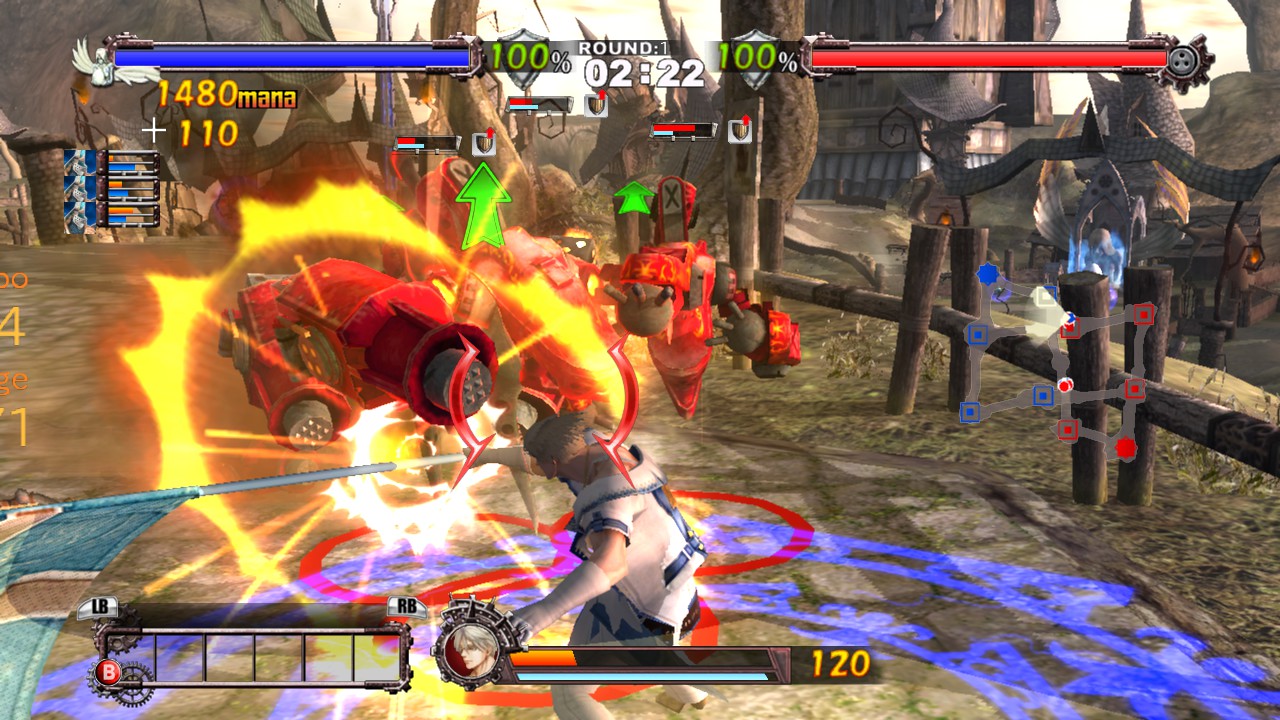 Overall, it’s neither a good game nor bad game. I think it’s something that someone can relate and become interested in the story which leads to playing the game. The game play itself is pretty cool and the concept they tried makes the game a unique one at that. The only game I think comes close to this concept is Sacrifice but you can’t really attack physically with your character. I will recommend this game but with great caution. I would highly recommend it if you see on sale for a solid price!