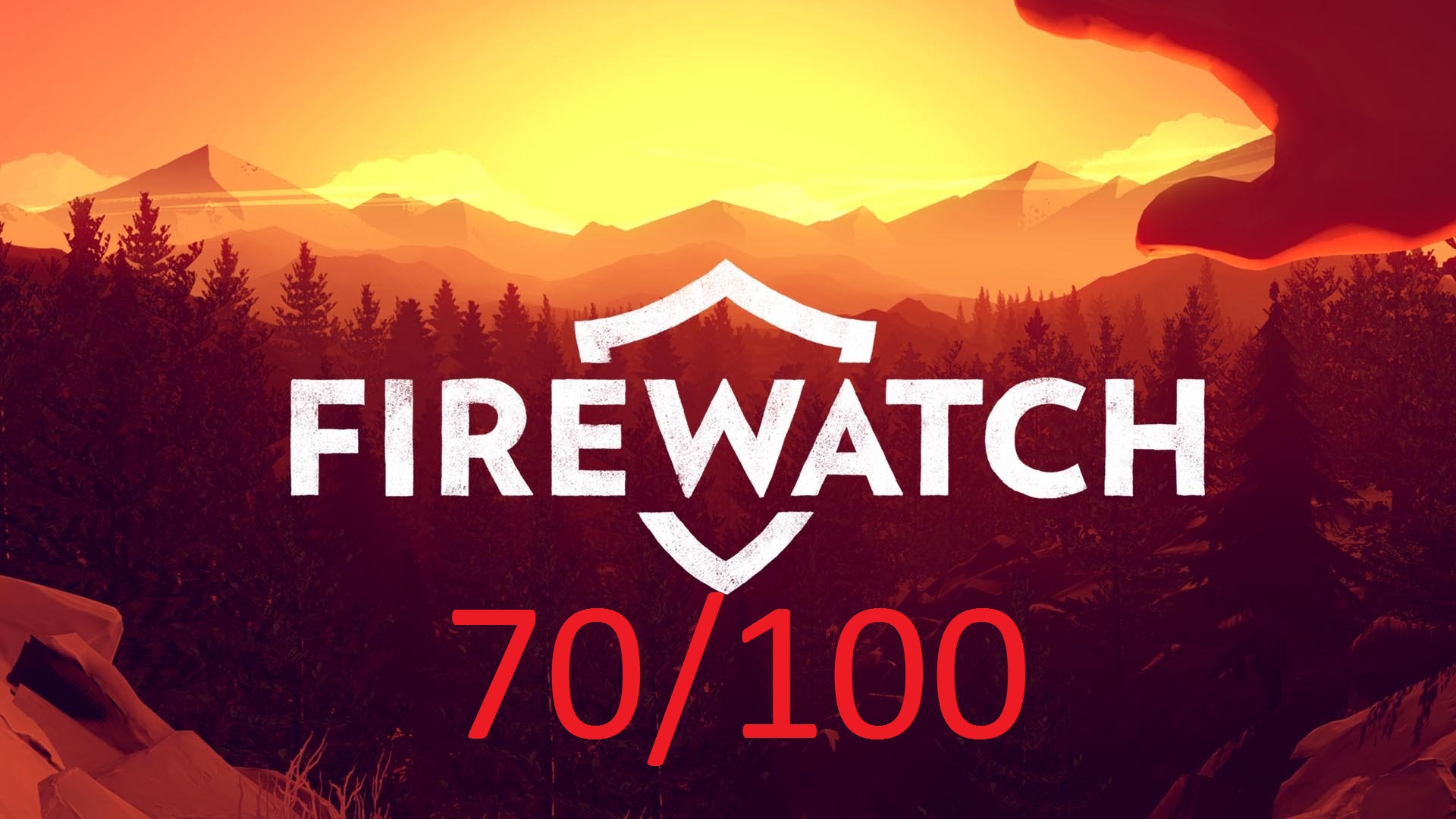 I’ve had my eye on Firewatch for almost a year, and I’ve been interested in this game. It looked pretty, the characters were interesting, and the overall story had a lot of potential. Does this game live up to the hype?

The game isn’t worth $20. I would recommend buying Firewatch when it’s at least $10. It’s a flawed game, but what it does right, it excels at.

This is one of the categories that Firewatch (obviously) does right. The graphics were done by an artist named Olly Moss, and they’re absolutely gorgeous. Firewatch is definitely one of the prettiest games I’ve ever played. The screenshots (if you haven’t seen them already) further justify my point.

I don’t play walking simulators (or in Firewatch’s case, a hiking simulator) very often. I’ll get into more detail with the dialogue when I talk about the story, but they all lead to the same conclusion, and your choices feel like they’re just there to give the characters some depth.

I did like the fact that there was no HUD, so you have to rely on a map and compass to get you to your location. One other thing I noticed is that there were minor glitches lurking around every corner, and although none are game-breaking, they can kill the mood sometimes.

This is where Firewatch is getting most of that negative reception if you looked at the Steam store page. I can understand where they’re coming from.

The game starts off great. Once you start to get further into the game, you’ll see the mystery begin to unravel. The suspense building is amazing, and I was hooked.The dialogue options give Henry and Delilah more depth as characters, and as a result, they feel like believable and relatable human people. However, where the game fails is the ending. While the suspense was amazing, the execution felt rushed and the ending was abrupt. After I finished the game, I stared at the screen, thinking there had to be more after the credits. The ending really killed the buildup, and I was disappointed by how the story played out at the end.

Another spot where Firewatch exceeds, the voice actors for Delilah and Henry played their roles amazingly well. I’ve already mentioned this a few times, but they both feel like genuine human beings.

The voice actors make this feeling ten times better. I can easily say that Firewatch has some of the best voice acting I’ve heard in a video game, if not the best. One problem I did have, however, is that there was a lack of everything besides that. There was music, but it only played occasionally. There were sound effects, but not many, another reason why the audio falls short of perfection. However, the good definitely overshadows the bad here, so that’s all made up by the phenomenal voice acting.

The game is really short. It’s only about 4 hours long if you take your time. I wish it could have been longer because the story ended so abruptly, but at least it didn’t last like an hour. The choices don’t really mean much in the long run, so you’ll probably do one playthrough of this game and move on. Maybe you’ll see how Delilah reacts with different dialogue choices, or maybe find some easter eggs, but that’s about all of the replay value I see the average player getting.

Although the game does have a really weak ending and a pretty high price of $20, Firewatch is still one of the most realistic games I’ve played. I would recommend picking this one up when it goes on sale for about 50% off. In the end, Firewatch is not the magnum opus of storytelling or anything like that, but the experience was still really good for the most part.