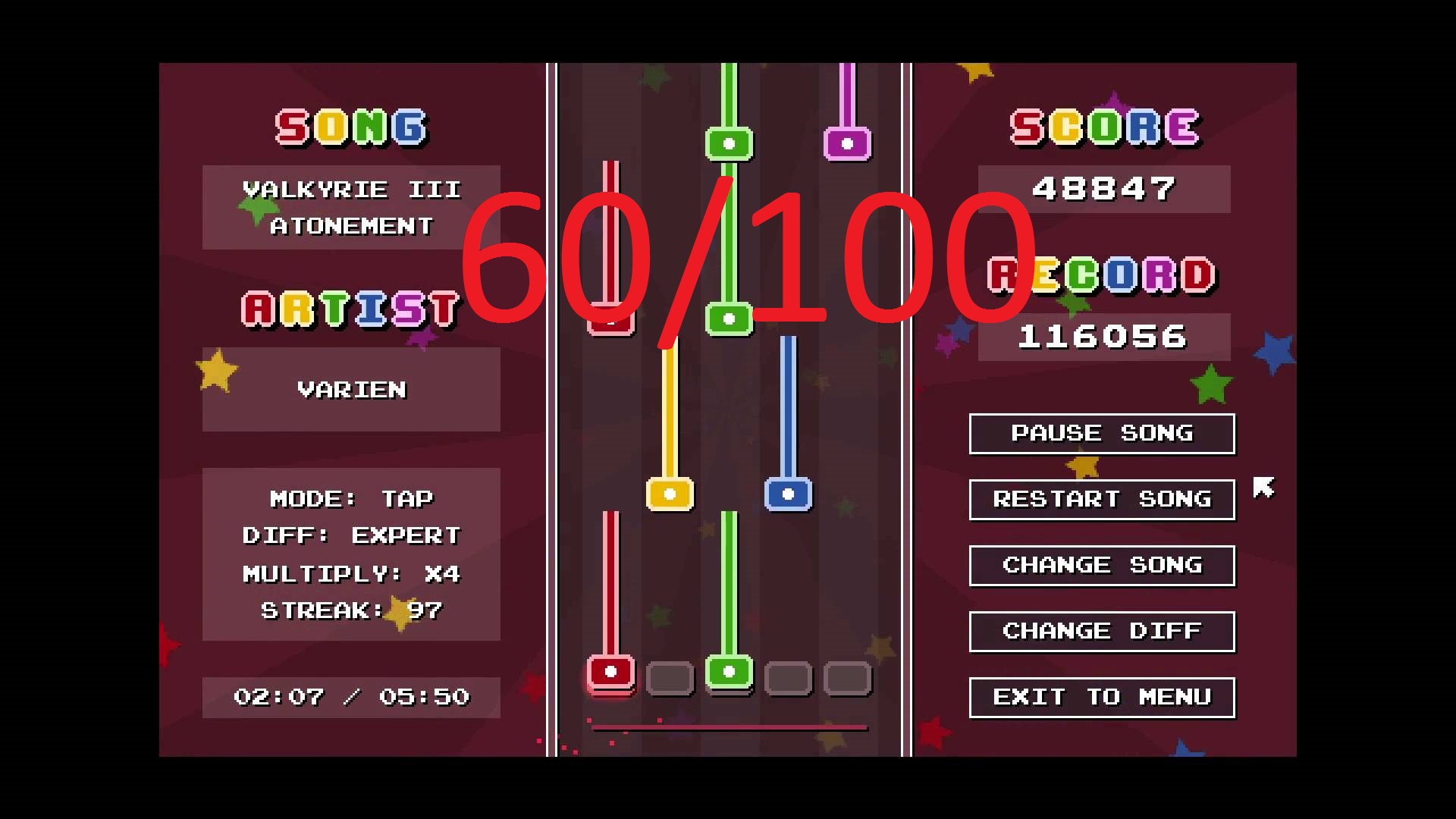 Rhythm games were always a guilty pleasure of mine. The genre regained something of a small resurged thanks to Crypt of the Necrodancer and Chiptune Champion looks to open a new year in style with some toe tapping melodies. Chiptune Champion is a challenging rhythm game with an interesting control concept and the ability to create and add your own chiptune songs.

The game plays like a retro version of Guitar Hero, the only difference is that you hold your keyboard like a weird keytar (a guitar keyboard) as you time the buttons to the rhythm of the music to rack up a score. The whole presentation is bare-bones, but it gets the job done. Notes come from the top of the screen and the appropriate number key needs to be held while pressing the enter key on time, very similar to how Guitar Hero and Rock Band are played.

Games like this live and die on their music. Chiptune Champion comes with 40 ‘official songs’ from artist like MegaWolf77, 8BitHeros and Rymdkraft. They cover a broad range of different types to chiptune and the majority of them are pretty great songs. Each song comes with 3 different difficulty levels that add an additional challenge to make the game harder to master. Of course, games like this wouldn’t be complete without leaderboards to compete against the world. Players who score high enough can get featured on one of the leaderboards, weekly or all time. Only your highest score on a song counts, so no worries about a single person holding multiple spots on the leader board like in an old style arcade game. 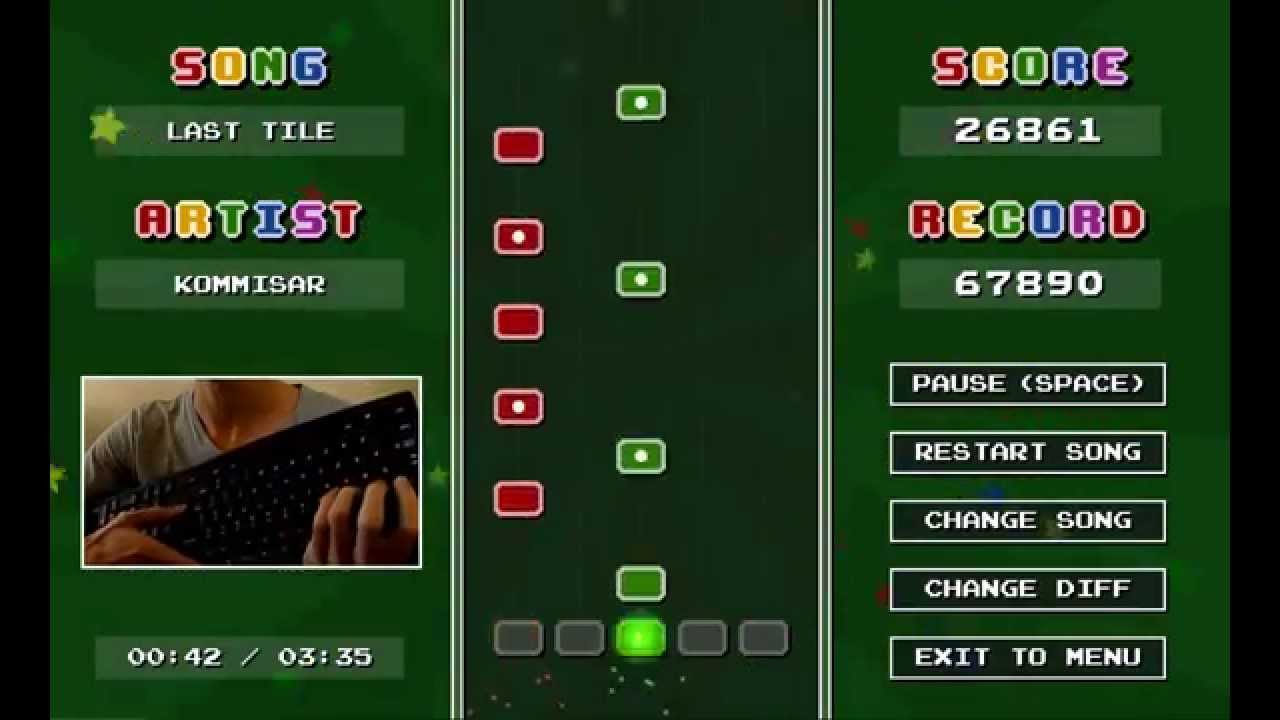 One the best parts about this Chiptune Champion isn’t its Guitar Hero style gameplay, but the fact that you can also create your own songs and then share them across the internet. On top of the included 40 songs the game also features the Track Editor which allows players to create their very own chiptunes songs and share them on the Steam Workshop. The tutorial for the game links over to YouTube. According to the developer Blake Garner the tutorial was so long that he found video to be a more appropriate medium than a giant wall of text. The tutorial video is clear and easy to follow. Everything is explained very well, allowing you to start making music in a matter of minutes.

The graphics are simple but fun. They fit the game perfectly and work wonderfully with the 40+ songs in-game. Despite all of the songs being chiptunes, there is a surprising amount of range to the music included in the game. Some songs are very poppy and catchy, while others seem like they fell straight out of Castlevania. This does a great job of preventing the game from becoming stale or the songs from becoming annoying over time.

Chiptune Champion strips away a lot of the rubbish that other games have. No gimmicks, no cumbersome cross-genre gameplay. Just good old fashion tap along to the beat. It’s hard, sure, but that means that when you eventually manage to get through a song it feels all the better. It’s something that steam until now surprisingly has seemed to have lacked.

Overall, this is a really fun rhythm game with cheerful graphics and fun chiptunes that are guaranteed to trigger your nostalgia. With over 40 songs and latency adjustments to fit your device, this game is already a pretty good buy at $9.99, but the Track Editor is by far the biggest selling point to this game. The ability to easily create your own song and share it with players on the Steam Workshop is just amazing. I won’t at all be surprised to see this game stick around for a long time just for that aspect alone. If you are a fan of rhythm games, I definitely recommend checking out Chiptune Champion.