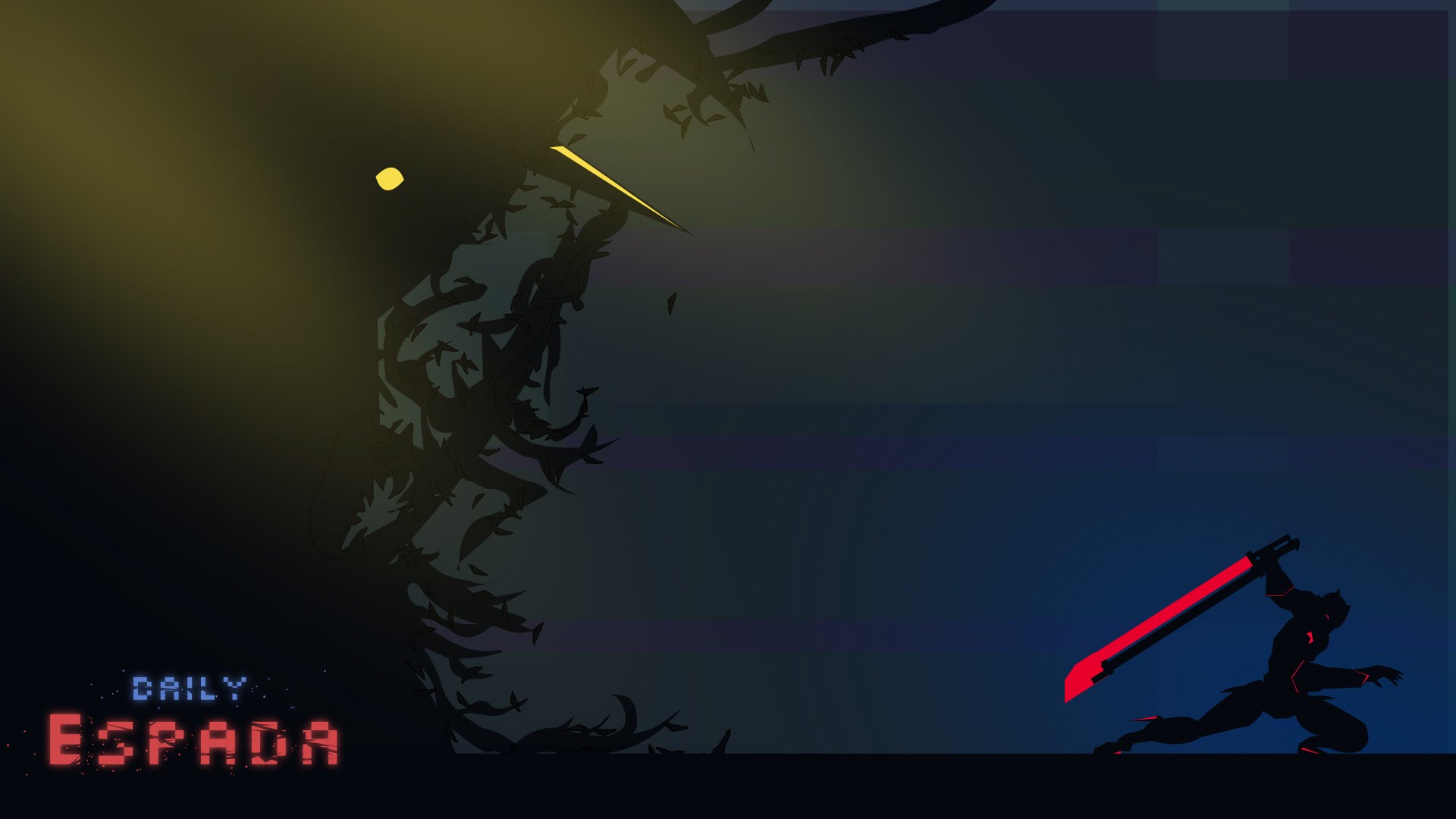 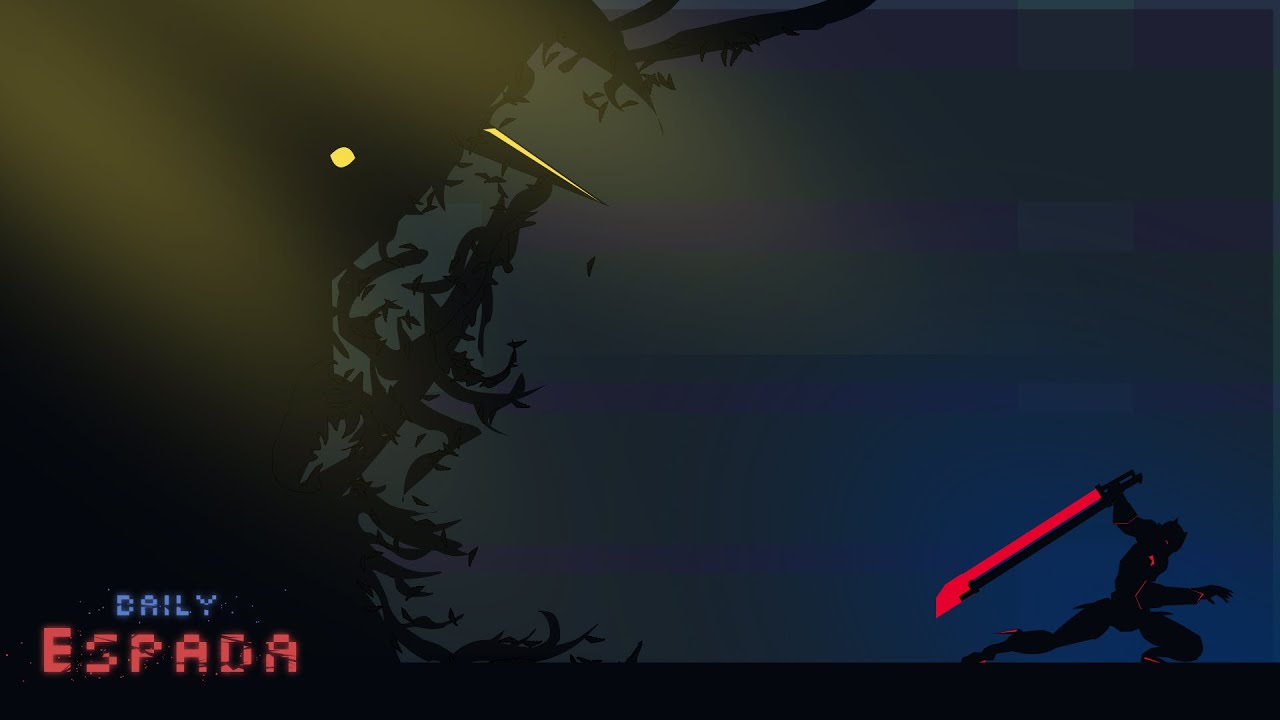 Everytime I read Daily Espada or just Espada, I always think on Spain or something Spanish, I don’t know why, but maybe Espada is a spanish word. Development team behind this game is from Brazil and they speak Portuguese and Portugal is near Spain!? I know, what a lame intro for the review.

I assume that Daily Espada is happening in the far future, because of the story and where is the game located. There is a bit of drama in the story, but nothing too much. You are a normal family man who decides to participate in the reality show. There is only one catch: this is not the normal reality show as we have in this modern time (Survivor, Big Brother and others). In this reality show you must fight the monsters and kill the bosses on the each floor to get rewards. Rewards are very interesting, after the first boss you get brand new house, then you get your daughter’s full paid education and many more. Throughout the game you will receive emails from your family, specifically from your daughter and wife. Both of them are in the different mood, wife is happy that you are participating in reality show and she will be even happier when you win all the rewards. On other side, the daughter isn’t really happy and rewards will not make her happy. From the emails, you will find out that mother and daughter are not getting on and daughter is begging you to quit the show and comeback home. This is where I will stop with the story, because I don’t want to spoil it anymore. The story isn’t anything special, but at least it has some drama, if we can call it a drama at all.

This game is very dark. From the story, location, time, graphics and just the whole presentation of the game. I don’t mind it, in fact I like it. I one of those people who wears black shirts in the middle of the summer and no I am not darker, emo or gothic guy. I would compare Daily Espada with Mute Crimson+, another game that mostly used the “dark” colors, it was beautiful and so is the Daily Espada world. Darkness isn’t just the graphical thing, it’s a gameplay thing too and game will try to use that whole dark world to confuse you and beat you. Developers took inspiration for this game from Brazilian folklore and mythology. Design of the characters are marvelous, but I can’t say same for the level design. Every floor is almost designed the same, the only real difference is that some of them have more elevators (read: rooms) than others, you have the feeling that you are almost always in the same how to say “screen”. It looks like they’ve put the all focus on the bosses, because there  are only small number of “normal” monsters that you will need to beat in order to get to the boss. I am not saying that’s bad, but if they made levels a little bit different, more diverse and if they didn’t focus too much on the bosses, this game would be even better.

Daily Espada is fast-paced side-scrolling game. In first few minutes you are just a normal person, but later you will transform to a super human or berserker. When you are a normal person, you are very weak. You have the sword and gun to attack and by now I realized that your best chances as a normal person is to just shoot from the gun, because when you are a normal person, you are too slow to do combos with your sword. When you transform to super human, now that’s completely different story and that’s where the gameplay changes: pace, insensitivity etc. Using both sword and gun is crucial + the special attacks and combos that you have on your disposal. Throughout the game, you will find terminals. In terminal you can read emails, read files about the game and the most important thing you can spend your CPs on numerous combos and special attacks. The game has a lot of combos and special attacks. You can combine them in countless combinations. For example you have an air combo, normal combo and jump combo. If you choose air and normal combo, later you can remove air and choose jump combo instead. Points don’t stick to combos and attacks, you can always make completely new combination. As of special attacks, you can activate them by pressing S and then choosing which one you want to activate. Those combos and special attacks is what adds that nice touch to the game’s combat system and the whole gameplay. Combat and the whole game is fast-paced, interesting, intensive and hard. Maybe you will defeat the first boss and maybe the second one easily, but further you go the bosses and normal enemies are just harder and harder. Be prepare to die, not a lot, but certainly few times.

There are total of 6 difficulties in the game. I am playing on the second difficulty, the rookie difficulty. Believe me it doesn’t matter which one you choose, because you will have hard times on each difficulty. Maybe the word “hard” isn’t the best to describe the difficulties, because enemies and bosses in this game aren’t really so hard, they are more frustrating, because of types of attacks they have. Daily Espada has one great feature if we can call it like that. Game offers you to kill each boss on three different difficulties. For each difficulty you will get better reward. Once you finish all bosses on one difficulty, you can try to beat them on two other difficulties or you can beat each boss immediately on all three difficulties. Controls are very simple. with X you attack with the sword and with C you shoot with your gun. Controls are very fluid, responsive and it makes game a little bit easier. I think that Daily Espada and games like Daily Espada are much better with simple controls and the more complicated controls or scheme of controls would make game just bad and probably not so fun.

Who says that darkness cannot be beautiful? Daily Espada is the example how you can make even the darkness beautiful and useful. Fast and immersive world of reality show in which you, the normal person, is trying to kill big monsters and earn rewards for himself and his family. Fast, interesting and intensive combat with numerous combos, attacks to choose from and making countless combinations. Unique enemies and bosses taken from Brazilian folklore and mythology will make your life harder, but in a good way. Daily Espada produces that feeling that makes you wanna play more, just one more level or just one more boss. The famous sentence we said/say and will say for countless times. This game certainly has my recommendation and for €10 you will get enough hours of fun, sweat, blood and many other things. Prepare your nerves for this game, but don’t be afraid.