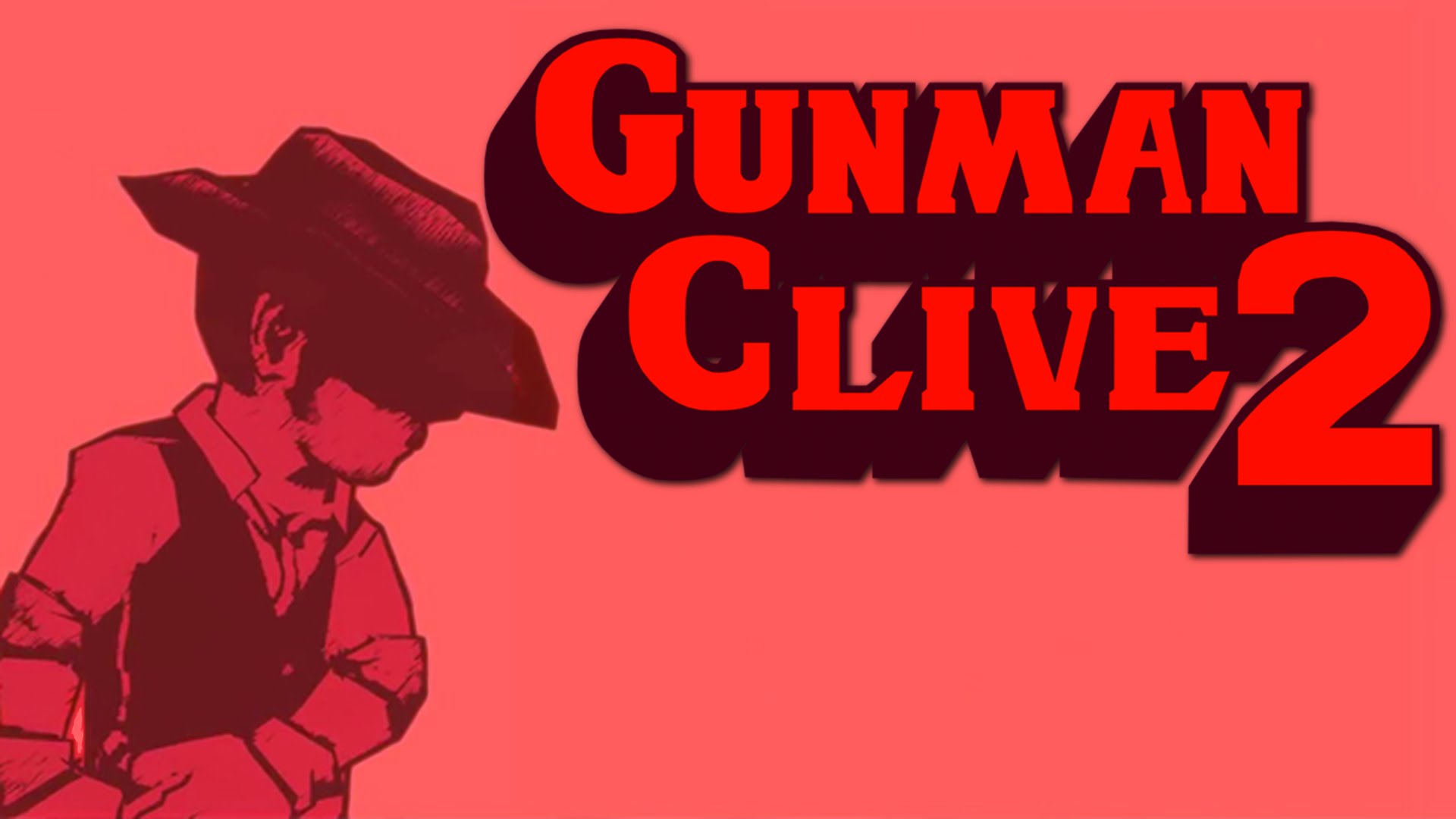 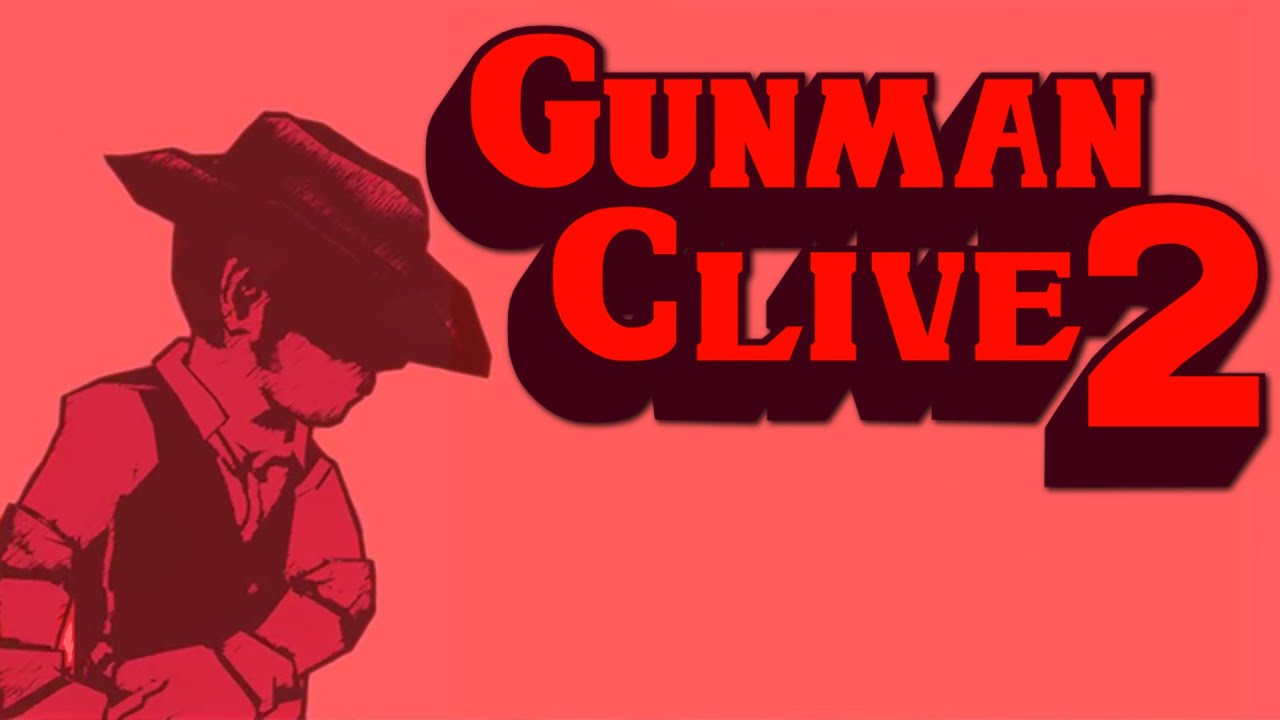 Do you remember Wild Wild West movie with Will Smith? I sure do, especially that giant robot spider. That same machine can be found in Gunman Clive 2, immediately when you start a new game. I wonder was that movie an inspiration for the game or just one of the inspirations?

I haven’t played the first Gunman Clive, but it looks like graphics haven’t changed so much. The game is still using full 3D graphics with unique sketch shaded artstyle. Not a lot of games are using this type of shading, especially not a lot of good games. When you add good and catchy soundtracks, you get an enjoyable audio/visual experience. This is like a third game in the row that I am either reviewing or previewing that has amazing, beautiful and a little bit catchy soundtracks. I must say immediately in the start, that I am amazed with the game, my first impression of the game was just big WOW and this is how I described the game to my friend: F***ING AWESOME GAME. This is one of those games that you must play, there is no excuse to at least give it a try. When I was younger, well to be more accurate when I was a kid, I always preferred RTS, FPS and sport games, but now as I am older, I don’t have any preferences. I always say and give every and any game a chance. I think that’s the only right path to get real and best experience of the game. If you think this game sucks, because it’s a platformer or it doesn’t have the 3D realistic graphics, then you can’t call yourself a real gamer. Just give it try and then speak or write about the game. Don’t have prejudices! 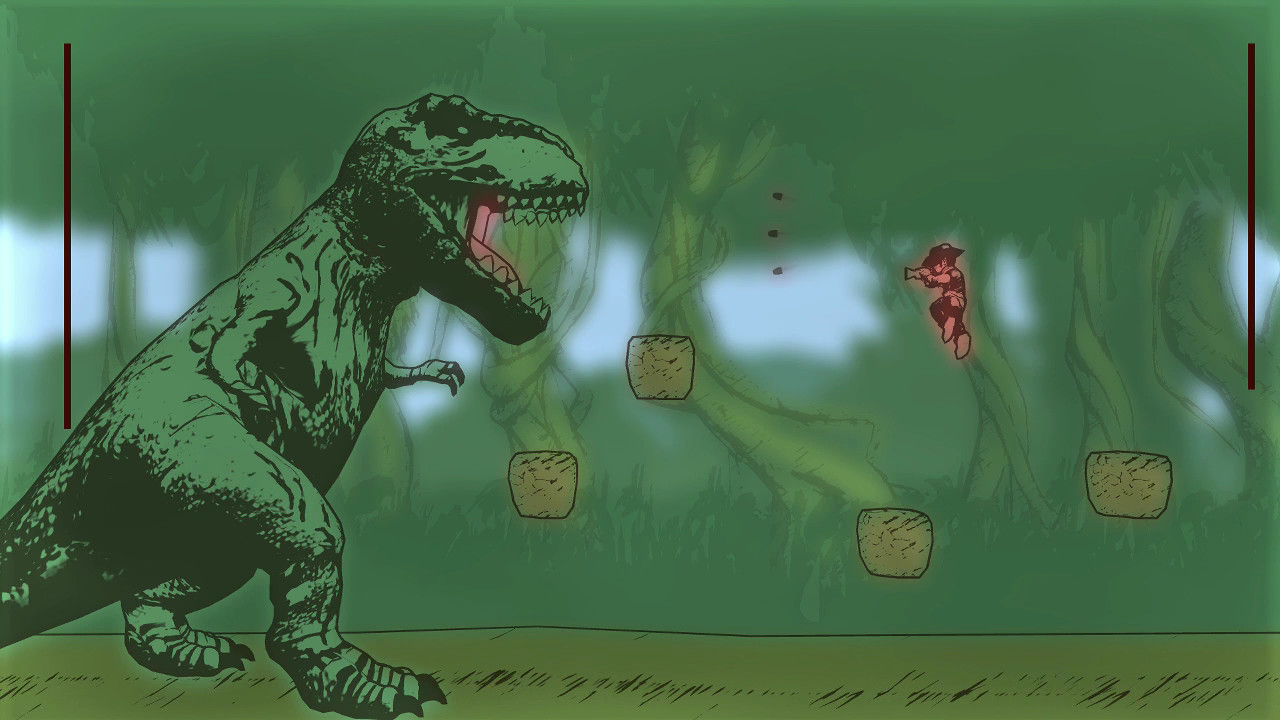 That was a little bit off topic, but let’s move on with our review. Gunmam Clive 2 is the second game in the row with word gun in the name and it seems like this game and the previous one I previewed (Gunnheim) are somehow releated. Both games gives you a default weapon and thats ok, but eventually in both games, enemies will drop some other weapons. There is one, I would say: big difference. In Gunnheim default weapon have an unlimited ammo, but every other weapon has a limited ammo. In Gunman Clive 2, every weapon have unlimited ammo, but if you get shot by enemy or you just touch them, you will lose that special weapon. Thats the big difference between those two games, if you compare them of course, but that’s understandably, because Gunnheim is fast-paced game and to achieve that fast pace, you must put limited ammo. On other hand Gunman Clive 2 is medium-paced game and that’s why you can put unlimited ammo for every weapon in the game, but then again developers could have put limited ammo too. I wonder would game be better with limited ammo? Nevertheless both developers did great job, especially Gunman Clive 2 developers. 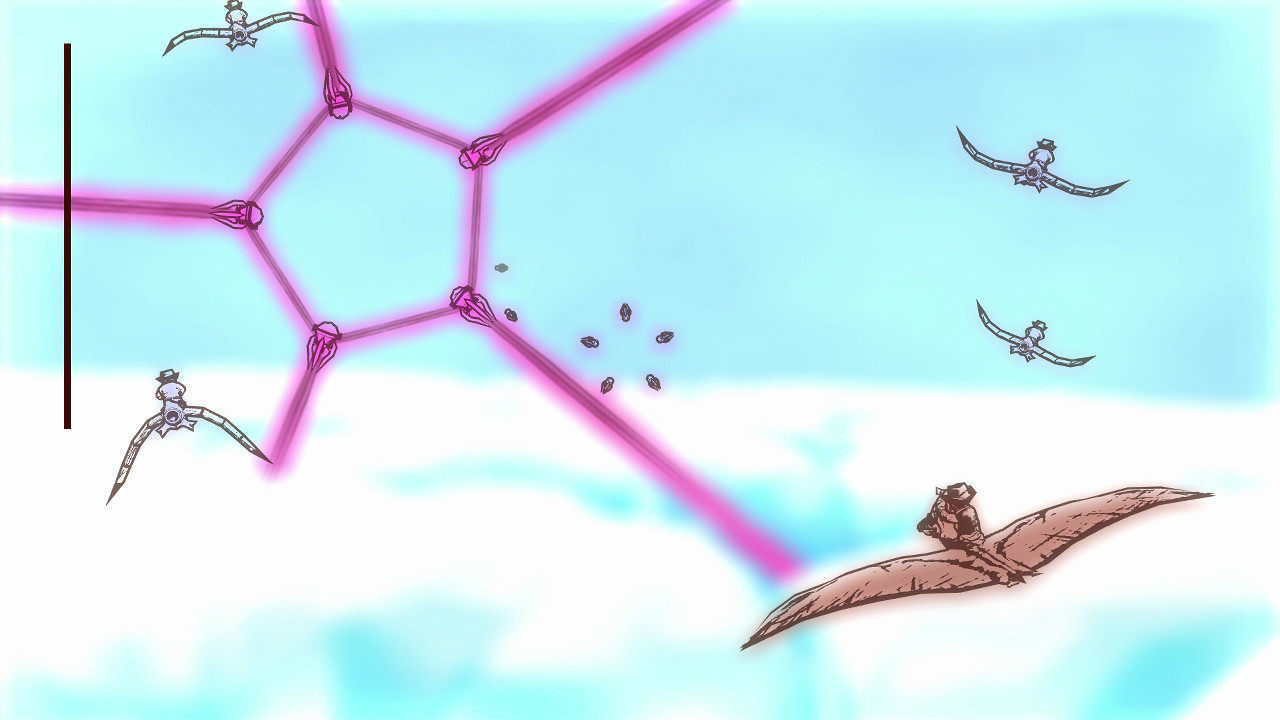 I had a lot of fun with this game, even though it’s too short. Diversity in the gameplay describes this game the best. One level you are doing normal side-scrolling platformer, then few levels later you are flying or you are running away from the boss that is chasing you. It looks like this game is having some kind of physics in the game. You can see that, when you are playing an icy level or when some object is rotating and you don’t time the jump. The game really surprised me with how gameplay can be so much fun. The side-scrolling platformer levels are done great, it’s a mix of killing the enemies and bypassing the obstacles. There are I think three flying levels, which are done very good, too bad there aren’t more flying levels. Only thing that I can complain about flying levels is the shooting while flying. It’s a little bit hard. When you add everything written above, this game is just superb. 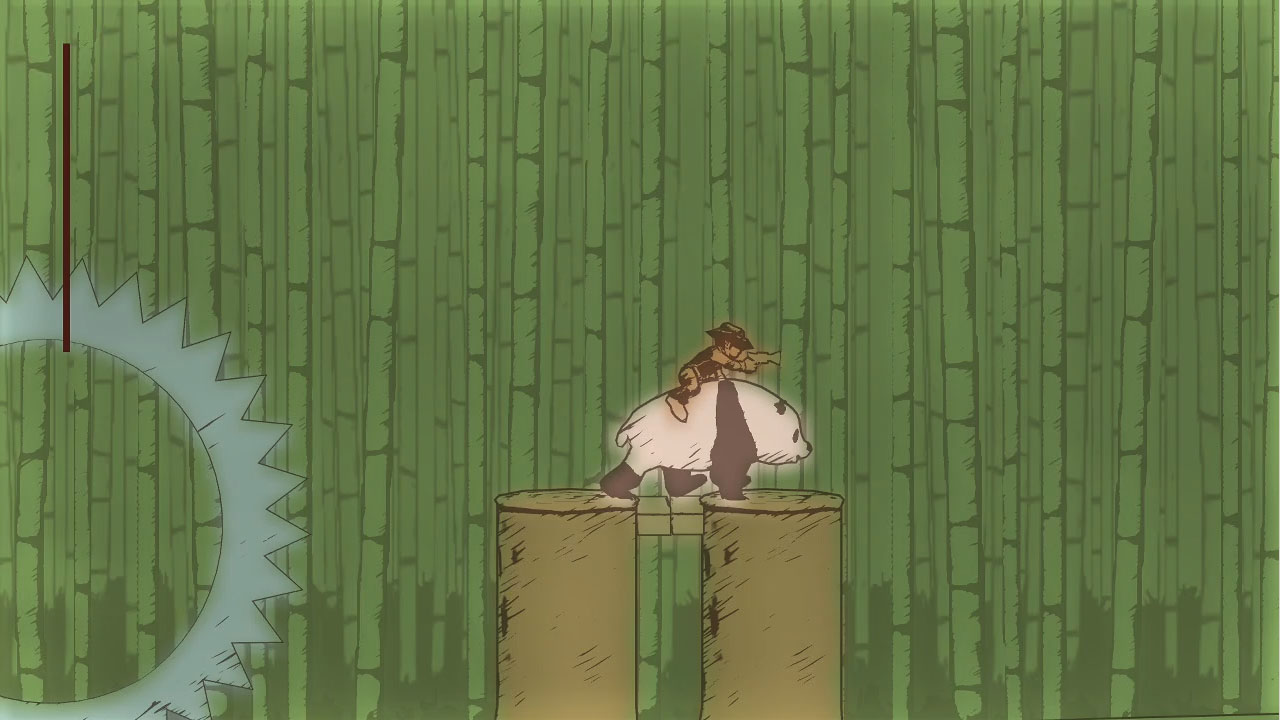 There are two problems about the game and one of them you can call either a problem,mistake or just unused potential. First of all lets start with duration of the game. After 2.5 hours on normal difficulty, I have finished the game. Yep, 2.5 hours, too short, but for 2.99€ that’s enough. The first Gunman Clive costs 1.99€, so that game is even shorter or I am wrong? I don’t know whats the reason to make such a great game so short. First of all, they’ve chosen the whole world as a location, so you have plenty of material to create levels. The level design is superb, but it’s either me playing on normal difficulty or the levels are just short. Thematically speaking, levels are very diverse, very different and you will never be bored. Maybe making double amount of levels, longer levels or just make harder levels would extended game time? I mean after playing 2.5 hours, I am a little disappointed there aren’t more levels, you can try and finish the game again, maybe on a harder difficulty or try to finish the game with one of the three other characters. 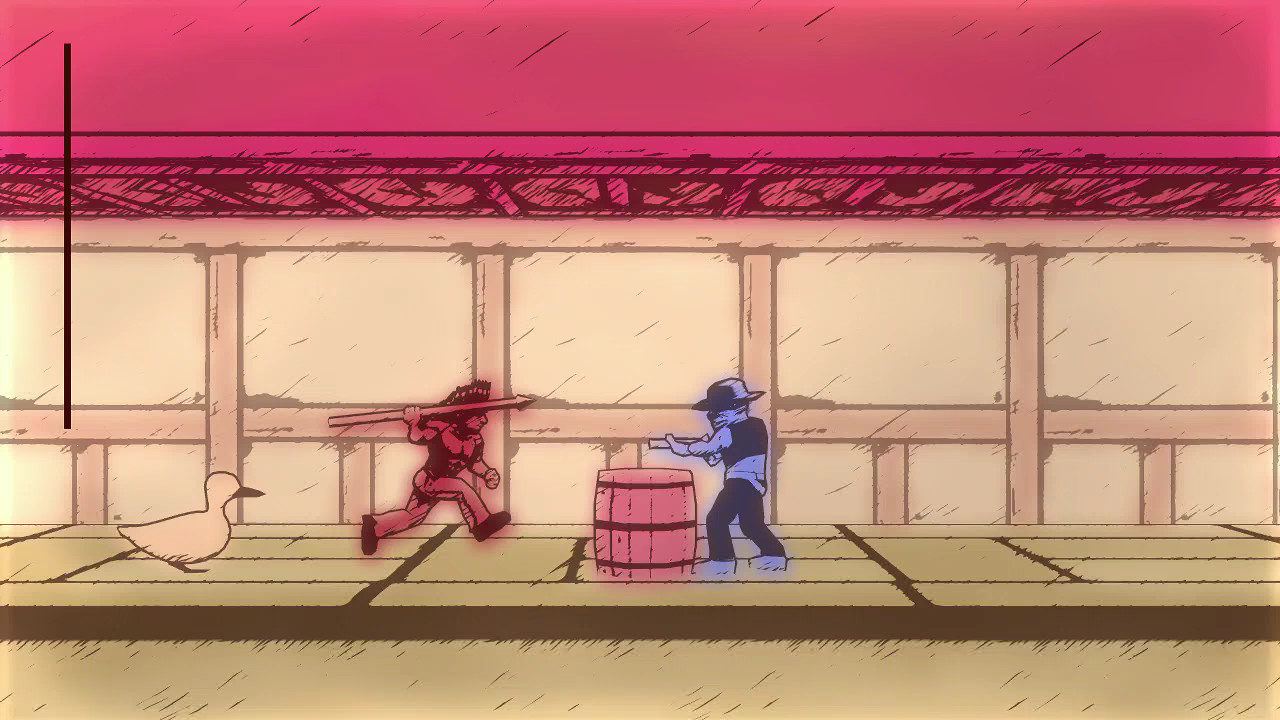 Gunman Clive 2 doesn’t have a real story, the story goes like this: “After rescuing Ms Johnson, Gunman Clive returns to again find the town under attack by bandits. To stop them once and for all he must chase after their leader; an adventure that takes him all the way around the world, facing bigger and deadlier enemies than ever before.” It looks like the first Gunman Clive had some kind of story, maybe I am wrong, but still it’s much better than this story. This is just pretty standard story and even though the gameplay is incredible and fun, without the story it isn’t the best gameplay you can experience or get from the game. Thats why I didn’t know how to call this either a problem, mistake or an unused potential. I will go with the last one. This is certainly an unused potential that would probably make this game longer, more interesting and more fun than it is now. 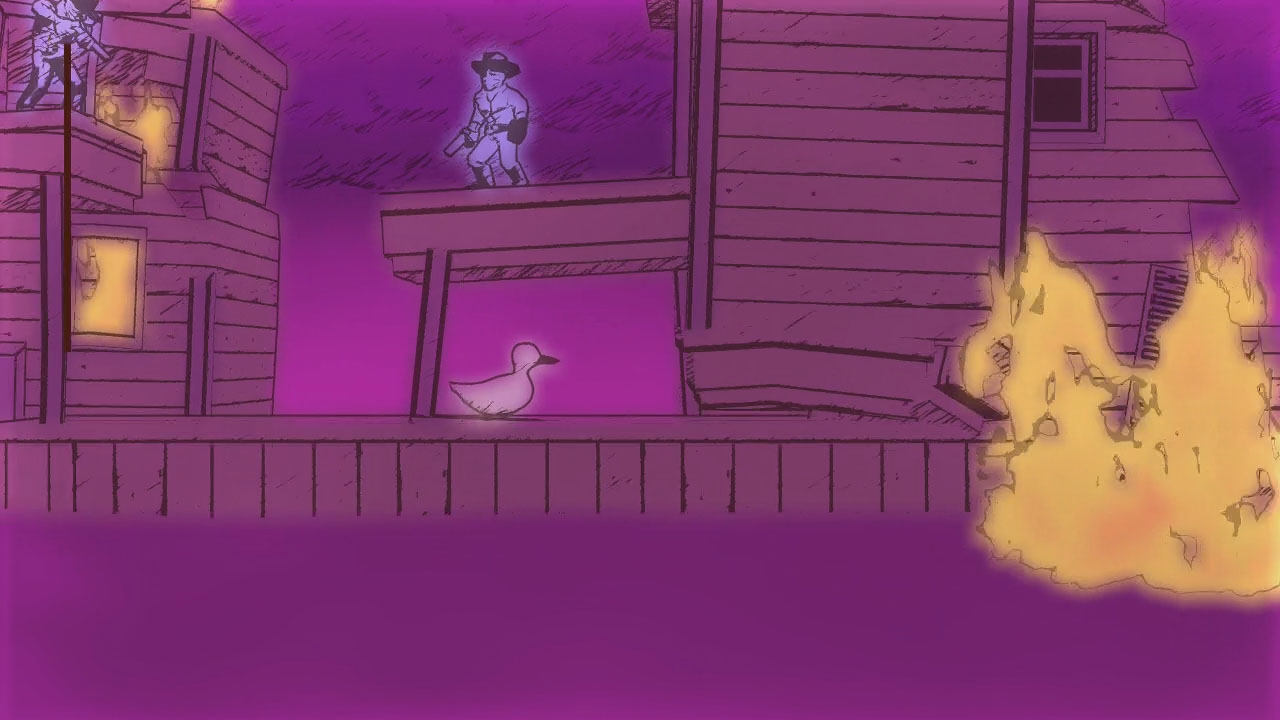 Incredible platformer that brought a freshness to the gaming world and especially to the genre. With unique combination of 3D graphics and sketch artstyle I can only feel sorry that developers didn’t present some real, deep story. Gunman Clive 2 is interesting, fun and too bad that it isn’t longer, but for 2.99€ you can’t expect more, right? I totally recommend this game, from all games I reviewed or previewed I recommend this one the most. You must have this game in your library and play it from time to time, just to rest your brain.