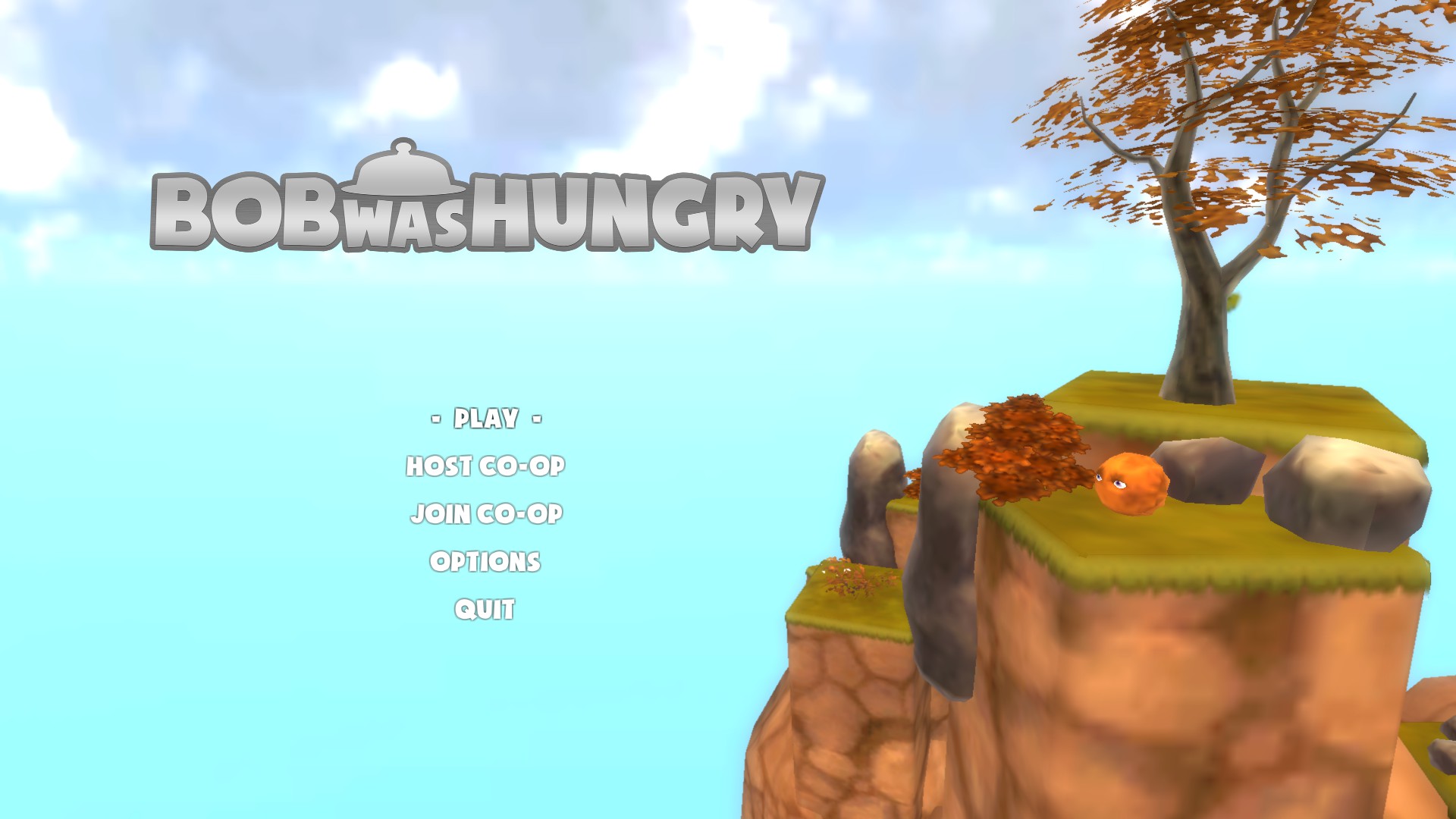 Will you be able to keep Bob fed and alive or you will fail in a quest to find food for hungry creature? Don’t rush or you will die, a lot!

Bob Was Hungry is game with strange title and intersting gameplay. It’s nothing new or innovating, it’s just that we don’t see games like this, coming out every day, by that, I mean good games. It’s a sidescrolling platformer, a hardcore platformer, but don’t be scared by the word hardcore.

The story of the game puts you in the role of one of the bobs. He is scouring the universe for food for millions of years. Most of the time Bob didn’t have any problems with the food, because there were planets made of cheese, but greedy as he was, Bob ate two or three planets and now it’s rare occassion for him to find a cheese planet. On your journey, Bob’s spaceship colided with asteroid and crashed on the planet. Now you take control of the Bob in a search of food.

Can a modern game be without any type of multiplayer? I don’t think so, thats why Bob Was Hungry has co-op modes, beside single-player campaign. There is only one problem with co-op modes. There isn’t any server browser or dedicated servers. Players alone needs to host a co-op and host needs to give you required info to join him. Either you will need to play this game with friends or search for players somewhere on the internet. If you are single-player only, then you will not have any problems, because the single-player is quite challenging and when you finish it, then you should go and test your skills against friends or random people.  There are four co-op and multiplayer modes:

It’s really too bad that I wasn’t able to try co-op and multiplayer modes. I was watching videos and those modes looks fantastic and very fun, especially if you are playing with friends. Game can be quite competitive and very frustrating. Reminds me when I was playing either PES or FIFA as kid with my friends. Some people tend to throw joysticks to the wall and it looks like, thats very common in the world?

There are five planets in the game for you to conquer. Each one is thematicly different. Thats always good to see in games. Beside the setting, each planet brings different obstacles and different level designs. Each level is unique and very challenging. Shorebound Studios showed how one studio can be creative and thats what was missing in Citeremis game Rats Time is Running Out! Here the deisgn of whole game, keeps you and drives you to play more. It’s always fun, you are not bored. If you want to have good and happy experience with this game then the key to success in platformers is mastering the controls and that will be almost a hard task to do, the key word is almost! First few levels are easy ones as always, but as you progress to the last level, things are getting more complicated and you must show your best skills. There are total of six buttons to use in this game. With WASD you move Bob, with SHIFT you dash and with SPACE you jump. Maybe there aren’t a lot of buttons to use, but Bob is very sesnitive creature. If you press right or left too much, you will die. If you don’t hit right combination of buttons, you will die. If you don’t do right timing of some jumps, you will die. As you can see, you will die a lot and I can confirm that. In the last level of first planet I needed to die more than 100 times, before I managed to finish it, then I had problem on 15th level I think, where the number of deaths climbed almost to the 200. Beside mastering the controls, sometimes it will be required to explore the level, because on the each level there is a hidden bottle of something and if you collect it, then you make a food combination. To finish a level you need to reach a pallet on the end of the each level. You are not forced to find and collect hidden bottles, but it’s a bonus.

What makes gameplay easier and fun is that there isn’t life system or health system, instead of that you have a death counter in right upper corner, above the timer. Most levels are hard I would say, maybe only first few levels are easy, but sometimes even the first levels are going to be tricky to finish. When you finish with easy difficulty, you can try to finish all levels again, but this time on a hard difficulty. There are few things that you can customize later, after you finish the game on a hard difficulty.

As I said every planet is thematicly different and it’s maybe bad that graphics in the game aren’t better. The game graphics are somewhere in the middle, it’s not certainly the best, but they are not so bad. All along on your way to the end of the game, a nice and catchy music will play in the background. I am satsfied how game looks presentationaly. The whole design of the game is good, from level design, music, graphics. Thats just one more good thing I can say about the game, especially when the gameplay of the game is fun and very good. If you look at system requirements, you would be surprised how strong your PC needs to be to play a platformer, but system req. aren’t true so don’t worry. Smooth gameplay is very important in this game, because Bob is very sensitive creature and if game laggs, then you will probably die. There are few things in option menu to tweak, but not a lot. 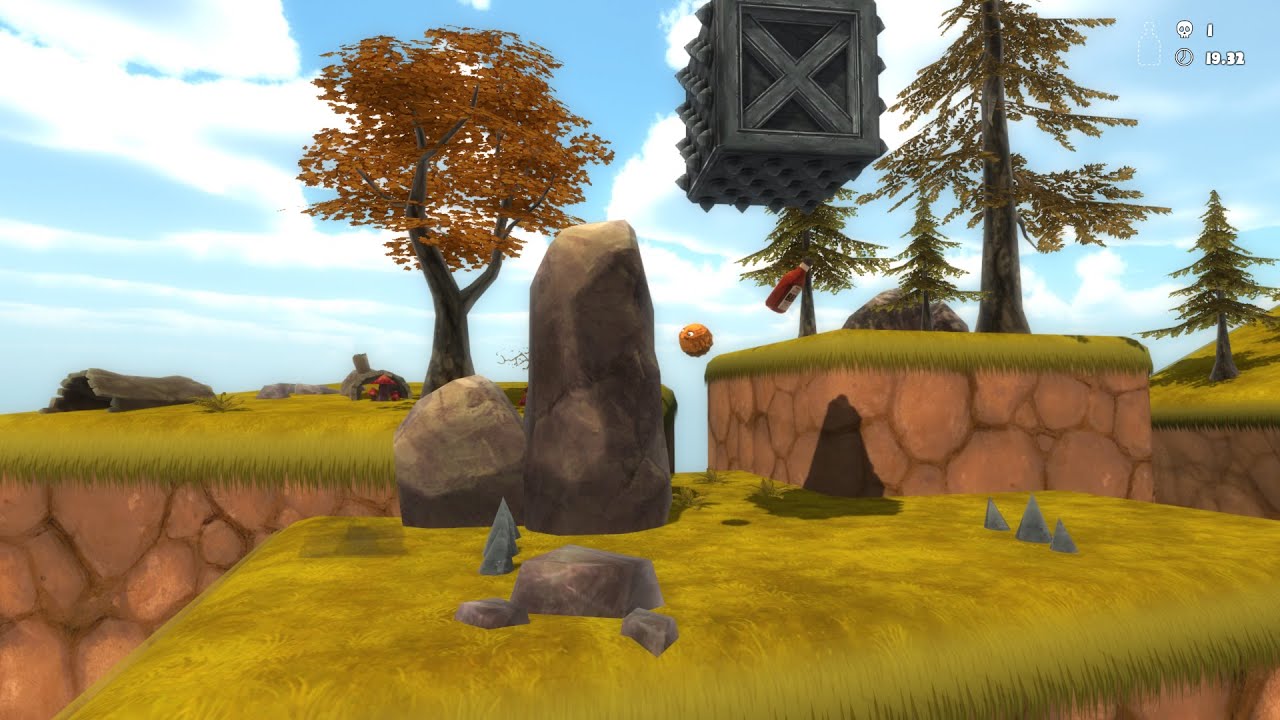 I remember that in the past prices of the games never really meant something, but nowadays, gamers are really comparing the price and what game gives you for that price. The price tag of Bob Was Hungry is probably the right one, because you get a interesting single-player campaign and you will get a lot of hours through co-op and mutliplayer modes. I recommend everyone to try this game, maybe it is not for everyone, but if you can master the controls and if have few friends to play with them, you will have a lot of fun and many hours spent in Bob Was Hungry world.