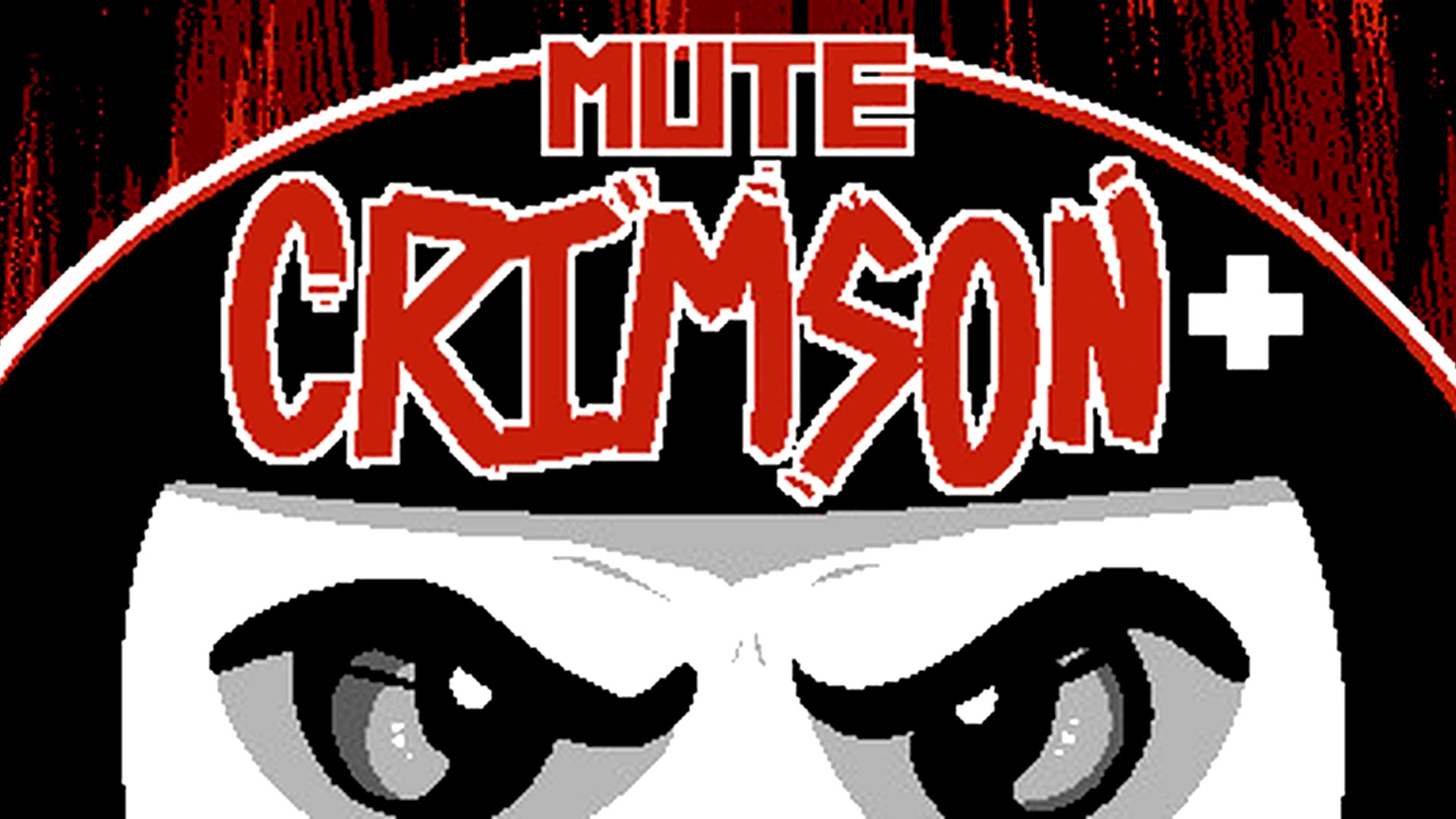 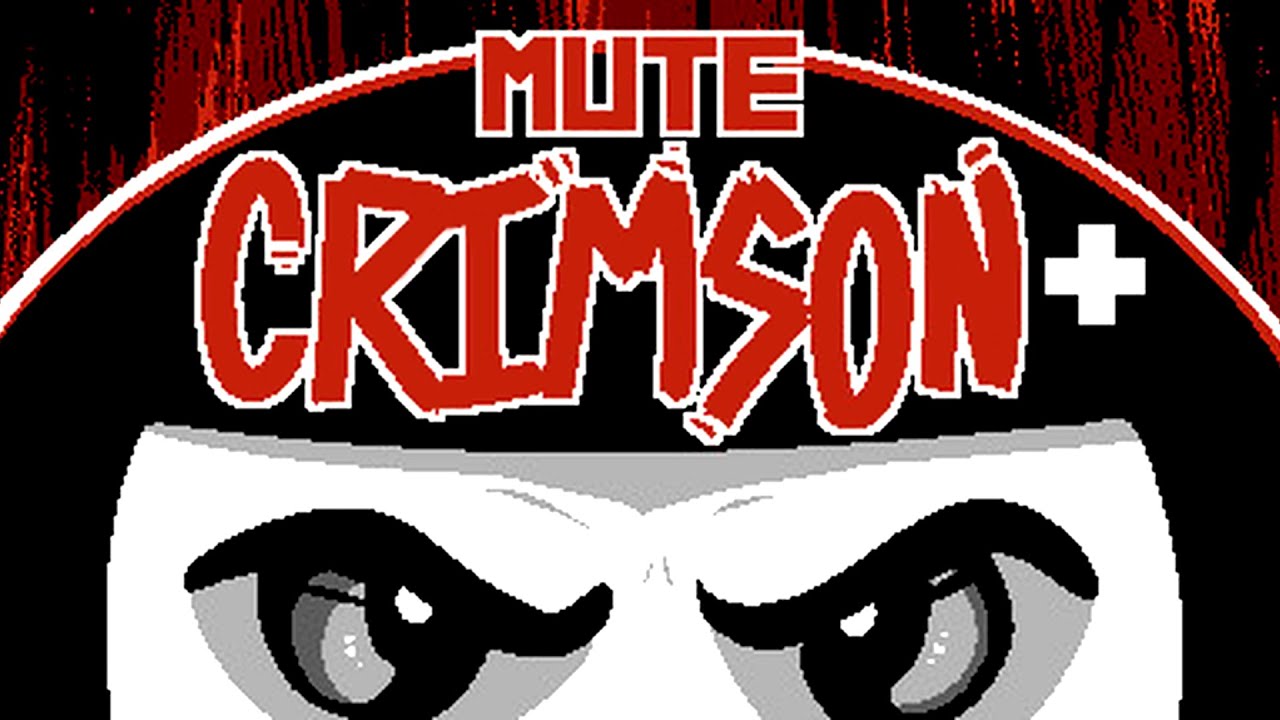 Black, white and red. The only three colors in the Mute Crimson+ world. You are the ninja, master of martial arts, espionage, diversity and many more. You are on your way to save the world. You will stumble on enemies, random obstacles and the most important thing, bosses.

Mute Crimson+ is an action side-scrolling  retro-style game with great soundtracks and pixel art. Cutscenes are unusual for this kind of games, especially when you have a little bit of humor in them, in an old chinese movies style from 70’s. You know those one that were synchronized very bad for US market.

Seven worlds for you to conquer with each one being harder than the previous one. Thats where the game gets fun, frustrating, tricky. This is the game in which you will feel everything: happiness, sadness, frustration, anger. I mean just everything, but in the end you will always be satisfied, because this game is a lot of fun and whats a good thing that enemies and bosses aren’t so hard to beat and they are not the “main thing” in the game as you maybe think.

Running, timing and learning the patterns is the main thing. No lives, no health, no points and high scores for you to reach. Mute Crimson is the mix of retro and modern. Everything works so well in this game. Maybe it’s a good thing that killing enemies and bosses isn’t such a big deal, because running and jumping around to pass the obstacles is very fun and enjoyable. Of course sometimes you will need to play some level or just a tiny part of the level few times to finish it, but when you learn the pattern, then everything goes smoothly. As I said, timing and learning the pattern is very important and when you master that, nothing is on your way, beside the last boss. Developers did a great job of world and level designing. The pixel art looks great: backgrounds, design of every character in the game, same as the design of objects. There aren’t repeating levels (at least I haven’t noticed ones), they are all unique, hard in their own way and you will never be bored with this game.

Nothing in this world is perfect, so don’t think Mute Crimson is. Even if I wrote that it’s a good thing that enemies and especially bosses aren’t so hard to beat, but the reason why they aren’t so hard to beat is because they have the similar patterns. They move differently and attack you, but most of the time you just need to hit them three times and of course dodge their attacks. The obstacles  and the levels in this game are getting harder as you progress, but that’s not the case with bosses and enemies. If they made both of them harder, this game would be even more fun than it is now. There are few enemies in the game: ninja that looks like a villager, dog (reminds me on those ugly dogs from Resident Evil movies), snakes and eyes. None of them can be considered like a real threat, you don’t even need to kill them, because you will not get any points or anything extra for killing them. I consider them as just another obstacle on your way to save the world, but you always need to be careful. No health in this game, so if you touch the enemy or anything else, you die instantly, but then again no lives so you can die as much as you want and that’s just part of this game. Finishing this game without dying is pretty much impossible mission, well let’s say like this: 99.99% that you will die at least once.

After 8.9 hours of playing the game I finally managed to finish it. What now? A lot of games don’t have the replay value, but that’s not the case with Mute Crimson . After you finish the classic Mute Crimson, you can play the so popular plus mode, there is an arcade mode for both classic and plus Mute Crimsons. Arcade mode is a real deal, because you have only 9 lives and you are not able to continue after that. Only the true masters of this games or the similiar games will be able to finish it. Let’s say that you will need around 20 hours or less to finish both classics and plus modes and if you want more of the same, just try to finish arcade modes. This game surely has a replay value, it’s just up to you, how much and what will you play . I started to play Mute Crimson plus mode and I must say it’s really fun to try to finish the game again. I now have that required skills and I learned some tricks, so its easier for me to finish the game and much funnier. Most of the levels in Mute Crimson hides coin. With coins you can unlock some stuff in the game. Most of the times it’s very hard to get coins, but when you get it, the feel is fantastic.

Mute Crimson+ is a great game and I recommend to everyone to at least try it. Amazing level design mixed with beautiful soundtrack and pixel art. Too bad story is the standard one, because they’ve done a good job with cutscenes. For €5 you will get around 10 hours of gameplay and if you want get all achievements or finish everything in the game, then you will certainly have more hours of fun. The game has a replay value and you can’t get better content for €5 only. As I said, the game is mix of retro and modern, levels are getting hard as you progress, there are enemies in the game, but they are not the real threat, bosses are quite easy to kill them, when you learn the pattern. If you are bored and don’t know what to play, I strongly recommend Mute Crimson+.